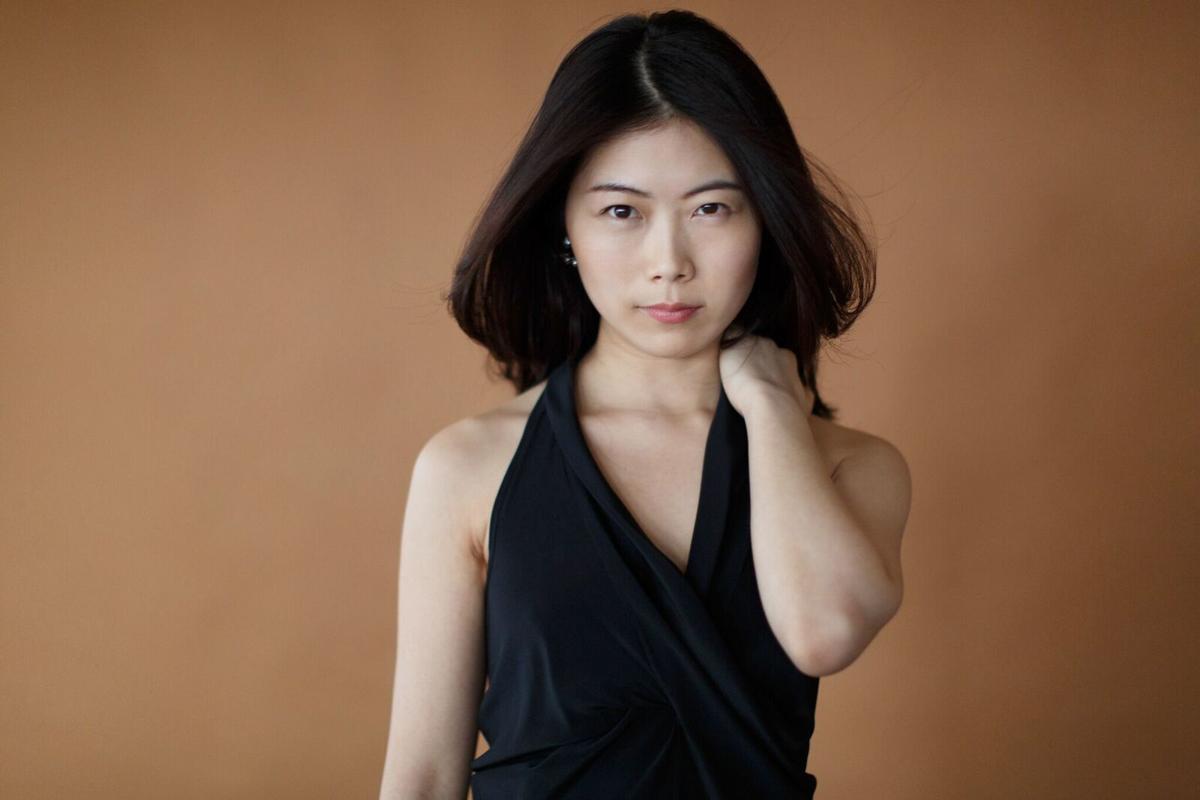 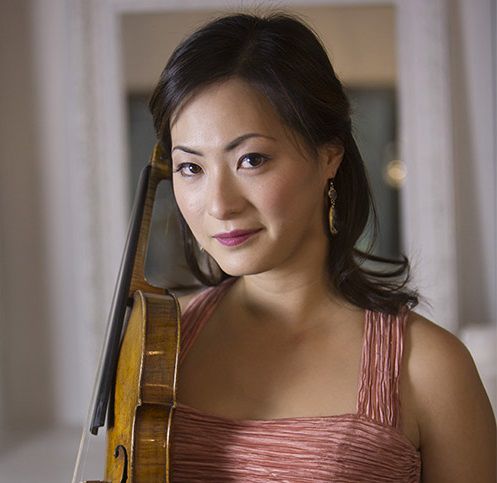 Violinist Hye-Jin Kim brought down the house in a performance with the Buffalo Philharmonic Orchestra. (Photo by Kristen Jensen)

The Buffalo Philharmonic Orchestra has brought us, in the past, loads of Russian drama. But the performance Sept. 29 took the cake.

The first half featured the young South Korean pianist Hye-Jin Kim playing one of the great warhorses of all time, Tchaikovsky's massive Piano Concerto No. 1.

And after intermission Music Director JoAnn Falletta conducted Prokofiev's Symphony No. 5, a tour de force if ever there was one. The scorched-earth last movement is something everyone, I think, will remember. The drama on stage! You couldn't look away. But I am getting ahead of myself.

The concert began quietly, the way big storms do.

First up was  "Let the River Be Unbroken," a contemporary piece by George Tsontakis, a Juilliard-trained composer born in New York City in 1951.

The music had me from the start. You heard a lone fiddle playing a Scottish tune. It was muffled and distant and from the balcony, there was excitement as we saw people below turning their heads and realized the fiddle was coming from the back of the hall. It was the uber-talented BPO violinist Amy Licata -- who moonlights as a bluegrass player. She made her way slowly to the stage, her tune never wavering. The effect was mesmerizing.

The rest of the orchestra took up her tune, and things built to a beautiful wash of sound, dominated by strings. The music is meant to conjure up the era of the Civil War, and it had a haunting feel. Nothing gold can stay, and after a while, things branched out to involve the rest of the orchestra. That was just the first time we switched gears -- it happened many times, and the piece became rather disorganized. But it kept your attention. It could make you think of those musical pastiches, going in and out of key, in some of the Beatles songs -- "A Day in the Life," for instance, or "All You Need Is Love." It had a mercurial, stream-of-consciousness feel.

When it ended it was like a balloon landing gently. We came back to start, with the lone fiddle. Licata departed the stage and the song faded out, gradually. The good-sized crowd loved it.

The Tchaikovsky was, of course, worlds away from this. But the piece is so familiar, and it grabs you from the beginning, with those giant, stomping chords.

HyeJin Kim, gorgeous in a skin-tight gown, threw herself into it with grace and fortitude. Her technique was admirable. She pulled off runs with a flickering swiftness, and she elicited a good volume out of the piano without pounding. On top of all that she seemed genuinely to enjoy the music.

She had a fine stage presence, too. When folks applauded after the first movement -- heck, it was hard not to, given her showmanship -- she bowed and acknowledged the cheers, smiling. The slow movement was tender and lovely. It is sweet how Tchaikovsky has the soloist accompanying various members of the orchestra as they take turns at the heart-melting melody. Everyone gets to share the glory.

The finale brought the house down, as it should -- it is hard-wired into the music. Kim rode the waves with finesse. She ended it with a terrific flourish. Brava. She then rewarded the long applause -- whistles, even -- with a beautiful encore, the Intermezzo in A by Johannes Brahms. I love this piece, and I love her for playing Brahms. Her performance had the utmost delicacy. I wonder how many people were hearing this music for the first time. I envy them.

The Prokofiev was a game changer.

Prokofiev's Fifth Symphony has it all. It has the composer's signature dance rhythms -- think "Romeo and Juliet" -- and his bombastic brass and percussion, and his spiky, syncopated lines, his honking tuba, his pops, bells and gongs. All right, so I am a Prokofiev fan. I love it.

In the second movement, a kind of scherzo, the rhythms were so infectious that a gentleman behind me began slapping his knees in time. Distracting as it was, I had to smile. He couldn't help it.

The BPO made the most of it all. The martial rhythms, the declamatory brass, the silken strings -- all of them stood out in sharp relief. Watching the orchestra carry it off was like watching a ballet. It all peaked in the athletic last movement. If you are new to Prokofiev, this is the music to hear. It is like watching a cutthroat Sabres game. It will have you on the edge of your seat.

I can't give you the details, because I couldn't take notes. The sight as well as the sound was overwhelming. It was all hands on deck. Every musician was in it to win it. Fingers were flying. Instruments were flying too, sometimes. In the heat of battle, Assistant Concertmaster Angarius Aylward dropped his bow, something I have never seen happen. He and Associate Concertmaster Amy Glidden, acting as concertmaster on this memorable night, had to scramble, which they did without missing a beat. The cellos then took the spotlight, frantic and passionate. Roman Mekinulov, the principal cellist, was leading them like a general.

The coda was like a fireworks display -- booming, startling rhythms, and then a crazy, joyous, astounding ending. So much fun.

Watch now: Be part of the art when 'Beyond van Gogh' visits Buffalo

Among fans and musicians, a divided view on vaccination passports

Hear thoughts from people in the live music industry on Covid-19 vaccines and whether they should be required for fans to attend shows.

Violinist Hye-Jin Kim brought down the house in a performance with the Buffalo Philharmonic Orchestra. (Photo by Kristen Jensen)