As the pandemic zigs, the live entertainment business zags
0 comments
Share this
Support this work for $1 a month
1 of 2 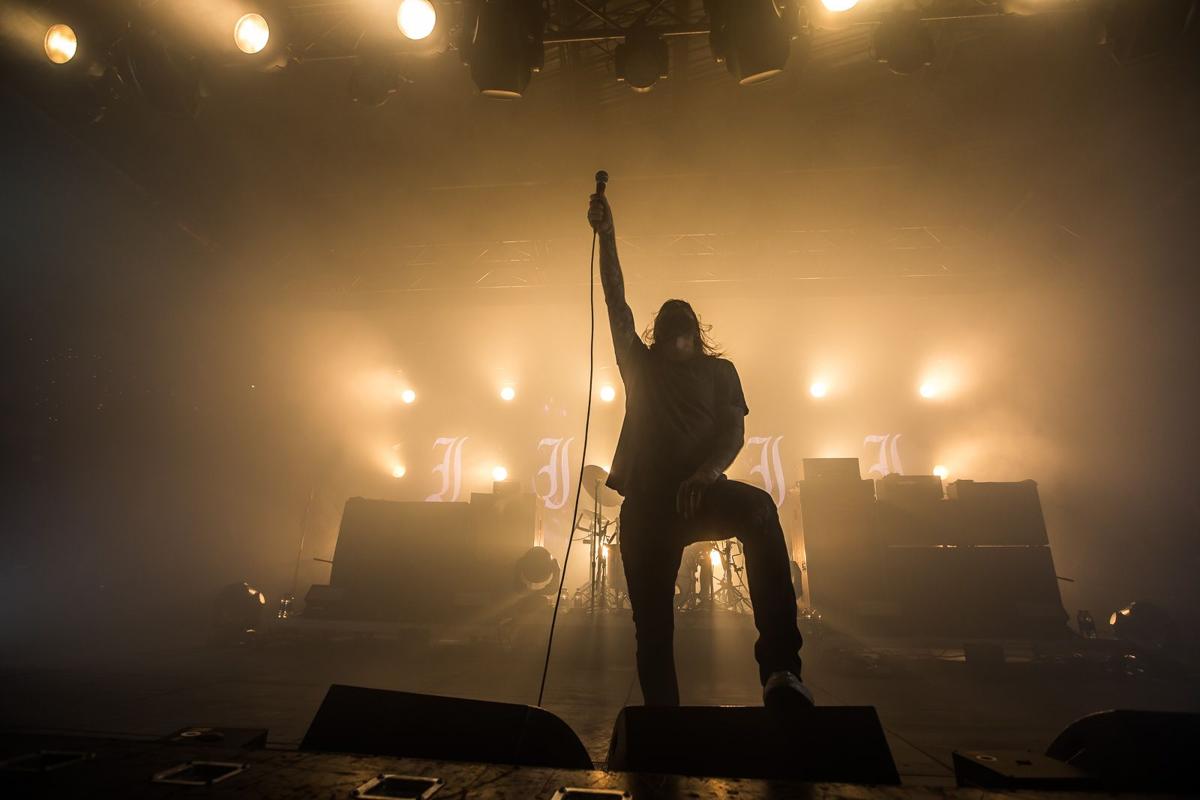 Every Time I Die, seen here performing at Buffalo RiverWorks in 2019, is among a growing list of bands and artists announcing new admittance policies for its shows. 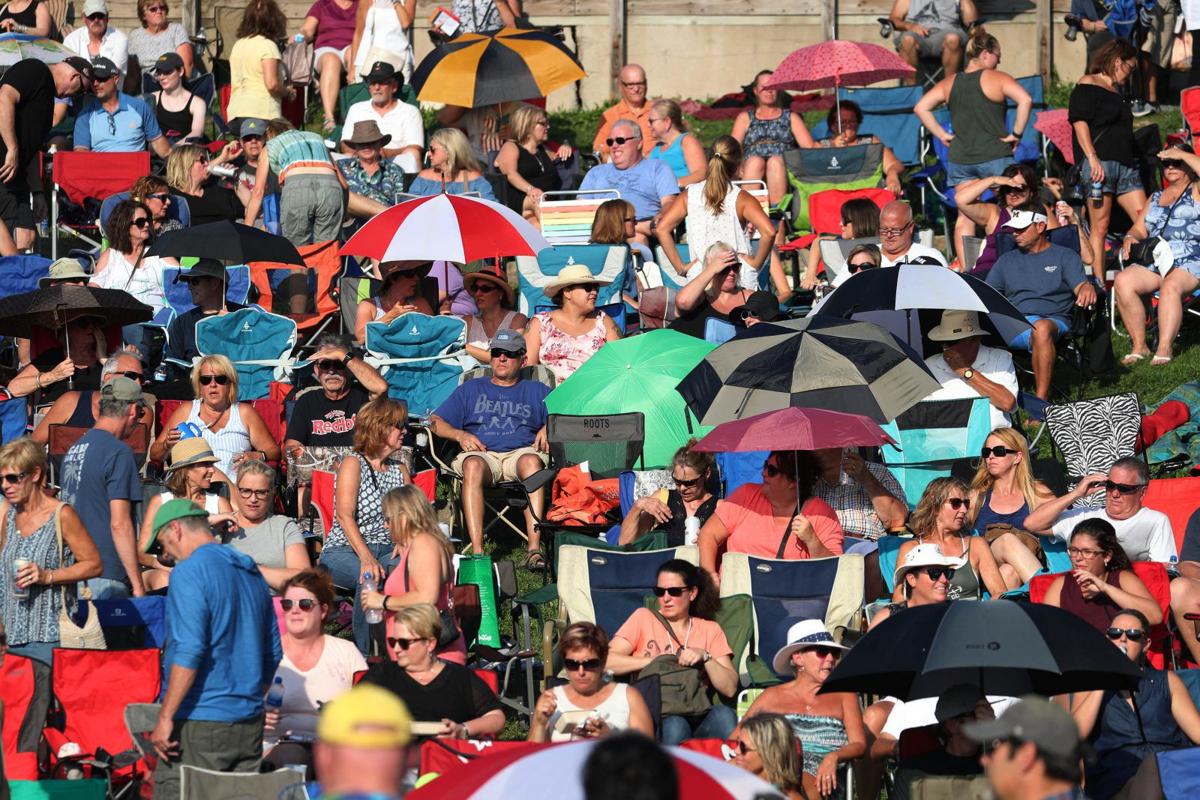 An Artpark crowd photographed during the summer of 2019.

On Aug. 14, tens of thousands of mostly unmasked music fans packed Highmark Stadium in Orchard Park to see Billy Joel perform and to celebrate what seemed like a sign of a return to normalcy.

Less than two weeks later, that event is looking more like a musical outlier.

Jeff Miers: 'Packed to the brim' concerts are back, but fans still mindful of Covid risk

"If you didn’t know better, you’d be forgiven for thinking that we were living in the relatively carefree August of 2019, rather than enduring a prolonged pandemic in 2021," writes Jeff Miers.

Faced with rising positivity and hospitalization rates here and across the nation, and buoyed by news that the U.S. Food and Drug Administration had given full approval to the Pfizer-BioNTech coronavirus vaccine, artists and venues have decided that using an honor system for patrons is too risky and are instead taking responsibility for slowing spread of Covid-19.

• Artpark announced that Grammy-nominated singer-songwriter Phoebe Bridgers will require proof of full vaccination for entry into her Sept. 15 performance. “Proof of a negative Covid test will not suffice,” according to the venue’s press release. No one under the age of 12 will be admitted.

• The Buffalo Philharmonic Orchestra announced that it will require all patrons to show proof of vaccination or a negative Covid-19 test to attend any performance at Kleinhans Music Hall, beginning Sept. 11.

"The safety of our musicians, staff, volunteers and community is our #1 priority, and we will continue to follow all local, state and federal COVID-19 guidelines," BPO said in a statement released Tuesday. "No matter the scenario, we are dedicated to our mission of providing beautiful symphonic music for the Western New York community and beyond."

• When Every Time I Die plays Aug. 26 at the Rec Room on West Chippewa Street, proof of a negative Covid-19 test taken on the day of the show will be required for entry, for both vaccinated and unvaccinated patrons.

Live music business casts a wary eye toward the fall

This summer was starting to look like a bounce-back for the live entertainment industry. But now, red flags have appeared.

Musician Jason Isbell is being given credit for helping to draw attention to the dilemma theaters and venues face. Earlier this month, he began requiring that patrons had to show proof of vaccination to get into his shows. If venues would not comply, he said he would cancel shows.

Dave Wedekindt, vice president of concerts & marketing for Artpark, said that kind of approach seemed to have an effect.

“I think the artists are starting to collectively realize that they need to step up and use their voice, if it’s going to help more people get vaccinated,” he said. “Because as much as people want to debate about it, it is our ticket back to having these live events.”

A recent Artpark show featuring Joe Russo’s Almost Dead embraced a similar policy, and Wedekindt said there was “a serious lack of pushback.” That was a shift from the spring, when Artpark customers took to social media to complain about the venue's proposed vaccinated-only policy – a policy that changed when Covid-19 protocols were lifted by New York State and is now changing again.

The shift is not confined to concert venues; other performance spaces have decided that it is too risky to leave it up to their audiences to decide how best to keep everyone safe.

'It all seems very selfish to hit the road right now': Buffalo rapper Chuckie Campbell on touring this fall

• Shea's Buffalo Theatre announced that all patrons, volunteers and staff must wear a mask regardless of vaccination status for all performances of "Frozen," opening Sept. 10.

• Road Less Traveled Productions previously announced it will require proof of vaccination when its season opens on Nov. 4.

Forms of proof include a CDC-issued vaccine card or New York State Excelsior Pass, along with photo ID.

Artpark's Wedekindt said the fact that his venue's first attempt at requiring vaccination proof went well could be a sign of things to come.

"People showed up with their vaccination proof, and there were really no problems at all," he said. "There’s been a shift in the general consciousness regarding this issue. And that’s a good thing for the future of these concerts we all love.”

The Borderland Music + Arts Festival has joined a growing list of venues, concerts and festivals that will require full vaccination or proof of a negative Covid-19 test for entry.

As the NFL's opening weekend approaches, in Orchard Park and across most of the league, tens of thousands of fans in soaring stadiums will cheer on the home team without knowing the vaccination status of many of the people sitting around them.

Phoebe Bridgers will perform Sept. 15 at Artpark in a concert that will only allow vaccinated ticket holders.

Every Time I Die, seen here performing at Buffalo RiverWorks in 2019, is among a growing list of bands and artists announcing new admittance policies for its shows.

An Artpark crowd photographed during the summer of 2019.