This year's festival runs from April 24 to May 14, with a kickoff event that featured "The Samuel Project" at the Transit Drive-In in Lockport on April 22. Twelve films will be screened from Germany, Italy, Norway, Israel and the United States, with each available to be seen in 72-hour periods.

"I think people appreciate the variety of films that they get in the festival, which this year includes films from countries that aren't always represented," said Mike Silverman, who chairs the Jewish Community Center of Greater Buffalo's selection committee.

A highlight are three virtual Talkback Tuesdays, which he said have proven to be popular.

The April 27 talkback will feature Ryan Porush, director of "The Passengers," a film about Ethiopian Jews trying to emigrate to Israel. On May 4, a local panel will discuss "Shared Legacies," about the alliance of Blacks and Jews during the civil rights movement. On May 11, Eileen Angelini, an expert on Vichy France, will moderate a discussion on "Irrepressible Woman," a French World War II film.

Silverman said going virtual because of Covid-19 is proving more popular than expected. Just two people out of 125 expressed dissatisfaction last year in a questionnaire.

"In fact, we may have a hard time going back to the theaters," Silverman said.

Silverman said before the festival that he was excited to start it at the drive-in. "We will have the large screen feel again. That is something people have been missing, so at least we can have it for that one showing," he said.

Here are the films that will be shown in the virtual screenings. Each is available to be seen within a 72-hour time period as noted.

"Aulcie" (USA, 75 minutes, not rated). The story of Aulcie Perry, a basketball legend from Harlem who led Maccabi Tel Aviv in 1977 to an upset win in the European Championship, converted to Judaism and became an Israeli citizen. Screenings: 6 p.m. May 4 to May 7.

"Bukra Fil Mish-Mish" (Israel, 73 minutes, not rated). A man discovers an archive of animated films from Egypt in his basement made by his uncles that starred Mish-Mish Effendi, the Arab equivalent of Mickey Mouse. He begins restoring the films and unveils the story of the rise and fall of these pioneers of Arab animation. Screenings: 6 p.m. May 8 to May 11.

"The Crossing" (Norway, 96 minutes, not rated). Ten-year-old Gerda and her brother Otto, whose parents are in the Norwegian resistance movement during World War II, discover two Jewish children hidden in a secret cupboard in their basement and help them flee the Nazis. Screenings: 6 p.m. May 11 to May 14.

"Incitement" (Israel, 123 minutes, PG-13). A psychological thriller that follows the year leading up to the assassination of Israel's Prime Minister Yitzhak Rabin in 1995 from the point of view of the assassin. The film also details the religious, personal and political turmoil of a torn society on the brink of civil war. Screenings: 6 p.m. May 11 to May 14.

"An Irrepressible Woman" (France, 103 minutes, not rated). A teenager falls in love with a Socialist premier who led a French Popular Front government in the 1930s. She risks her life to find him in the Buchenwald camp after the German invasion. Screenings: 6 p.m. May 8 to May 11.

"The Last Supper" (Germany, 80 minutes, not rated). A German-Jewish family gather together for a family dinner on Jan. 30, 1933, the day Hitler comes to power. They discuss how circumstances may or may not change for them, with little foresight of what is to come. Screenings: 6 p.m. May 4 to May 7.

"The Passengers" (USA, 72 minutes, not rated). Two young Ethiopian Jews go on a fateful trip to America as representatives of an advocacy campaign, with the goal of entering Israel as citizens. Screenings: 6 p.m. April 24 to April 27.

"The Samuel Project" (USA, 92 minutes, PG-13). An outcast teen connects with his isolated grandfather Samuel. He makes the Jewish dry cleaner the subject of an animated art project for school, which reveals a surprising past. Screenings: 8:30 p.m. April 22 at the Transit Drive-In; virtual screenings, 6 p.m. April 24 to April 27.

"Shared Legacies" (USA, 95 minutes, not rated). The story of friendship between Jewish and African American communities allied during the civil rights movement. Screenings: 6 p.m. May 1 to May 4.

"Starry Sky Over a Roman Ghetto" (Italy, 100 minutes, not related). The discovery of a puzzling photograph sparks a student to probe the history of Rome's Jewish ghetto and the fate of a little girl in this Italian teen drama. Screenings: 6 p.m. May 1 to May 4.

"Sublet" (Israel, 89 minutes, PG-13). A New York Times travel writer goes to Tel Aviv after suffering a tragedy and recovers with the help of the city's energy and relationship with a younger man. Screenings: 6 p.m. April 27 to April 30.

A SENSE OF CULTURE JEWISH FILM FEST TO FEATURE FILMS FROM FRANCE, POLAND, GERMANY, CANADA, ISRAEL AND THE U.S.

The annual Jewish Film Festival gets under way Saturday, which means Buffalo gets to be host for an array of comedies, dramas, love stories and documentaries from around the world. This year’s bunch comes from six countries – France, Poland, Germany, Canada and Israel, as well as the United States. “Our goal is basically to bring a genre of

10 films will be screened in 31st annual

A Jewish girl in a French orphanage lead her friends toward safety in Switzerland during World War II in “Fanny’s Journey.” Women congregants in a synagogue react against a new rabbi in “The Women’s Balcony,” a comedy that was the highest grossing film in Israel in 2016. In “The Ambassador’s Wife,” an Eritrean woman becomes an illegal refugee in 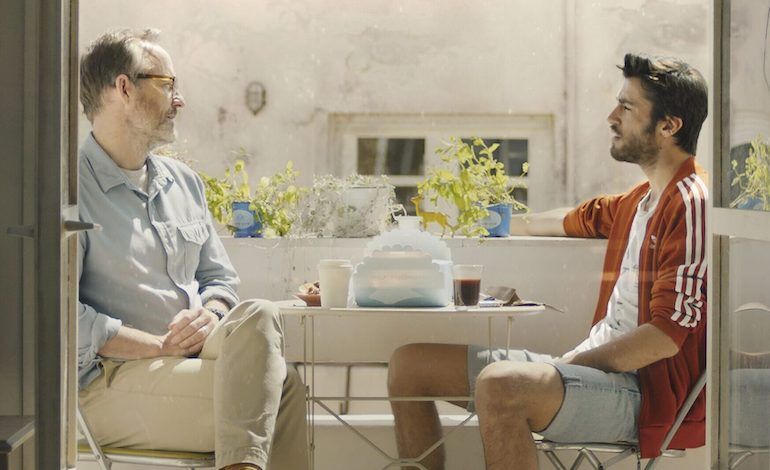 "Sublet" is part of the Buffalo International Jewish Film Festival. 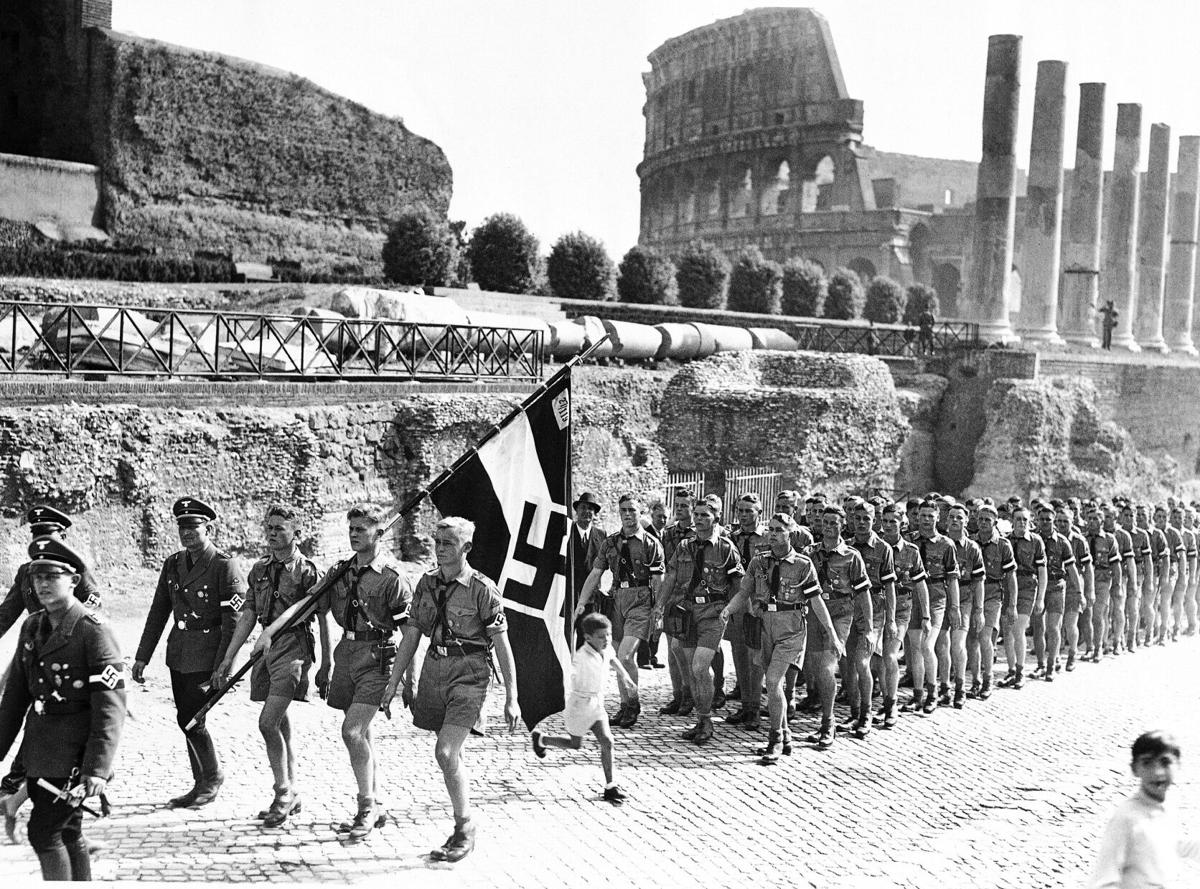 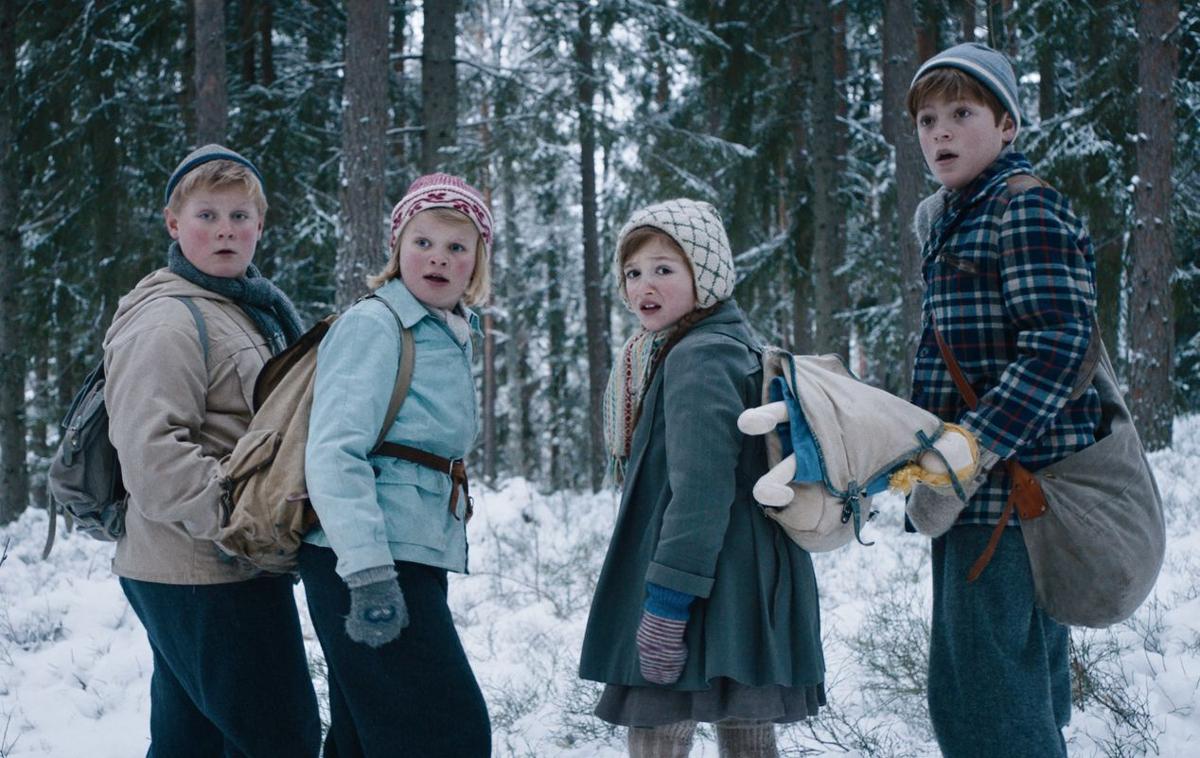 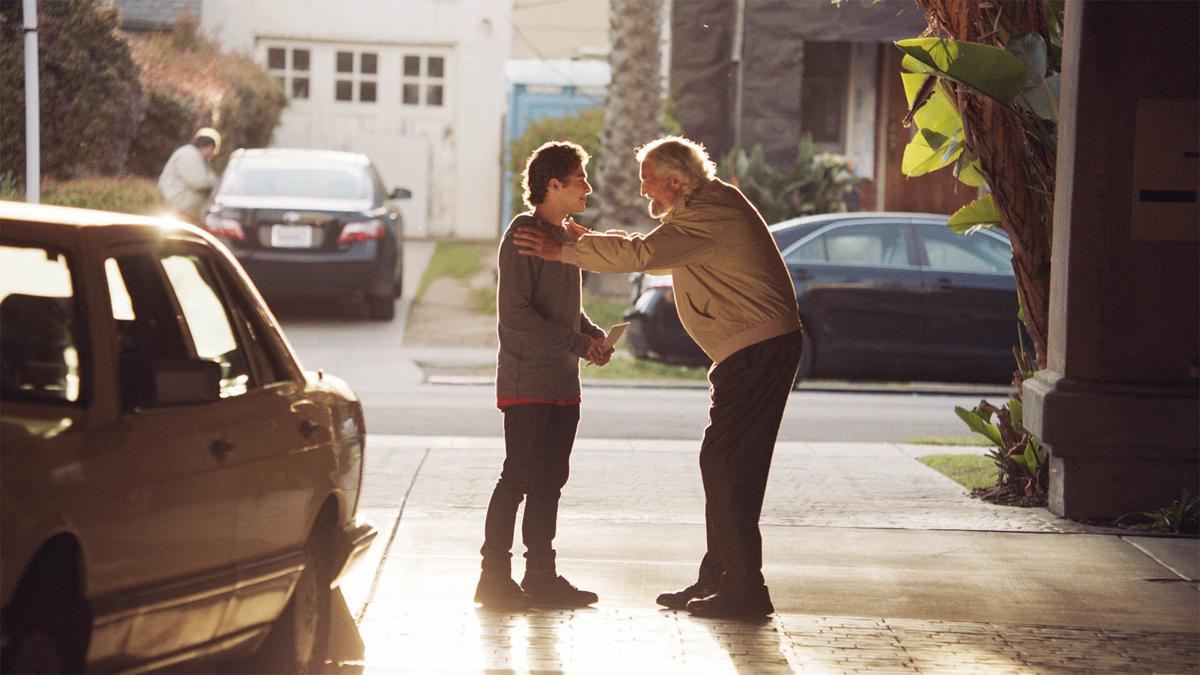 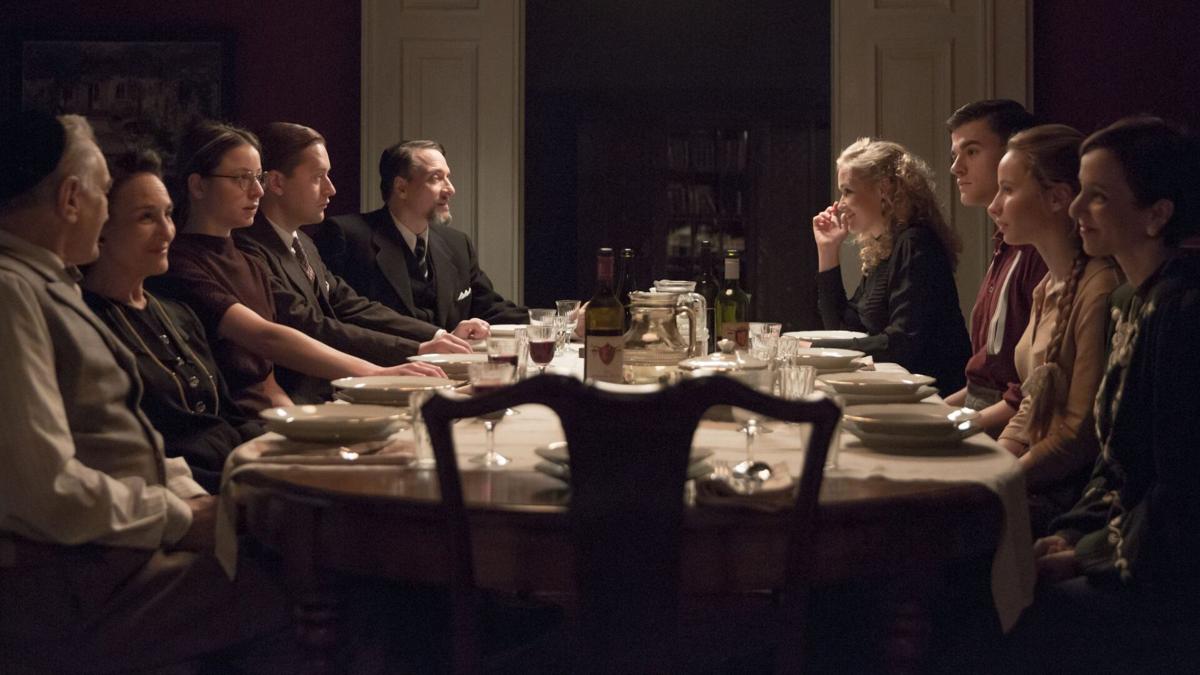 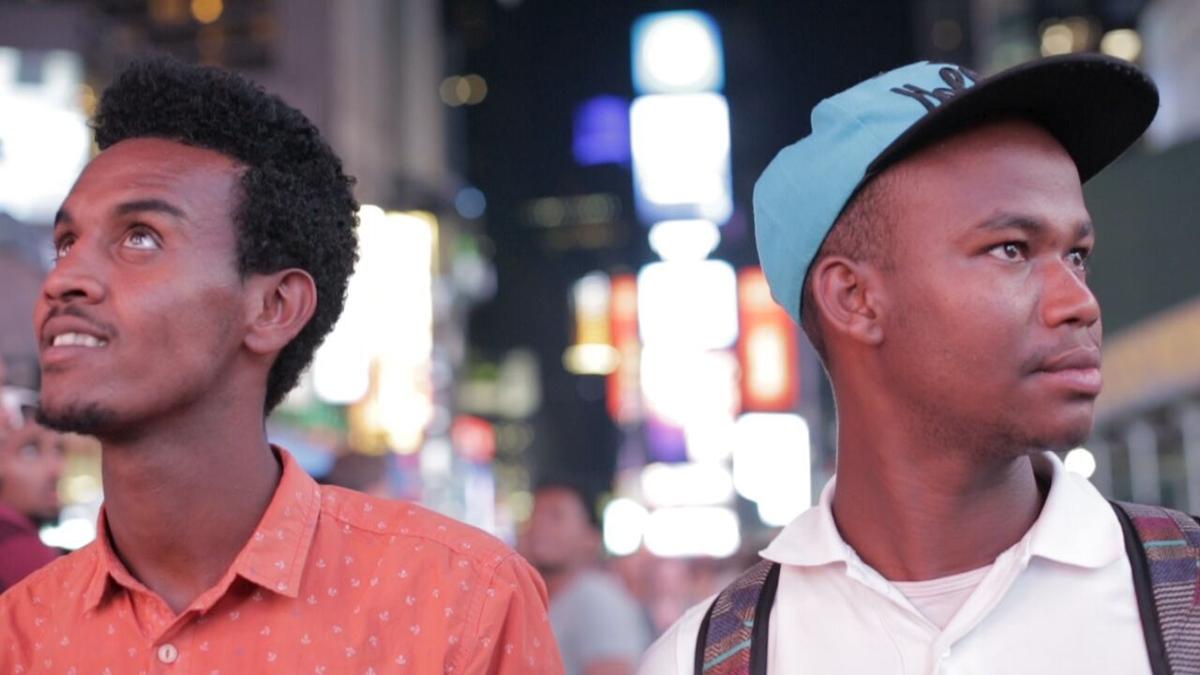 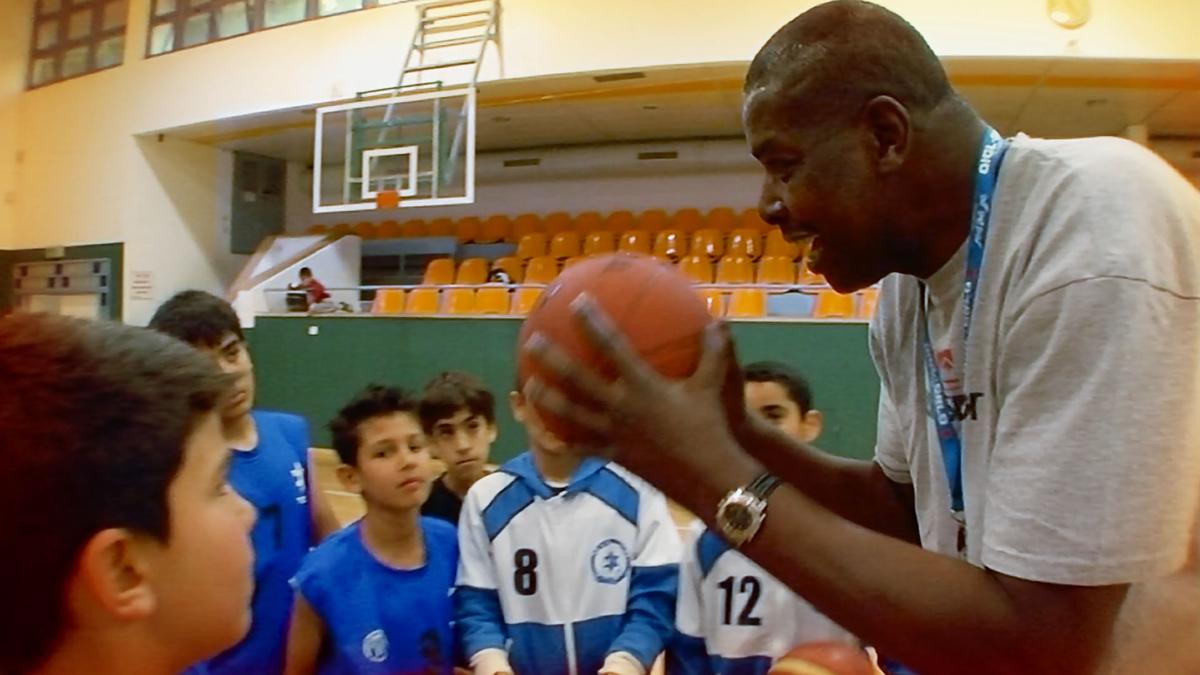