In anticipation of its new May 28 theatrical release, the final trailer is out for the Buffalo-made film "A Quiet Place Part II" and it takes us right to the terrifying start of the alien invasion.

Flashback scenes in the new trailer show actor John Krasinski walking through a pharmacy as news of the attack plays out on TV only minutes before the town is invaded. The town is played by the Village of Akron, where businesses along Main Street sported new facades courtesy of the production.

"A Quiet Place Part II" filmed throughout the greater Buffalo area in the summer of 2019. Other locations included North Tonawanda, Orchard Park, Dunkirk and Chautauqua County. Soundstage work was done at Buffalo FilmWorks.

The original 2018 blockbuster from Paramount Pictures stars Krasinski and his real-life wife Emily Blunt as a couple trying to protect their family from the aliens. It was a surprise hit, grossing more than $340 million worldwide on a budget of $17 million. The sequel picks up right where that film ended as the Abbott family is forced to leave their farm to fight for survival.

The film's May 28 release is more than a year after its original premiere date of March 20, 2020, was delayed multiple times because of the Covid-19 pandemic. Tickets are on sale now at virtually every local movie theater for showings as early as May 27. Visit fandango.com.

Krasinski wrote the sequel and is again the director; Blunt, Millicent Simmonds and Noah Jupe return. It also stars Cillian Murphy (“The Dark Knight”) and Oscar-nominated actor and Djimon Hounsou (“Guardians of the Galaxy” and “Captain Marvel").

When the film was first delayed, Krasinski tweeted to fans that he would "wait to release the film til we CAN all see it together."

In a new featurette released by Paramount, both Krasinski and Blunt expressed their excitement over the movie finally making it into theaters.

"It's very exciting to come back to theaters to see 'A Quiet Place Part II' because it was always designed for a theatrical experience," Krasinski said.

"It's a horror movie. You want to watch it in the dark and jump and leap and gasp together," Blunt added.

We've all fought family battles on behalf of quietude for those we love. Here's another cannily made 90-minute movie about folks whose enemy is another species' monstrous hearing.

A new trailer for “A Quiet Place Part II” that is set to air during Super Bowl LIV on Sunday, is sure to draw a gasp from those who saw the blockbuster original. [Spoiler alert ahead] Director/actor John Krasinski, who played Lee Abbott in “A Quiet Place,” makes a surprising re-appearance in this new trailer for the Buffalo-made film.

'A Quiet Place Part II' trailer is out. Can you spot the WNY landmarks?

The first trailer for “A Quiet Place Part II” was released today, and Western New York plays a big role in the film. A teaser trailer was released Dec. 18, which hinted the sequel picks up the timeline directly where the first movie left off, with the Abbott family living in a world overrun by alien creatures. Both films

What do we learn from first look at Buffalo-made 'A Quiet Place Part II'?

The first photo, a teaser trailer and poster have been released for the Buffalo-made film “A Quiet Place Part II” and although they look rather nondescript, they also seem to give us an important bit of information about the sequel. In the photo, the surviving members of the Abbott family – mother Evelyn (Emily Blunt) and her teen children

An Erie County beach is the recent beneficiary of the economic windfall generated by the locally filmed movie “A Quiet Place 2.” In an unusual arrangement, in exchange for Erie County allowing filmmakers to use Bennett Beach in Angola as a site for movie scenes, Paramount Pictures donated $4,500 to the county’s Department of Parks, Recreation and Forestry for

In keeping with its name, “A Quiet Place 2” has maintained a low profile while filming locally this summer, but it is quietly becoming the biggest movie ever shot in and around 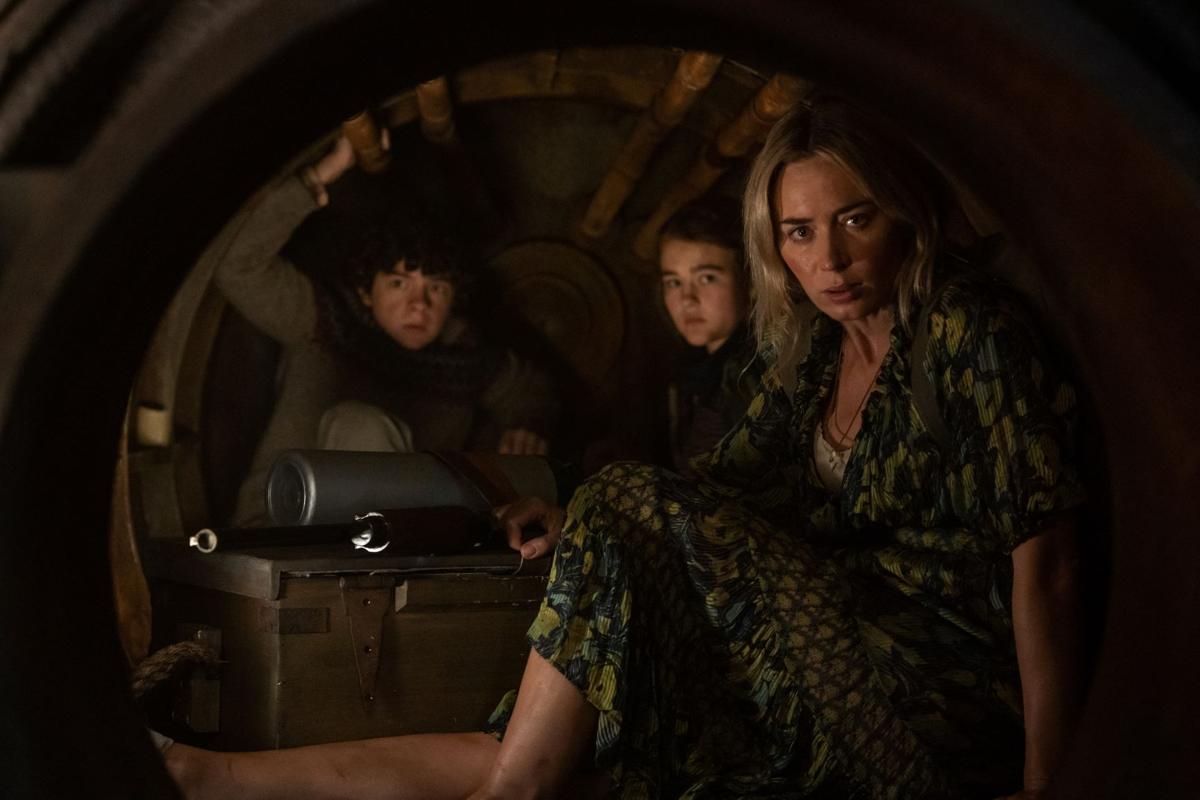 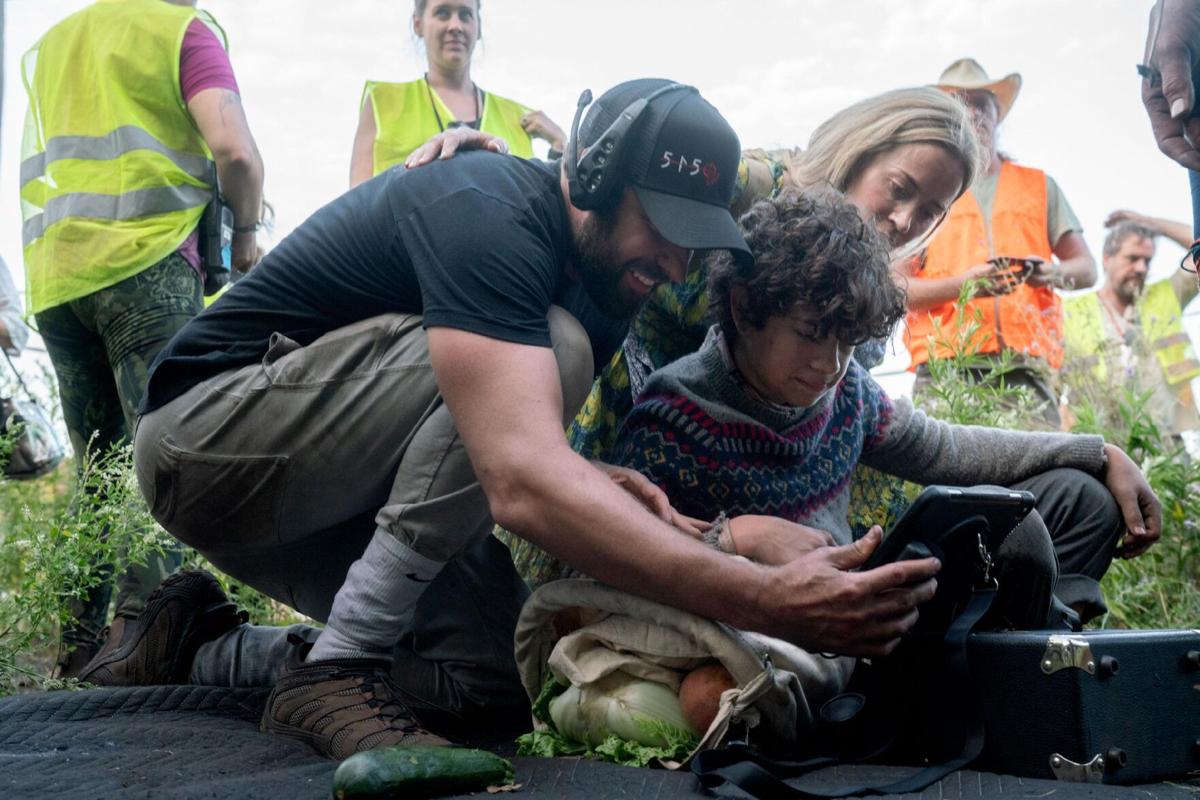 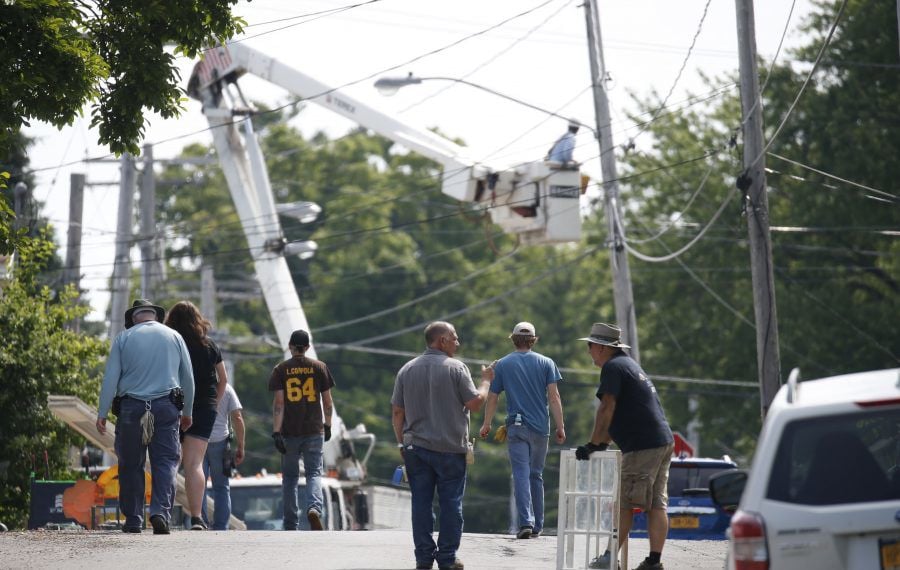