In an era of profound racial reckoning in U.S. history, there is no better time to revisit "The Blackness Project," a 2018 Buffalo-made documentary that was truly ahead of its time and is now streaming on Amazon Prime.

Made by Buffalo-born filmmaker Korey Green, “The Blackness Project” uses Black voices and perspectives in a frank and ongoing discussion about race in America.

The idea for the film came after Green saw an online documentary that explored race by centering on the voices of 21 white people from Buffalo. In the first installment (July 2014) of “The Whiteness Project,” documentary filmmaker Whitney Dow chose Buffalo as ground zero  to open candid conversations about racial identity in a divided America.

Green, who grew up on Buffalo’s East Side, felt he needed to respond to Dow’s thought-provoking documentary. By featuring Black Buffalonians relating their racial experiences, Green thought he could show a more diverse Buffalo and also let them do the important work of raising awareness about how deeply race structures American life.

Green wanted “The Blackness Project” to make an impact on conversations about race in America – and its powerful message has resonated since its first screening on Feb. 9, 2018. In addition to being on Amazon Prime, it is streaming through the Charles H. Wright African American Museum (Detroit) and Green will be part of an online discussion with Michigan Lt. Governor Garlin Gilchrist on his Facebook page at 7:15 p.m. Feb. 11.

Written and directed by Green, “The Blackness Project” features interviews interspersed with a range of historical images, audio recordings and film clips. Divided into chapters, the documentary tackles such critical issues as racial identity, the ancestry industry, the history and ongoing impact of slavery in America, affirmative action, policing and structural racism.

The film’s opening sequence immediately conveys the project’s power. After a brief glimpse of young Black men in the East Side barbershop Styles of Man discussing social and economic inequality, Green shows how the past lives on in the present. As the plaintive sounds of a call-and-response spiritual channel both the pain and beauty of Black experience, a series of historical images and clips show a harsh history of racial inequality haunting Buffalo.

The influence of “The Whiteness Project” becomes clear from the very lighting of the film’s interviews. As opposed to the stark white backgrounds of Dow’s documentary, Green uses black backgrounds for most of the interviews.

“The Blackness Project” powerfully combines honesty and diversity. The documentary features both prominent and everyday people, allowing typical Buffalonians to be heard alongside academics and activists. Rather than creating a one-dimensional documentary where voices merely echo the filmmaker, Green allows different types of people to speak their truth.

As the many interviewees tell their stories, we learn about both past and present Blackness. Actor and educator Stephen McKinley Henderson surveys the wide range of historical names through which Black Americans have understood themselves. John Walker grippingly conveys how alienated a Black man can feel in today’s America. Social historian and educator Peggy Brooks-Bertram, author of the new book "Dear Kamala," explains the importance of Africa to Black identity. Deja Stevens proudly refuses to live in the shadow of a victim mentality.

Mayor Byron Brown provides a chilling anecdote about the 2005 election that made him the first Black mayor of Buffalo. Recounting how a man called him a racial slur even as he told him that he voted for him, Brown reveals the minefield that many Blacks must walk in an America where racism lives and thrives.

Brown’s graceful response to the voter conveys hope right alongside horror – and, in so doing, captures the spirit of a film that hopes to improve our lives by reckoning with the pain and inequality presented by racism.

In addition to "The Blackness Project," Green – a director, writer and producer – has made numerous short films and also is known for such work as his feature-length “The Romans” (2014), which reimagines Julius Caesar as a modern-day Buffalo mobster. Green's multiples awards includes honors from the American Black Film Festival and Buffalo Niagara Film Festival.

Two of Green’s documentary projects show how his cinematic vision prepared him for “The Blackness Project.” In “The Forgotten City” (2006), Green worked with Buffalo's Addison Henderson in a powerful study of race, crime and poverty in Buffalo as the two filmmakers responded to a murder that affected them by raising consciousness about social problems.

Green also produced “The Experience,” a 2010 documentary directed by Henderson, which explores Black American identity by following five individuals who trace the roots of the Transatlantic Slave Trade back to Ghana.

A filmmaker and father wants to breathe free of anxiety

By Korey Green We continue to take deep breaths – deep breaths to keep calm, to fight back tears and pray as we continue to witness a history of racism. Who are we? We include people of color that have for years felt the impact of historical racism. I ask, is the sin the color of my skin? Why

Rod Watson: For racial dialogue to help, it can't be this easy

Progressive black male filmmaker seeks conservative white Western New York community for meaningful dialogue and possible relationship. Must be open-minded and amenable to change. Maybe filmmaker Korey Green should run that ad to spur the sort of dialogue this community needs to have on race. Green, coproducer of “The Blackness Project” documentary, screened the film last weekend at the

Film, discussion to follow rash of racial incidents around the country

In the wake of the arrests of two black men waiting for an associate in a Philadelphia Starbucks, the forceful arrest of a black woman in an Alabama Waffle House and the summoning of police to question a black Yale graduate student napping in the commons area of her own dorm, a community and panel discussion on “Why Talk

What do black people think about being black? Buffalo filmmaker Korey Green and producer Pete Johnson asked lots of people that question, most of them in Buffalo. The result is “The Blackness Project,” an hourlong documentary in which African-Americans talk candidly about being black. The film will debut during Black History Month at 7:30 p.m. Feb. 9 at Burchfield 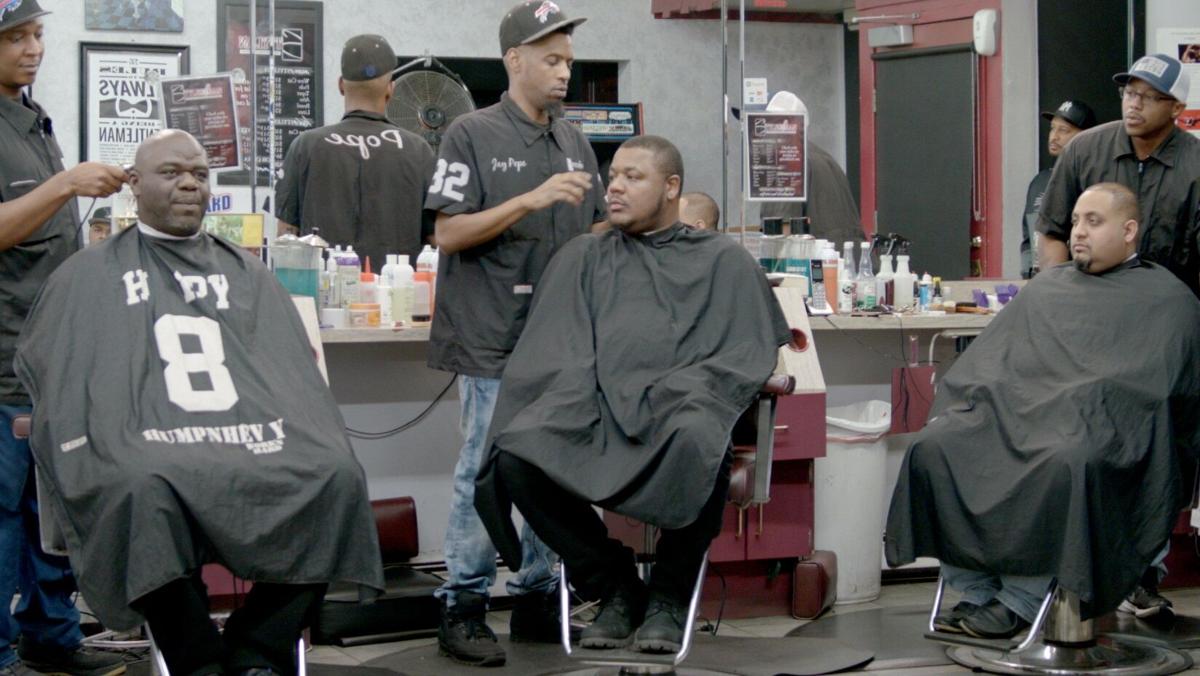 Buffalo filmmaker Korey Green, pictured in center seat, talked to customers at the East Side barbershop Styles of Man for his critically acclaimed documentary "The Blackness Project." 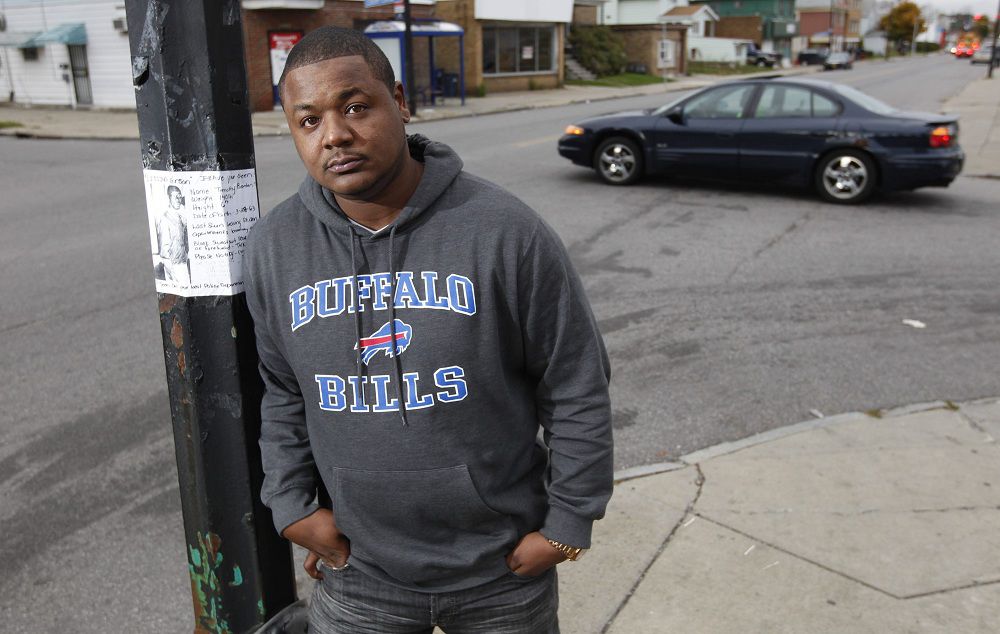 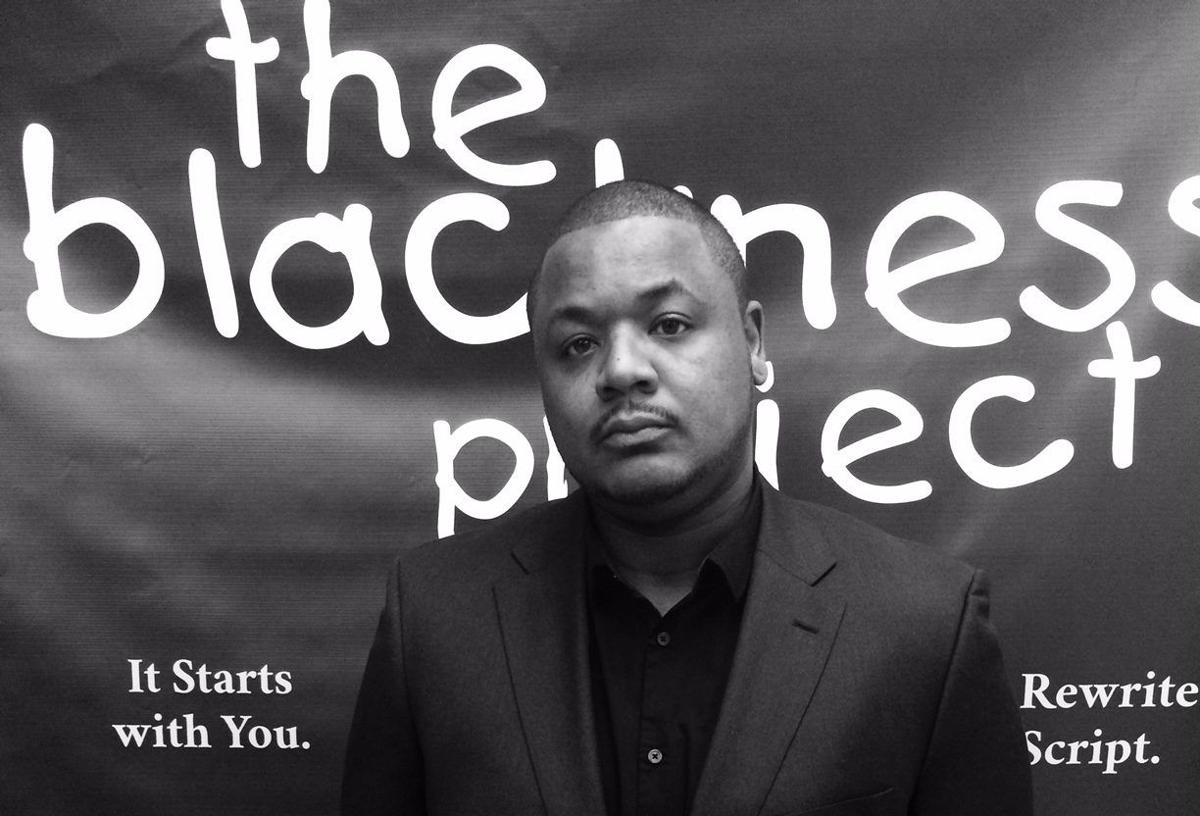 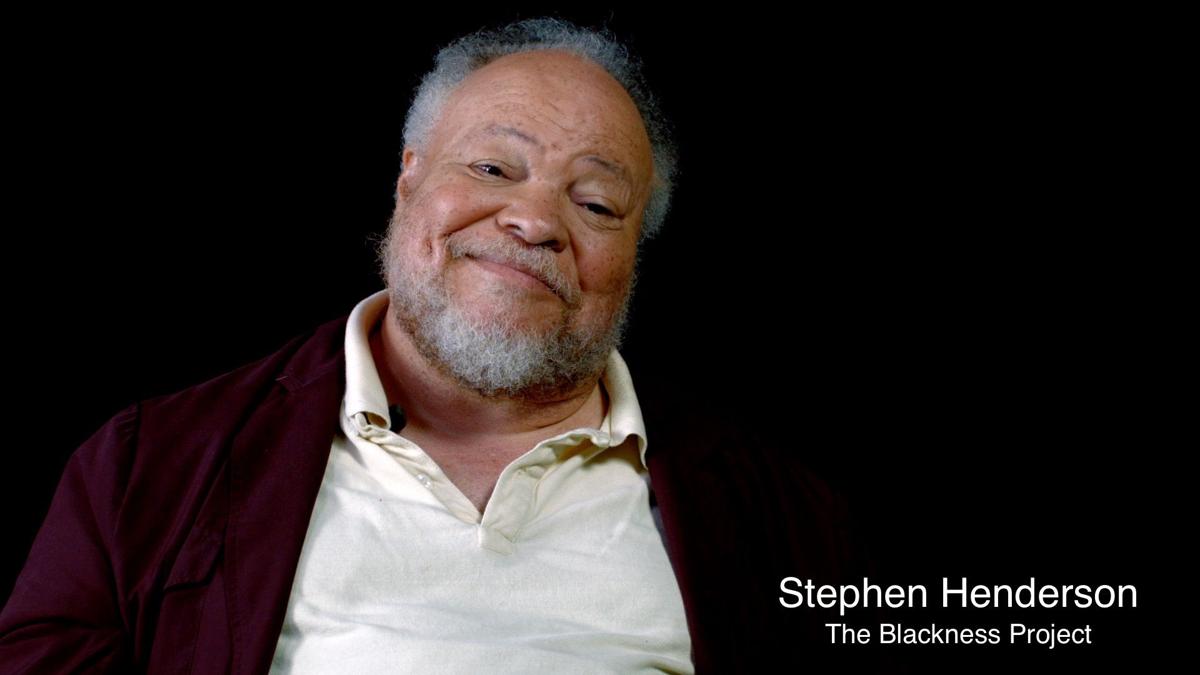 Actor Stephen McKinley Henderson is among the people interviewed in "The Blackness Project."