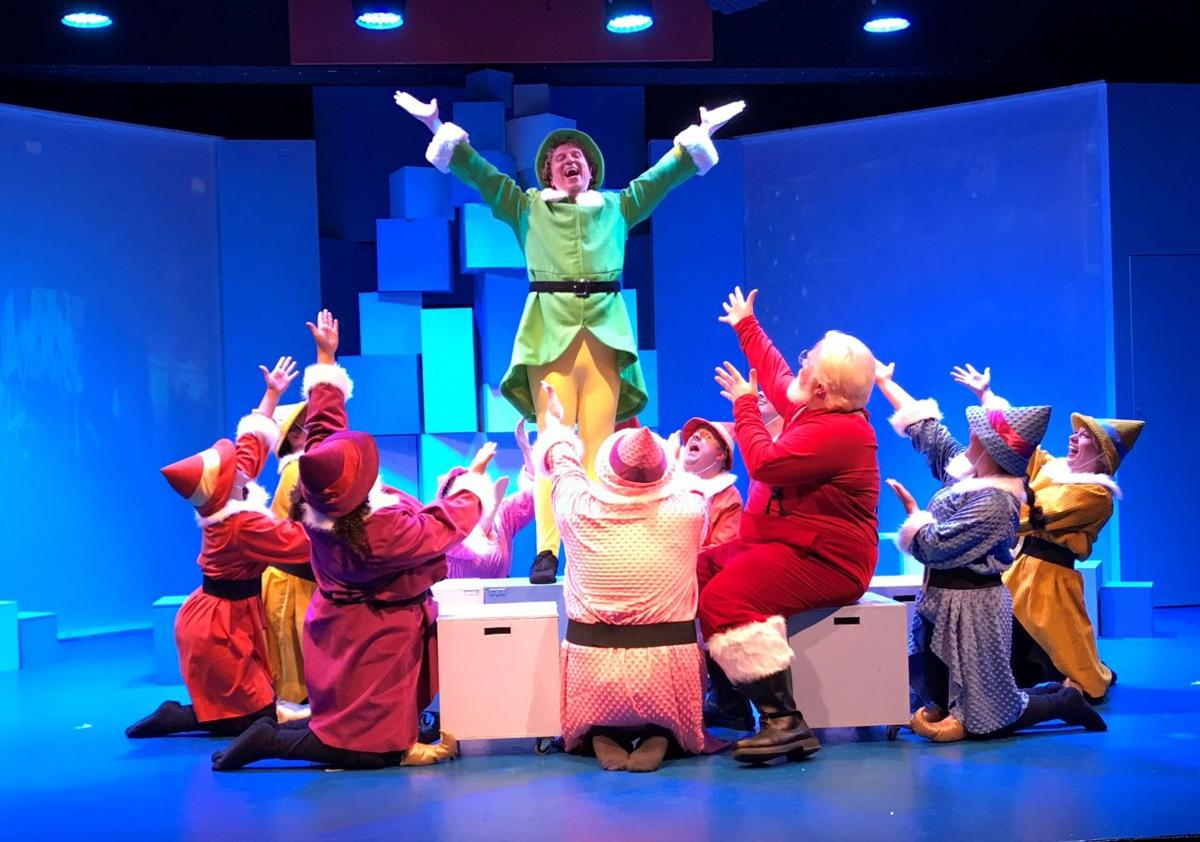 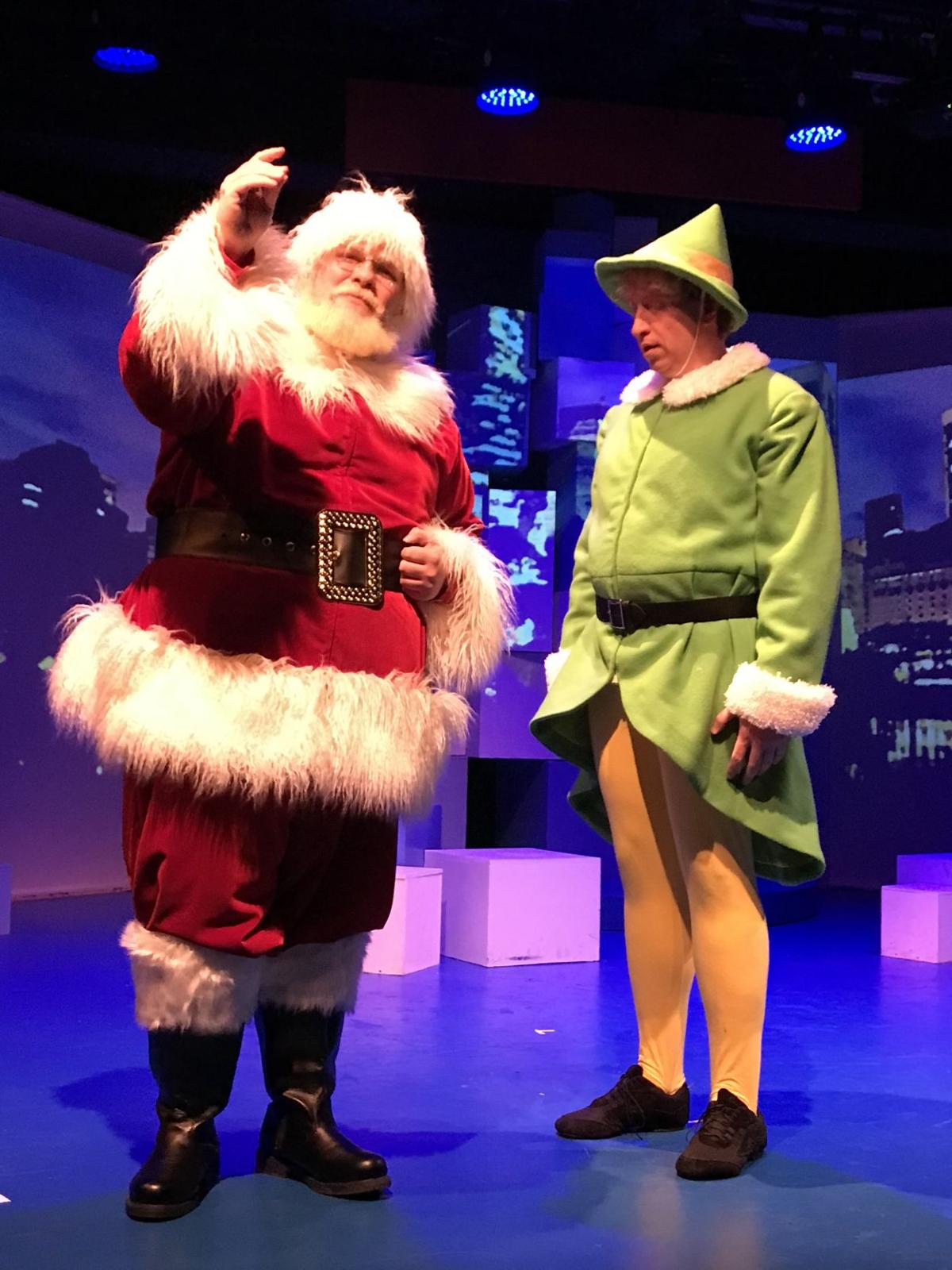 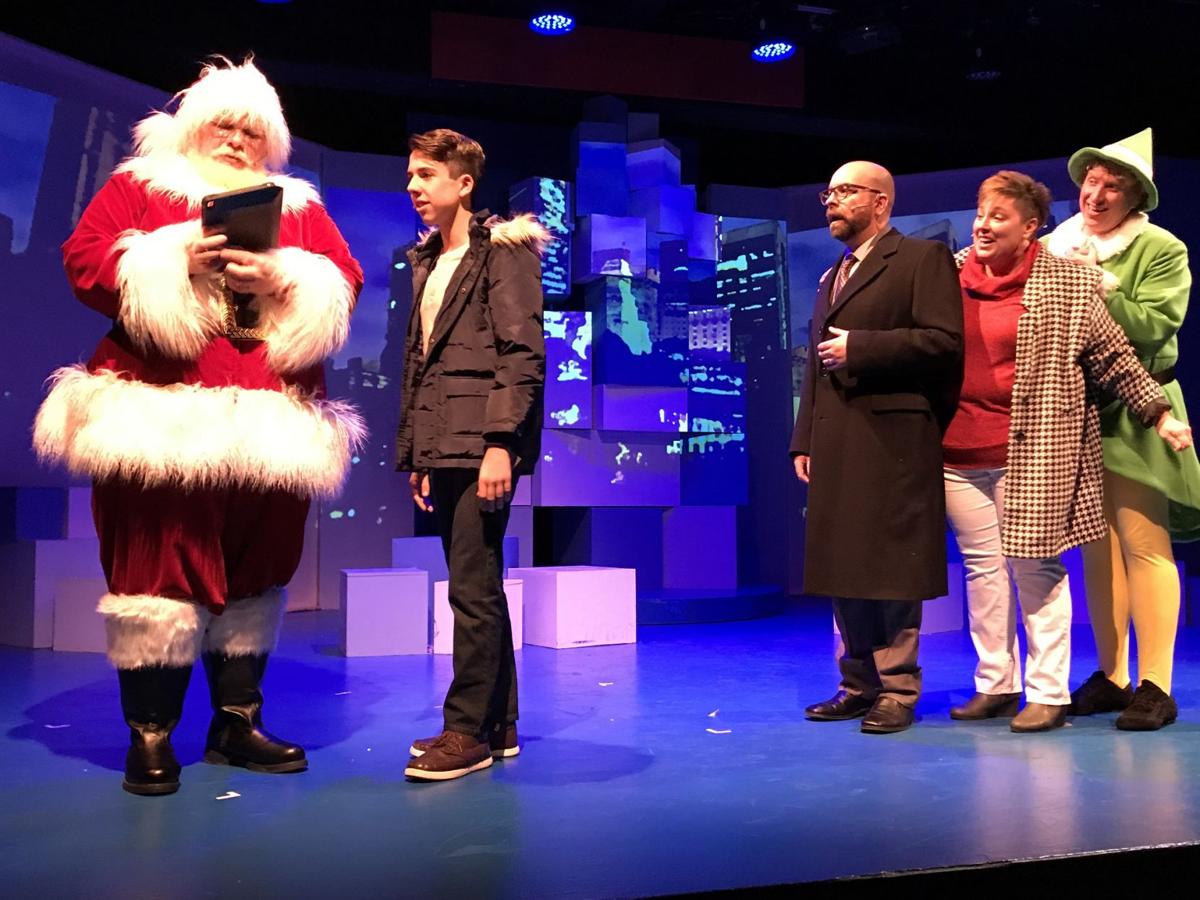 In the safe, cozy space of our new frigid reality, let’s get warm together, shall we?

The 2003 holiday classic “Elf” is so, so funny. As Buddy, the full-size human raised in the North Pole by Santa and his tiny elves, Will Ferrell is boundless in his joy. He captures the innocence and optimism of youth with the erratic flair of a wacky man. It’s a little bit of “Big,” a little bit of “Annie” and a dash of “How To Succeed In Business Without Really Trying.”

And – my admission to you, in this safe and cozy space: I only saw it for the first time the other night.

After 16 years of nodding along to friends reciting Buddy’s wide-eyed declarations, his unapologetic love of smiles and maple syrup, his insistence that Santa is real — baby steps on that one — and this Jewish boy finally gets it. I therefore am delighted to tell you that the staged musical adaptation of the film, a seasonal hit on Broadway and the road, is a charming and entertaining pleasure at MusicalFare.

I must also tell you some bad news. Now would be a good time to refill your wassail. It’s actually a weak piece of theater, in textbook terms. Matthew Sklar and Chad Beguelin’s schmaltzy score is sometimes peppy but rarely invigorating. You might tap your feet to the few rousing dance numbers, especially in the sharp second act, but you probably won’t remember a tune by the time you reach the lobby. All its layers of fleece warmth melt away any memory of it ever existing.

Bob Martin and Thomas Meehan’s book is wonky. The first act is nearly as long as the film, though the second act breezes by. (The film could stand to lose 15 minutes, too.) Martin and Meehan — the fellas who wrote you “The Drowsy Chaperone” and that little show called “Annie,” respectively — honor the film’s saccharine majesty where it counts. Most of their changes fittingly scale the film’s scope down, but their first act is so needlessly long that it’s hard to follow their logic.

The show’s humor relies heavily on the accentuated physical performance of its star Buddy and less so on his particular lines. At MusicalFare, Chris Handley is simply spectacular. He hits Ferrell’s major bullet points — those jaunty Steve Martinesque twitches, his zero-to-60 shrieks — but never goes near an impression. He is his own Buddy, a friskier Buddy, a more devious Buddy. A Buddy to believe in.

What actor Chris J. Handley wears when he's not dressed like Buddy the Elf

Handley works alongside a quick-moving, hardworking — and diverse — cast. Lou Colaiacovo plays Buddy’s newfound father Walter, a Warbucks-like corporate boss who fails to recognize his family when they need him most. Colaiacovo delivers as well as he can here, but the stage version’s reframing of Walter as an overworked executive unsettles the film’s mold of Walter’s Scrooginess, making his eventual reality check less convincing. Another head-scratcher from the librettists.

That crankiness has been transferred to the revised role of Jovie, Buddy’s eccentric love interest. Here, Stevie Jackson’s Jovie is jaded and turned off to the whole concept of Santa, even snow. She delivers.

So does an ensemble rich with standout character actors: Melinda Capeles scores as a TV reporter caught in the moment; Adrienne Ricchiazzi Cummings surprises with a hilarious old lady and Macy’s clerk; Johnny Kiener delivers as Walter’s teenage son, and later dances the snow off your hat; Nicholas Lama wraps Santa in a hearty, subversive belly laugh; Jennifer Mysliwy shines as Buddy’s concerned new stepmom; and Michael Wachowiak sleighs in a string of deadpan truth-bombs.

Director-choreographer Michael Walline stages his musical numbers with the utmost of Broadway pizzazz. But it takes a while for the whole thing to get off the ground and rise to its enchantedness. Once it does, it’s a charming pile of sugary, candy-coated cheer. Thanks, Buddy!