Support this work for $1 a month
Toni Ruberto ,  Sydney Bucholtz

Architects of Air: Daedalum Luminarium, Through Sept. 5 at Canalside.

This family-friendly attraction looks like giant silver inflatables from the outside. Inside, it's a colorful journey through winding passageways that are reminiscent of a stained-glass window or a futuristic sci-fi setting. Remove your shoes at the door and walk through the soft, mazelike interior, where each space brings more walkways to explore. Immerse yourself in the colors that change with the outside light and the many geometric patterns in the passageways and in the overhead domes. It is suitable for all ages and accessibility levels (including wheelchairs). Children, however, must be accompanied by adults. Timed tickets are $10 advance. They can also be purchased for $12 at the door.

Celebrate one of Buffalo's greatest inventions – the chicken wing – at this popular festival that draws people from around the world. In the 20 years of Wing Fest, 1.4 million people have eaten nearly 6 million wings weighing 220 tons. The festival has grown so big that it had to move to Highmark Stadium, the home of the Buffalo Bills, where it makes its second appearance this weekend. In addition to sampling more than 100 styles of wings from 25 eateries, there are chicken wing eating competitions, a baby wing pageant, live music and other entertainment, including bobbing for wings. Admission is $20, with $1.50 food tickets.

Cool down with refreshing homegrown watermelon during this family festival. Free activities include a visit to the animal barn. For extra admission, there are hayrides to the watermelon patch, a watermelon contest and kids activities. U-pick watermelons and treats are for sale in the bakery. Food trucks will be on site.

Buffalo Naval Park Family Series. Noon to 4 p.m. Sunday at the Buffalo and Erie County Naval & Military Park at Canalside. Meet active duty and veteran sailors and marines during this celebration of the Navy/Marines Day. There will be exhibits and interactive activities for the kids, who will get to ask questions, too.

The free festival will be held outside Seneca One in the West Plaza area. In addition to performances by the likes of the John Troy Quartet, Trigger & the Sermon, the Dave Hill Group and Wendell Rivera Latin Jazz Ensemble, there will be food trucks, refreshments, mini-vendors from Buffalo Holiday Market and a family friendly atmosphere. Chairs and coolers are fine to bring.

Say goodbye to summer at this event with vintage cars, artisan vendors and live music by the Fleetwood Mac Experience, Back to the Bars, Hot Daddy Rocks and the A List. Walkers will pack Oliver Street near Brownie's Sports Bar and Tavern to peruse lines of custom cars until around 6 p.m., before heading to grab dinner and some brews.

Now in its second year, this program features a variety of micro-short films curated by Seneca filmmaker Terry J. Jones from Haudenosaunee filmmakers based in Turtle Island (North America and Canada). There will be 17 micro-films shown by 14 indigenous filmmakers. A panel discussion and Q&A session follows. Half of the donations will be shared with the filmmakers, directly supporting independent Indigenous filmmaking; the other half supports Spark Filmmakers Collaborative public events and programming.

This 90-minute tour starts at the museum and takes guests through the historic 1901 Pan-American Exposition on land that today is Delaware Park to Elmwood Avenue. The exposition was a six-month showcase that drew more than 8 million people to Buffalo for numerous marvels such as electric lights.

It is a little surprising since Pittsburgh is 1-3 at this point but the decision was made before the Steelers lost to the New York Jets Sunday.

The restaurant, 370 Seneca St., features a seasonal menu of dishes from Fabio Consonni and Rita DiTondo in sun-washed surroundings.

Eagle is an excellent play-by-play announcer with a high excitement level on key plays, a good sense of humor and apparently a deep understanding of pop music and the chaos theory.

The three-screen theater was an independent art house for upscale and foreign films before the pandemic.

At Gypsy Parlor, a genuine West Side neighborhood restaurant

Since opening in 2013, Gypsy Parlor offers food and drink to a West Side whose hungers and thirsts have become more diverse over the decades.

The increasing stardom of Bills quarterback Josh Allen is exemplified by how many advertisers now want him to hawk their products in commercials, Pergament says.

Loretta Lynn, the "Coal Miner's Daughter" whose frank songs about Appalachian womanhood made her a pillar of country music, has died at age 90.

The family of a cinematographer shot and killed by Alec Baldwin on the set of the film "Rust" has agreed to settle a lawsuit against the actor and others.

Angelina Jolie filed a countersuit against Brad Pitt that details an alleged physical altercation between them that took place on a plane in 2016. Here's that and more entertainment news from today. 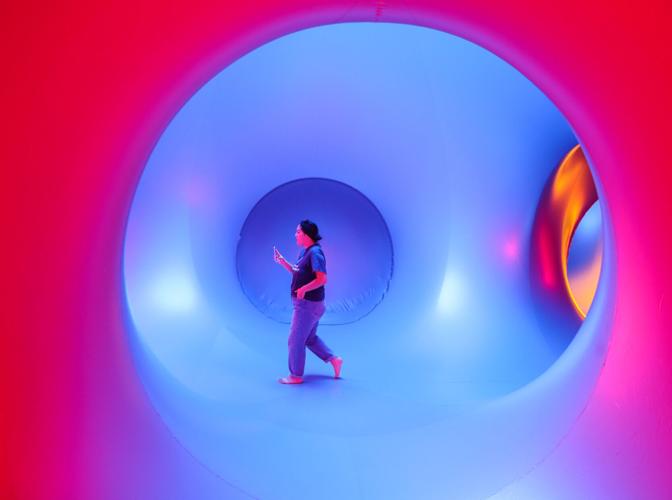 The Architects of Air Daedalum Luminarium at Canalside is a "walk through sculpture" than features a series of colorful winding paths and domes. Skye Nieves, marketing coordinator with Buffalo waterfront, takes a tour of the family friend exhibit. 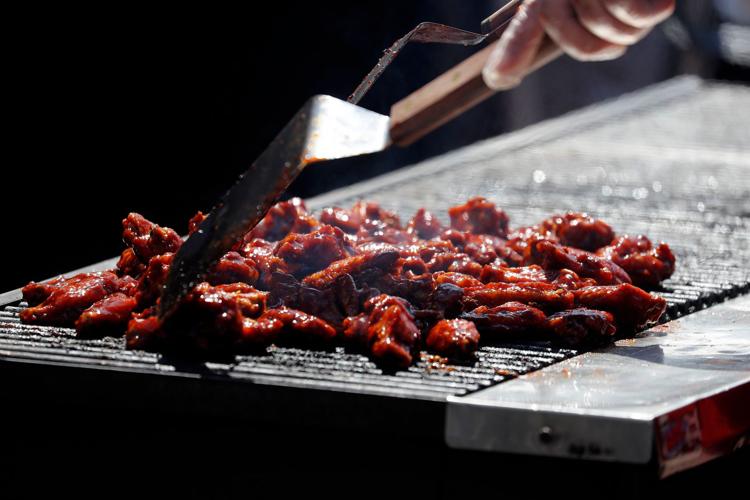 Anchor Bar wings will naturally be featured at the National Buffalo Wing Festival at Highmark Stadium.