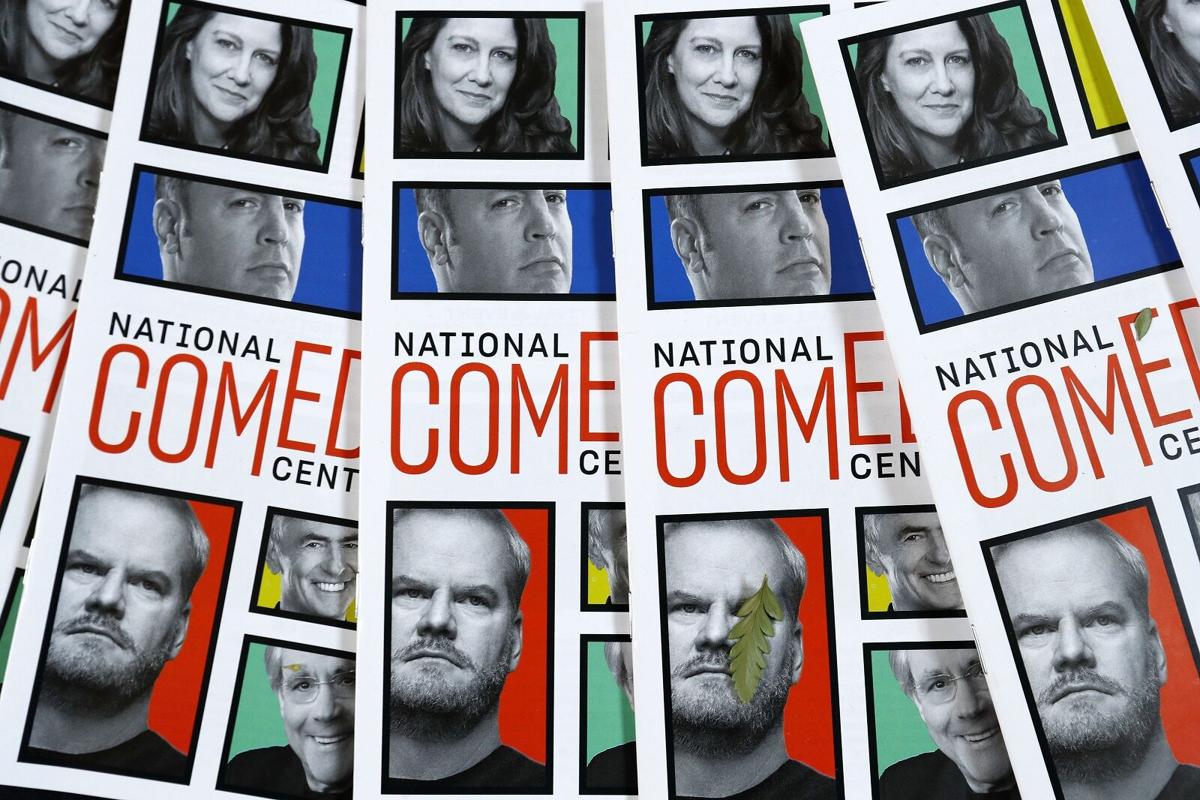 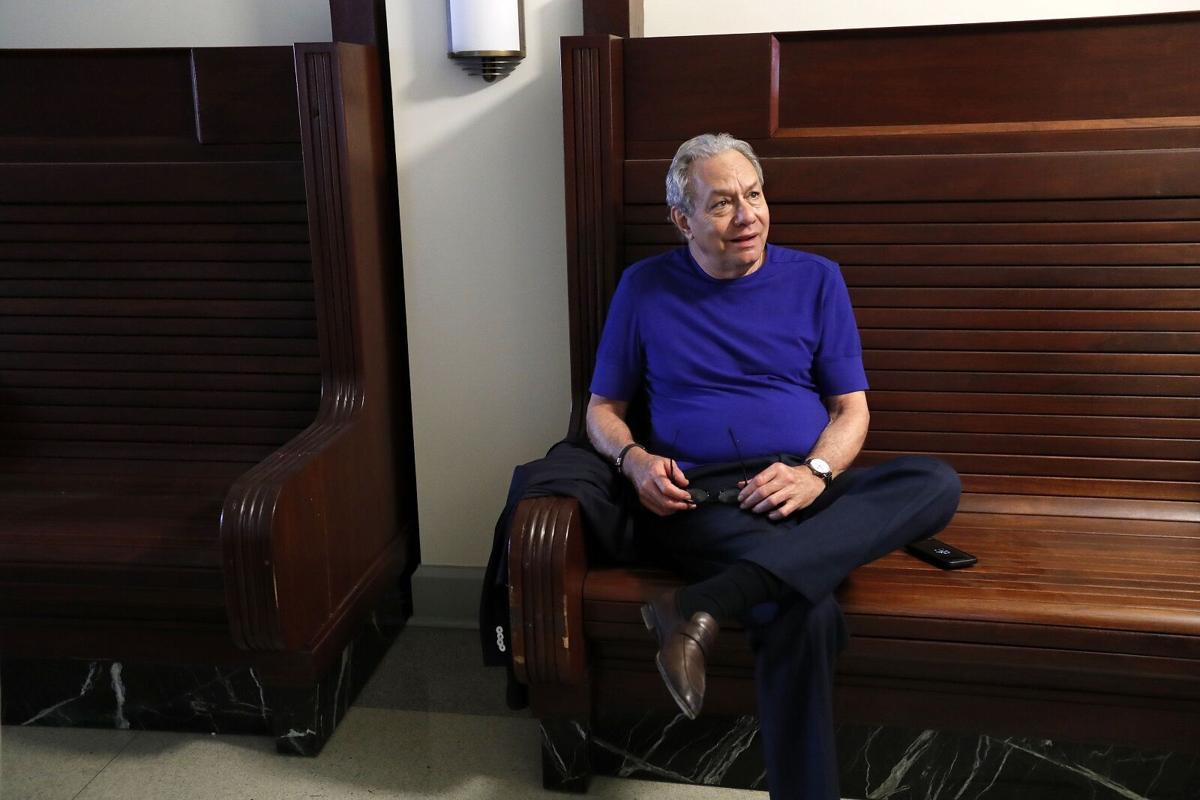 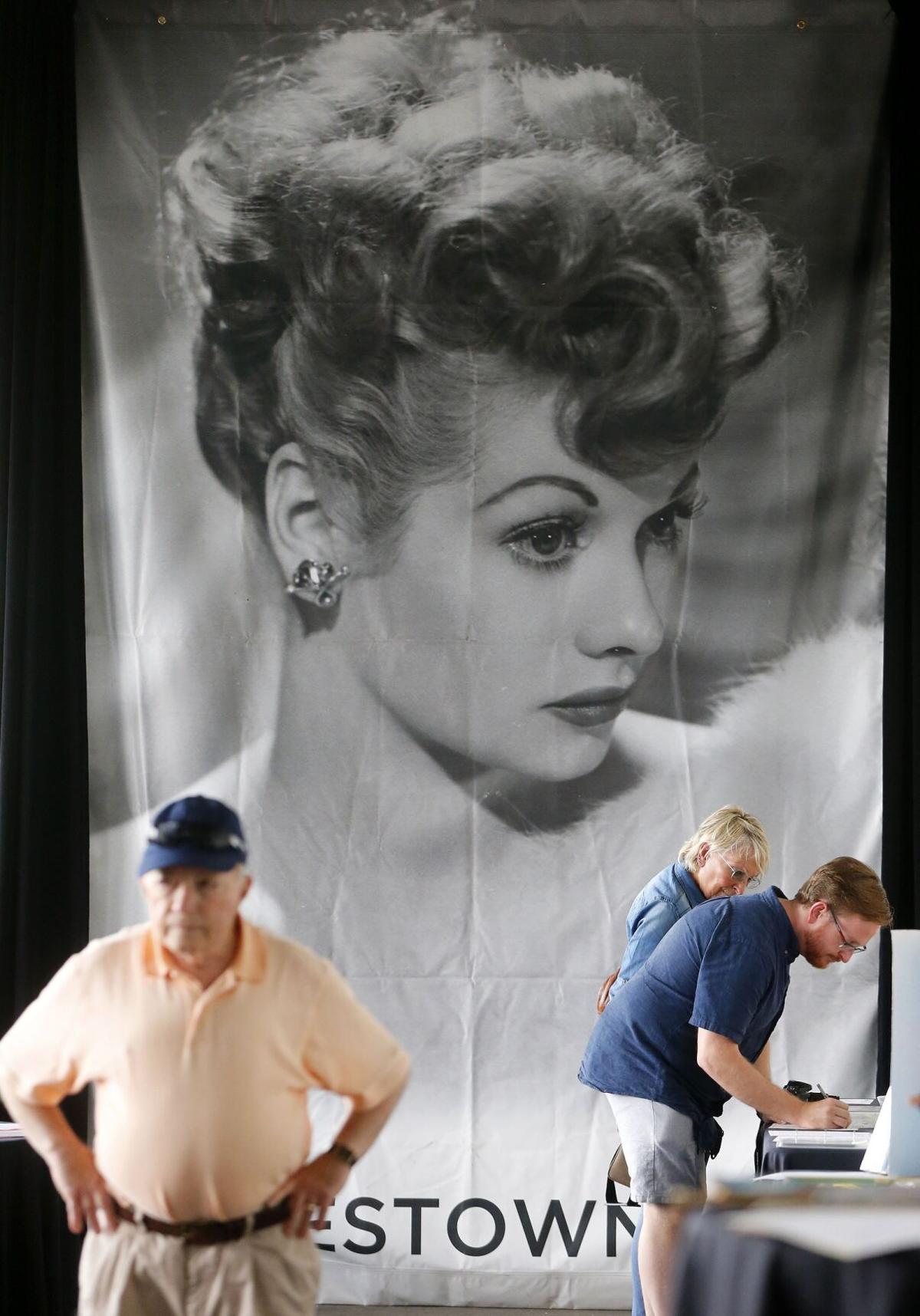 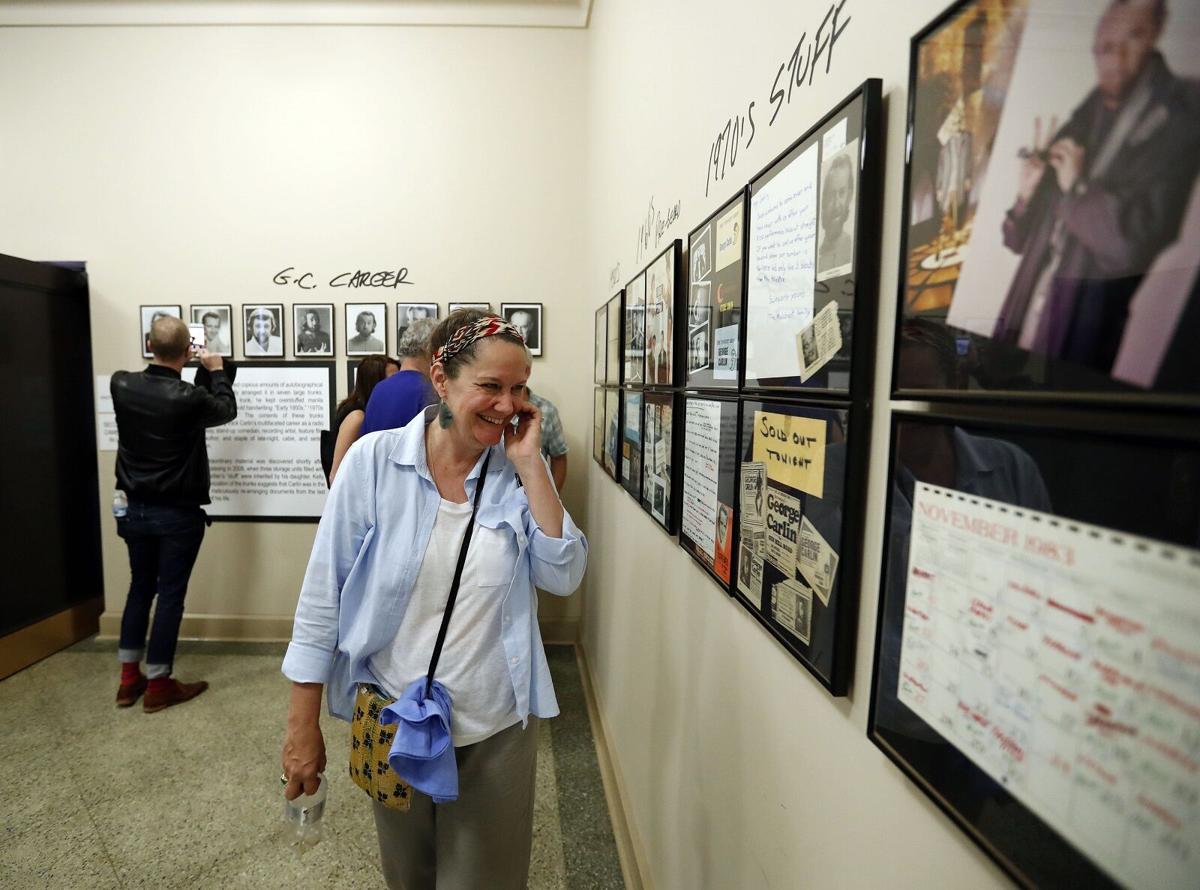 JAMESTOWN — Kelly Carlin’s father, the late comedy icon George Carlin, taught her a lesson. She, in turn, has been teaching it – and exploring it, and pushing it – this week.

“My dad taught me that the comedian’s job is to find the line,” Carlin said, “and cross it.”

Carlin shared that morsel – one of 10,000 or so that her dad left behind – one afternoon this week in the lobby of the former Jamestown train station. Next summer, if construction stays on schedule, this spot will be the home of the National Comedy Center, a $50 million project that Carlin helped catalyze by donating the archives her father left in several neatly organized trunks when he died in 2008.

Carlin has repeated that cross-the-line message frequently this week, both here and at the nearby Chautauqua Institution, which teamed with the organizers of the National Comedy Center to develop a week of programming that explores the comedic arts.

This is precursor to next summer. Organizers hope to use the first week of the month, which is traditionally the Lucille Ball Comedy Festival in Jamestown, as the official opening of the National Comedy Center. The project has been in the works for seven years; last April, it reached its $50 million capital goal through a series of government and foundation funding.

On Thursday, Gov. Andrew M. Cuomo delivered a speech at the site and added an extra gift: He threw in another $500,000 to promote the National Comedy Center in 2018 through the state’s I Love New York program.

Later that afternoon, Carlin and a group of comedy figures took a tour of the center, which is under construction. This would be Carlin’s first peek at her father’s archives on display. National Comedy Center officials dedicated a room in the train station lobby to previewing the Carlin trove, which Kelly decided to donate last year. She had first considered giving the materials to the Smithsonian, but then thought about the final scene of “Raiders of the Lost Ark,” and realized that her dad’s “stuff” – as she calls it – could get buried in a storage room.

“I thought, ‘That’s depressing. Nothing will ever see the light of day,’ ” said Carlin, who chose Jamestown knowing that her dad’s work would be celebrated.

“It will be taken care of as if it was at the Smithsonian, but it will be seen by people who love comedy,” she said. “And it will be displayed in a way that will really honor it all.”

Carlin was joined on the tour by the stand-up Lewis Black; the writer Alan Zweibel; and the comedian and CNN personality W. Kamau Bell, among others. The group was led by Journey Gunderson, the NCC’s executive director, and Tom Benson, the board chair. (Gunderson, Benson and the board also operate the nearby Lucille Ball Desi Arnaz Museum, which honors the late comedienne, a Jamestown-area native. But the National Comedy Center will be a separate attraction.)

They described plans for the center’s high-tech features, which begin with each visitor answering a series of questions about their humor preferences, which are loaded into a RFID chip that will customize the museum experience for each visitor. They talked about the exhibits, which will include various forms of comedy (stand-up, improv, sketch), a writer’s room, comedy in music, comedy in film, and opportunities for visitors to test their comedic knowledge.

“You might see Roseanne Roseannadanna,” Gunderson told the group, referring to Gilda Radner’s famed “Saturday Night Live” character from the '70s, “and you might see ‘700 Sundays’ and Billy Crystal and you might see a novel with Dave Barry, and your job as a visitor is to say, ‘Who had something to do with all of these things?’ ”

Zweibel, an original SNL writer, who was touring the center with his wife Robin, piped in, “He must be some wonderful guy!”

Zweibel – a 1972 University at Buffalo graduate who collaborated with Radner, Crystal and Barry – is indeed is that guy. Everyone in the group laughed.

“It’s also giving the visitor the chance to be a proud comedy nerd,” Gunderson added.

The center probes deeper than laughs and trivia. Some of the more serious exhibits will examine comedy as a healing device – think SNL coming back on the air after 9/11 – and as a vehicle for change.

In a nod to another rural New York locale that has become a national attraction, the National Comedy Center organizers have long said they want to turn Jamestown into the "Cooperstown of Comedy."

“There’s a window for this, and the window is now,” said Black, who spoke at Chautauqua last Monday and has performed multiple times in Jamestown.

“Comedy is at its peak,” he added, pinning what he sees as the increased interest in comedy to the broad availability of specials on streaming services such as Netflix.

Years ago, he said, comics were regarded as “one step above being a circus clown.” But now, Black said, they are seen as artists.

“Comedy has come into its own,” Black said. “People are respecting it as a craft."

The tour wrapped with a glimpse at the George Carlin archives, a sampling of which was open to the public last week only as part of the Lucille Ball Comedy Fest in Jamestown, which featured talks and performances by Zweibel, Jim Gaffigan, Lisa Lampanelli and Robert Klein, among others.

When Carlin first walked into the room, her husband immediately noticed his father-in-law’s report card on the wall. While the couple inspected that, other visitors in the group were drawn to an array of Carlin photos, video and audio displays, and a showcase that provided a window into his creative mind.

The archives, the vast majority of which are not yet on display, included several trunks filled with tapes and photos and an estimated 10,000 scraps of paper. Carlin, who followed the belief that you’ll lose an idea if you don’t write it down, scrawled his musings onto paper when they struck him. Some are phrases – “(un)registered sex offenders” – that are presumably the seed of an idea. Others are slightly more formed: “Eating nose pickings strengthens the immune system like an antibiotic.”

Carlin organized those scraps, some of which became comedy bits, into plastic bags and folders that he categorized with handwritten labels such as “80s stuff,” “Death,” and “Euphemisms.” The archives also include an array of Carlin photos, documents and audio, including one from his arrest for disorderly conduct at a 1972 music festival in Milwaukee, where he was performing his profane “Seven Words You Can Never Say on Television” act.

Kelly Carlin, who was 9 at the time and present for the arrest, told the story to the group: “The promoter comes and says to my mom, ‘They’re going to arrest George the minute he gets offstage.’ My mom knew he had cocaine and marijuana in his pockets, so she got a glass of water and came out on the stage in front of 10,000 people.”

Brenda Carlin was warning her husband. Soon his microphone was cut off and he left the stage.

“The three of us ran to the dressing room,” Kelly said. “Mom is pulling out baggies of cocaine. Dad is emptying his pockets. She’s hiding it in the drummer’s bass drum. They ended up having a great party that night! They’re stashing all the drugs.”

Cops came through the door and arrested Carlin.

(The Carlins hired a good lawyer and the charges were dropped a few months later.)

Carlin’s telling of that story is engaged, but matter-of-fact. She doesn’t sound judgmental of her dad for the drugs, nor the cops for the arrest. She tells it as if it is history, which of course it is.

Thanks to what’s happening in Jamestown, that history has found a home.

Rose Byrne explains why she and Bobby Cannavale have never married

Those fitness gurus from the 1980s: What happened to them?

Sure, you remember Jack LaLanne, moving vehicles with brute force. But who else got the heart pumping during the 1970s and 1980s?