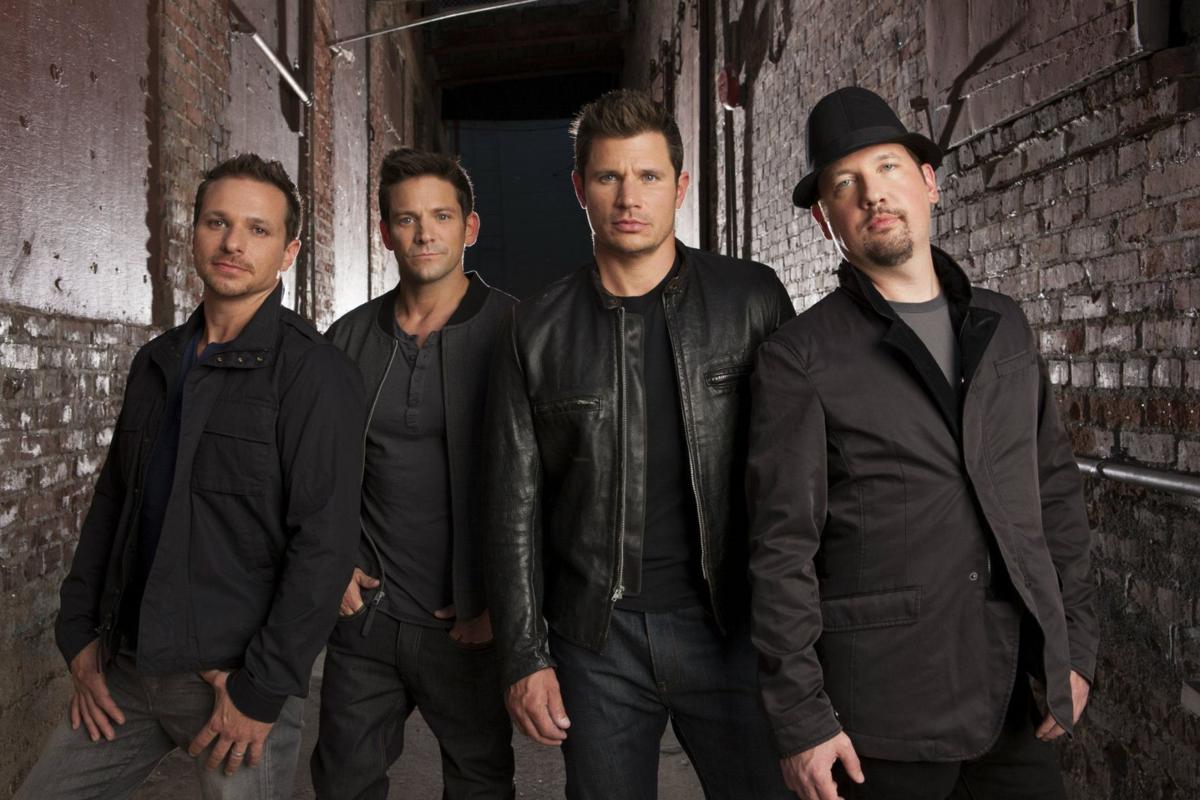 98 Degrees returns for a concert at the Seneca Niagara Casino. (Courtesy of 98 Degrees) 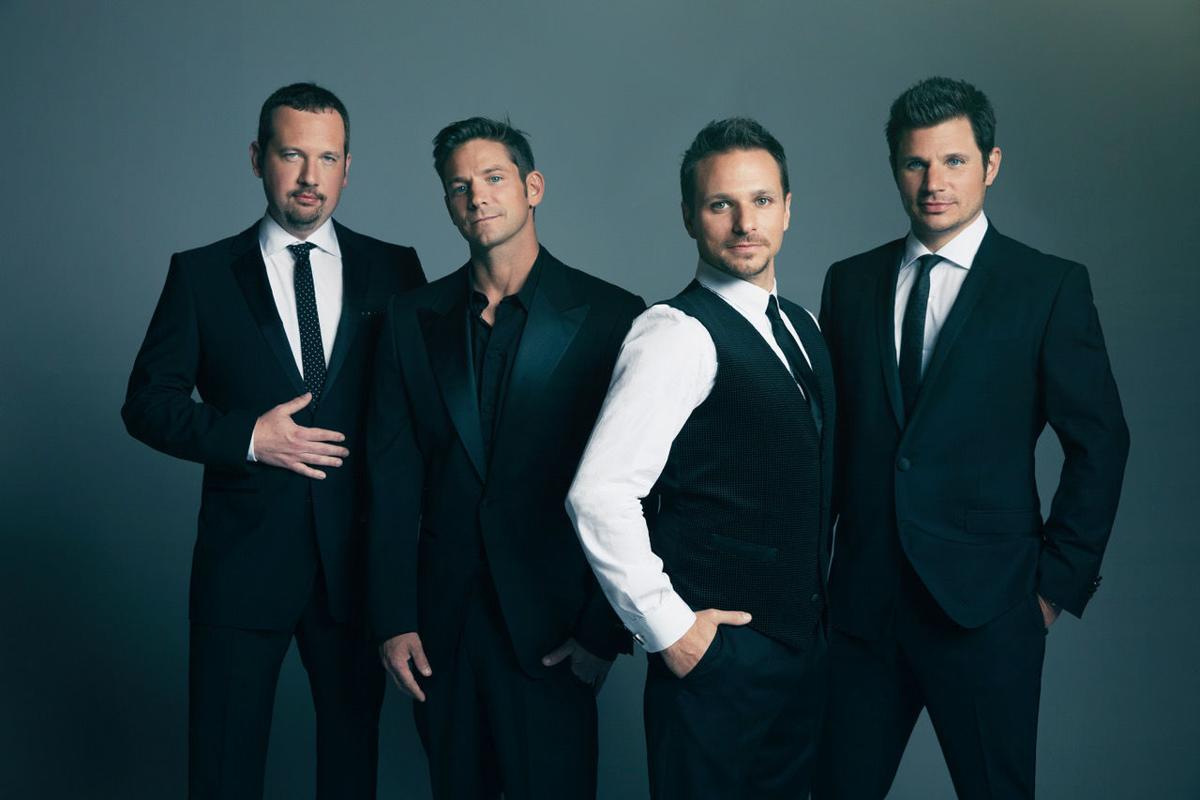 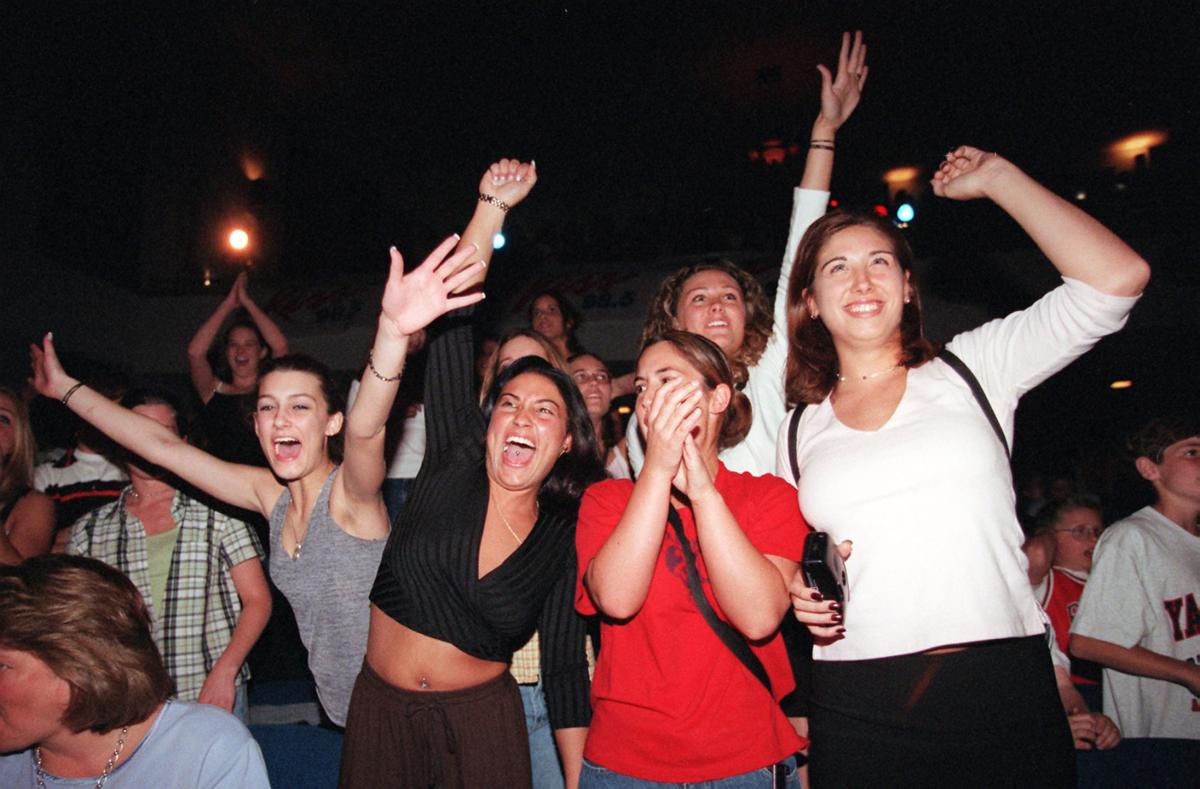 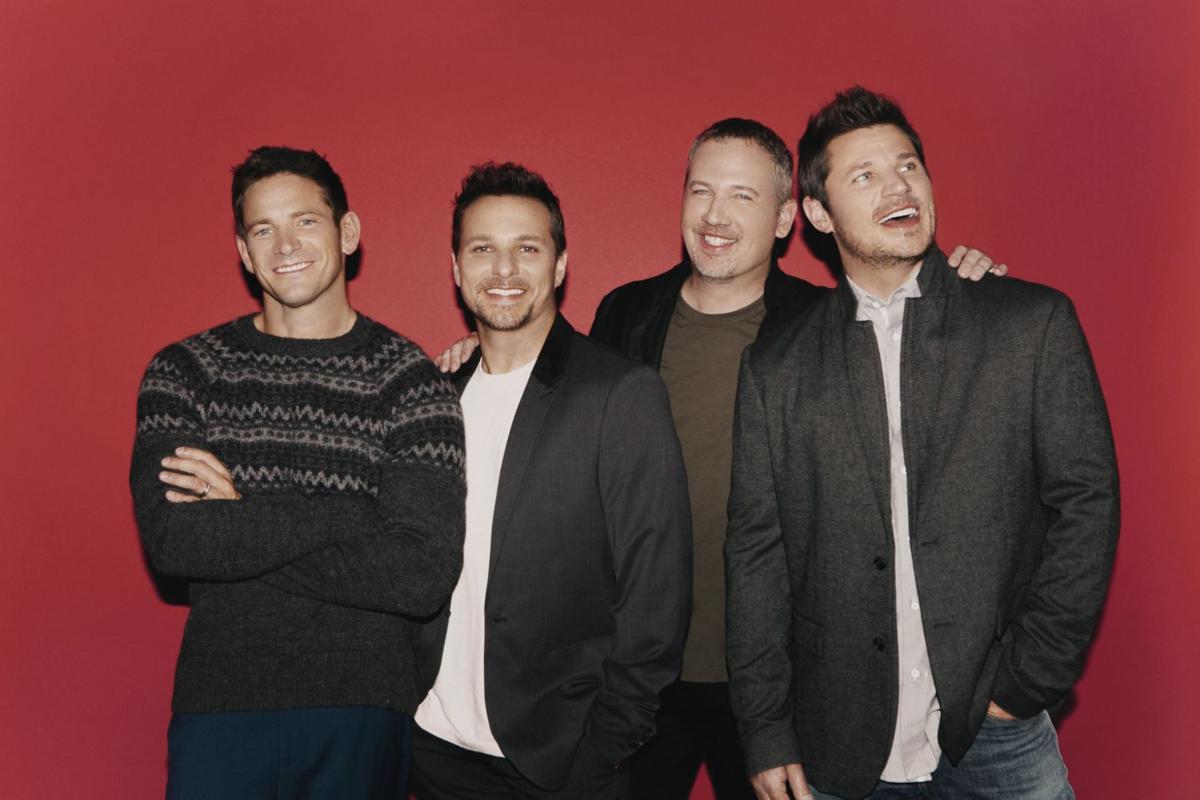 There was a time nearly 20 years ago when you couldn’t buy an index card in Buffalo. You could try to hit up an office store, grocery, pharmacy or convenience shop, but in the spring of 1999, nearly all of them were wiped clean of 3x5 cards.

Thousands of teenagers had bought them out, trying to win a radio station contest to have the boy band 98 Degrees perform in their school.

Following the rules of the contest, which was run by the pop station Kiss 98.5, the teens inscribed the cards with their name, age, school and phone number. The school that submitted the most cards would win. Back then, when phones weren’t smart and media wasn’t social, teens still saw the appeal in winning a private audience with a top pop group.

Today, that type of show would be Instagram content and Snapchat fodder. Then, it was simply an experience — one that area teens wanted badly.

They bought index cards, and they scribbled away. They did it during study halls and after school. Probably in class, too. They held pizza parties and sleepovers and who-knows-what-else. Across Western New York, they filled out so many index cards that if you were to line them up end to end, they would stretch from Buffalo to Orlando.

Then they delivered boxes of those cards to the offices of WKSE-FM — 14.9 million index cards in all.

When the members of 98 Degrees heard about the towering success of the contest, they were astounded. “Wow, they must really want us to come here!” Drew Lachey said. Speaking by phone from 98 Degrees’ current holiday tour, Lachey was trying to recapture the group’s reaction to this promotion from so long ago.

Those teens are now in their 30s, and some of them will likely be in the audience this week, when 98 Degrees plays a Dec. 14 holiday show at the Seneca Niagara Casino Events Center in Niagara Falls. The four-member group is comprised of Ohio natives Jeff Timmons, Justin Jeffre and brothers Nick and Drew Lachey. That’s the same lineup as the mid-’90s to early 2000s, when 98 Degrees rose to fame with hits such as “Invisible Man,” “The Hardest Thing,” “Because of You,” “I Do” and “Give Me Just One Night (Una Noche).”

By most measurements, 98 Degrees was the third-biggest boy band of its era, with the Backstreet Boys (who are also still performing) and the now-defunct ‘N Sync (which delivered Justin Timberlake to pop culture) filling the top two slots.

Though the guys of 98 Degrees possessed many of the requisite characteristics of a boy band (muscled biceps, boyish grins, the occasional set of frosted tips), their roots are different than most.

Unlike Backstreet, ‘N Sync and others, they weren’t created by a producer, but rather by Timmons. During his senior year of college in Ohio, Timmons gathered a different lineup of guys together at a party to sing to girls. That inspired him to quit school, move to Los Angeles, and start a serious vocal group styled after the harmonizes of Boyz II Men. The new lineup included Jeffre and Nick Lachey, who then talked his younger brother Drew, who was an EMT in New York, to essentially say, “Hey, we need another guy. Are you interested?”

He was. Nick went to New York to help his brother pack a car and drive across the country. The 98 Degrees lineup was complete. They scraped by at first, sharing a small Hollywood apartment, the brothers sleeping on a mattress pulled from the sidewalk, making pizzas and delivering Chinese food to get by. But their vocal abilities caught the attention of music executives and 98 Degrees ultimately signed a recording deal with Motown and, later, Universal Records.

Their first two albums landed the group on the charts and on the radio, creating the craze that crashed the index-card market in Buffalo. The runner-up, Lewiston-Porter High School, won a visit from the group after submitting 1.4 million cards. The winner, Kenmore West High School, won a concert for 1,400 students after sending a stunning 1.9 million cards to the radio station.

The reception at Lew-Port and concert at Kenmore West reinforced that 98 Degrees was carving its own spot in a teen pop industry that, at the time, was dominated by Backstreet and ‘N Sync, as well as Britney Spears, Christina Aguilera and Destiny’s Child.

“I have snapshot pictures of us pulling out of that performance, people running up against the fence and waving,” Lachey said. “That was one of our first wake-up calls to (realize), ‘Wow, this is really happening. People are starting to follow up and we’re starting to build up our own fan base.’ ”

Those fans followed 98 Degrees through two more albums – a Christmas record in 1999, and a studio album in 2000 – and apparently didn’t leave when the band took a hiatus in 2003. Though that break lasted a full decade, and each of the four members began working on his own projects, 98 Degrees fans were ready when the group launched a comeback in 2013. That year, they joined New Kids on the Block and Boyz II Men on an arena tour and released a new album. That was followed by another tour in 2016, a Christmas album in 2017, and more shows since.

The show in Niagara Falls comes at the tail end of a tour that began Nov. 1. The group set an ambitious calendar, often playing four or five shows on consecutive nights, then taking a few days off to go home and see their families. It’s a grueling schedule, but far more controlled than the one 98 Degrees kept back in the day of index-card mania.

“It was a whirlwind back then — I mean, it was like a frenzy,” said Jeff Timmons in a recent phone interview. Back in the ‘90s and early 2000s, he said, the group’s schedule was dominated by interviews, radio and television spots, in-store appearances, and loads of travel. (Example: On the May 1999 morning of the show at Kenmore West, the guys woke up in Minneapolis and flew through a rainstorm to make it to Buffalo on time.)

“The least amount of time you get to spend is onstage,” said Timmons, adding that while the guys knew they were lucky back then, the realize the “joy” of it more now. When people meet them today, the 98 Degrees members hear stories of how those fans associate specific songs or moments from the band’s career with pivotal points in their own lives.

“As you get older, and you experience a lot more life, you realize what a joy and luxury it is to get up on stage and see people who have followed your music for 20-plus years taking every note – every word – in,” Timmons said. “And the effect it has on them is a lot more profound than you think it is when you’re doing it the first time around.”

Outside claim to fame: Timmons is a well-known host and producer in Las Vegas, where he served as an emcee for Chippendales and created his own revue, Men of the Strip. As a music producer and mentor, he is currently working with a 16-year-old singer from New England named Nicole Michelle. He also created a boy band tribute group, Overnight.

Outside claim to fame: During 98 Degrees’ hiatus, Jeffre became involved in politics in Cincinnati, even running – unsuccessfully – for mayor in 2005. He has worked as an editor, and occasionally engaged in community movements, including Occupy Cincinnati in 2011.

Outside claim to fame: Lachey’s then-marriage to singer Jessica Simpson seized plenty of attention, especially when the couple launched a reality show, “Newlyweds: Nick and Jessica.” Lachey is well-known as a television personality and occasional actor.

Outside claim to fame: Drew Lachey has appeared on Broadway, won “Dancing with the Stars” with pro dance partner Cheryl Burke, and runs a summer performing arts camp in Cincinnati with his wife, Lea. They are also promoting their show and film called “label•less,” which promotes acceptance.

Bonfires. S’mores. Kayaking. Procrastinating summer reading. Tent camping (or cabin camping, for those who prefer not to rough it).

98 Degrees returns for a concert at the Seneca Niagara Casino. (Courtesy of 98 Degrees)