US colleges rethink next semester due to virus rise. Get the latest on COVID-19

Griselda Records: From humble Buffalo roots to a bond with Jay-Z's Roc Nation
0 comments
Share this
Support this work for $1 a month
1 of 4 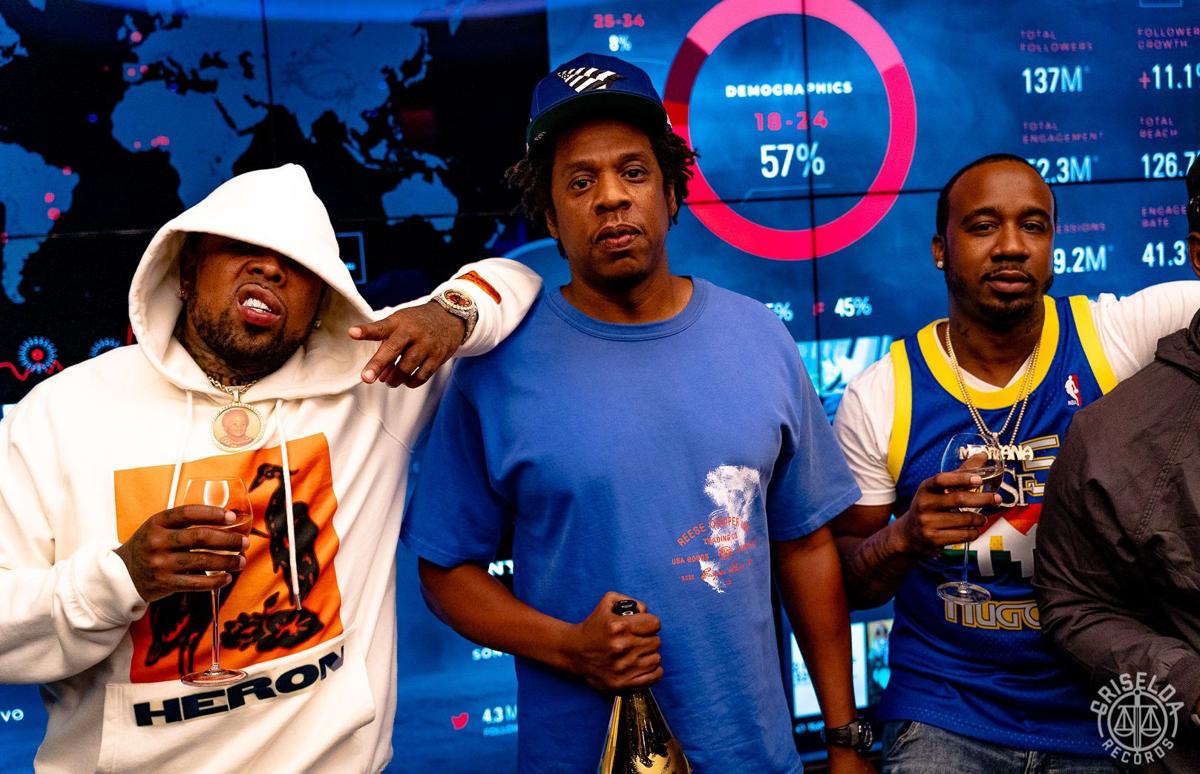 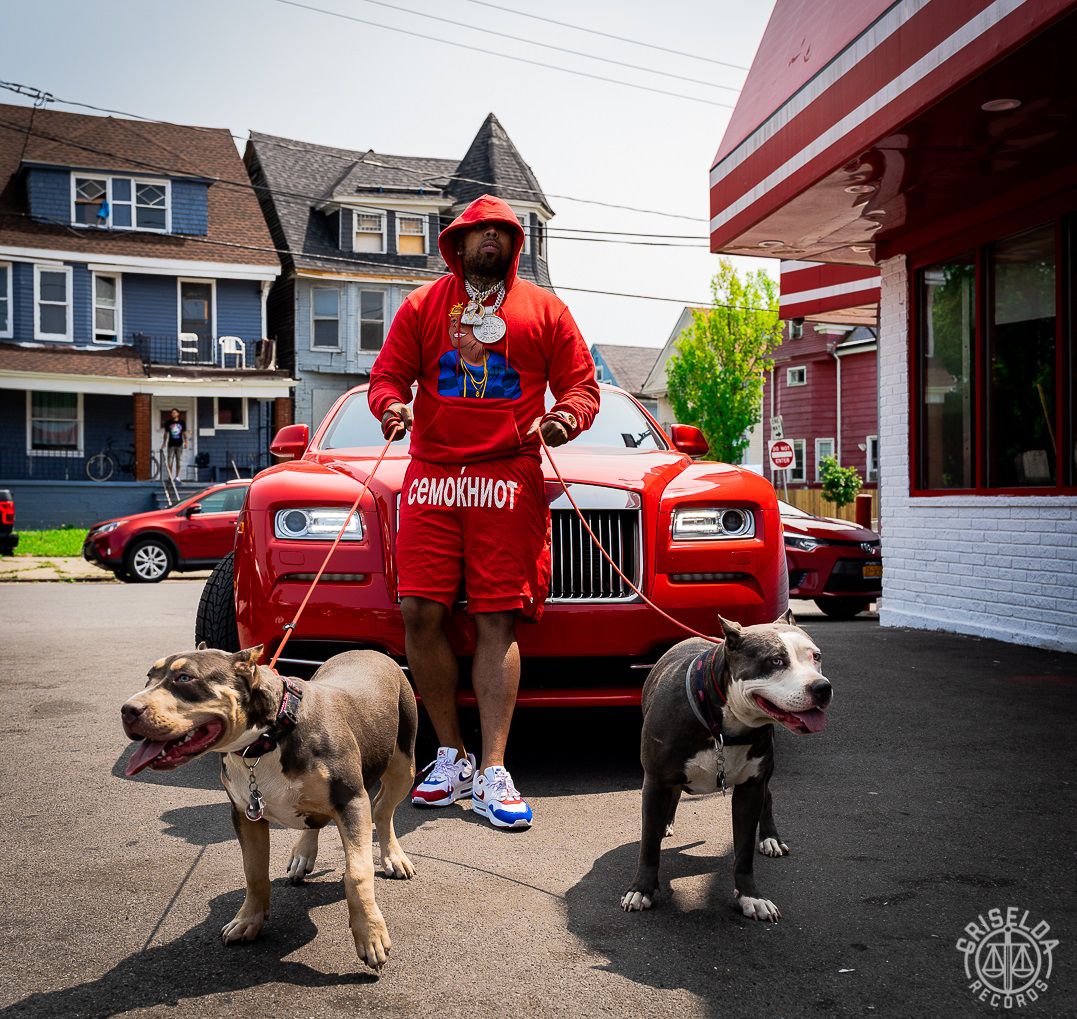 Westside Gunn, pictured in front of his red Rolls Royce and by La Nova Pizzeria on West Ferry Street. (Via @TefWesley) 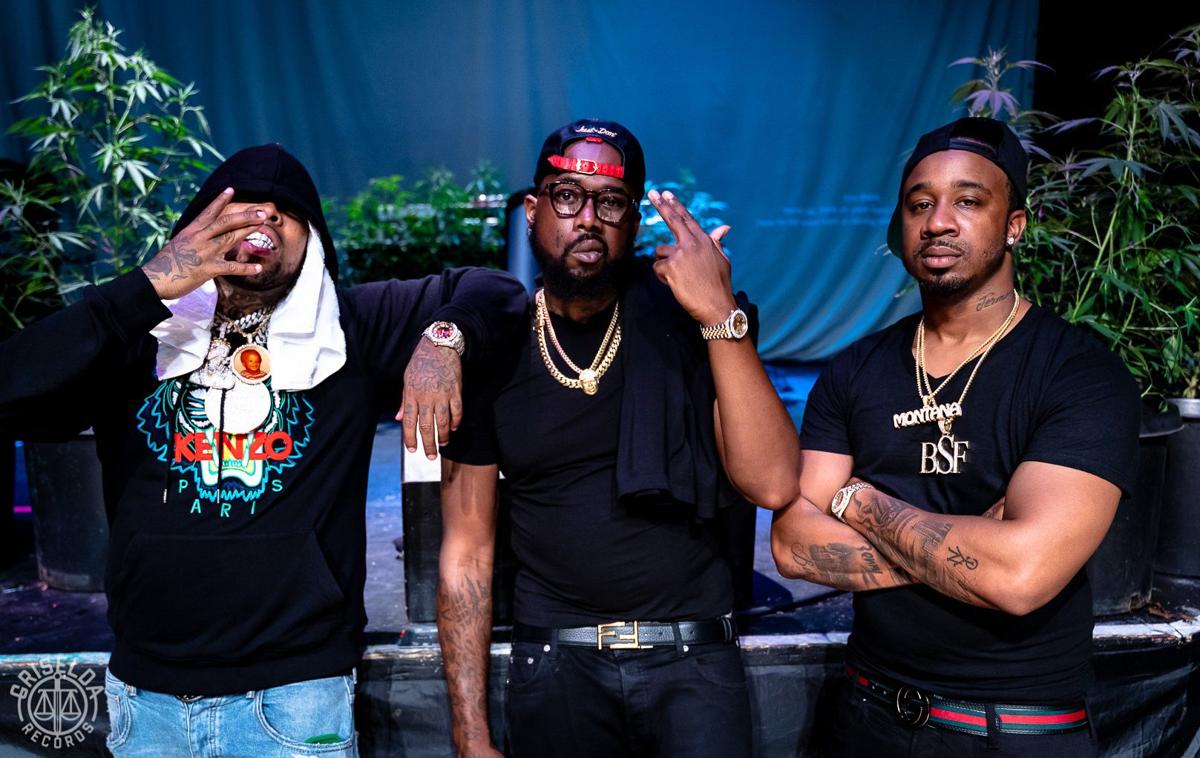 From left: Westside Gunn, Conway the Machine and Benny the Butcher. (Photo courtesy of @TefWesley) 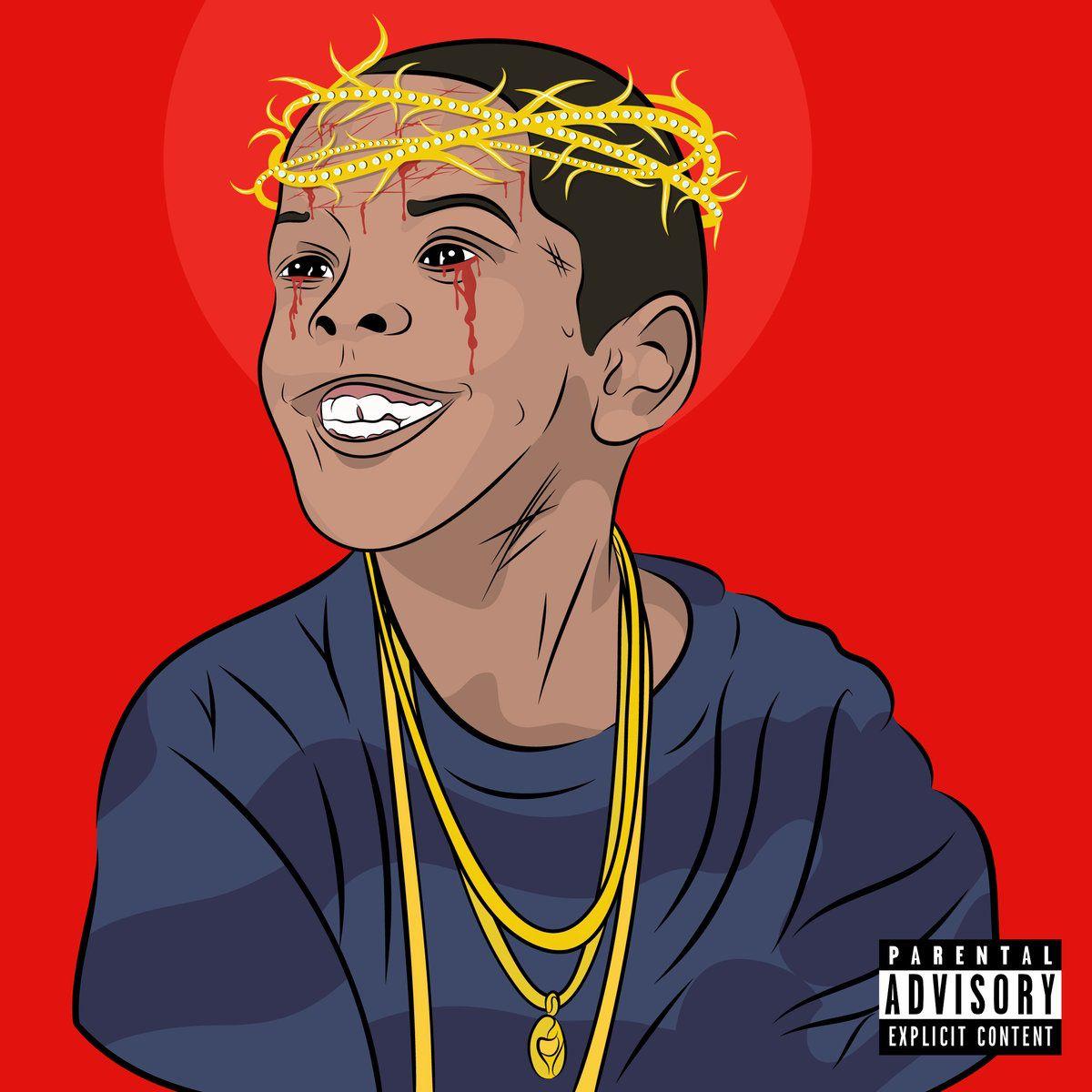 The album cover of "FLYGOD" is a caricature of Westside Gunn as a kid. (via Griselda)

Signing with Eminem's Shady Records in 2017 was Griselda Records' first step to national acknowledgment, tangible proof Buffalo rappers could rise above the city's perception as an entertainment desert and earn widespread acclaim.

The partnership "gives us infrastructure and mentorship to grow scale in this business," said Derrick Jackson, known as D-Jack, who handles strategic partnerships, marketing and communication for Griselda. "Jay-Z is interested in reaching back for the future leaders of this culture" to thrive.

While Jackson noted Jay-Z himself ordained the relationship and will work with Westside Gunn on his Griselda Records imprint, it's the influence of two longtime industry stalwarts — Chace Infinite and Kyambo "Hip-Hop" Joshua — that will help Griselda navigate the industry, fostering connections and offering insight along the way.

Both Roc Nation managers' feats are extensive. Infinite worked with A$AP Rocky during his rise to stardom, overseeing the growth of the A$AP Mob collective as a "big brother" figure. Hip-Hop, who co-founded Hip Hop Since 1978 (HHS78), facilitated the breakout of Kanye West and his signing to Roc-A-Fella Records, and later worked with Drake, Lil Wayne and Nicki Minaj.

The relationship with Roc Nation, announced Aug. 6, doesn't negatively impact the Shady Records deal, which Jackson called a "rich entry point" around the barriers protecting the elite of rap, a validation of Griselda's progress. Jackson declined to go into further detail regarding how the two relationships differ, but he sees both as serving complementary purposes. "It means that we are next, the next disruptive change-makers," Jackson added, referring to the deal.

Circumstances weren't always this rosy for the collective/label hybrid, however.

Founded in 2014, Griselda Records was the brainchild of Westside Gunn, born on the East Side of Buffalo yet uprooted frequently, spending a good portion of his youth on the West Side, which "claimed him," Jackson said. These surroundings were harsh yet formative, for better or worse.

"He grew up in the streets — it made him a lot of who he is," Jackson said of Gunn, whose media appearances have been sparse so far. "His happiest moments and darkest moments happened in Buffalo. It's turned him into this person [capable of] dealing with all types of people — East Side, West Side, North Buffalo. ... It was still a melting pot, a sparring ground that hardens you."

Gunn's aptitude for fashion and business — honed from an early age — foreshadowed these achievements.

Gunn's "fashion sense dates back to when he was a kid. The 'FLYGOD' album cover is a caricature of him as a child. He really wore those gold chains in his childhood school," explained Jackson, who'd later reference the python snakeskin jacket Gunn more recently wore in the "Rolack's" rap video, which is filled with East Side scenes.

"He was always ahead of the trends — he would have the latest and most fashionable clothes, but he would still customize them."

But an interest in hip-hop rivaled — and at times superseded — Gunn's other passions. "He always put art first," Jackson said, "but starving artist was not in his vocabulary." Gunn's first foray into the music business was as Conway's manager, but when the latter was shot several times, once in the head, Westside Gunn stepped in to fill the void.

While 2012 EP "Hitler Wears Hermes" made waves locally, Gunn's "FLYGOD," in 2016, was the breakthrough album for Griselda — the "moment the light bulbs went off," Jackson said.

Appearances by Danny Brown, the Alchemist and Action Bronson helped its cause, but Gunn's own prowess in writing and spitting verses — even if they initially came with reluctance -- made the industry take note, with his brother also making an impression.

"Their hardcore, '90s style rap is unique, because now you have a lot of rap artists who are doing the same thing – trap and 'mumble rap,' '' Buffalo R&B artist Maya Satterwhite told The News' Jeff Miers in 2017. "Also, not many artists have created their own label. [Conway and Gunn] strike you as a duo from the rough boroughs of New York, not homegrown right here in Buffalo."

"His ability to understand and be connected to the culture and market everything he's doing strategically — art direction, design and strategy — he seamlessly intertwines those things, and to market any brand, you have to do all three of those things well."

A single on "FLYGOD," "Shower Shoe Lords," also thrust Benny the Butcher — known as 2 Chain Benny in the early 2000s — back into the spotlight. Although he wasn't part of the Shady Records deal, Benny soon headlined the Beau Fleuve Music & Arts Festival last year, earned praise from Wu Tang Clan's Ghostface Killah and was invited to take part in a recording session and seminar with J. Cole.

Buffalo has been treated to higher-profile Griselda shows since the release of "FLYGOD" and the partnership with Eminem's brand. There was the now-defunct Waiting Room show in October 2017, plus a bigger stage at the Town Ballroom the last two years.

There's still Conway, though, Griselda's flagship artist who nears the launch of two connected projects — both recorded in Buffalo — that are expected to drop before the end of the year. The pair — titled "Look What I Became" and "God Don't Make Mistakes" — will be the first major releases under the Shady Records heading.

"Bang," a single on "God Don't Make Mistakes," is a joint effort with Conway and Eminem, according to Complex.

Westside Gunn's most recent release was "FLYGOD Is an Awesome God," a Griselda production independent of Shady Records, while Benny the Butcher churned out "The Plugs I Met," also independently.

While lacking the exposure of Gunn, Benny and Conway, Griselda's in-house engineer-producer, Daringer, is credited with helping mold Griselda's gritty, East Coast rap sound. A 2016 interview cites Daringer's roots in jazz and vinyl, plus how he got connected with Gunn.

Jackson, a McKinley High School and Buffalo State College grad; Brandon M. Burton, who attended Sweet Home and Hutch Tech; and Jacob Amankwaah, a recent SUNY Fredonia grad and entrepreneur that has successfully built and sold a company; work out of Buffalo and Atlanta, focusing on partnerships, merchandising and day-to-day management of the Griselda Records umbrella.

A sum of these parts, the Buffalo-born rap collective is its own organism, working in unison — now across the country — under Westside Gunn's lead.

With Shady Records and Roc Nation both attracted to its growth, Griselda can continue to lead Buffalo hip-hop even further into a new frontier, a place it's never been. That's a big responsibility, but one that could keep Buffalo on the hip-hop map.

Westside Gunn, pictured in front of his red Rolls Royce and by La Nova Pizzeria on West Ferry Street. (Via @TefWesley)

From left: Westside Gunn, Conway the Machine and Benny the Butcher. (Photo courtesy of @TefWesley)

The album cover of "FLYGOD" is a caricature of Westside Gunn as a kid. (via Griselda)