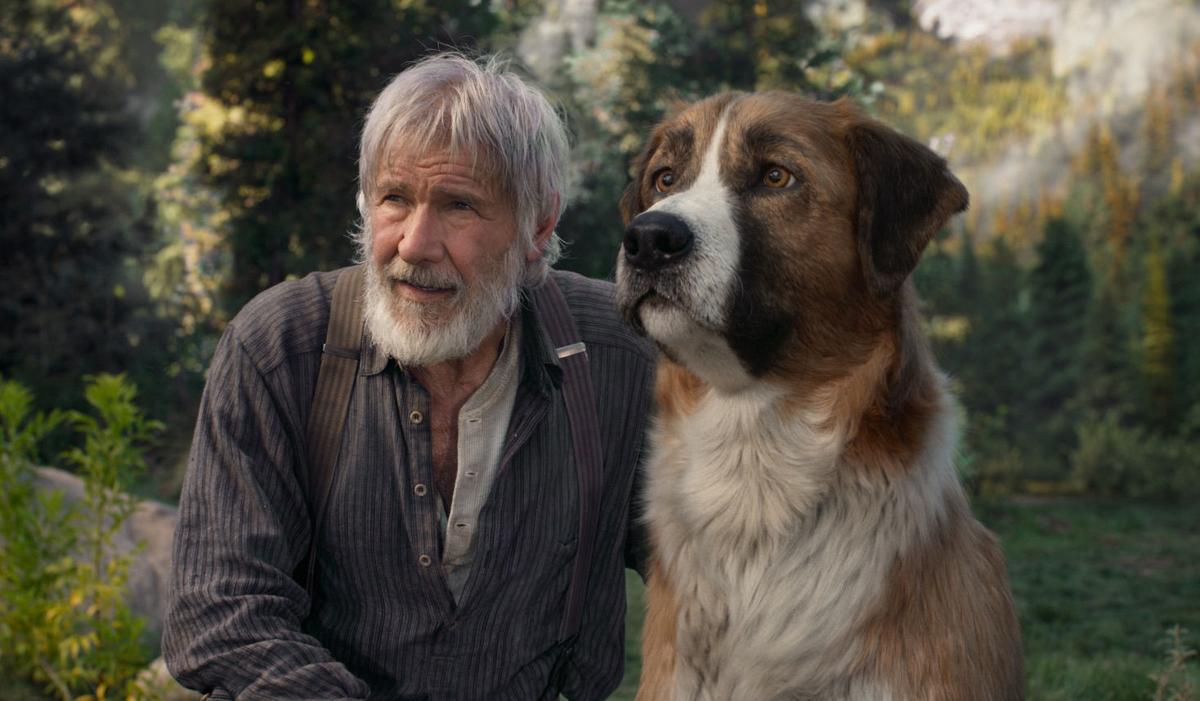 "The Call of the Wild," starring Harrison Ford and friend is one of the major Hollywood films that has gotten an early release on digital platforms for families to watch at home. (Twentieth Century Fox) 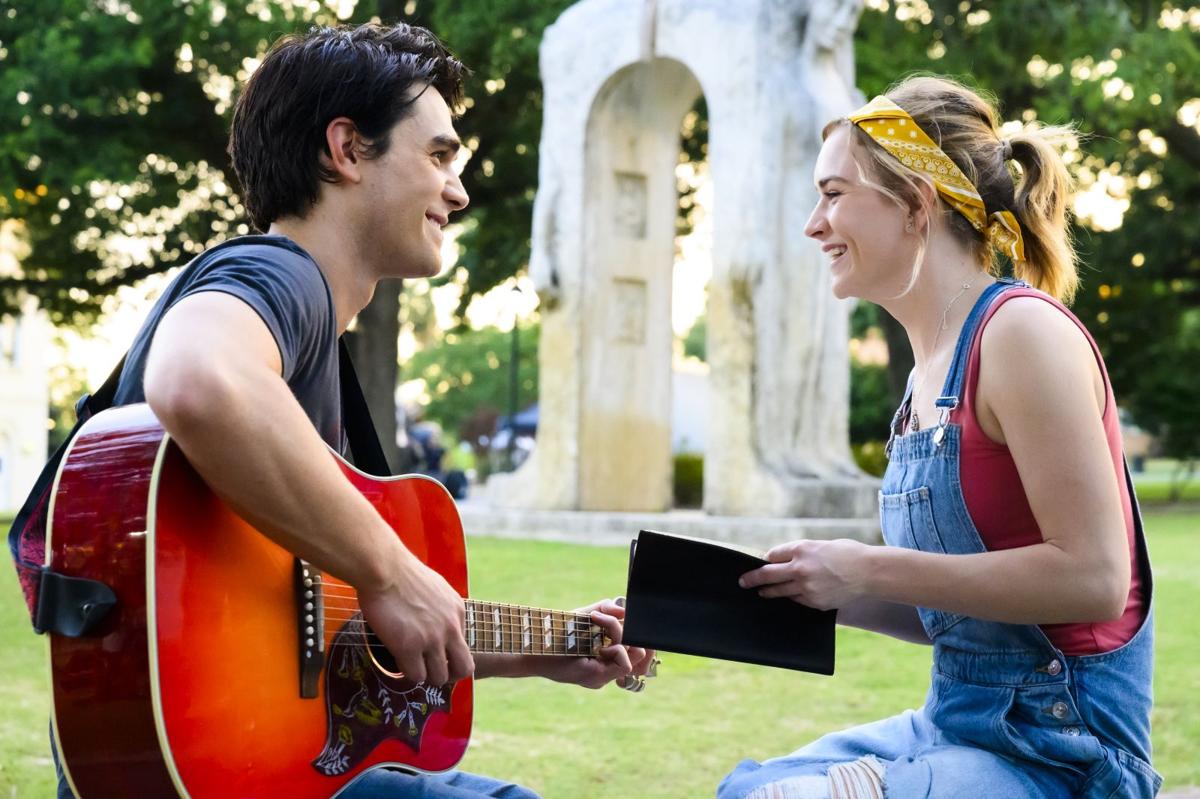 KJ Apa, left, and Britt Robertson star in the true story of Christian music star Jeremy Camp and his wife Melissa in "I Still Believe." (Photo by Jason LaVeris) 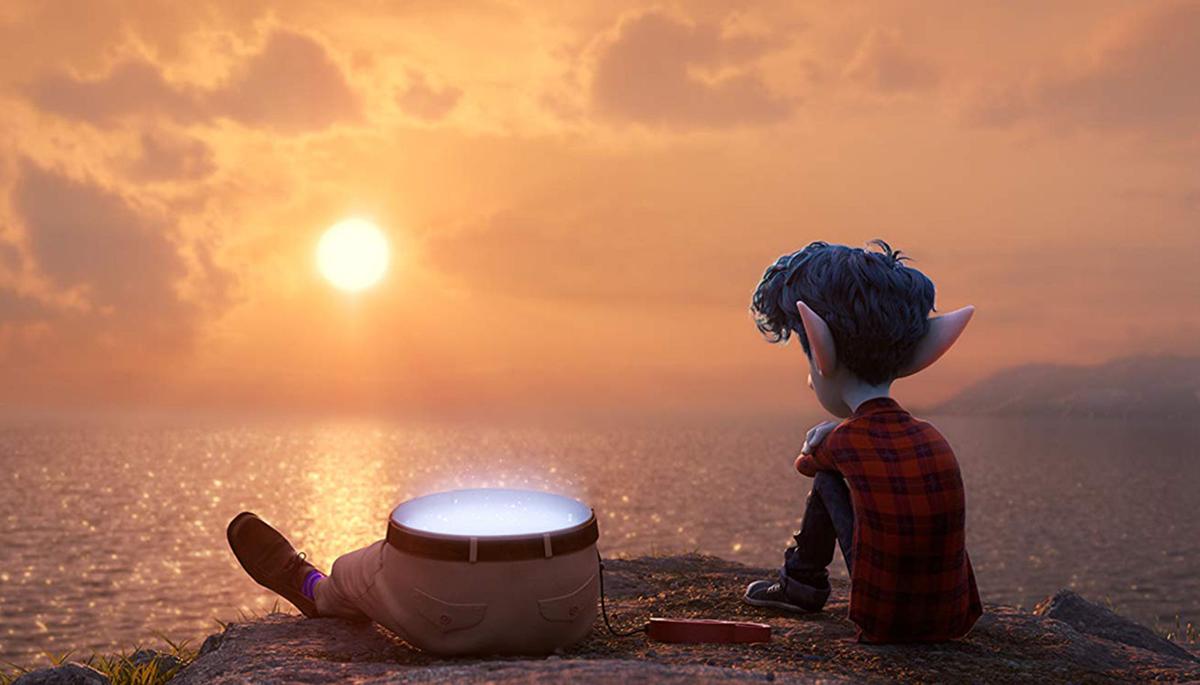 The animated family film "Onward" is available to watch at home. (Disney/Pixar/IMDb/TNS)

The movie industry is reeling from the effects of Covid-19. Film production has ceased and theatrical moviegoing has come to a halt. That does not mean watching new films is impossible, though. There are a number of new and recent releases to watch – including some real biggies.

New films are available way ahead of schedule on Amazon’s Prime Video (in the Prime Video Cinema section) and its streaming and on-demand competitors. Some will call the prices too high – the rental-only selections are $19.99, with 30 days to start and 48 hours to watch – but considering the cost of a couple big-screen tickets, the figures are not too outrageous.

A few have already enjoyed healthy theatrical runs and are merely being released early – see “Star Wars: The Rise of Skywalker,” “Sonic the Hedgehog” and “Birds of Prey.” Others barely had a chance to play in cinemas, if at all.

Here’s a roundup of the latest releases. Unless otherwise indicated, the films listed are available for on-demand viewing on Prime Video, iTunes, Vudu and Fandango Now.

“Onward.” Pixar’s latest fared poorly at the box office, mainly due to its release just as the coronavirus threat was gaining steam. But it’s a sweet, winning family film about the bonds between siblings and the quest for identity set in a world of elves, pixies and dragons. “Onward” will be on Disney+ on April 3, so it makes sense for subscribers to wait. Currently available for purchase only.

“Emma.” The latest adaptation of Jane Austen’s novel is a delight, featuring a stellar lead performance from the exquisite Anya Taylor-Joy and superb backing from Johnny Flynn and Bill Nighy. It’s one of the finest films so far this year, and is available to watch at home mere weeks after opening. Currently available for rental only.

“The Hunt.” This sour satire about humans being hunted for sport was famously bumped from its original release date due to then-recent mass shootings. Currently available for rental only.

“The Way Back.” Ben Affleck’s performance as an alcoholic basketball coach earned raves. Currently available for purchase only.

“The Call of the Wild.” Harrison Ford and a CGI dog lead this well-received Jack London adaptation. Currently available for purchase only.

“I Still Believe.” Christian music fans are likely already aware of this follow-up to “I Can Only Imagine,” which tells the story of singer Jeremy Camp. Currently available for rental only.

“Downhill.” Julia Louis-Dreyfus and Will Ferrell star in comedy flop based on the Swedish film “Force Majeure.” Currently available for purchase only.

“Bloodshot.” Vin Diesel. Comic book adaptation. If that entices you, take the “Bloodshot” plunge. Currently available for purchase only.

In addition to these titles, “Frozen II” already is on Disney+; the masterful French romance “Portrait of a Lady on Fire” is streaming on Hulu with on-demand to follow; horror flick “Gretel & Hansel” arrives for early on-demand purchase on April 7; and the sequel “Trolls World Tour" will be available on-demand on April 10. The acclaimed drama “Never Rarely Sometimes Always,” starring Buffalo native Sidney Flanigan premieres on-demand on April 3.

Zeroing in on four Western New York eateries that have taken a calculated risk by trying something new.

The Leonardi's tradition is now being carried on by Bailey Avenue Pizza North, which soft-opened Sept. 1 at 614 Grover Cleveland Highway and has planned a grand-opening celebration for Sept. 21.

Despite not having an opening date, signs of life at Hofbrauhaus Buffalo suggest the longest-running restaurant construction project in town could at last be nearing its end.

The only local mentions you will hear on Alt 107.7 are commercials and identifiers of the station.

At the Poked Yolk, distinctive breakfast is reimagined

What the Poked Yolks' owners have done in their two locations is a commendable work of breakfast alchemy, writes Andrew Galarneau.

A dining area that could typically seat 300 people has been spaced out to accommodate 90 – with more than the required 6 feet between dining groups.

To say that Rob Gronkowski made good use of his year off from the National Football League having fun promoting himself on television would be an understatement.

The Kennesaw Anchor Bar has been announced as the third official Bills Backer Bar in the Atlanta, Ga., area, replacing the Duff's that closed this year.

Rivers’ departure follows the recent exits of Paul Hamilton at WGR-AM and DJ Anthony at WKSE-FM in cost-cutting moves being made at Entercom stations.

Movies in a Minute: 'The Nest' & 'Antebellum'

How to navigate trick-or-treating in your county this year

How to navigate trick-or-treating in your county this year

"The Call of the Wild," starring Harrison Ford and friend is one of the major Hollywood films that has gotten an early release on digital platforms for families to watch at home. (Twentieth Century Fox)

KJ Apa, left, and Britt Robertson star in the true story of Christian music star Jeremy Camp and his wife Melissa in "I Still Believe." (Photo by Jason LaVeris)

The animated family film "Onward" is available to watch at home. (Disney/Pixar/IMDb/TNS)