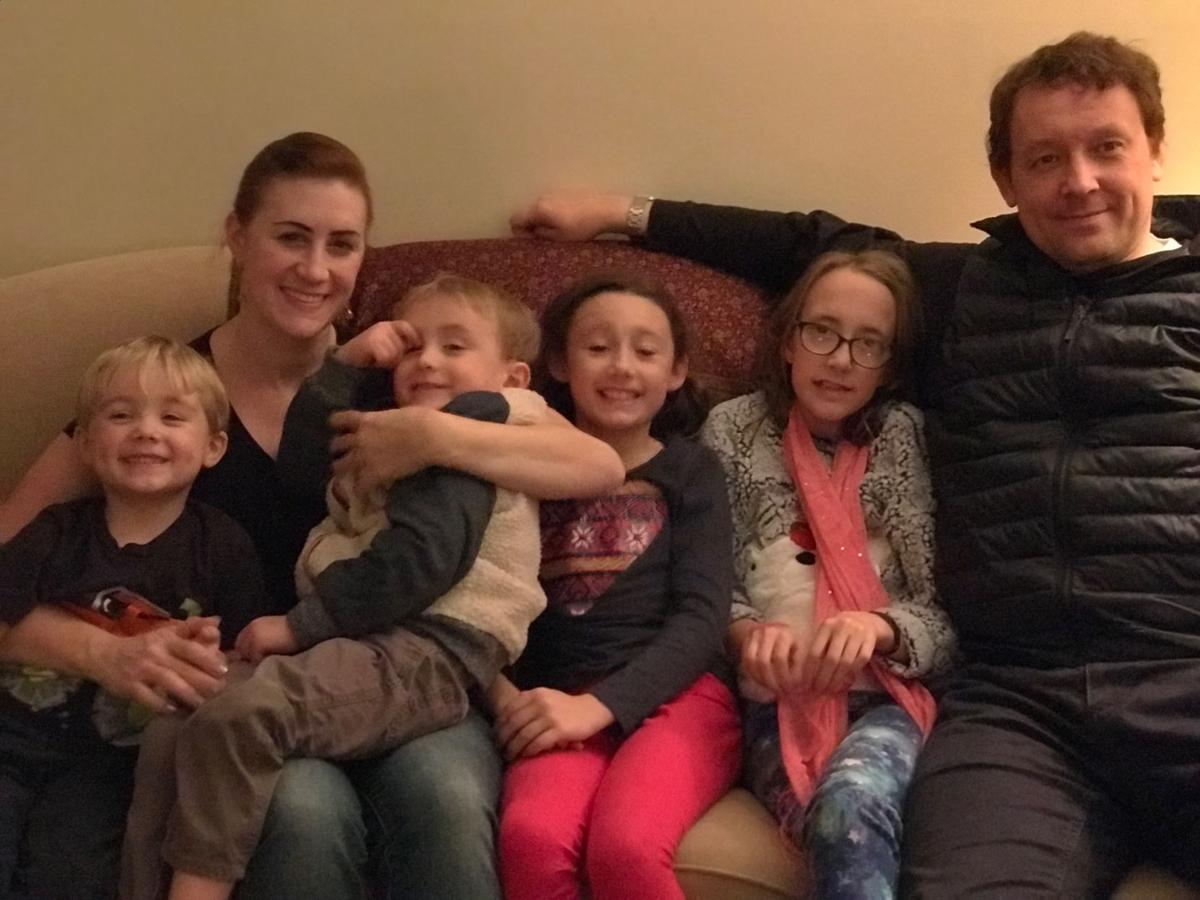 Beth and Johan Klarin with their children, Isabella, Mia, Benjamin and Oskar. 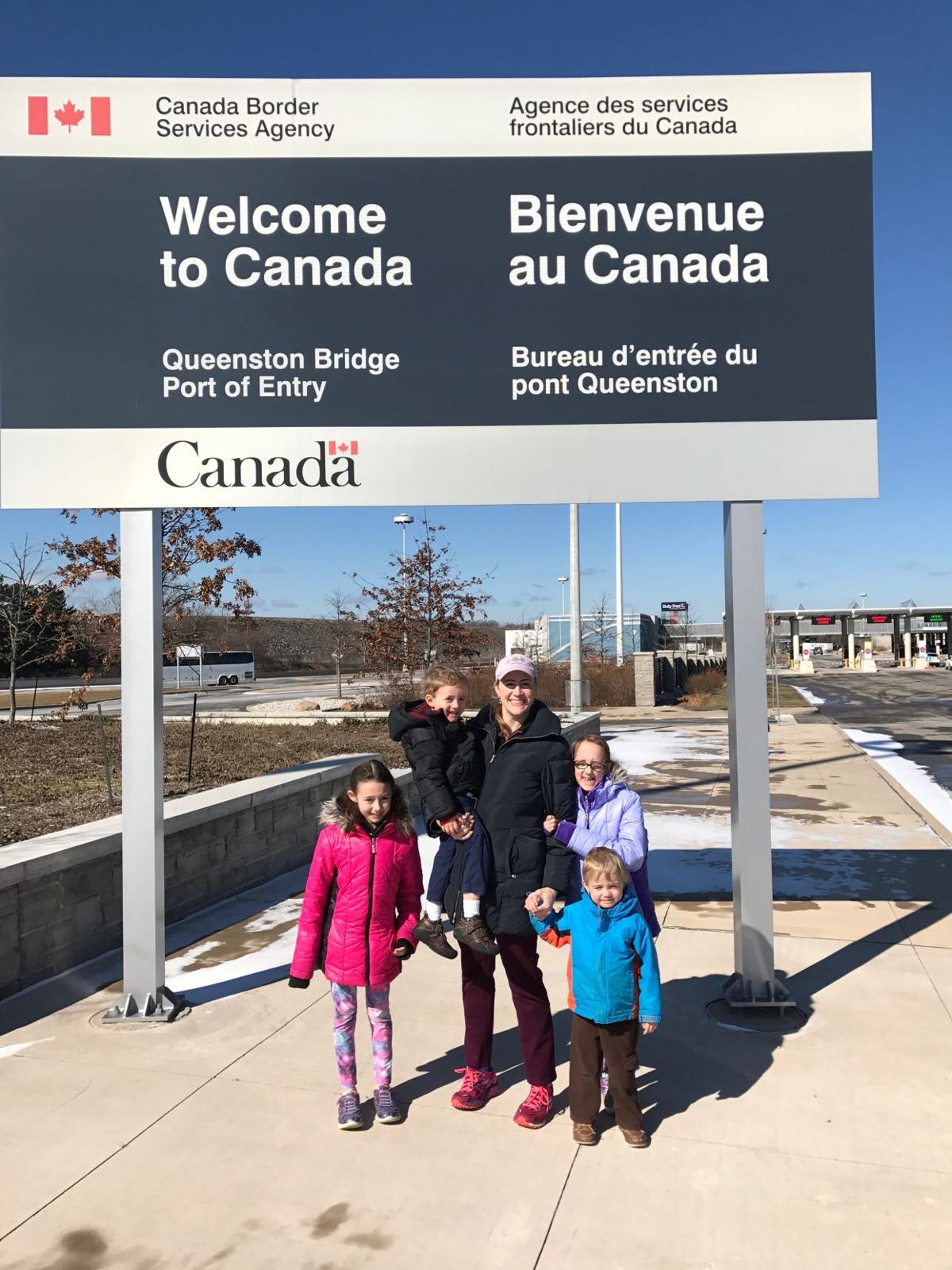 Beth with her four children at the Canadian border. Buffalo's proximity to Canada is one of the many reasons she loves the Queen City. 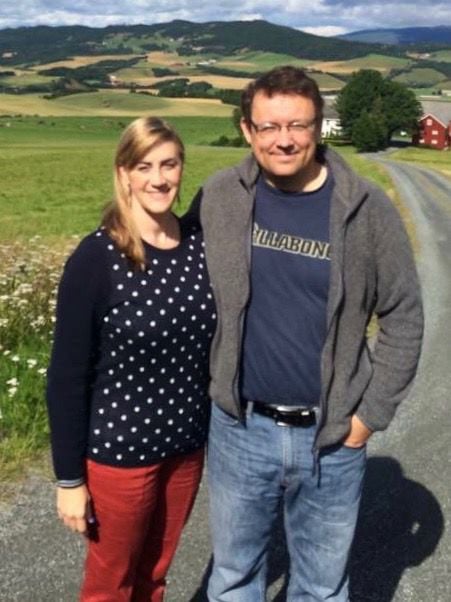 Beth and Johan Klarin fell in love with Buffalo when they attended the University at Buffalo.

Beth Klarin didn't grow up in Buffalo, but when she moved here in 2001, she instantly fell in love. Now she calls herself one of the city’s biggest cheerleaders.

“I’m probably the most enthusiastic Buffalonian on the planet,” she said.

Beth initially moved to Western New York to attend the University at Buffalo School of Law. The Schenectady native had been living in New York City, working as a financial writer before making the switch into the legal field.

She was working as a legal assistant for a company inside the World Trade Center, with plans to attend Brooklyn Law School. But after a visit to UB’s international law program, she knew this was where she wanted to live.

“Things are much more detached in Manhattan and I personally prefer that more tight-knit community,” said Beth.

She moved four weeks before the 9/11 attacks.

“I feel, truly, that my move to Buffalo was a gift,” said Beth. “It certainly saved me heartache and likely physical repercussions, if not altogether saving my life.”

Beth soon convinced her husband (then boyfriend), Johan, to also move to Buffalo to attend UB for his MBA. He had been living and working in London.

Love most about Buffalo: The people, the sense of community, the schools, the professional opportunities, the culture and arts

Miss most about New Jersey: Being so close to the ocean

In 2004, Beth and Johan both graduated and started their careers in the Queen City. Beth was working in immigration law, while Johan worked in a startup, then at Merrill Lynch as a financial adviser.

Four years later, Beth was pregnant, when Johan got a job opportunity in Washington, D.C. Johan moved first, with Beth staying back to make sure his new job stuck before relocating the family. By the fall, she had joined him, and they welcomed their twin girls, Isabella and Mia, the following January.

After a year in D.C., they moved around with brief stays in Syracuse and Albany, ultimately ending up in New Jersey. Beth was working from home during that time, but in New Jersey, she had the opportunity to work with the largest immigration law firm in the world.

She began working at Fragomen, and stayed there for the next six and a half years.  She says she really enjoyed working there, but in the back of her mind, always felt the pull back to Buffalo.

“It’s just so different than the rest of the world. It’s not about the me as much in Buffalo, it’s about the we. The us as a community,” said Beth.

Her wish to move back came true when Johan was offered a job as managing director of Viaduct, doing marketing and business development for startups. By January 2017, they were back.

At this point they had added another set of twins, Benjamin and Oskar, to the family, so the Klarins were thrilled to be in the Queen City.

The Klarins say they feel settled here, and hope to be able to continue living and raising their family in Western New York.

Beth has found a job she loves with Lippes Mathias Wexler Friedman law firm in their new immigration practice, helping businesses and people come to the United States.

The Klarins also love seeing all the progress the city has made since they first discovered Western New York.

“Buffalo is great at using what it has to its best advantage,” Beth said. “Every time we face a challenge, we are able to pivot back, to make something good out of it. Johan has lived all over the world, but says he really likes what Buffalo has to offer: the friendly people, the arts and culture, the restaurants, and the work-life balance."

“We’re vastly under-marketed as a city outside of Buffalo,” Johan said. “It has a sense of community like a much smaller city,” but adds that there are many perks of a larger city.

“There is a palpable energy and excitement to this city,” Beth said. “Buffalo is the whole package.”

It has always seemed to me that Stone, more than any other figure anywhere, gave America a safe and decent way out of the ideological and emotional maze of the war in Vietnam, Simon says.

Beth and Johan Klarin with their children, Isabella, Mia, Benjamin and Oskar.

Beth with her four children at the Canadian border. Buffalo's proximity to Canada is one of the many reasons she loves the Queen City.

Beth and Johan Klarin fell in love with Buffalo when they attended the University at Buffalo.