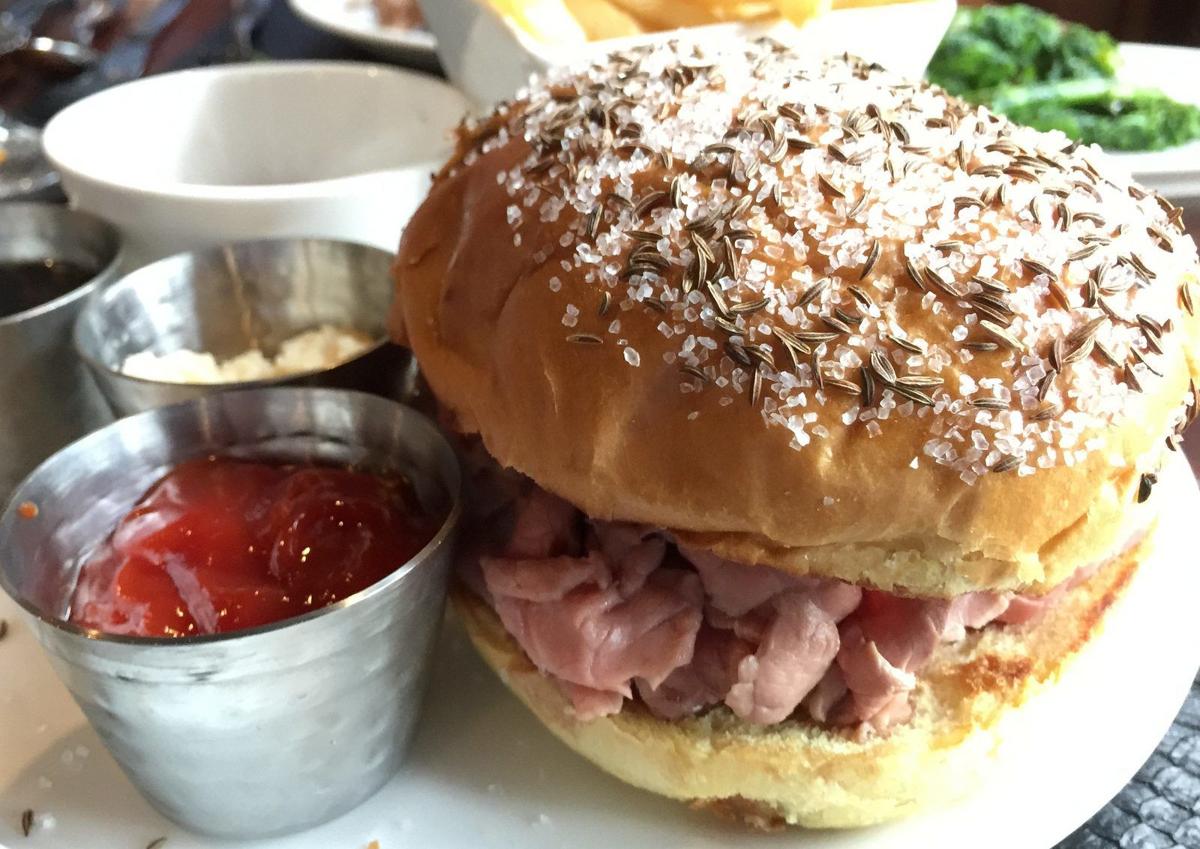 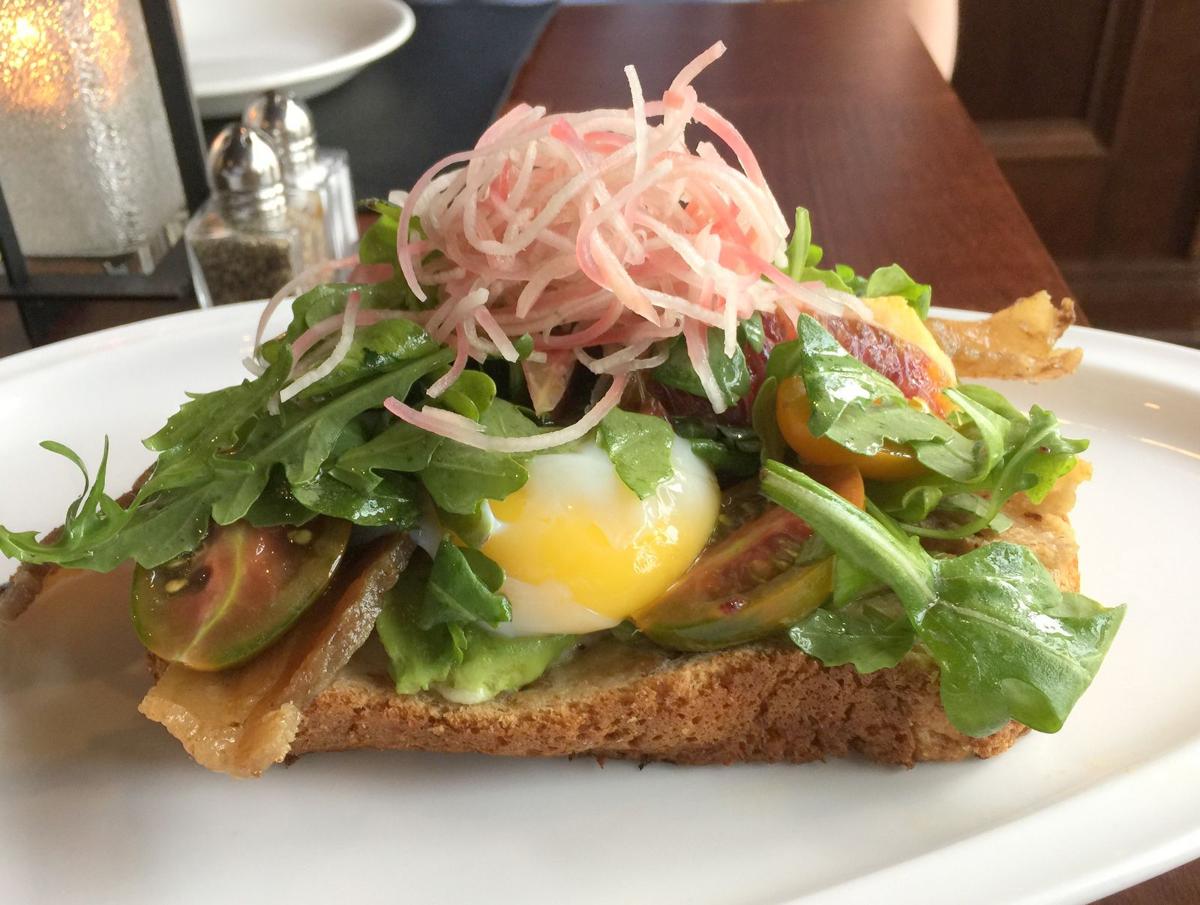 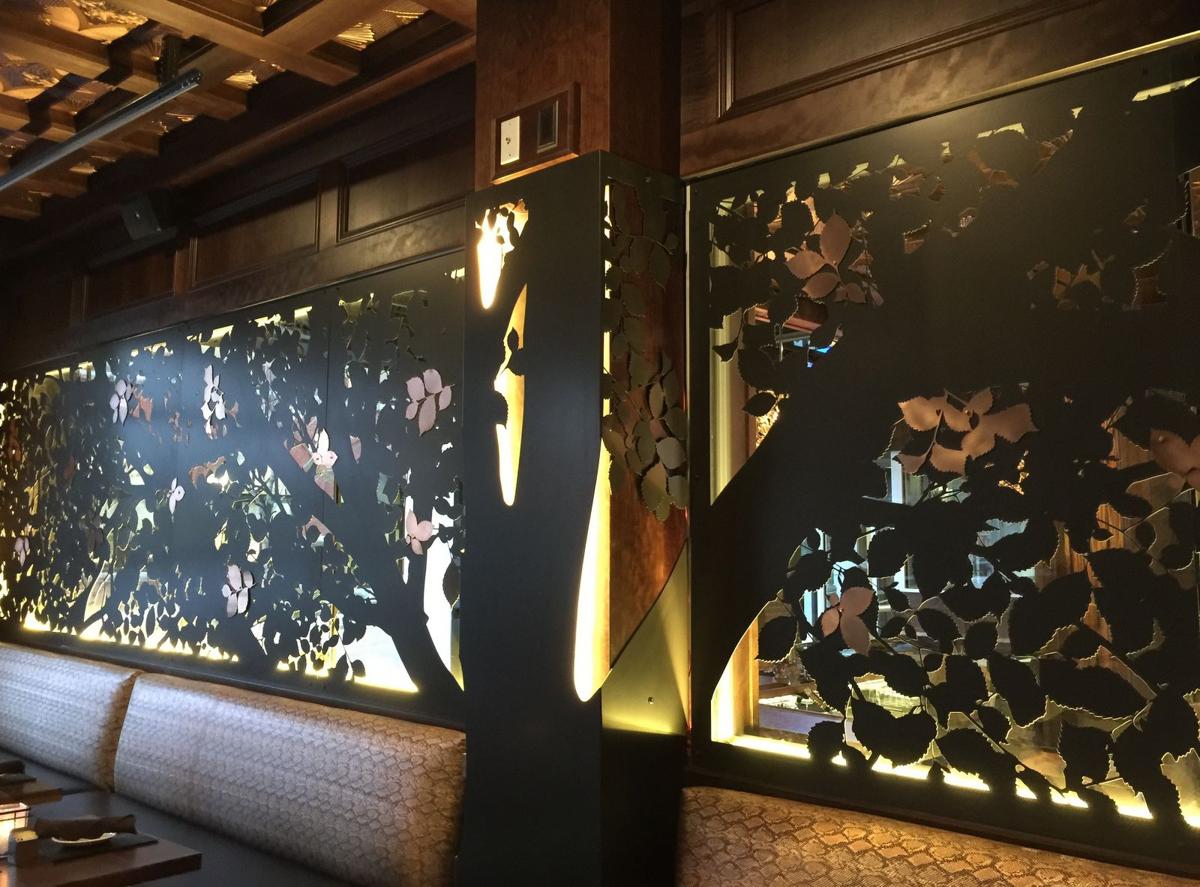 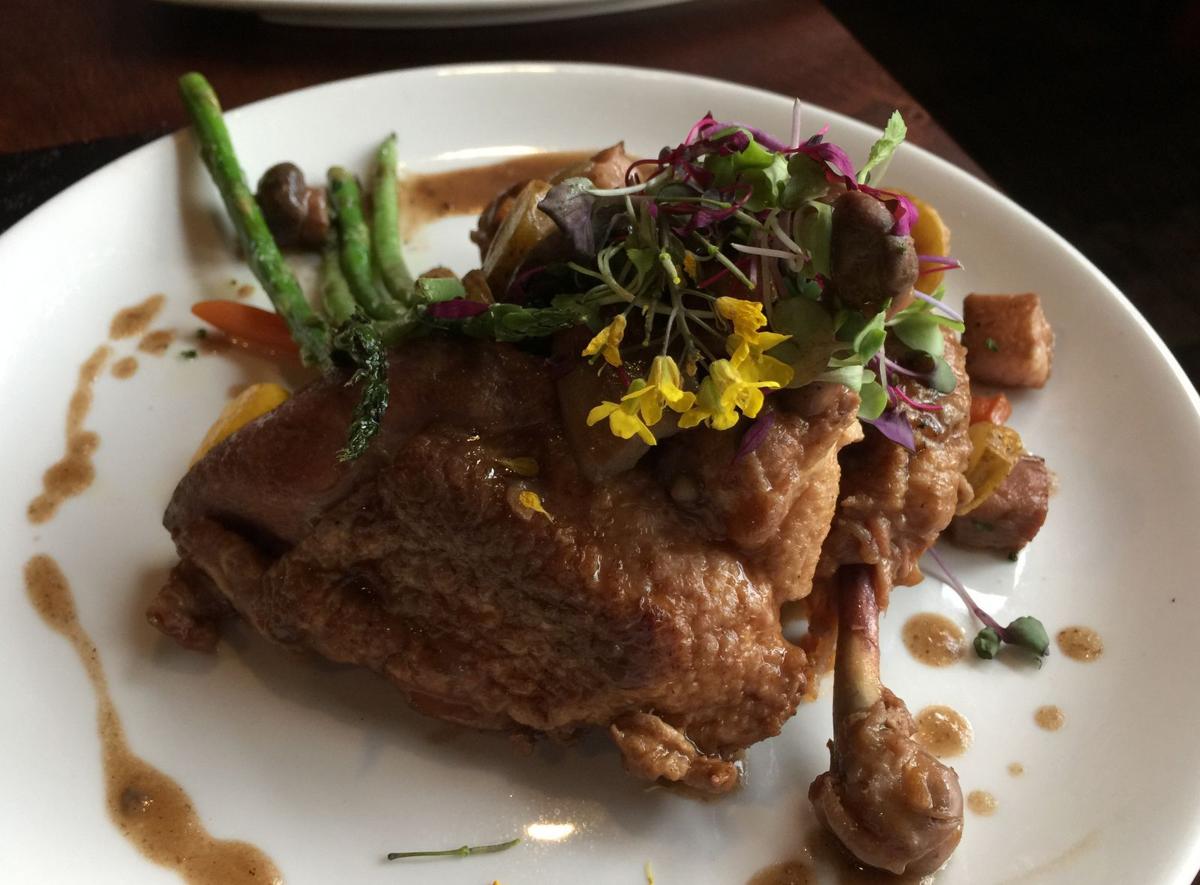 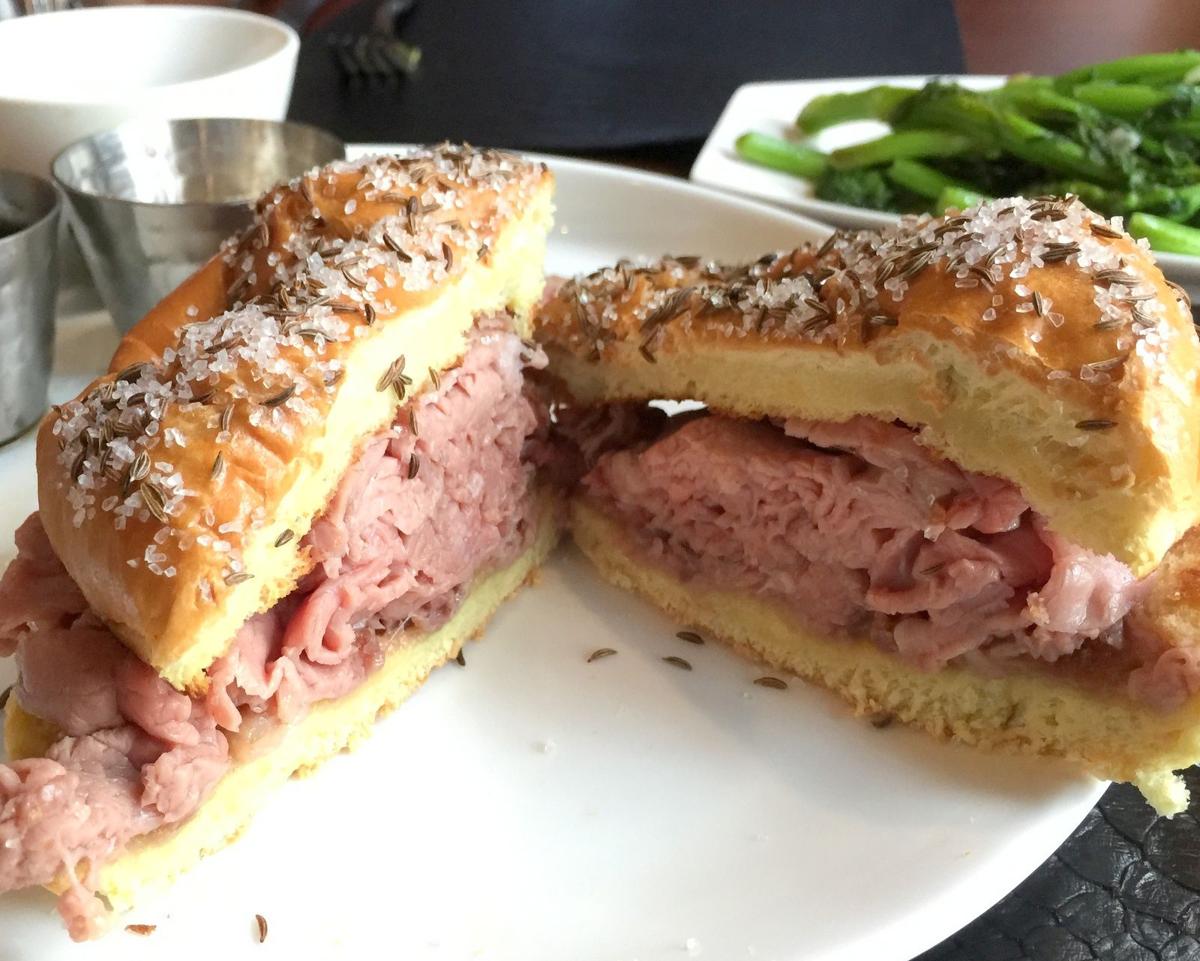 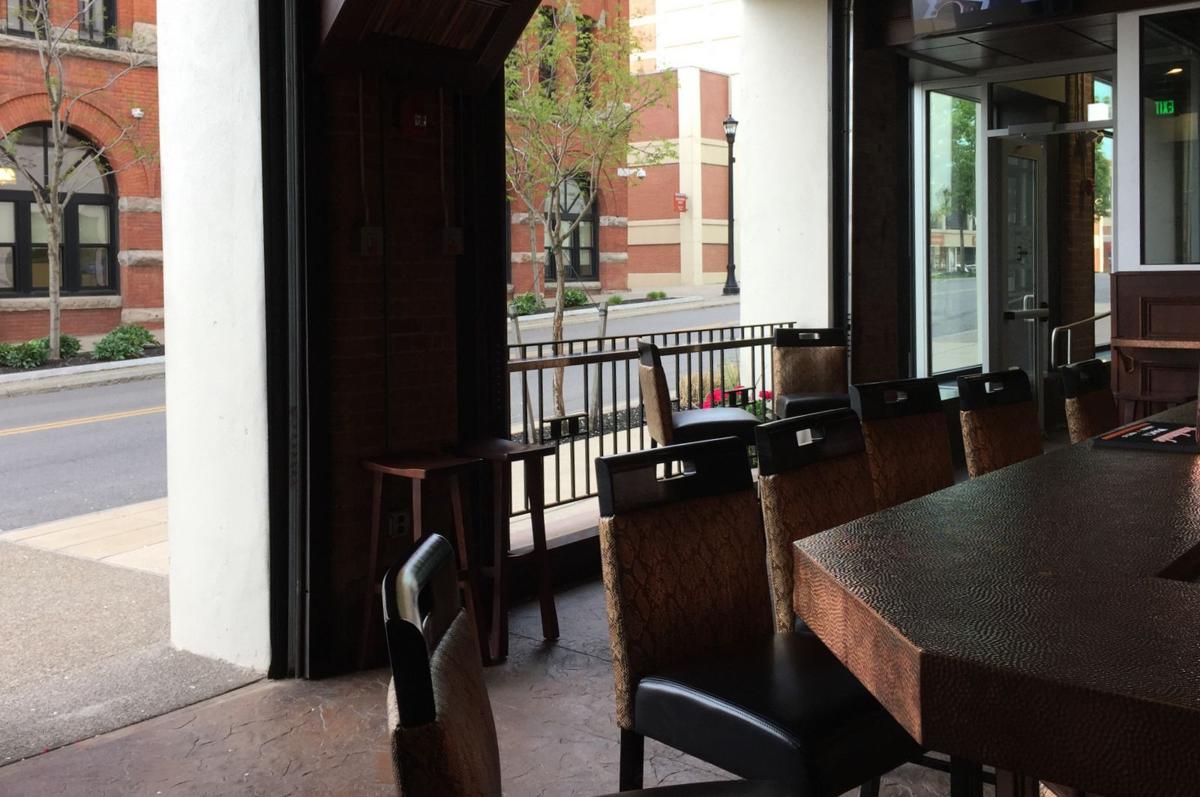 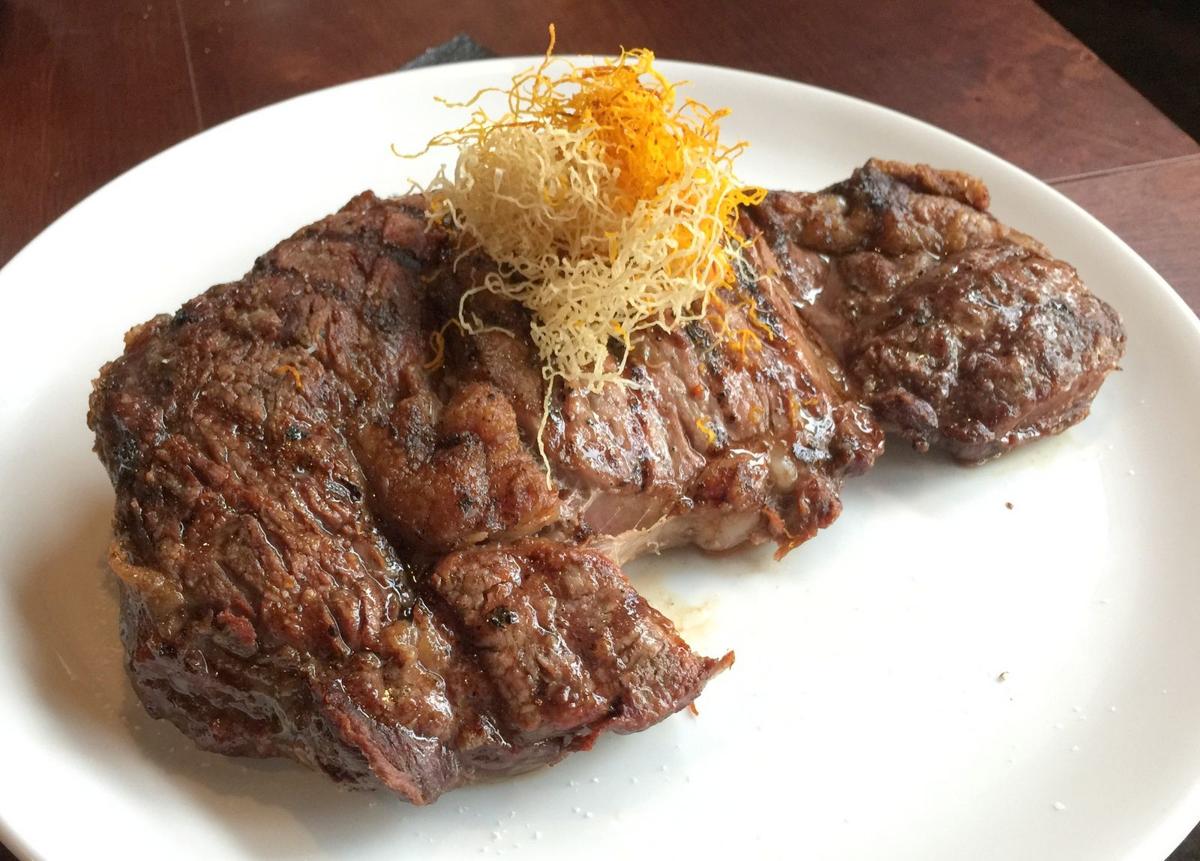 Eckl's@Larkin is an audacious attempt at building a steakhouse into a sprawling former industrial space while infusing it with the spirit of a historic family restaurant.

The result is a restaurant with wide-open spaces and plush upscale decor where you can enjoy a credible beef on weck, but also take a deep dive into the steakhouse canon.

The beef on weck ($14) is a dollar more than the Orchard Park original, for a version that seemed to have far more salt but the same amount of beef, on my visit at least.

An appetizer of griddled cherry bread was laden with brie, chewy pork belly slices, a bit of salad and an egg, for Millard Fillmore toast ($15).

For a steakhouse, Eckl's@Larkin goes out of its way to court vegetarians. Its efforts go beyond salads like the kale & grain ($10), made of roughed kale, Cajun-spiced pecans, and freekeh, which is roasted green wheat.

Butternut lasagna ($15) fills pasta sheets with squash and spinach, topped with spiced beurre blanc and more pecans. There's an all-vegetable Beyond Burger ($18), with vegan cheese, and also Beyond Bolognese ($22), where vegan burger gets the slow-simmered treatment before being ladled over ricotta gnocchi.

Chicken coq a vin ($24) was half a locally raised bird simmered in wine, pork belly lardons and mushrooms.

The big hitter was the steak, in this case a 20-ounce bone-in ribeye ($42) that turned out not to have a bone after all. It was seared a touch, medium-rare, as ordered, and topped with a tangle of fried root vegetable threads.

At Eckl's@Larkin, beef is king.

Pubski Pub was formerly the Anchor Inn for multiple decades until 2012, when it was sold and operated under Captain Smith's Anchor Inn until closing in 2019.

Once Covid-19 restrictions are eased, Frankie Primo's in North Tonawanda can accommodate more than 300 patrons.

A few suggestions for what to drink on the special day, April 7, or on New Beer's Eve, April 6.

"This is a chance for me to get a wide-open kitchen, room to expand and more ovens," said owner Kaylena Eisenhauer.