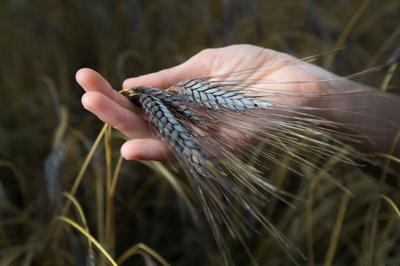 Every activist can tell you when they got bitten by the bug.

For Emily Savage, it was Oct. 31, 2016, and the bug was a blacklegged deer tick carrying borellia burgdorferi, the bacteria that cause Lyme disease.

Savage was a leading Southtowns pastry chef who had devoted years to mastering croissants, vanilla-glazed palmiers and other classy sweets while developing the pastry program at Hamburg’s Grange Community Kitchen, one of the area’s finest restaurants.

After the bite, infected with Lyme, Savage's body had a violent reaction to white flour and refined sugar. Desperate for answers, she dove into research. “I can't eat sugar or flour without feeling like absolute garbage, but I am working in a pastry shop 70 hours a week,” Savage said. “So how am I going to bring healthy food that I can eat to my work life, so I don't have to die when I go home?”

Her search became her life’s mission, what she calls the Savage Wheat Project. Now 31, the pastry chef’s life work is making satisfying baked goods she can eat herself, including getting into grain farming to grow the food she needs.

By feeding people better grain, grown locally, Savage wants to provide choices for people who get sick eating regular wheat, and everyone else. By growing her crops locally, she is one of a small group of activists working to bring back local grains, aiming to strengthen their community’s ecosystems.

Savage has painstakingly worked out recipes for bread, rolls, cookies, brownies, granola, cereal bars and more that have no refined oils, white flour or refined sugars. Since January, she has been selling her work at events and by order each week from a commercial kitchen through savagewheat.com.

Savage has been working with local farmers to grow the varieties of grains she treasures, like black emmer, turkey red wheat, spelt and einkorn. Starting from a few pounds of rare seed, planted and harvested by hand, over and over, three years into her project, Savage is the proud owner of two tons of heirloom variety grains from local fields. This is the first crop big enough to call for a combine to harvest it mechanically.

By next year, it will all be in the Western New York soil, the next step in Savage’s plan to heal the world through better food. Heading into her fourth year of the project, the customer response has left her “ecstatic,” Savage said. “It’s like watching a flower blossom.”

Emily Savage grew up in “a magical place,” her family’s land on Hunter Creek Road in South Wales.

Nature was her playground. “I would wake up, run right outside, and play in the creek and outside until I had to come inside. I would go in the creek looking for salamanders, looking for bugs. My nickname is actually ‘Bug.’ ”

So as a young woman, it was nothing unusual for Savage to help hang a deer for cleaning that a friend brought home.

The next day she woke to find a bug on her.

Grossed out, she flushed it. Whew, she thought. Good thing that tick didn’t bite me.

Ten days later, when Savage woke, “I intuitively felt like something was all throughout my blood,” she said.

Lyme disease, the test said. The specialist she was sent to see said the test was mistaken.

“I was in excruciating pain every day,” Savage said. “Severe memory loss. My legs were too weak and I would fall.”

This was a person who routinely hoisted 50-pound sacks of flour at her job and carried them upstairs to a pastry kitchen. “I had chronic fatigue syndrome, so I spent as much time as I could in bed, like a mono patient.”

On her sickbed, Savage dove into studying Lyme disease, “and I never stopped.”

Lyme disease’s immune system effects triggered her gluten sensitivity, Savage said. But heirloom flours – made from grain varieties that were common in the United States a century ago but scarce now – didn’t make her sick.

Savage took a job with Thorpe's Organic Family Farm that helped her heal, spending half her day in the fields working in the sun. Meanwhile, she experimented while handling the farm's baking duties.

After extensive testing with herself as guinea pig, Savage refined her view of healthy food. No white flour, no white sugar, no refined fats. Heirloom flour doesn’t act like white flour in recipes, so Savage experiments until she gets the results she wants.

“It’s all different,” Savage said. “Mixing’s different. Between not using white sugar and not using conventional wheat, everything you learned goes out the window.”

But this baking veteran has learned a few things over the years.

“I want einkorn in a soft loaf, and it works amazing, but after two days of sitting, it becomes crumbly,” Savage said, pointing out a perfectly good-looking loaf. “I want my bread to last a week.”

Next, she will test adding some Thorpe’s Organic Farm potato to the einkorn dough. “I want a white loaf, that people can relate to, that has that white bread fluffiness, but it's partial sourdough, and it’s stable, and can last a week, and you're eating ancient grains.”

The seeds that got Savage started came from Elizabeth Dyck, a trained agronomist, who has worked with farmers from numerous countries to help them make their farming systems sustainable without relying on chemicals.

“One of the things that I learned early on is that small grains, and this includes the ancient wheats, are soil-improving crops. They pump organic matter into the soil. They break the cycles of pests and diseases in crops like corn and soybeans.”

In most places in the Northeast, wheat and the small grains disappeared a century ago, Dyck said.

“Why? Because farmers couldn't make a living growing them. So you have to add value to the small grains to make them profitable for farmers. How do you add value?”

When the local food movement started with vegetables, then expanded into animal products, consumers started asking for locally grown grain, some 15 years ago, Dyck said. “Bingo, that increases the value of these grains immediately.”

Nutrition news on ancient grains has helped increase demand. “All whole small grains have increased nutrition compared to the refined stuff,” Dyck said. “But einkorn, a yellowish seed that produces a yellowish golden flower, is packed with lutein. That compound has been shown, over and over, to reduce health risks like macular degeneration and high blood pressure.”

Regular wheat, conventionally grown, might bring $4 for a 60-pound bushel, Dyck said. For organic wheat, the baseline price is around $15 to markets in the Northeast. The more health-conscious consumers ask for them, the better local grain fortunes will get, she said.

'On the same page'

Putney raises pigs, beef cattle and chickens on a farm where the animals forage freely on open ground, unlike the factory farms that produce most of America’s meat. It's a farming method popularized in the United States by Joel Salatin of Virginia.

The results were impressive enough that Putney has expanded production over five years, to the point where Rise 'N Swine Farm decided to open its own farm store, offering retail cuts and smoked meats.

While Putney was in town at a Kiwanis meeting, he heard Savage was looking to create a commercial kitchen. His wife, Elisabeth, sent her an email, Savage came over to look at the farm, and it turned out they had much in common.

“She's down that path, the whole wheat thing and saving the earth and stuff like that. We're doing the same thing, but we're doing it with animals,” Putney said. “We're both on the same page, headed in the same direction with what we're doing. Well, those are the kind of people I want to bring with me when I'm going.”

Plans are for Savage Wheat Project to have a commercial kitchen behind the farm store by the time her wheat is ready to mill next year. “She just gets it,” Putney said, “what we're trying to do and what she's doing.”

“I have created many different menus,” Savage said, paging through her recipe book. “This one is by far the most different and means the most to me. I'm using lard instead of butter. I'm using all these natural ingredients instead of these other ingredients, no more excuses.”

One day, Savage hopes, she will have her own farm. It would grow the herbs and other things her menu requires. Plus wheat, of course, all the varieties she needs, larger fields of others, a seed stock just in case something happened, a backup plot of all of them. They would, of course, be cultivated by horses.

Who knows? Sometimes, from a tiny seed, great things can grow.

Photos: Emily Savage shows off her wheat field and her food

Emily Savage believes better wheat helped her heal from the effects of Lyme disease, and she's dedicated herself to the mission of bringing ba… 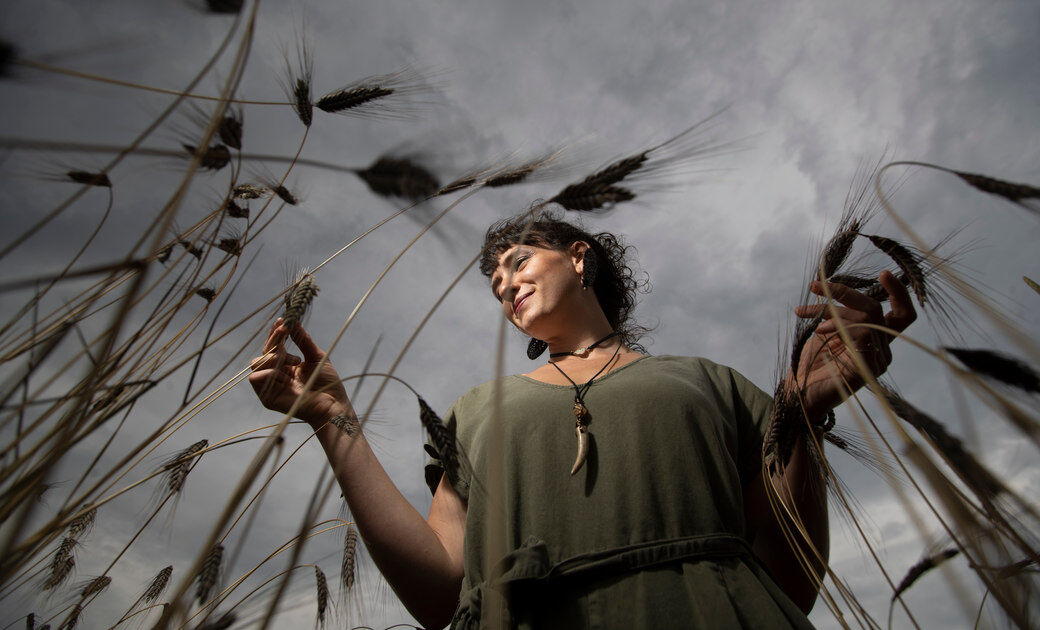 Emily Savage stands in her wheat field in Clarence Center. “It’s like watching a flower blossom,” she says of her project. 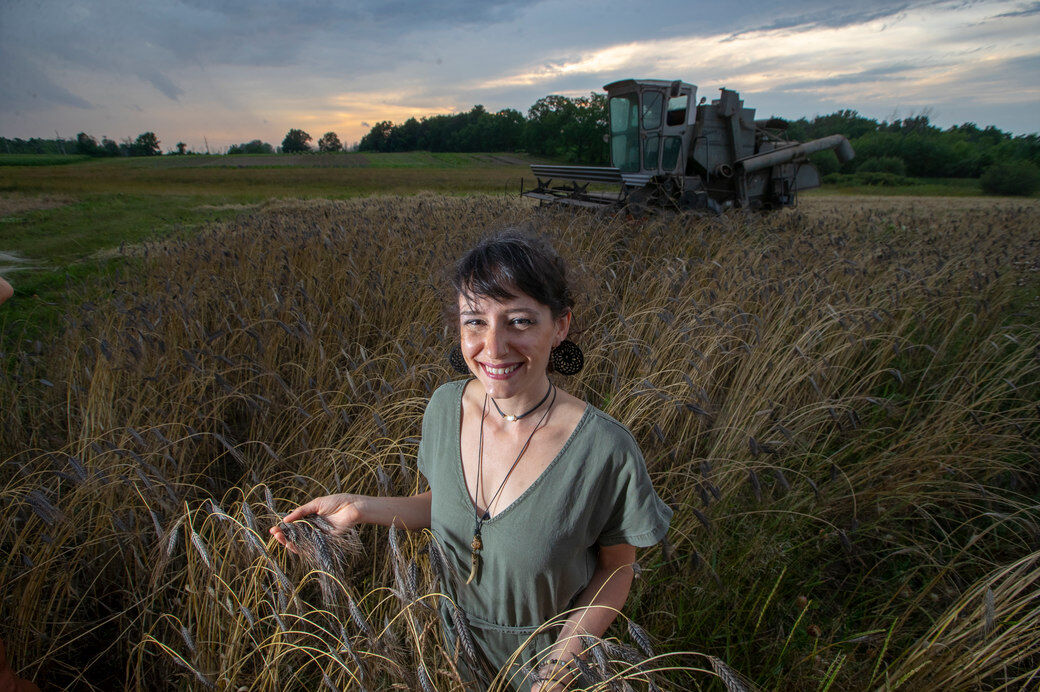 This year's was the first crop for Emily Savage big enough to call for a combine to harvest it mechanically. 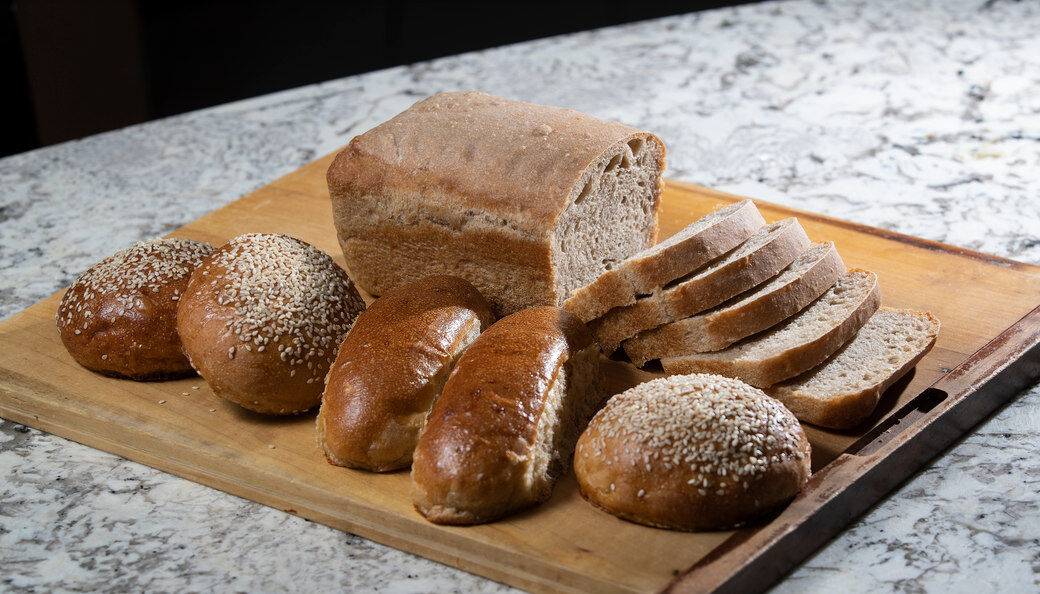 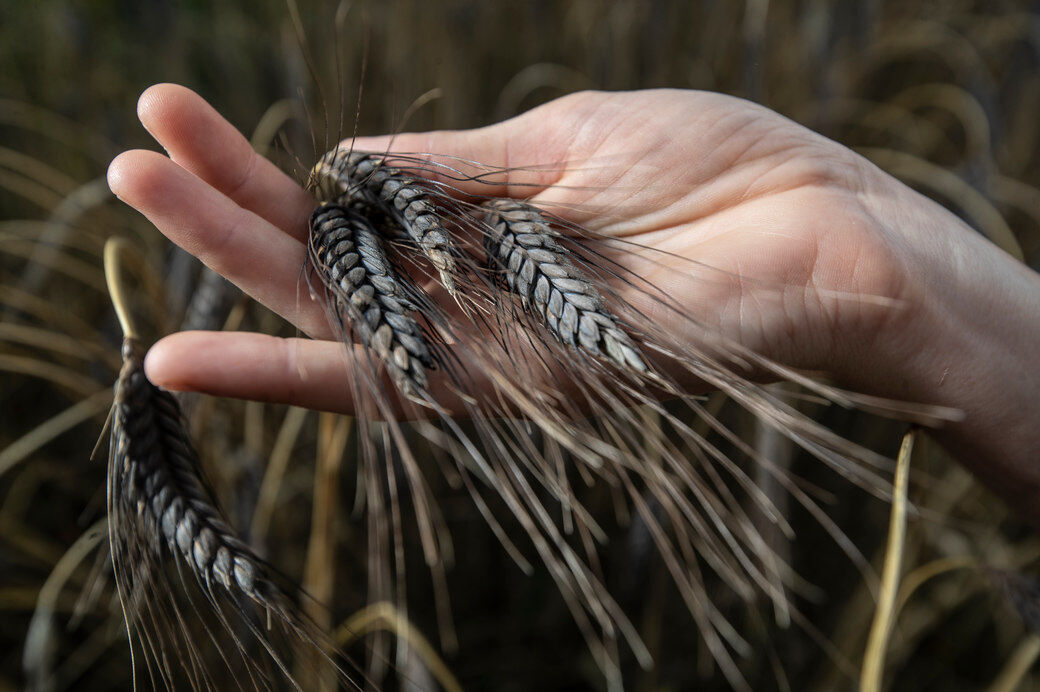 Starting from a few pounds of rare seed, planted and harvested by hand, over and over, three years into her project, Emily Savage is the proud owner of two tons of heirloom variety grains from local fields.

From left, a honey peanut bar, a sour cherry and dark chocolate truffle brownie and a honey seed bar made by Emily Savage.