Subscribe for $1
Read Today's E-Edition
Share This
At the new West Side Bazaar, room for more American dreams
0 Comments
Share this
Support this work for $1 a month
Andrew Galarneau

The West Side Bazaar was too small the day it opened.

The search for a new home considered every parcel on Grant Street, but none could hold the visions of a project that went beyond food court and crafts bazaar to a true community center, with room for services and businesses beyond dumplings and jewelry.

“Which was really cool,” Welch said. “It was like full circle.”

WEDI, the nonprofit that operates the West Side Bazaar as a small-business incubator, managed to get the former factory for less than $400,000, before the pandemic. Now places across the street start at $1 million or so.

Funded by government and charitable efforts, the $11.5 million project that broke ground Tuesday will have the space to hold many more American dreams.

“We have 120 businesses on our waiting list,” she said. “Probably 60% of them are restaurants. About 10% are service industries, and the rest are various types of retail.” But the last place opened in the West Side Bazaar, sushi counter KO Galaxy that started in May, had operators come "to their intake with emails from 2012.”

So far, businesses that started at 25 Grant St. and went on to other locations include Family Thai, Rakhapura Restaurant, Kiosko Latino, opening soon in Cheektowaga, and the late, lamented Lao Gourmet Foods.

Yet West Side Bazaar remains a bastion of immigrant cuisines in Buffalo. The reason the compact dining area is sometimes overflowing is because it offers so many dishes that are hard to find elsewhere in the 716.

It’s the site of the city's stalwart Ethiopian outpost, Abyssinian Ethiopian Cuisine, delivering satisfactions evenly on vegan and carnivore sides of the plate. It’s the home of Buffalo’s only source of housemade dim sum, 007 Chinese Food.

With the groundbreaking of the $11.5 million future site of the West Side Bazaar, at 1432 Niagara St., dozens of immigrants and refugees will have the opportunity to fulfill dreams of business success.

It's the only place to enjoy the South Sudanese stylings of restaurateur Akec Aguer, from the poshest ful medames in town to dill-laced beef kabobs and a collard green, beef and dill stew called sukuma wiki.

By the time the West Side Bazaar had room for Aguer’s restaurant, he’d already given up waiting. He’d pulled up stakes to seek his fortune in the Midwest.

The South Sudanese restaurateur had moved to Wisconsin, started working there, and planned to move his family.

There, the call reached him: His spot was ready. So he came back, and opened his place, Nile River, another outstanding regional menu represented on Grant Street.

At the groundbreaking ceremony, Aguer shared his moment of joy.

“To open a restaurant has been my lifelong dream,” he said. When he got the call from manager Mike Moretti, “Oh god, that was what I was waiting for.”

The number of places with regular kitchen access, including fryers, woks, and the necessary ventilation systems, will double, to eight. The new building will also have more room for other food vendors that do not require kitchen access, such as bubble tea and smoothies.

The investments include installation of a commercial kitchen, a space where many more food businesses can flower. For use in one-off menus called pop-ups, for commercial production or food truck commissary, the rentable inspected cooking space can be all the hearth an enterprising cook needs.

Cooking lessons for children and adults will be part of the building’s community programming, Welch said. “So you can come in and learn how to make injera from Zelalem (Gemmeda) and hear the story about how she moved to Buffalo,” she said. “It's gonna be a bumping kitchen for sure.”

The current bazaar is so cramped that accountants cannot have private conversations, Welch noted. Offices in the new place will provide space for use by accountants, cosmetologists, barbers and other professionals.

“One of the things that WEDI does really well is help small businesses bloom and grow,” she said. “If you look at Grant Street, so many of those businesses are WEDI related. I think our place on Niagara Street will be able to encourage that same type of growth from people in the neighborhood looking to start businesses.”

It’s all part of making the new West Side Bazaar the community center its neighborhoods deserve.

"We are working with the business owners to help them navigate this traumatic event and move forward," the West Size Bazaar posted to its website. 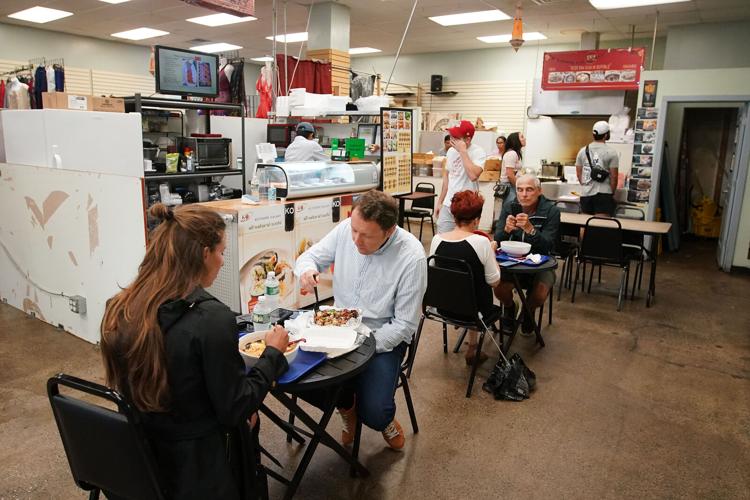 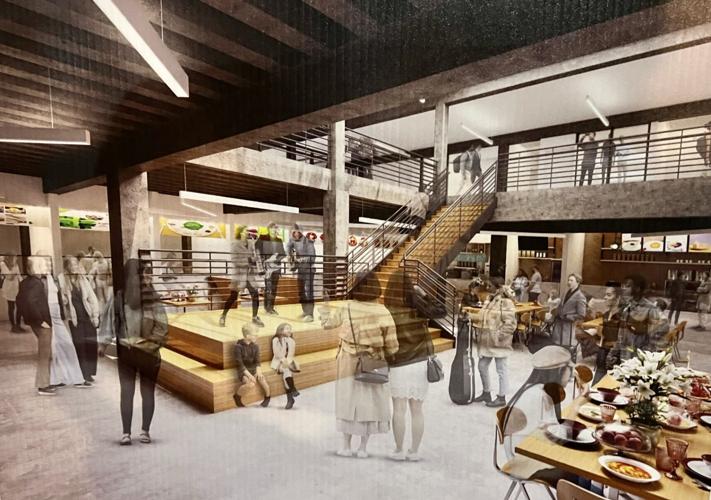 A rendering of the downstairs area of the future site of the West Side Bazaar, at 1432 Niagara St. 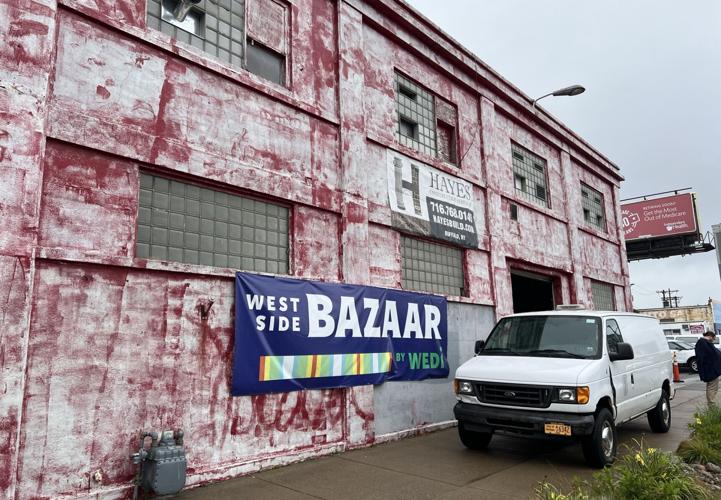 The exterior of the future site of the West Side Bazaar at 1432 Niagara St.