The sharp cheddar bread at Five Points Bakery emerged from the fires of frustration.

“I had a real pet peeve with how places made cheese bread,” said Kevin Gardner, who founded the bakery with his wife Melissa in 2009.

“They just have these, like, shavings on the top, and maybe a sprinkle in the middle,” he said. “I wanted to push the boundary between, you know, a cheese log, and bread, to have as much as I could put in there without crossing over.”

Thanks to a half-pound of extra sharp McCadam cheddar chunks in each loaf, at $7.75, it’s long been a bestseller at the bakery, 44 Brayton St.

Cut thick for toast, the whole wheat bread turns golden as the pockets of sharp cheddar get almost oozy. At the bakery’s toast bar, two slabs, toasted and buttered, can be had with garlic dill pickle, St. Augur blue cheese, sour cream, and a cayenne hot sauce much like Frank’s.

Lately, egg sandwiches have been launched on its foundation, to great success.

As it happens, the Gardners’ pet peeves about bread, and bakeries in general, sowed the seeds for one of the West Side’s neighborhood successes. Five Points only uses flour ground on premises from wheat grown for the bakery in Hamburg. White flour doesn’t deliver the nutrition – or local economic impact – that the Gardners seek.

Does the combination of local flour and local cheese raise to the level of terroir, like wine celebrated for the marks the land left on the finished product? That’s a question for the masses; all I can say for sure is that it’s delicious.

Their whole wheat cinnamon rolls made converts. The couple bought a house nearby and raised their children while building the business. In 2014, Five Points Bakery moved to its new home, a run-down 115-year-old building the Gardners transformed into a neighborhood center.

Customers loaned the Gardners $400,000 to pay for the expansion, so they didn’t have to dig deeper for bank interest rates. The notes pay 5%, and strengthen the business’ ties to the community.

The most recent expansion opened the wood-floored second story to events. Five Points installed a sort of parking surface that lets the water soak into the soil, and invested in art installations outside. Anyone with a jones for white flour and refined sugar can cross the street to Butter Block, 426 Rhode Island St., where Colleen Stillwell does better with those ingredients than anyone short of Toronto.

For Buffalo-born Buffalo bread, give me the sharp cheddar loaf. Everything tastes better with a backstory, and in 12 years, I’ve come to savor what the Gardners bring to the table.

The couple that met down the street at the Essex Street Pub returned to build a business that makes a difference in their neighbors’ lives. Like the song says, though it’s the Sid Vicious version that applies here: The Gardners did it their way. 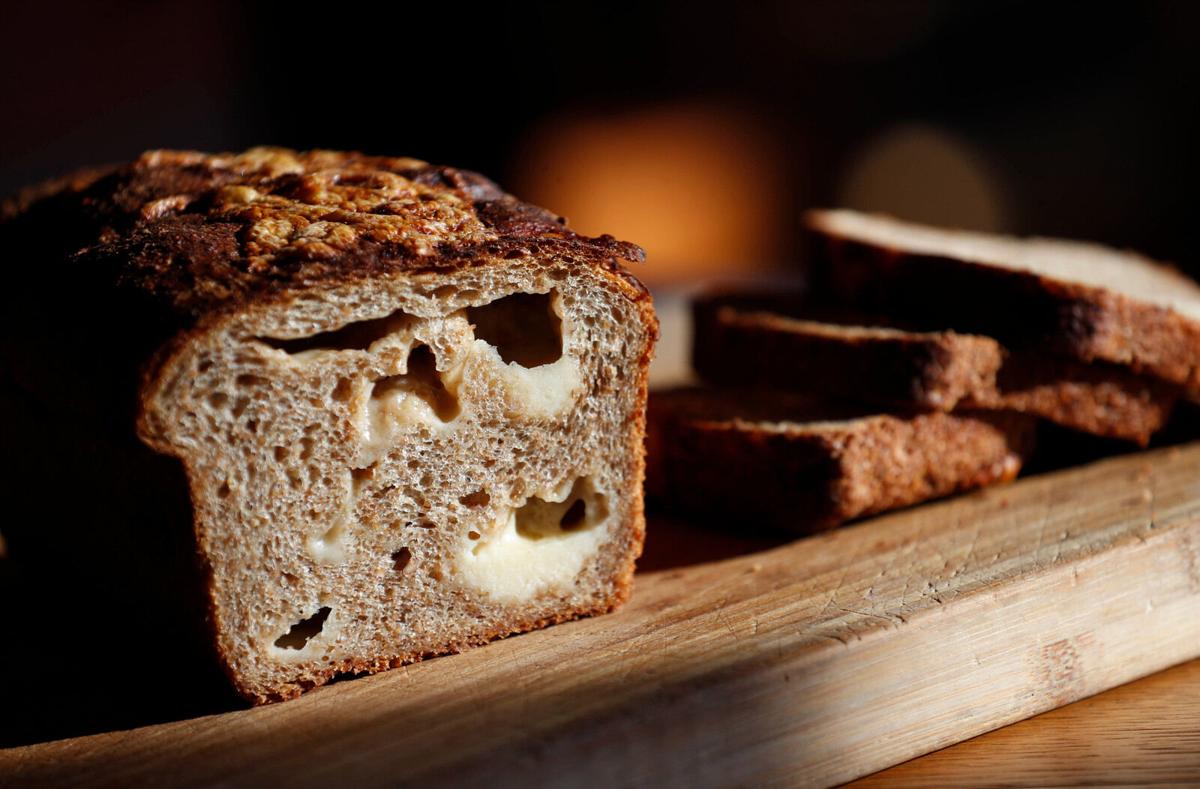 The sharp cheddar bread, including a half-pound of extra sharp McCadam cheddar chunks in each loaf, has long been a bestseller at Five Points Bakery. 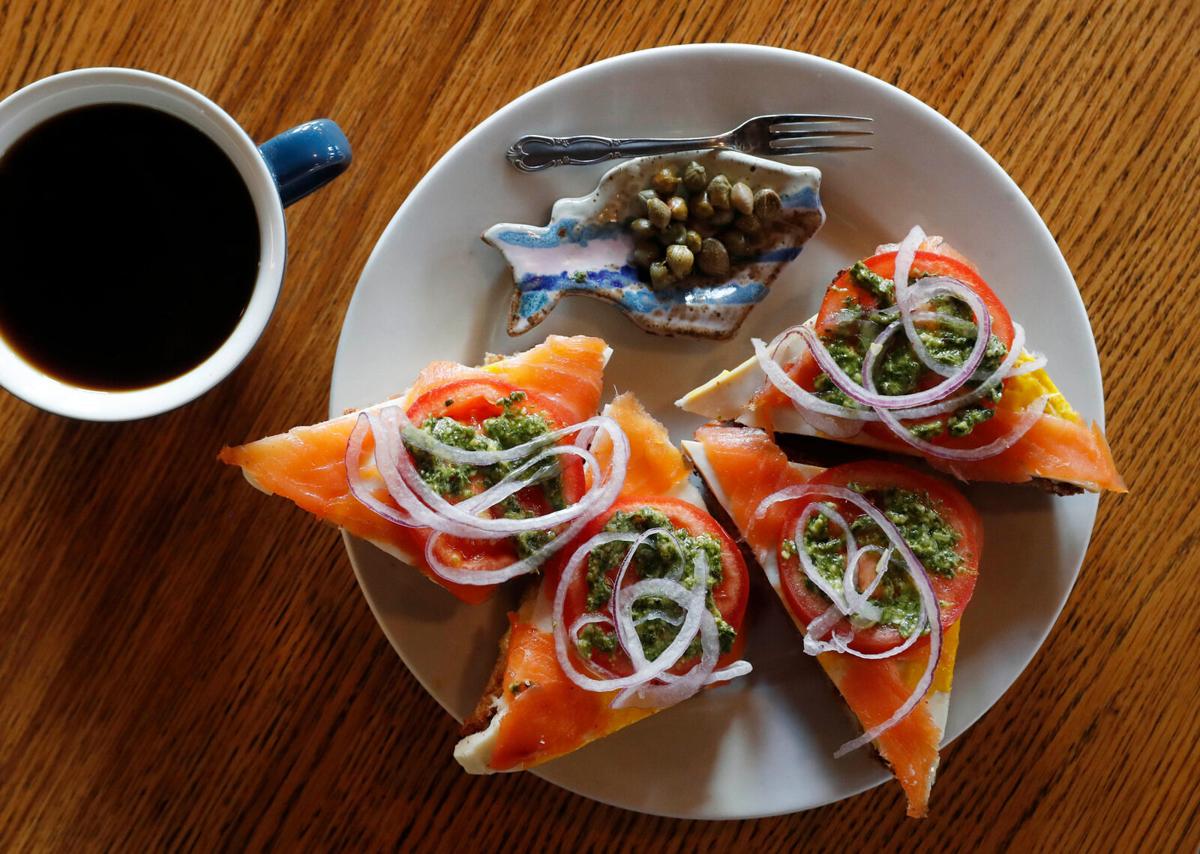 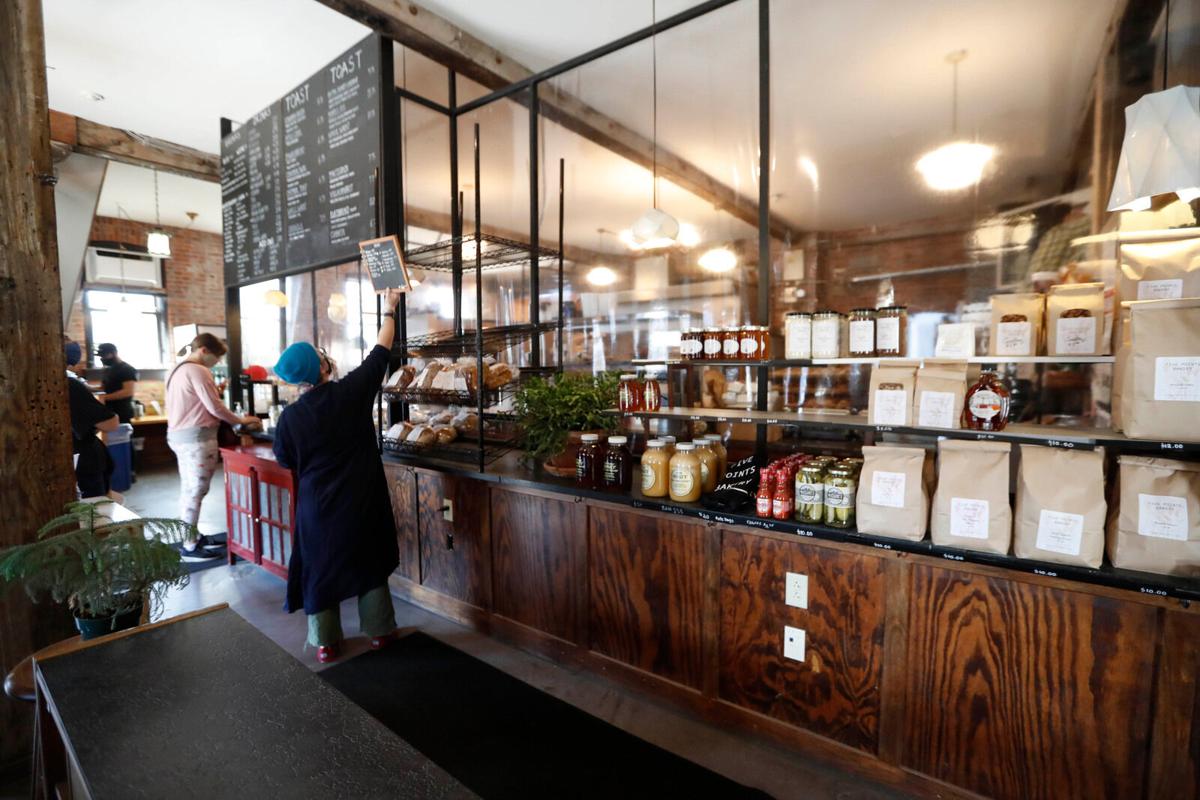 Five Points Bakery moved to its current location in 2014. 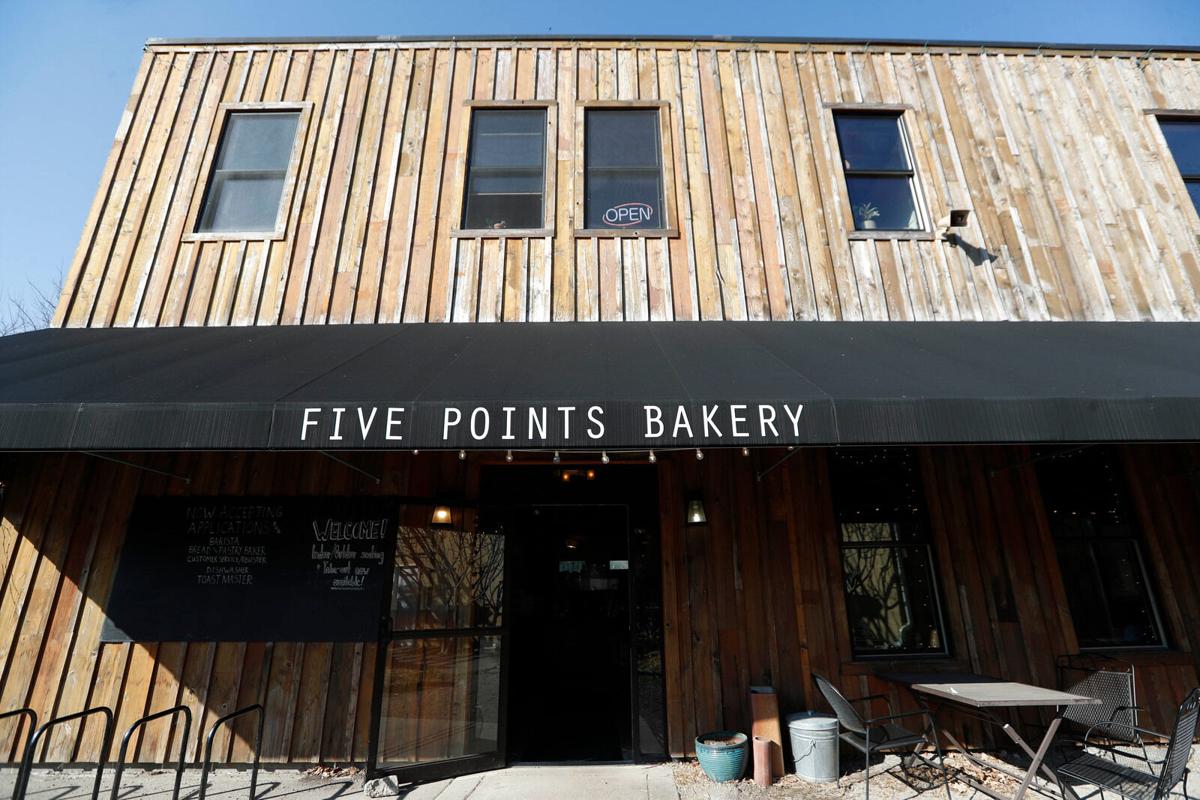 Five Points Bakery is at 44 Brayton St. in Buffalo. 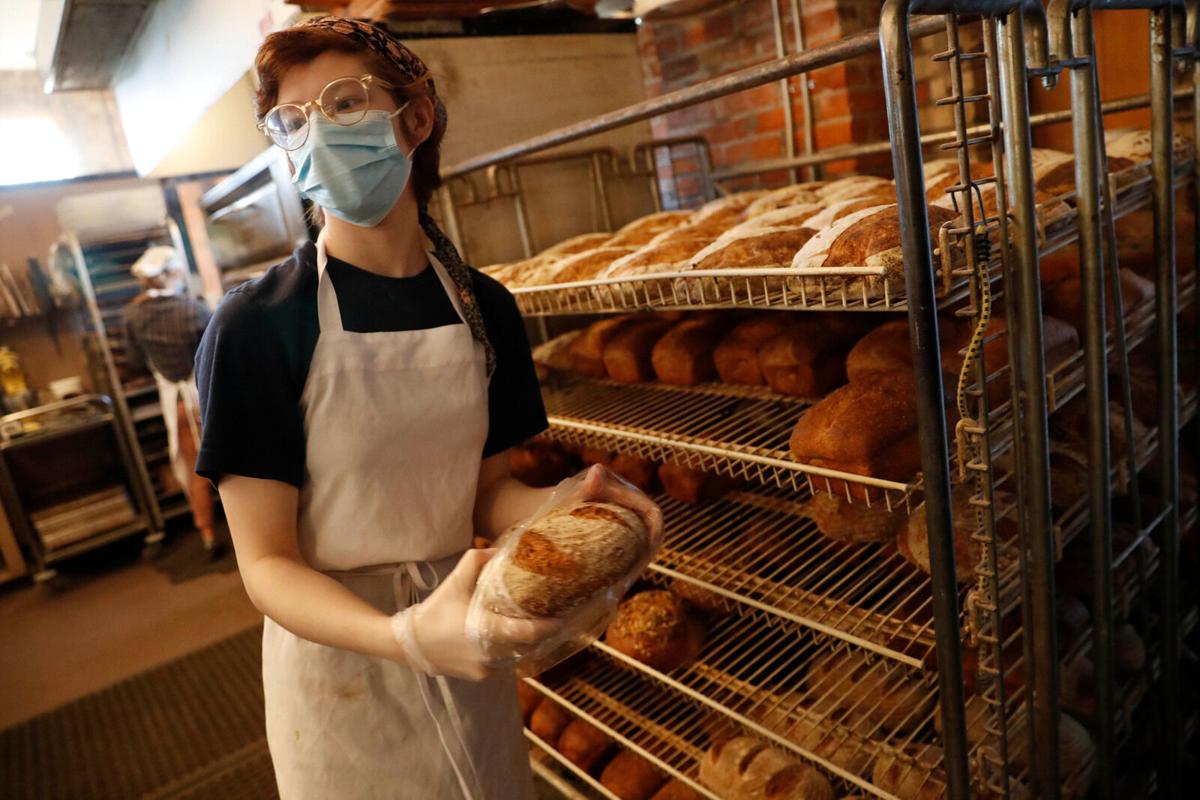 Molly Gardner bags freshly baked bread. She is one of Kevin and Melissa Gardner's four children who work at the bakery.