Subscribe for $1
Read Today's E-Edition
Share This
At Chez Ami, dinner worthy of the show
0 Comments
Share this
Support this work for $1 a month
Andrew Galarneau

Chez Ami, the restaurant on the ground floor of the Curtiss Hotel, hasn’t changed its décor much since the death of its visionary, developer Mark Croce, in 2020.

What has changed is the quality of cooking. Bruce Wieszala, a chef whose craft with cured meat and pastas has earned him his own following, has taken over the Chez Ami kitchen. The result is that one of Buffalo’s premier "swanky boutique” hotels, as the Google map describes it, finally offers dining fine enough to go with its headliner profile.

He’s a full-spectrum salumi ninja, turning pigs from Always Something Farm in Darien into a cornucopia of charcuterie. During a recent visit, that meant our table could debate the relative qualities of lonza, cured loin; finnochiona, with fennel; smoky Spanish-style chorizo, and spicy sopressata salami. If you’re interested, ask your server what’s available, as this is a limited-edition number.

The octopus ($18) suckered us in with crispy-tipped tentacle, but it was the meatiness of the finished seafood that sold me. Ennobled with the fruity red pepper and tang of romesco sauce, with green olive and fried chickpeas, the overall effect is barbecue, but on a beach in Portugal.

Watching long-maligned Brussels sprouts proliferate across menus as a vegetable-of-the-year candidate fills me with satisfaction, especially when that diversity includes examples like Chez Ami’s ($17).

Here, sliced brassican nuggets are deep-fried to a frizzled crunch, tossed with honey-lime dressing, then sprinkled with crisp fried shallots and togarishi, a Japanese chile-sesame-seaweed spice mixture. If you like, you can stir in the gently poached egg, whose yielding yolk contributes to a glossy sauce. At this point, if you still believe Brussels sprouts are beyond redemption, I submit that you’re not paying attention.

Despite its sea-borne glories, it was the earthy tagliatelle ($29) that was the premier pasta for me. Dressed with shreds of confit duck, melted leeks and mushrooms amid springy-fresh al dente noodles, it was comfortably homey, yet delicately refined.

Korean fried chicken is another notion sweeping through Buffalo’s menus, from the fried chicken sandwiches at myriad outlets to finer precincts, like The Dapper Goose. Wieszala’s version ($34) is distinct in tempura-frying the bone-in chicken before sauce is applied – in this case a glaze that’s sweet and tangy, not fiery, leaning more torwards hoisin than the gochujang fermented chile paste favored by other cooks.

The bottom line is that it’s delicious. Crisp skin over lush meat, forked up with fried rice studded with peas and corn. There’s also housemade XO sauce to dab on bites. The intensely flavorful umami relish is a chunky paste of cured ham, dried shellfish and chile.

Big-time beef hunger called for the 18-ounce Certified Black Angus ribeye ($69), which arrived chargrilled accurately to medium-rare, a dollop of herbed butter melting to mix with the steak nectar. It would be accurate to describe this as a large format dish, since it provided four people with as much beef as they wanted, and the haystack of truffle Parmesan French fries accommodated all comers.

Among this sort of highfalutin’ menu of handmade delicacies rendered with precision, a dessert named like an accident stood out. Strawberry cheesecake soup ($10) was a delightful harbinger of the season, a downmarket way to describe creamy cheesecake, streusel, crunchy meringue and fresh strawberries, anointed tableside by the server with a ramekin of strawberry coulis.

Our server, David, was a seasoned professional, who worked nimbly with his assistant to keep us fed and watered and to meet our cutlery needs of the moment. As we chased the last spoonfuls of sweets, watching the lights of downtown shine through the lowering dusk, the evening’s lesson landed, clear as consommé.

Instead of a rotating bar, Chez Ami should be known for dishes that turn heads.

Atmosphere: night on the town

These are restaurants, bakeries and an ice cream shop that folks in a local gluten-free support group on Facebook mentioned when asked: Where do people with celiac disease choose to eat out?

Bubble tea is most commonly made with black tea and milk or fruit juice, topped with popping tapioca pearls or sweet jellies.

One thing is for sure, Andrew Z Galarneau writes. "This ain’t your dad’s KFC."

Spotted Octopus Brewing: A homey spot where everyone (will soon) know your name

“When you’re here, you really feel like you’re at someone’s house drinking a beer.”

Gusto guide: WNY's breweries that go 'above and beyond' when it comes to food

Here is Andrew Galarneau's highly personal list of places that go above and beyond in their culinary endeavors, making them addresses you might head to just for the eats.

In 1993, Virawat “Tim” Thavisin was a forerunner, introducing pad Thai and coconut curries to a populace whose knowledge of Thai culture was thin outside of a certain Yul Brenner movie. Now, with more than 50 restaurants in the Buffalo area offering or specializing in Thai cuisine, here’s what still sets Jasmine Thai apart.

5 Buffalo bars to get craft mocktails

As bars seek to offer beverage choices that appeal to more people, non-alcoholic drink options are becoming increasingly popular. Here are five Buffalo restaurants that have curated zero-proof options that are as flavorful as any craft cocktail.

At Casa Azul, fine Mexican at the heart of Buffalo

"Getting to witness the metamorphosis of an operator from a food truck rookie to a restaurateur capable of not only cooking delicious food, but running a fully staffed and operational restaurant is as rare as hen’s teeth," writes Andrew Z Galarneau. "So there’s an extra ration of satisfaction in showcasing Casa Azul, the Mexican-inspired restaurant and bar at the corner of Allen and Elmwood, the former Cantina Loco space."

Maya Hawke: I 'wouldn't exist' if my mom Uma Thurman didn't get an abortion 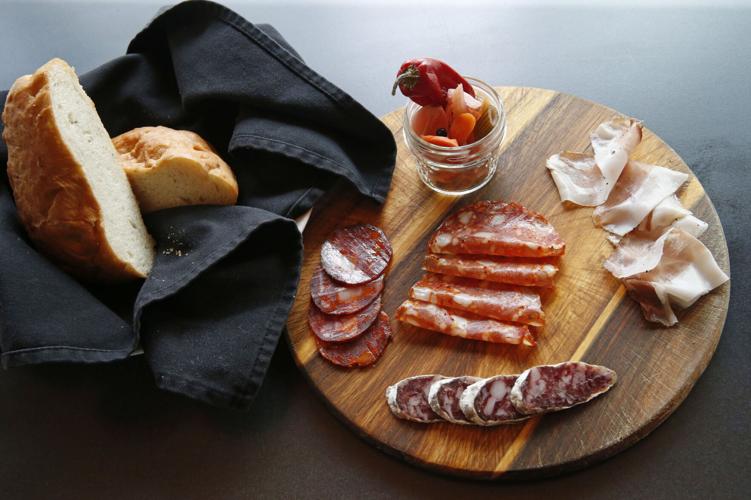 The Chez Ami charcuterie board, with housemade pickles, can include lonza, finnochiona, Spanish chorizo, and spicy sopressata. Chef Bruce Wieszala fashioned it from pigs raised at Always Something Farm in Darien. 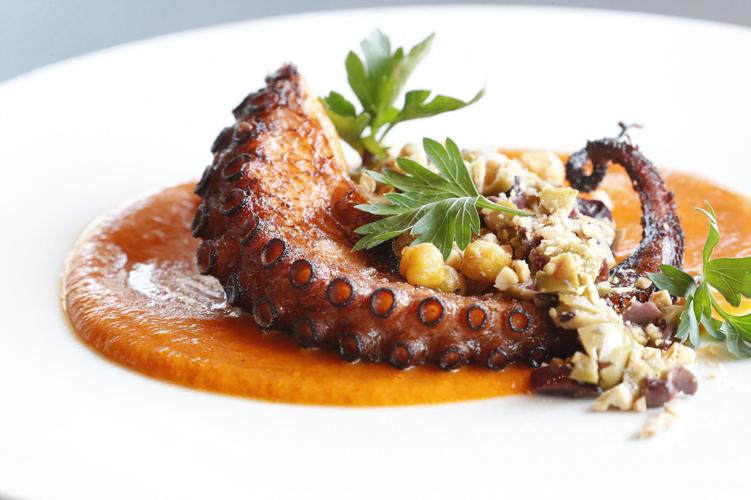 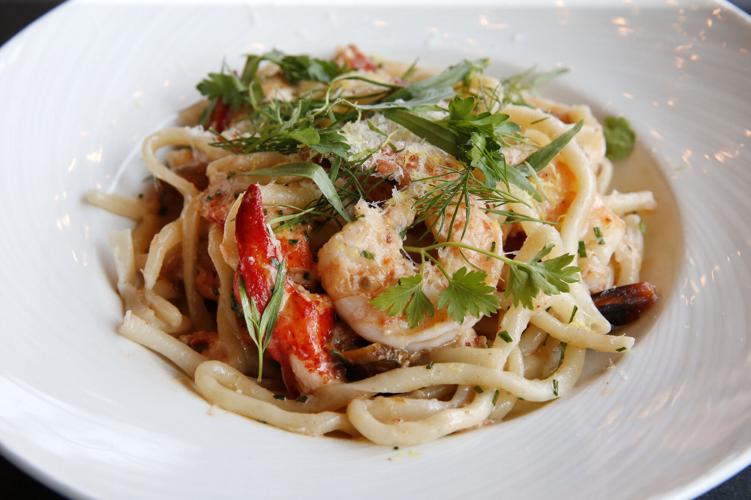 Shellfish bucatini, with lobster, shrimp, and tomatoes, with housemade bucatini at Chez Ami. 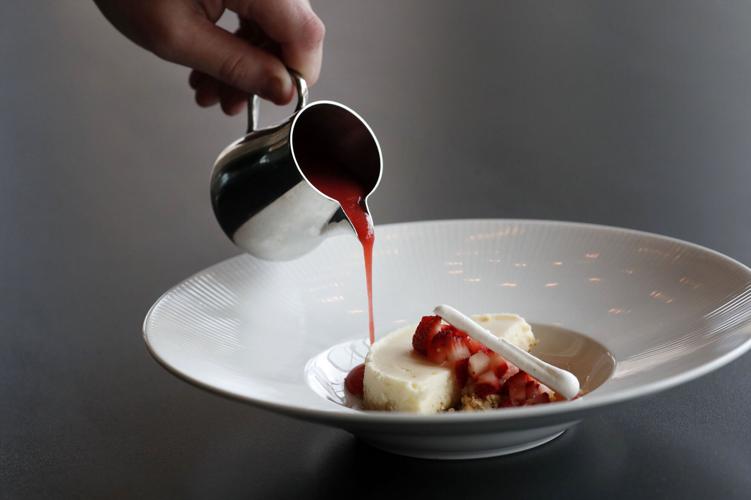 "Strawberry Cheesecake Soup" - or cheesecake and berries with strawberry coulis - at Chez Ami. 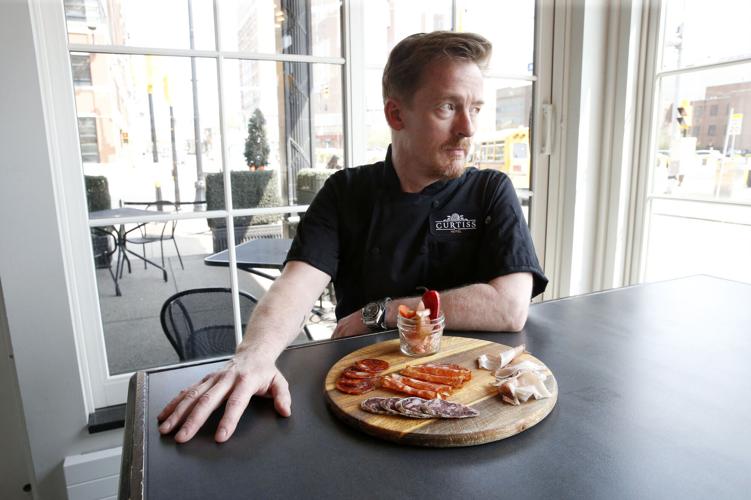 Chef Bruce Wieszala with a charcuterie board, with house made pickles, and sliced meats including lonza, finnochiona, Spanish chorizo and spicy sopressata. 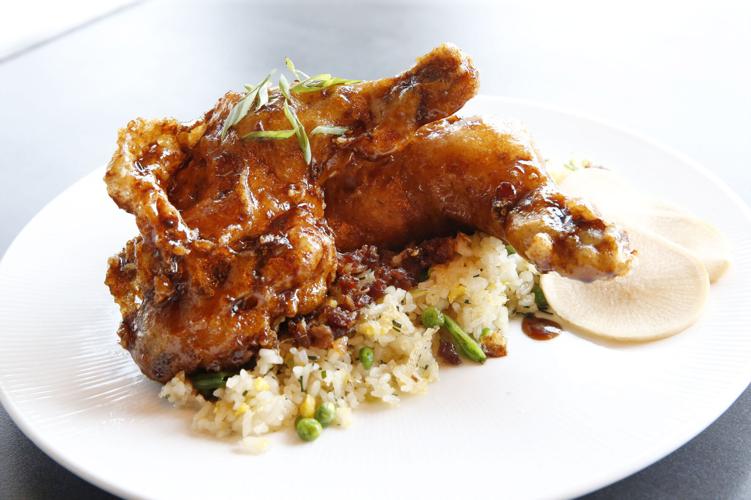 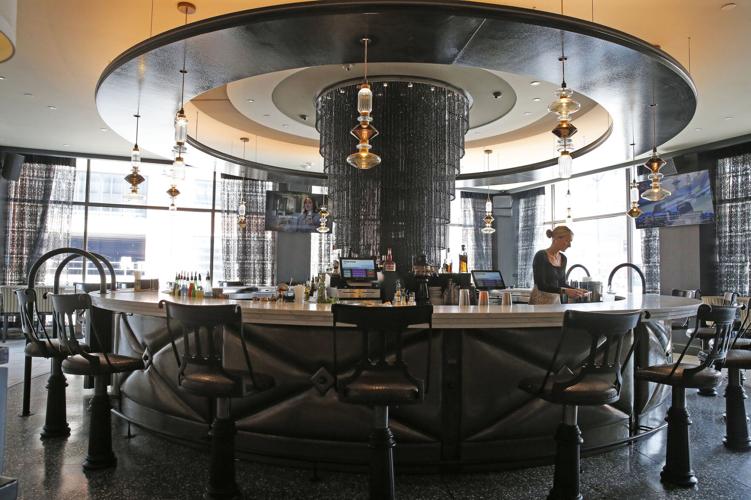 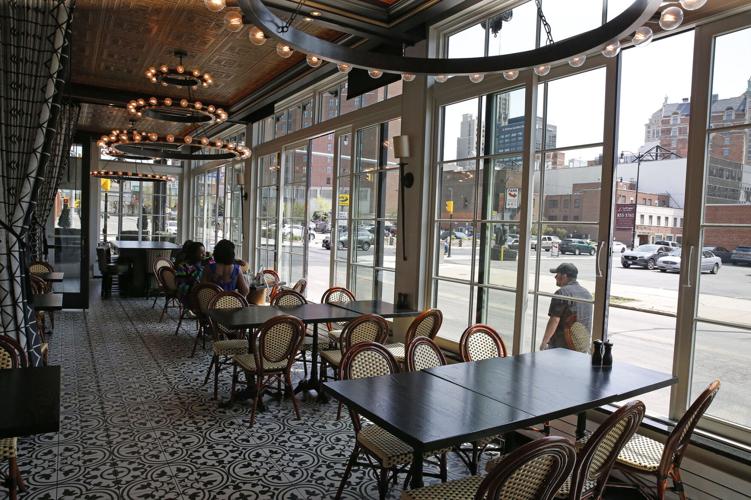 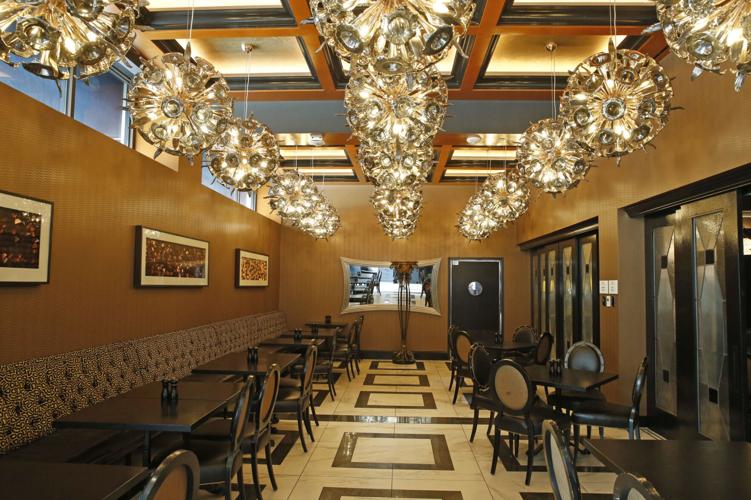