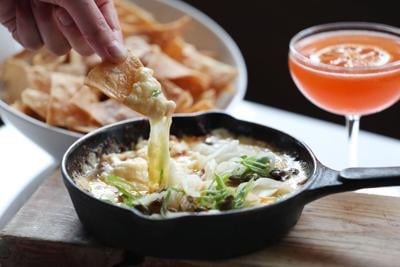 There are a lot of dead ends in the restaurant business. Pretty places that pop up looking promising, even producing delicious food until the owner runs out of money, faith in the enterprise or both.

Getting to witness the metamorphosis of an operator from a food truck rookie to a restaurateur capable of not only cooking delicious food, but running a fully staffed and operational restaurant is as rare as hen’s teeth.

So there’s an extra ration of satisfaction in showcasing Casa Azul, the Mexican-inspired restaurant and bar at the corner of Allen and Elmwood, the former Cantina Loco space. Owner Zina Lapi has come a long way from her first foray into the Buffalo food scene, the arancini-focused truck Blue Balls Bus.

After a few years on Genesee Street, Lapi secured a much bigger space in the heart of Allentown, opening in January. Lapi has Seabar and Yoshi alum Ken Legnon heading the kitchen, Jess Wright managing service and Danny Licker running the bar. (Yes, that’s his real name.)

Noticeable changes from renovations include being able to hear people at your table in a room that had previously exhibited the sonic characteristics of a basement death metal show.

Working from a redesigned kitchen, Lapi's crew is serving compelling dishes and smashing cocktails. Now that the 75-seat patio is open, with its own bar, Casa Azul is ready for prime-time summer season.

What will you drink? Consider margaritas ($10) in cucumber-cilantro-jalapeno, watermelon basil or avocado honey, with a black lava salt rim. Cocktails ($12) like the pineapple negroni and Poblano Plane, made with charred poblano-infused bourbon, add tasty wrinkles to old favorites.

There’s also a veritable library of tequila and mezcal, some oddball delights like prickly pear spirit ($9) and 10 taps of beer and cider from near and far.

The food is what really got me, though.

Queso fundido ($12), made with chihuahua and queso fresco cheeses, stretches like a dream before you wrap it around the tortilla chip for safe eating. That’s because real cheese gives you strings, unlike queso dip, which offers the smoothest sauce scientists can conjure up, straight out of the can.

Even the plain cheese is indulgent, dressed with habanero pickled onions, a drizzle of honey and candied toasted pumpkin seeds. You can add an egg or taco meats (an additional $2-$5). The bronze crust of caramelized cheese you peel off the pan last might be the best part.

Taquitos ($14) are housemade corn tortillas filled with braised pork and cabbage, then fried to a crisp. Served with a racy charred jalapeno aioli and green chile sauce, they're finger food with heart, taking advantage of the fresh housemade tortillas made by a specialist each shift.

Tacos come in threes ($14), in a full range of satisfying choices from vegan to carnivore.

Charred Brussels sprouts tacos have been a surprise top seller, a testament to Casa Azul’s determination to make vegan offerings that go far beyond perfunctory. Roasted cauliflower and shishito chile tacos are vegan, and a potato-poblano taco with pepitas, crema and cotija can be made so.

Three custom salsas include the fresh chopped tomato-onion-jalapeno-cilantro pico de gallo, a charred salsa where the chiles, onions, tomatoes and other ingredients are charred on a plancha before being incorporated into the salsa, and one based on smoked guajillo chiles and pineapple.

Enchiladas stuffed with black beans, cheese and roasted poblano chiles are covered in homemade mole verde ($17) of surpassing depth and complexity. What a savory orchestra: chiles, garlic, epazote, Mexican oregano, nuts, dried fruit, spices on a pepita base, each forkful an expanding mystery.

Casa Azul offers fine dining. Not in the classic white tablecloth, bow-tied waiter definition, but in the larger sense: a meal that makes you glad to be alive.

Perhaps you won’t agree that it’s the best Mexican-inspired restaurant in Buffalo.

But tell me you can find a more compelling stretchy cheese experience than at Casa Azul, and I will insist you have a queso mistaken identity.

Ripa’s has been on the same spot in Lancaster since the 1970s. Bernard and Mary Ann Trankle, who have been married for 69 years, suggested the place. Bernard always gets the grilled fish, one of the original recipes that two generations of the Ripa family have been serving for more than a half centu

Andrew Galarneau's top picks for the Taste of Buffalo

After years of experience and an all-access pass to the event’s eating opportunities, here's Andrew Galarneau's list of the stands he would show up to first at the biggest open-air buffet in New York State.

One thing is for sure, Andrew Z Galarneau writes. "This ain’t your dad’s KFC."

Bubble tea is most commonly made with black tea and milk or fruit juice, topped with popping tapioca pearls or sweet jellies.

These are restaurants, bakeries and an ice cream shop that folks in a local gluten-free support group on Facebook mentioned when asked: Where do people with celiac disease choose to eat out?

Gusto guide: WNY's breweries that go 'above and beyond' when it comes to food

Here is Andrew Galarneau's highly personal list of places that go above and beyond in their culinary endeavors, making them addresses you might head to just for the eats.

Spotted Octopus Brewing: A homey spot where everyone (will soon) know your name

“When you’re here, you really feel like you’re at someone’s house drinking a beer.”

5 Buffalo bars to get craft mocktails

As bars seek to offer beverage choices that appeal to more people, non-alcoholic drink options are becoming increasingly popular. Here are five Buffalo restaurants that have curated zero-proof options that are as flavorful as any craft cocktail.

Chris Evans in talks to star in 'Pain Hustlers'

Chris Evans in talks to star in 'Pain Hustlers' 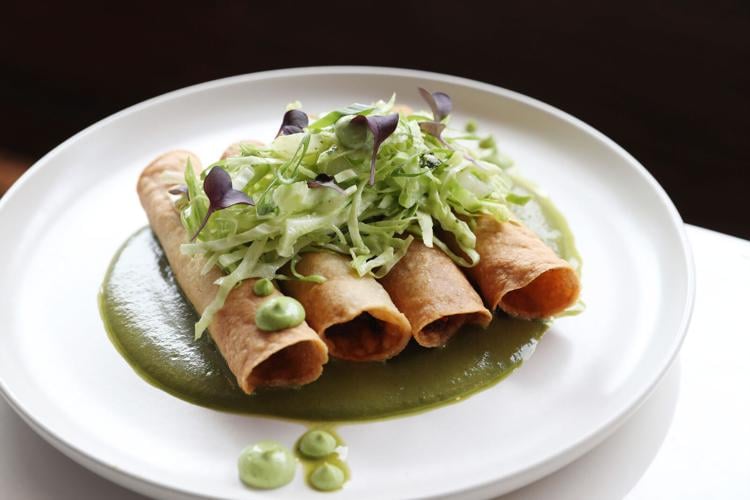 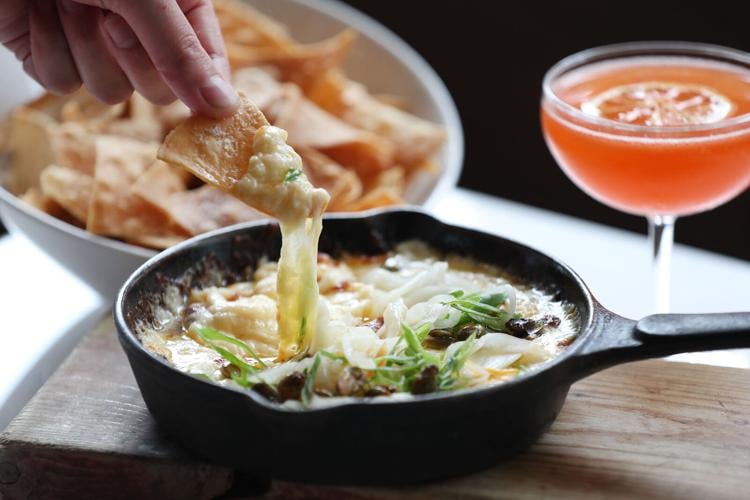 The queso fundido at Caza Azul is made with Chihuahua and queso fresco cheese, habanero onions, honey drizzle, candied pepitas and house chips. 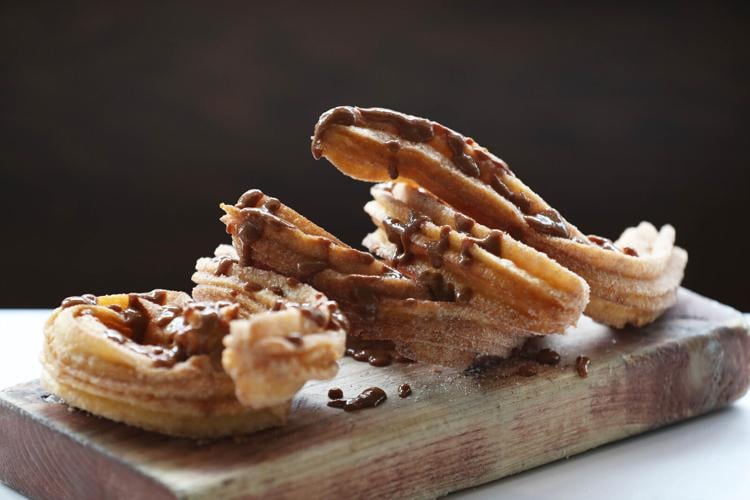 These are the churros drizzled with dulce de leche at Caza Azul. 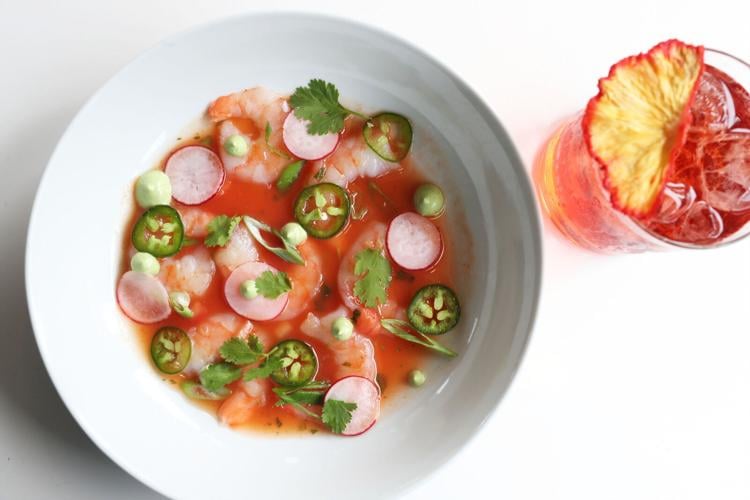 The Acapulco shrimp ceviche is tomato and citrus macerated shrimp with jalapeño, cilantro and radish. The cocktail is a pineapple Negroni. 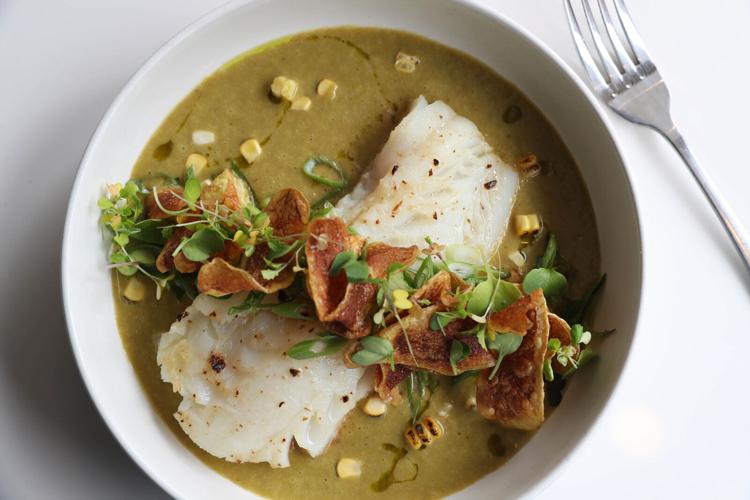 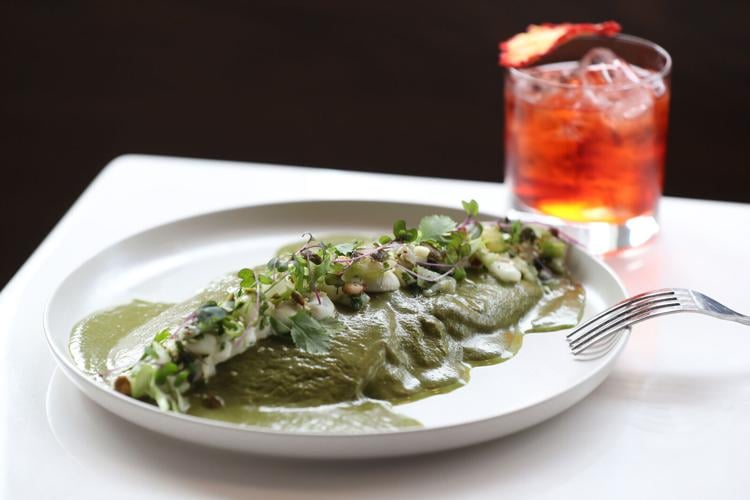 The housemade mole is an enchilada stuffed with black beans, cheese and poblano, smothered with housemade mole verde. The cocktail is a pineapple Negroni. 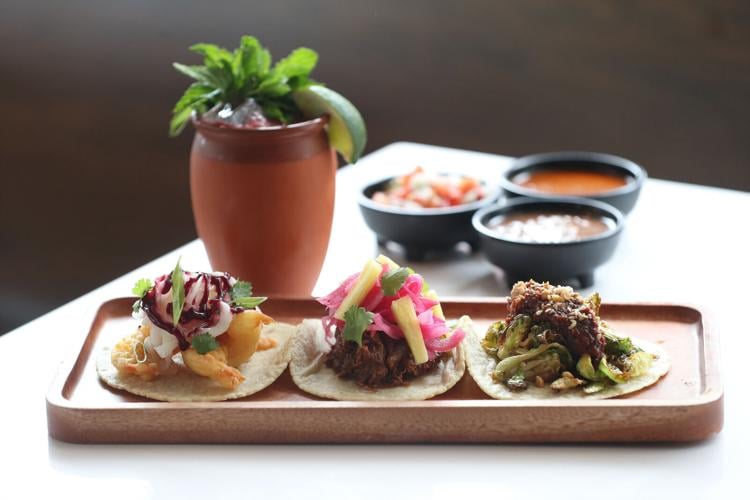 The trio of tacos from left is shrimp, al pastor and Brussels sprouts. The cocktail is the mule. 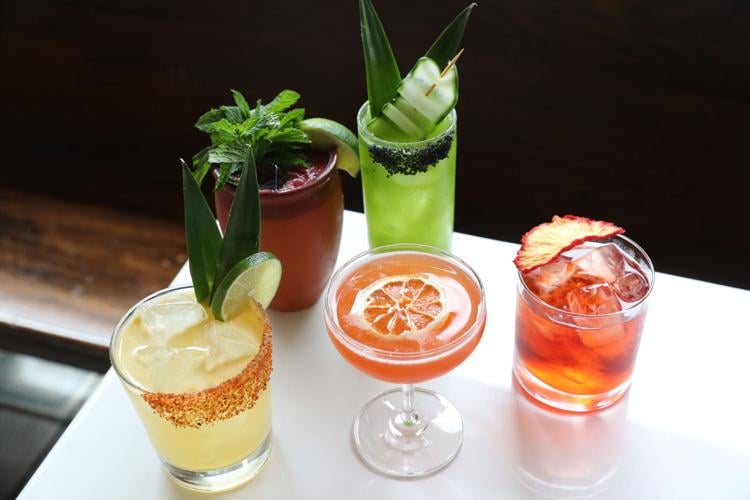 Cocktails at Caza Azul, 191 Allen St., from front left are the pineapple negroni, poblano plane, passionfruit margarita, and in back from left are the mule and cucumber jalapeno cilantro margarita. 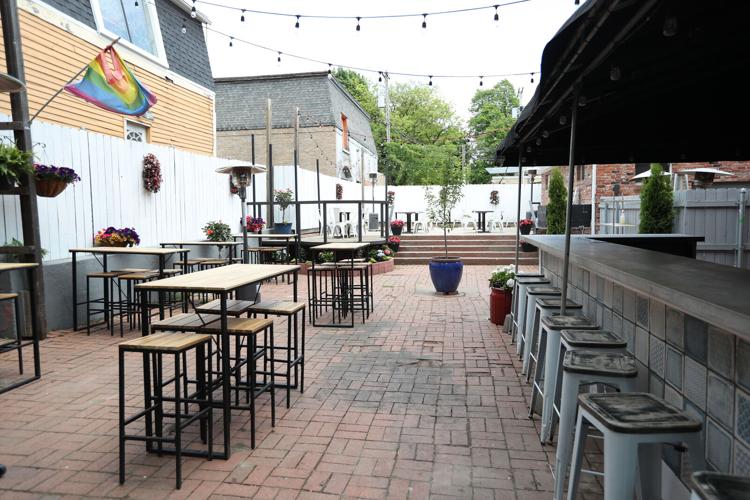 Casa Azul has outdoor dining with a bar.