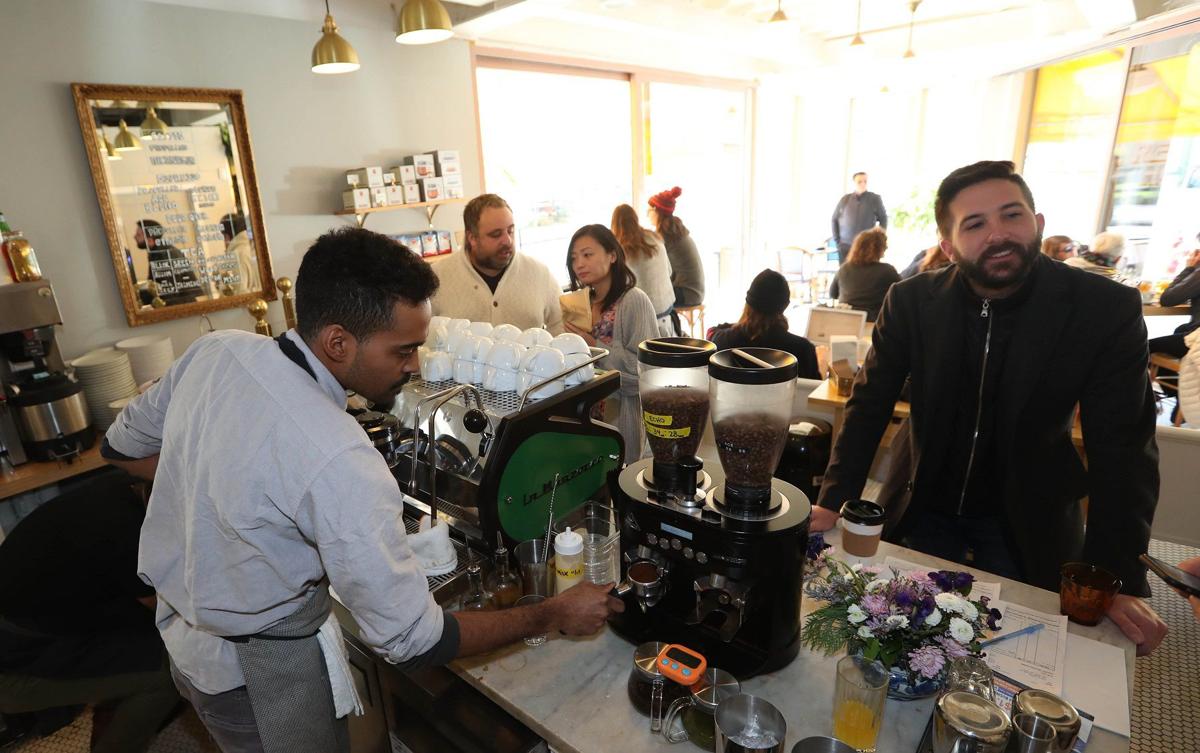 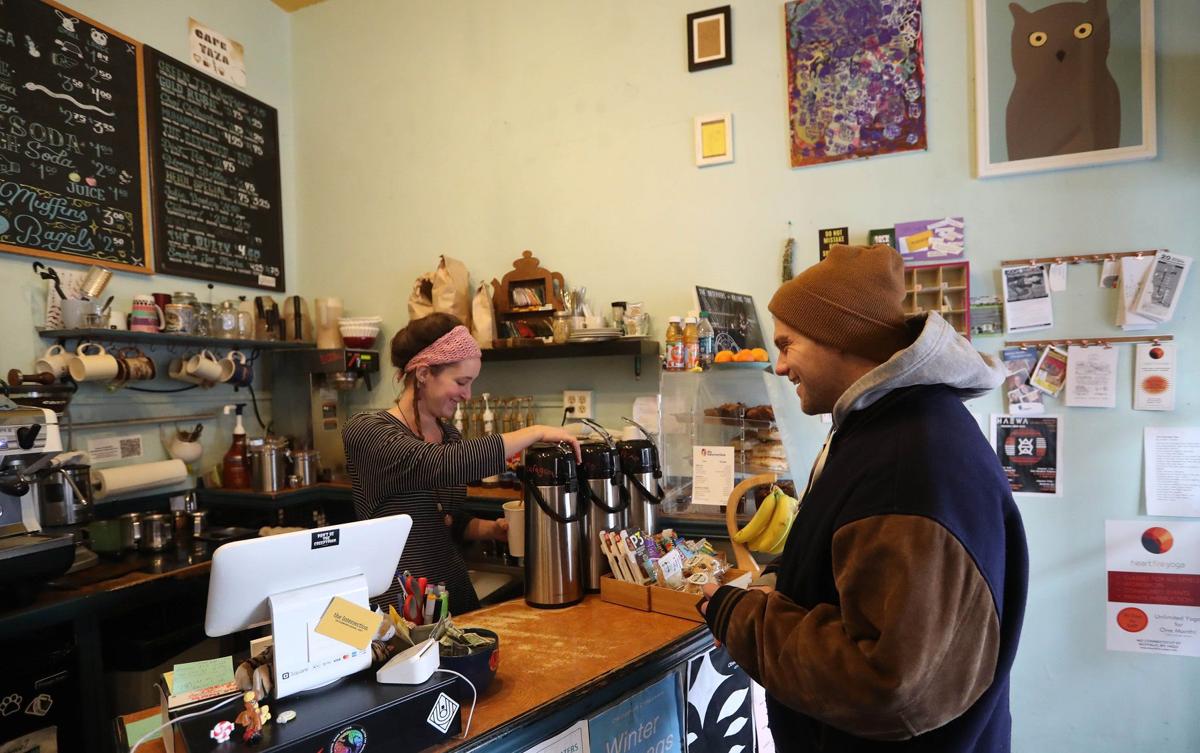 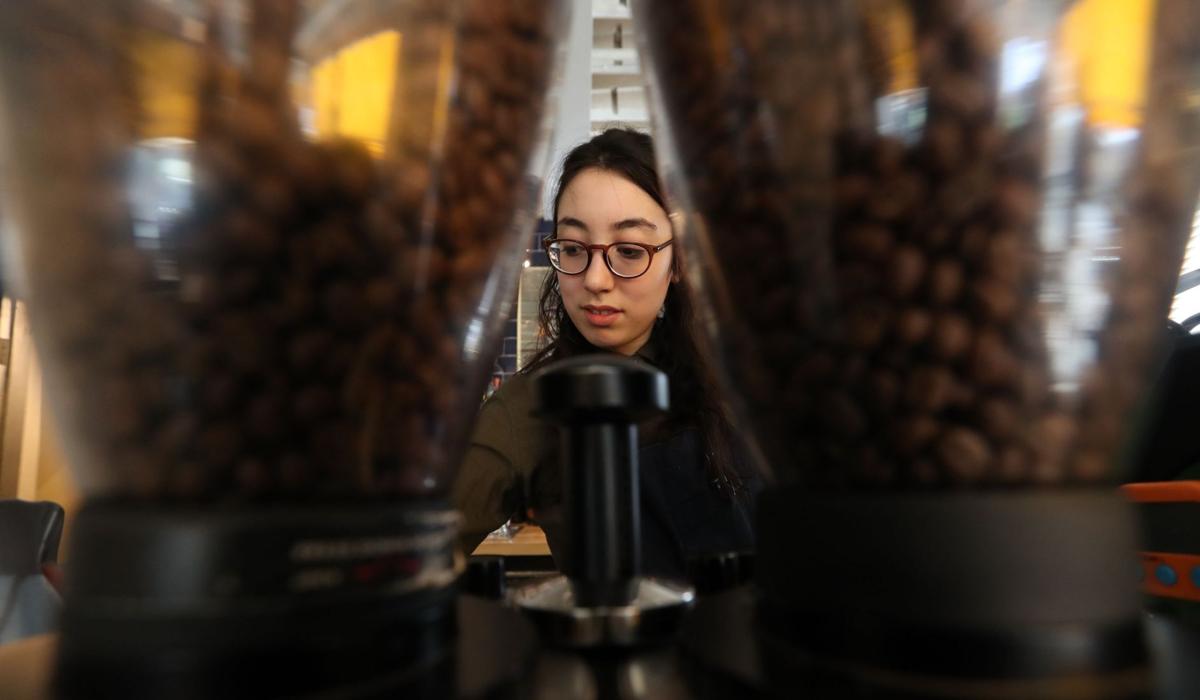 For legions of sleepy Buffalonians, coffee is just a drink — albeit a vital one.

It’s poured hot and black, with no importance attached to its origin or intricacy of taste. It’s more medicinal than it is experiential. Whether served as a regular, double-double or as an extra large through a drive-through window, it’s a necessity to keep the day rolling.

For others like coffee purveyor Josh Halliman, the beverage is so much more.

“People want variety and are beginning to expect a higher standard than that of what you might find at the giant coffee chains,” said Halliman, who owns and operates downtown’s Overwinter Coffee with business partner Benjamin Trojan. “Coffee was treated as a utility for so long, but now, [there are] many choices and varieties to experience. It’s almost analogous to the craft beer scene versus the classic beer giants.”

Though Buffalo’s beer scene has received continuous coverage for its ongoing proliferation, the city’s addition of numerous cafés or revamped sources of caffeine hasn’t. Places like Spot and Sweetness_7 have set the tone. Public Espresso, Tipico, Undergrounds and Daily Planet have extended it. Forthcoming locales like Public @ Shea’s Seneca and Jam Parkside already are creating a buzz.

Over the past year, new locales have opened to deliver third-wave choices, single-origin brews, and a kaleidoscopic selection of teas that skew from usual Tim Hortons orders. Tandem these menu items with coffeehouse ambiance developed for comfort and compatibility to the region’s trajectory, and a coffee is no longer just an elixir to keep standing upright.

It’s central to Buffalo’s evolving identity, and Halliman said, provides an opportunity to explore new tastes, experiences and locations. “Coffee [presents] a central meeting place and a commonality across many cultures and interests. It also tends to draw people to areas they may not have examined before and experience different parts of the city.”

Ready for a cup? Here, in alphabetical order, are some of the newest spots to find.

Scene: The area's ideal coffeehouse offerings aren’t limited to the city proper. Those heading south for ski season can find enviable tastes within the caffeinated creativity of 49. Friday coffee flights of hot and cold selections provide a new spin for those used to standard orders. Flaky pastries, wraps or deliciously designed waffle plates serve plenty of reasons to stop by.

Then take it to: the ski slopes in nearby Ellicottville.

Scene: No one’s going to mistake downtown’s Main Place Mall for an engagingly eclectic location. But with the addition of Taza in November— which moved from Allentown to inside the former Buffalo Coffee Roastery across from M&T Plaza—java lovers now have a reason to mall walk for the same brew selections and breakfast sandwiches that once colored Taza’s vibrant Allentown address.

Then take it into: the middle of your workday.

Scene: Niagara County has lots to appreciate. Pour-over cups of artisanal coffee? Not especially, but Craft Coffee has now made them accessible. Katie and Nick Graves’s place offers an expansive café menu of drinks, breakfast and sandwiches within rustic confines appropriate for a place in Erie Canal country, as well as beer and wine specials for those looking to switch gears.

Then take it: on a chilly winter drive to Niagara Falls.

Scene: Café Taza’s previous address was a cherished location that now lives on as Intersection Cafe. Brimming as a ragtag site for neighbors to enjoy menu items and inclusivity amid local artwork and clipped images of Ziggy Stardust, the spot changed hands in the fall to stay a genuine slice of Allentown passion—and a dependable spot for delicious Breadhive bagels.

Then take it: for a stroll through Allentown.

[Related: Learn about the top coffee shops in Niagara County]

Scene: Nestled off the lobby of Seneca’s Larkin Center of Commerce, the effervescent space is part café, part juice bar, but all health-conscience oasis compatible with the type of crisp backdrops customers have come to expect from locales inside Larkinville’s hard-working footprint. And for those toiling in this sector, it’s nice to have a place to chase an espresso with a shot of wheat grass, just to hedge your energy bets.

Then take it to: a peaceful spot in Larkin Square.

Scene: Set inside space off the remade Roosevelt Square and in the shadow of the Electric Tower, the intimate operation roasts its own brand of coffee that you also can find at several other locations. But for those traversing through downtown on a visit or office coffee break, the locale’s walk-in café space is ideal for a bold drip to sip by the window, or to scoop tasty take-and-go selections.

Then take it to: nearby Rotary Rink at Fountain Plaza.

Then take it: through the day’s Horsefeathers Market offerings.

Scene: There’s no hot coffee or tea here—yet. The address is still waiting for its restaurant component to open so it can sell more than bagged snacks and chilled Starbucks beverages. But, it has cats—lots and lots of cats—to substitute for a calming chamomile or cappuccino inside the city’s only feline-focused café.

Then: find Homer the Cat, and tell him how much you love coffee.

[Read more: What it's like at Buffalo's first cat cafe | 'Cats' actors hang out with cats]

Scene: Past its one-year anniversary, this West Side favorite isn’t exactly new. But for those who haven’t made their first visit to its intimate expanse, it’s worth the reminder. Chose from its brand of brewed delights to enjoy aside breakfast or a cherry-accented chicken salad sandwich ($10), then share a window table inside one of the city’s most panaceatic spaces.

Then take it to: a window seat.

Scene: Hertel Avenue continues to fill new storefronts up and down its stretch, with Roots adding a calm coffee corner to this ongoing development. Taking over the former New Moon Café space across the street from Lexington Co-Op, you can enjoy third-wave flavors and Instagram-ready lattes as one of Buffalo’s most vivacious neighborhoods percolates outside the shop’s storefront windows.

Then take it: toward Hertel’s shopping blocks.

According to its website, designer and Portugal native Pedro Manuel aimed to create a space where customers could bask in mutual admiration of such items as music, food and coffee. He did, all while adding an idyllic café down the street from the city’s scenic waterfront.

Then take it: to the overlook view at Front Park.

Keen on style and design, Overwinter Coffee expands into Williamsville

The coffee shop, Overwinter's third, will seat roughly 25 people at 100% capacity, with the potential for additional seating outside.

With fewer than 20 seats inside its pizza-slice shaped coffee shop, Remedy House has had to look for creative ways to stay afloat during the Covid-19 pandemic.