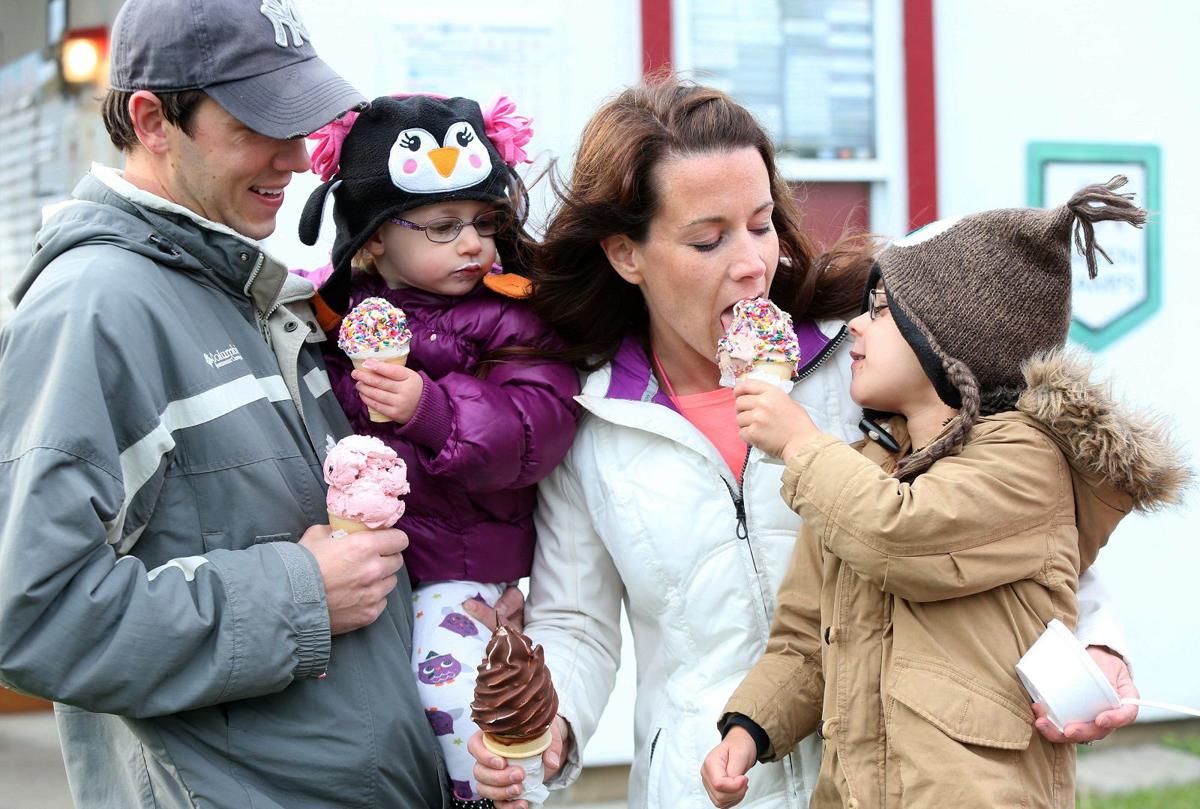 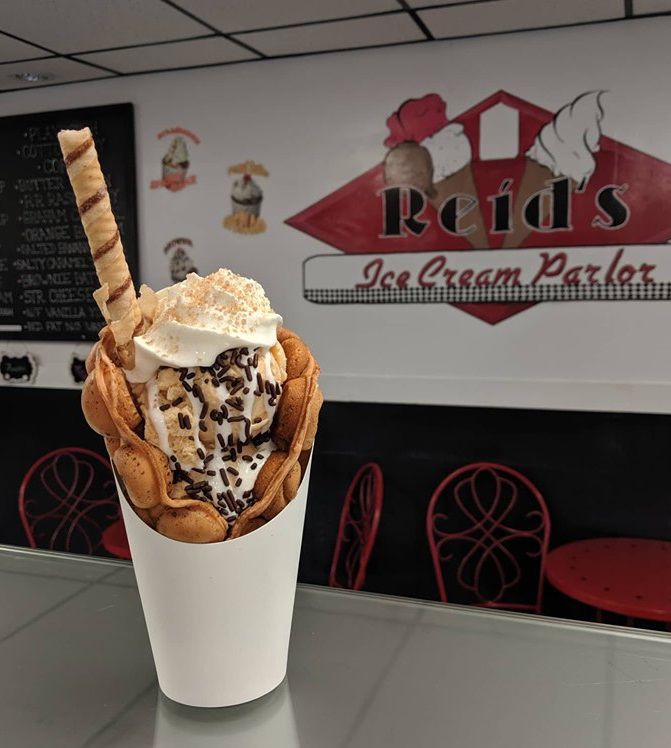 The bubble waffle cone at Reid's, a new addition for the 2020 season. (via Reid's) 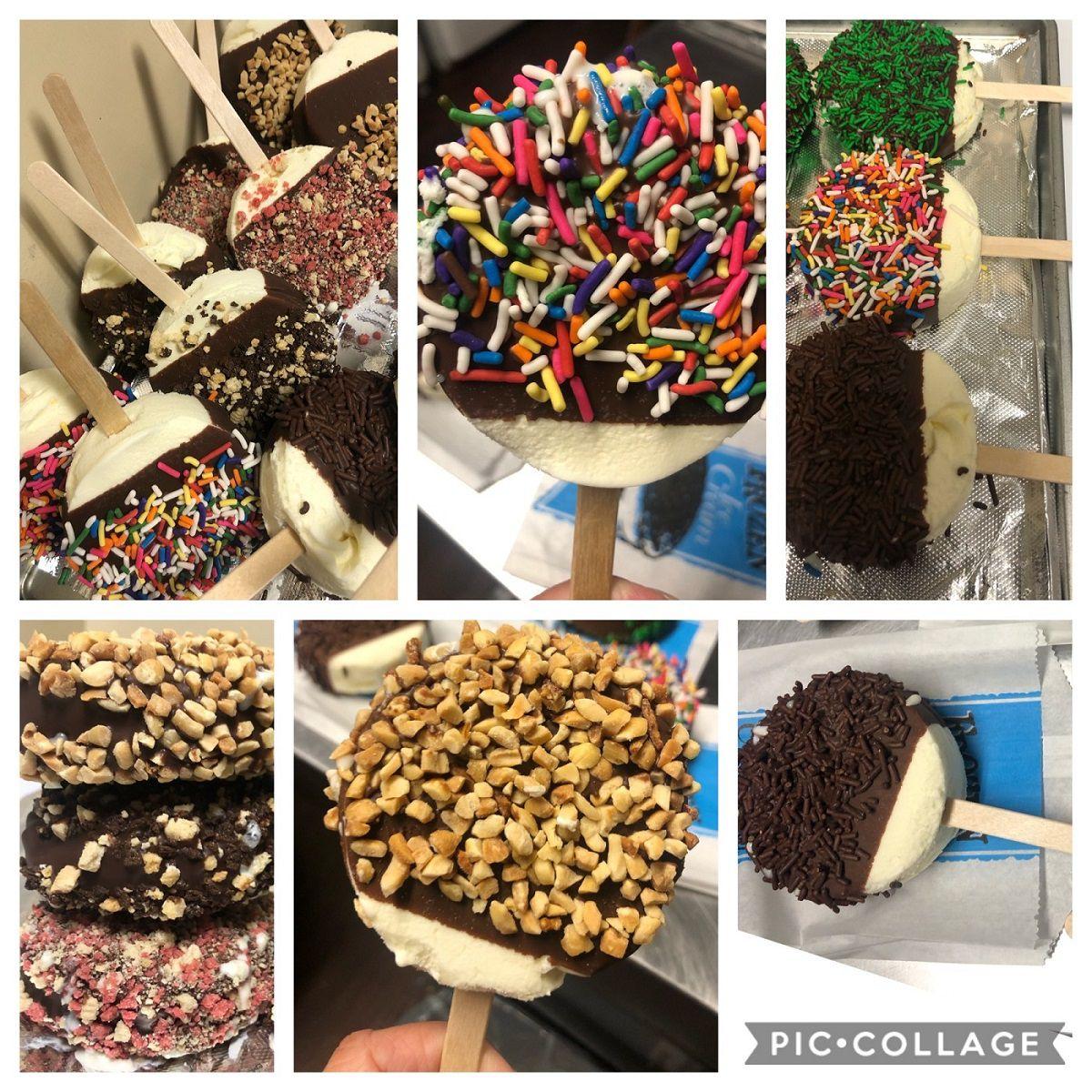 The dawn of ice cream stand season is a refreshing, sweet reminder that warmer, brighter days are ahead. The heavily anticipated opening of the Dairy Queen, at 1102 Abbott Road in South Buffalo, is typically one of the first businesses to open its doors, with many more local options not far behind.

Here's a calendar of the opening dates for nearly 25 stands and shops, focused almost exclusively on ice cream, across the Buffalo area. Some of the dates are estimates rather than exact dates, as the weather plays a role in when the business decides to open.

Will continue its cartoon/Disney character meet-and-greets twice each month.

The shop on the Blasdell-Lackawanna border has refined its menu over the last decade and will be standing pat.

Nanette Frey unveiled her plans for 2020, with the Lucky Leprechaun Milkshake (with a chocolate covered pretzel and mint cookies) added to the stand's robust menu, while the Bananas Foster sundae makes a return after a brief hiatus. The popular "I Pledge" event returns for a 10th year in July, where kids recite the Pledge of Allegiance for a free scoop.

Main Street has added flights of its handcrafted ice cream to its regular menu, as well as its well-received frozen hot chocolate drink. The stand has removed an awning and replaced it with a steel-covered patio for an extended season.

Owner Susan Szczypierowski teased new specialty sundaes and novelties for 2020, as well as new plays on her edible cookie dough. Ice cream tacos will return, too.

This will be the Medina shop's 10th season of business.

[Related: De-Dee's announces second location in the works in Youngstown]

Owner JoAnn Mohler teased chocolate-dipped nut cones, chocolate-covered bananas in a cone and Amsdell bars on a stick as three new items coming to the Hamburg shop this summer.

The Lancaster shop will debut an Afternoon Delight, a layered treat of custard and Dole Whip, as well as a cannoli shell filled with any flavor of custard and topped with whipped cream and chocolate chips.

It's the second summer of Adrian's new brick-and-mortar digs. Adrian's bakes its own cookies for ice-cream sandwiches – filled with Perry's custard – as well as a vegan/gluten-free version.

The Pink Cow's 10th anniversary will debut a special treat – the salted malted cookie dough sundae – to be featured at the Sweet Tooth Festival.

Owner Pamela Scholl has teased a trio of new items, including a cheesecake delight, strawberry shortcake and a Mister Bar on a stick.

New this season is a monthly contest where kids can create, draw and name their own sundae. A few new sundae flavors have been added to the menu, along with a new awning and more lights.

Reid's is getting trendier, debuting a vegan ice cream, based on an almond-milk swirl, as well as a bubble waffle cone. Bubble waffles are rare in Buffalo, but are becoming more common thanks to businesses such as Lucky Koi.

Hibbard's will partner with the Village Bake Shoppe in Lewiston on a frozen custard sandwich. Operator Kris Trunzo also noted that a new flavor would be Big Barenaked Bang, a collaborative flavor with the Barenaked Ladies, coming July 7 to Artpark.

The ice cream novelties will be consistent with last year's menu. Push cart service may be rented any time, however.

The Hamburg shop will be featuring fresh, housemade doughnuts for the 2020 season, not long after the ice cream nachos that caused a stir back in 2018.

Not much new in 2020; Big Sings will continue to carry Dole Whip, which has been a big success.

Note: Sweets on the Hill at 1203 Union Road in West Seneca (Nick Charlap's), opened Feb. 1 after roughly a month off. The Boston location of Nick Charlap's (7264 Boston State Road), which also has indoor seating, opens March 1.

Did we miss a seasonal stand or shop opening? Please email btsujimoto@buffnews.com with the details.

The opening dates for multipurpose stands – featuring grilled and fried foods, as well as ice cream – will be posted in March. Their openings are typically later than the ice cream-only shops.

What are you hungry for? Chances are the Hideaway Grille has it, from salads to pasta, burgers, ribs and steaks, plus one of the area’s landmark fish fries.

The can art coincides with Nolan’s new comic book, "The Chenoo," a giant creature with an icy heart that stalks its prey during blizzards off the shores of Lake Erie.

The bubble waffle cone at Reid's, a new addition for the 2020 season. (via Reid's)