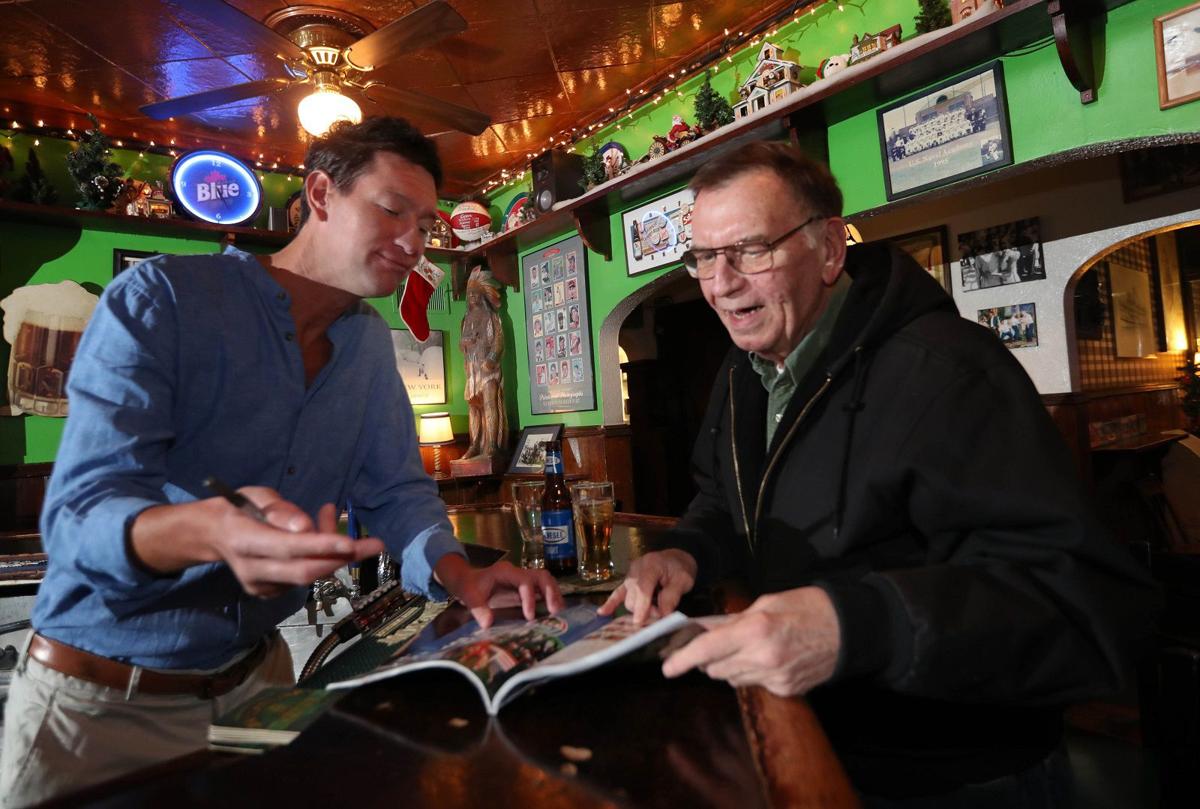 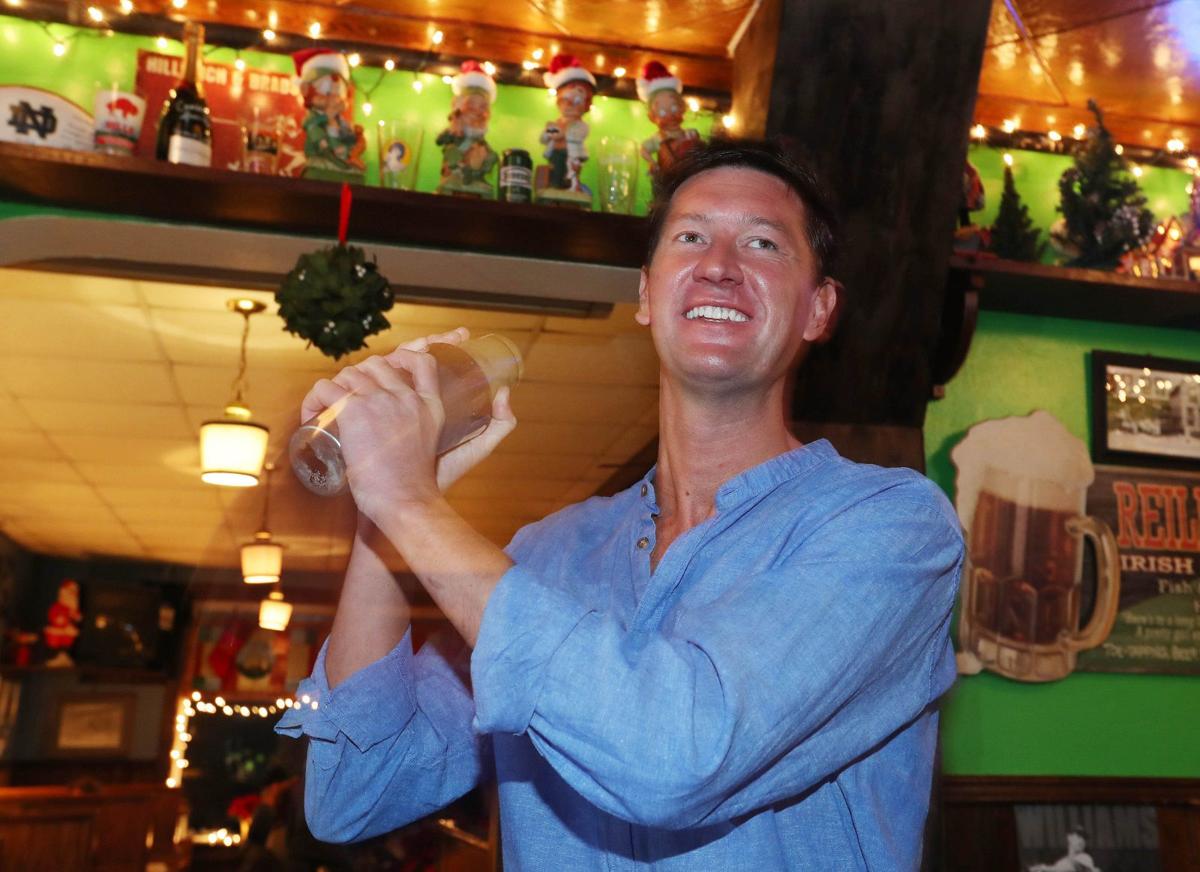 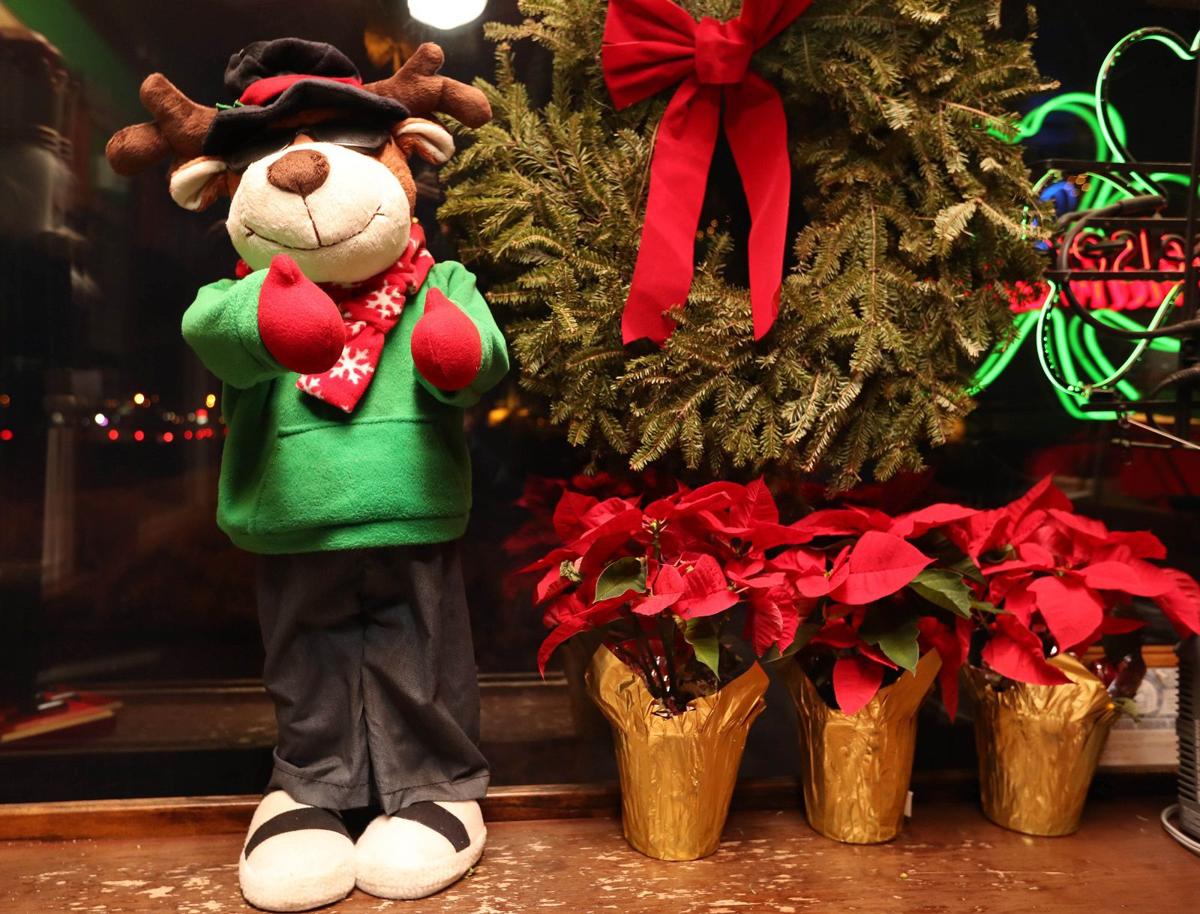 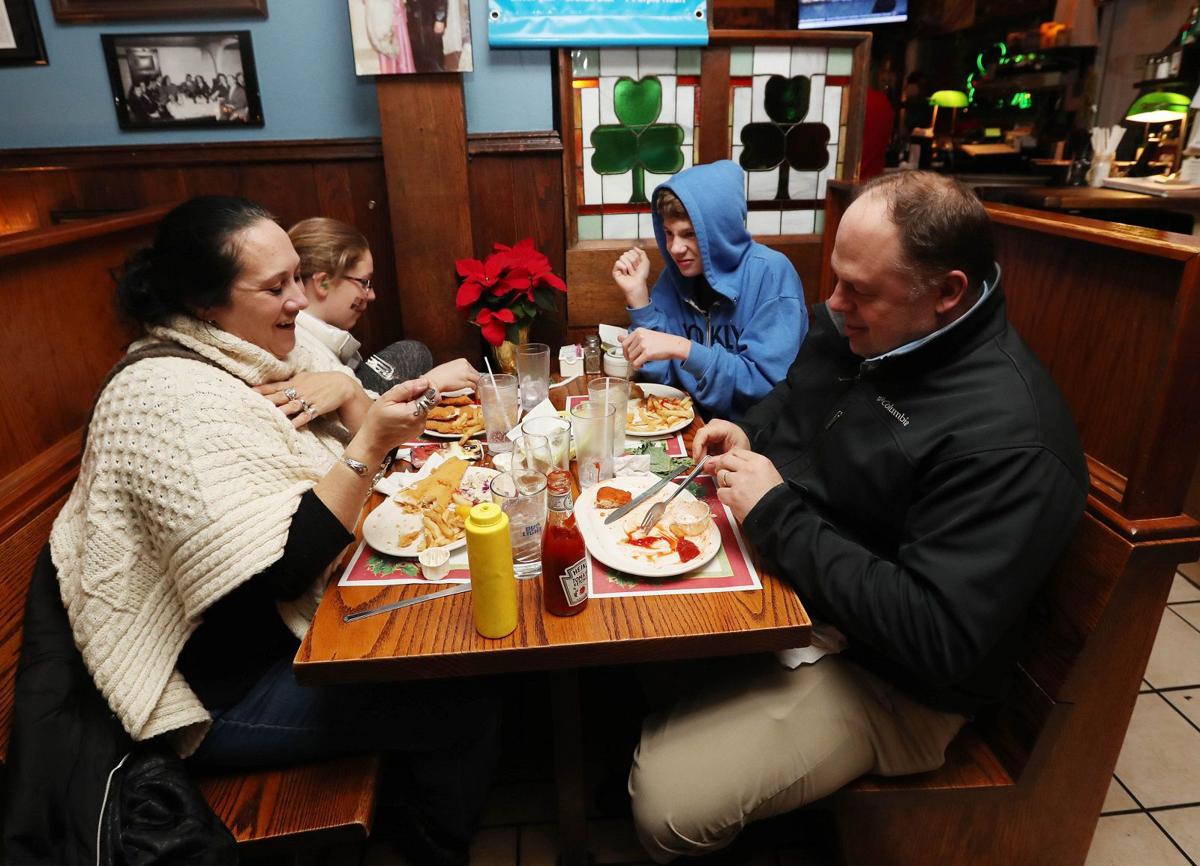 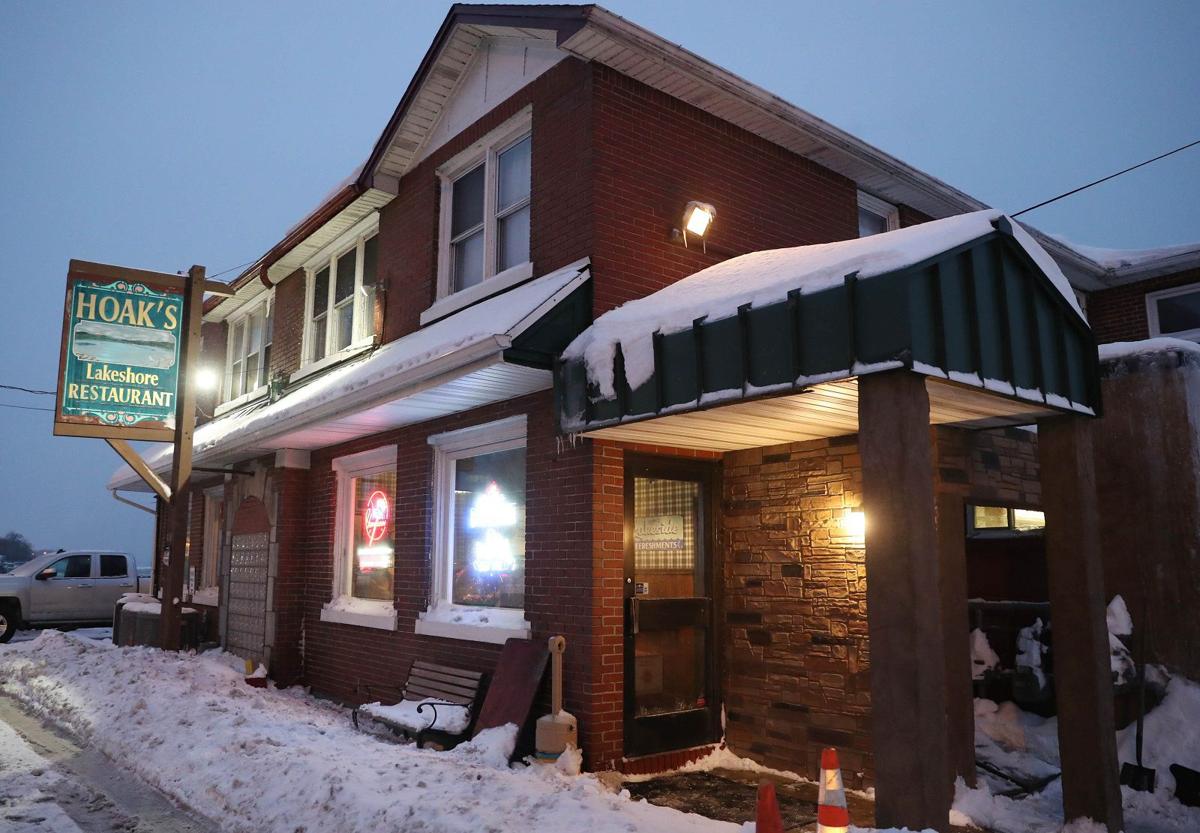 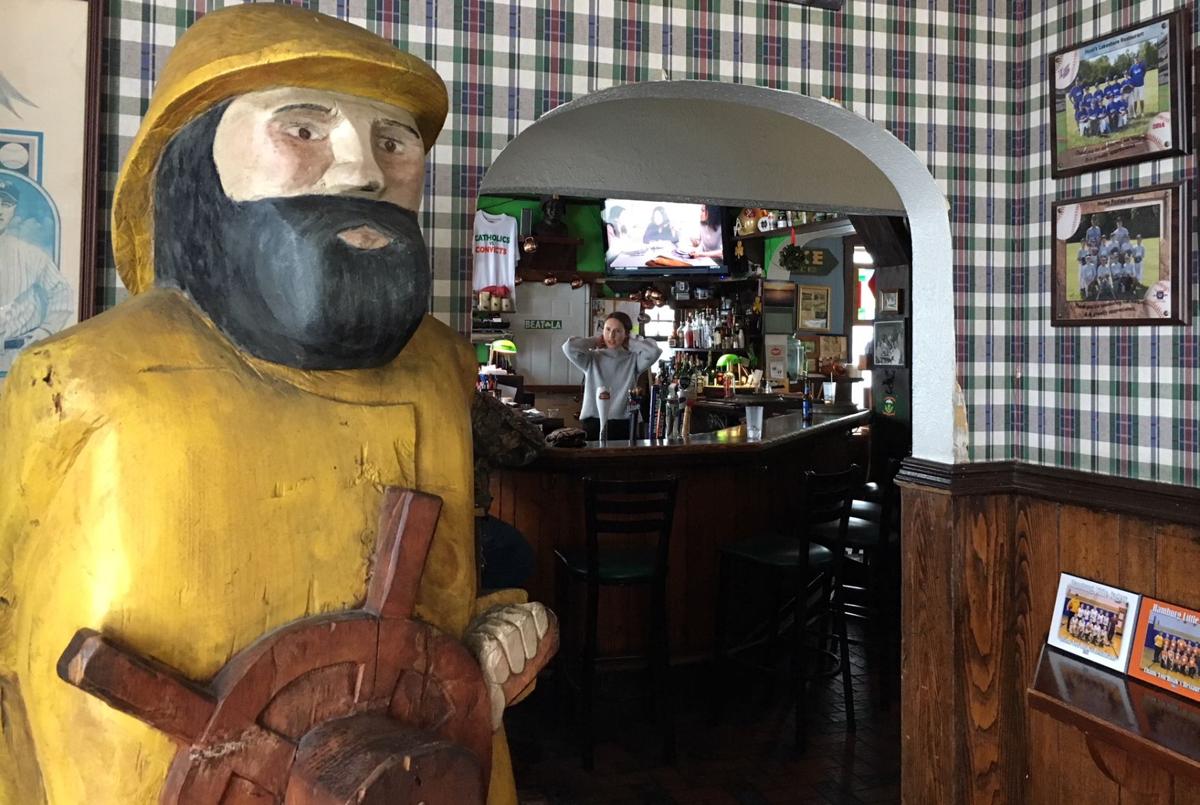 Hoak's Lakeshore is a perrenial summertime favorite. Come winter, it doubles with its mascot, Woody (left) as an ideal holiday outpost.

Despite the Buffalo area’s national perception as the state’s answer to Antarctica, there is an idyllic side of winter, one cherished by locals and natives who return home for the holidays.

The city’s numbing cold isn’t a detriment; it’s simply a reason to huddle closer with family and friends you haven’t seen in months. The piling snow isn’t a nuisance; it’s cinematic, akin to the upstate scenery of “It’s a Wonderful Life.”

And if your home is or was Hamburg, this type of seasonal solace is in ample supply inside Hoak’s Lakeshore Restaurant & Bar, the summertime sunset hotspot that doubles as homecoming headquarters come Christmastime.

“It’s just nice to see people you haven’t seen in a while,” said Kevin Hoak, who took over the family business as co-owner with his sister, Aileen Hoak Lange, on Oct. 1.

“People who used to live here and now live in places like Boston or New York come back and make a point to stop, get a beef on weck and say hello. It’s always been like a family affair here.”

This is likely because Hoak’s was established as a family affair, opened by brothers Edward and Bertrand Hoak in 1949, then eventually carried on by Edward’s sons, Michael and Ed (father of Kevin and Aileen).

Now into its third generation of ownership, the fish fry favorite continues to exemplify classic waterfront Buffalo while facilitating the timeless ambiance of enduring comfort that’s interconnected decades of neighborhood patrons, no matter the season.

But around Christmas, things are different at a place known for its wraparound rear patio and dramatic lakefront panoramas. It becomes a cozy, holiday hideaway, adept at hosting Southtowns reunions or family revelry, all against a Great Lakes backdrop that can skew from dynamic to dangerous.

Walk into the tightly packed, Irish-themed front bar on any day around the holidays and, according to Kevin, you’ll find gatherings of all classifications. Alumni from nearby St. Francis High School, former adversaries from Hamburg Little Cagers youth basketball, businessmen, politicians and amateur sports pundits all coalescing aside festively decorated windows frozen solid from the splashing waves crashing outside.

And whether the exterior conditions are manageable or national news-level goofy (Google “Buffalo Ice Car 2016”), these holiday reunions persist because their host locale continues to deliver the romantic homecoming many envision throughout their most longing moments.

On Christmas Eve, families will reunite from points south, east and west. They’ll fill masses inside St. Francis, St. Mary of the Lake and St. Peter & Paul, then head to the lake’s edge for a Tom & Jerry—or three. Hoak’s offers these steaming concoctions only once a year, so brothers and uncles and cousins will find some space, sip on the boozy froth, and celebrate the happiness of the holiday season.

And thanks to a Hoak family now enabling this experience into its seventh decade, these smiling patrons can bask within moments that embody the best version of home.

Scene: Classic lakefront favorite that doubles as a cozy neighborhood hideaway throughout the holidays and winter.

Domestic days: Bar features a different domestic bottle for $3 every day of the week.

Don’t forget to: Take a picture with Woody, Hoak’s carved fisherman mascot that stands at the front entrance.

The new fair foods for Erie County Fair 2021 show considerable creativity with an ounce of restraint.

Exploring the state of the Western New York beer scene

"I think we all learned to value the togetherness, empathy and kindness that comes from gathering in communities – big or small,” said Chris Smith, co-founder of Community Beer Works.

Hoak's Lakeshore is a perrenial summertime favorite. Come winter, it doubles with its mascot, Woody (left) as an ideal holiday outpost.