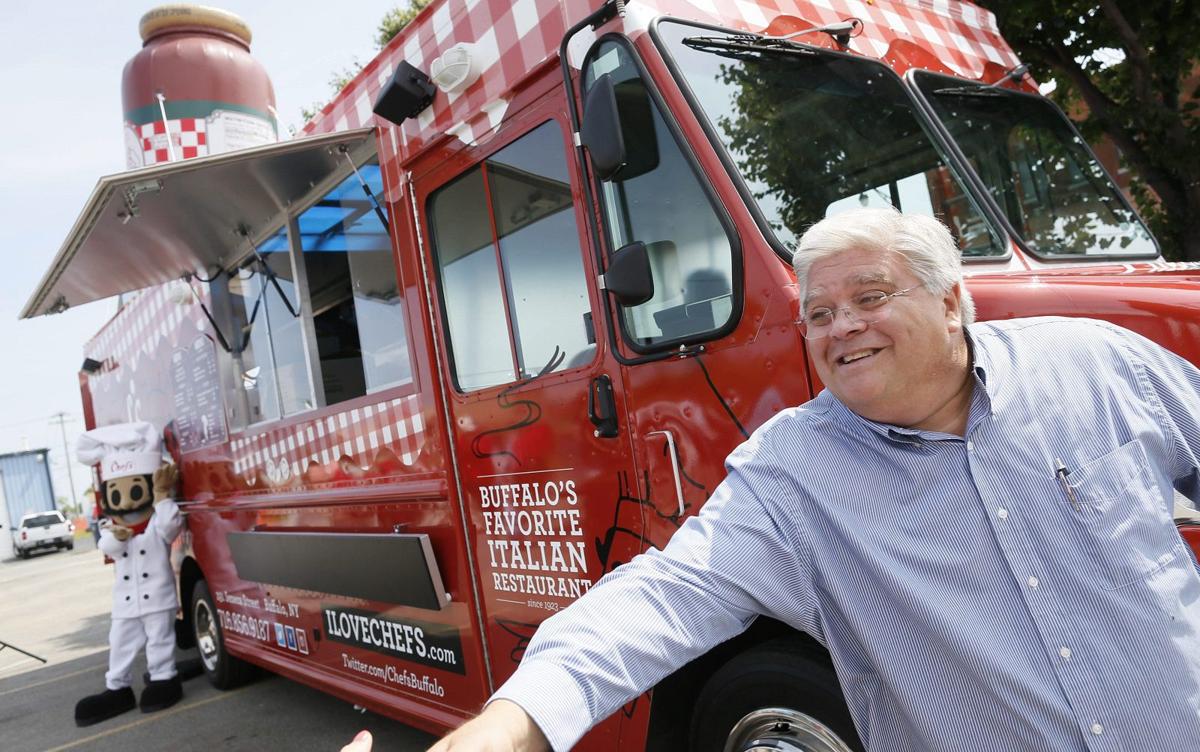 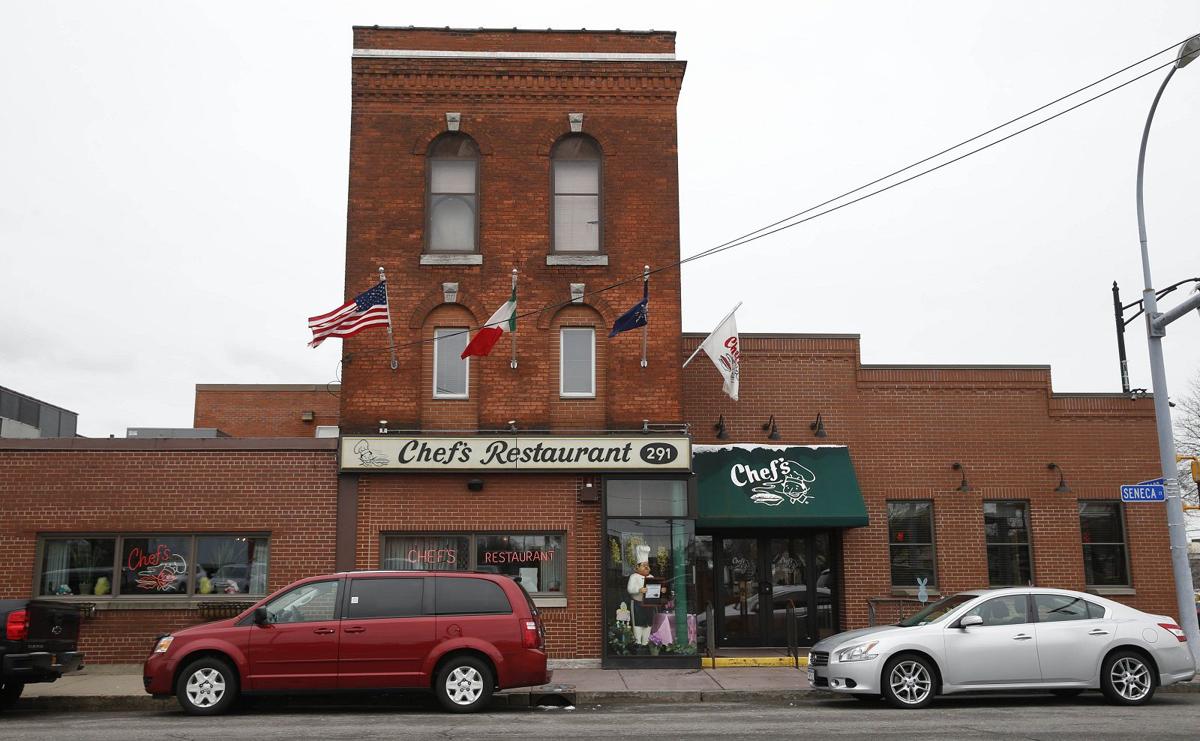 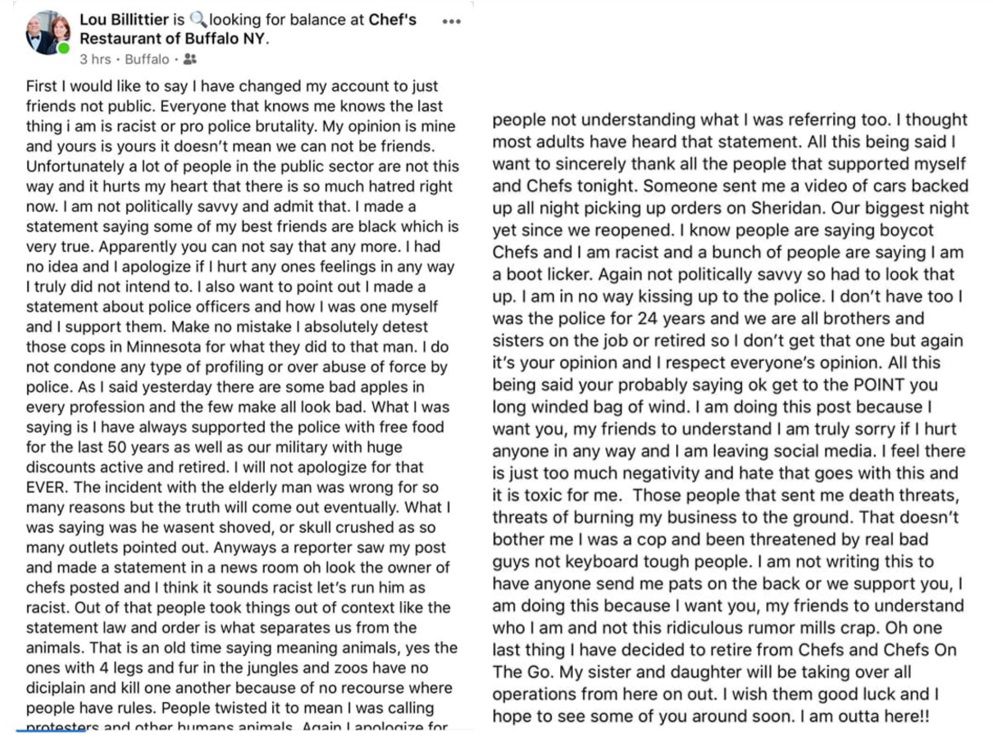 Lou Billittier's final Facebook statement where he announced his retirement. (screenshot via a Tweet from Spectrum News) 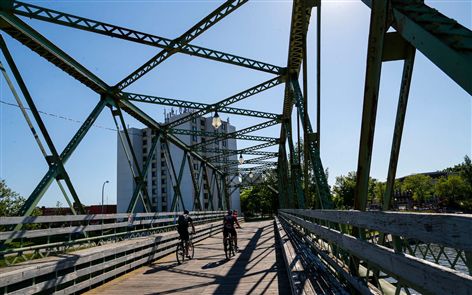 "Lou is completely retiring and stepping out of the operation," said Di Sciullo, who added Billittier had been considering retirement for several months.

The reopening of Chef's, which closed the flagship location, at 291 Seneca St., temporarily beginning March 31 for the safety of its employees, is in the works under the modified ownership structure, as Mary Beth Billittier is exploring how to do so safely under Covid-19 reopening rules. Chef's on the Go, at 5483 Sheridan Drive, Amherst, has been open for drive-thru pickup Monday through Saturday.

Lou Billittier Jr.'s comments on social media prompted some former customers to urge a boycott of the Italian restaurant.

"I stand by the members of Buffalo PD ERT team. This is not open for debate it is my opinon [sic] as a former police officer and ERT member. As long as I am alive active police officers will eat for free at Chefs On The Go and Chefs Downtown when we reopen that one as well."

The section of Billittier's post that drew the most response was his perspective on the June 5 protest.

"Anarchy is coming. Law and order is what separates us from the animals. A 75 year old man that stated he wanted to get arrested before the incident. Breaking the law by not leaving striking a police officer 3 times with his cell phone. Officer pushed him away and the man stumbles falls and hits his head. Very unfortunate but he was not shoved hard just pushed," Billittier wrote.

Billittier was a police officer for 24 years, mostly in the Town of Hamburg, and also served on the Emergency Response Team.

Wow bye Chefs BYE and I’m not sad about it https://t.co/SIXyTAGpBW

Billittier responded to claims of racism with another Facebook post that included "some of my best friends are black" and "I support police not [expletive] [expletive] cops like the ones in Minnesota."

On Saturday, Billittier changed his Facebook account settings from public to private, then, in another lengthy post circulated widely as a screenshot on Twitter, apologized for the statement about his black friends, said he was not "politically savvy," reiterated his support for police officers and announced he was turning over operations of his restaurants.

Chef's opened in 1923 at 291 Seneca St., with the late Lou Billittier Sr. beginning as a dishwasher before rising through the ranks to take ownership in 1954. He passed the business to his son and daughter in the late 1990s.

The Billittier family opened Chef's on the Go, its first presence in the Northtowns, last fall. Chef's is known for its cheese-forward spaghetti parmesan.

Plant-based restaurant Root & Bloom always had millennials in mind. From an elegant, hidden gazebo to a lounge-like, wood-adorned interior, James Ernst and Sarah Sendlbeck’s restaurant seemed built for Instagram. As Buffalo reopens from the Covid-19 pandemic, Root & Bloom’s loyal customers – primarily in this millennial category – have different expectations for dining, and Ernst and Sendlbeck have

Lou Billittier's final Facebook statement where he announced his retirement. (screenshot via a Tweet from Spectrum News)