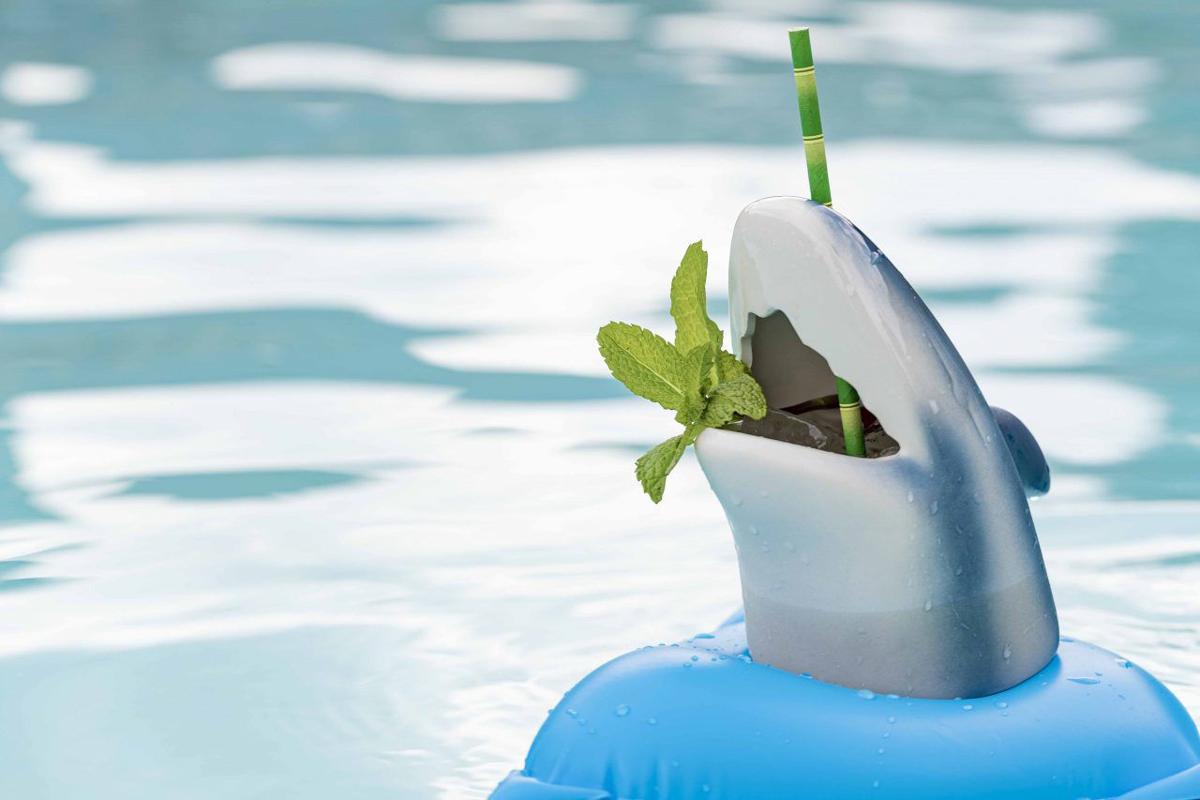 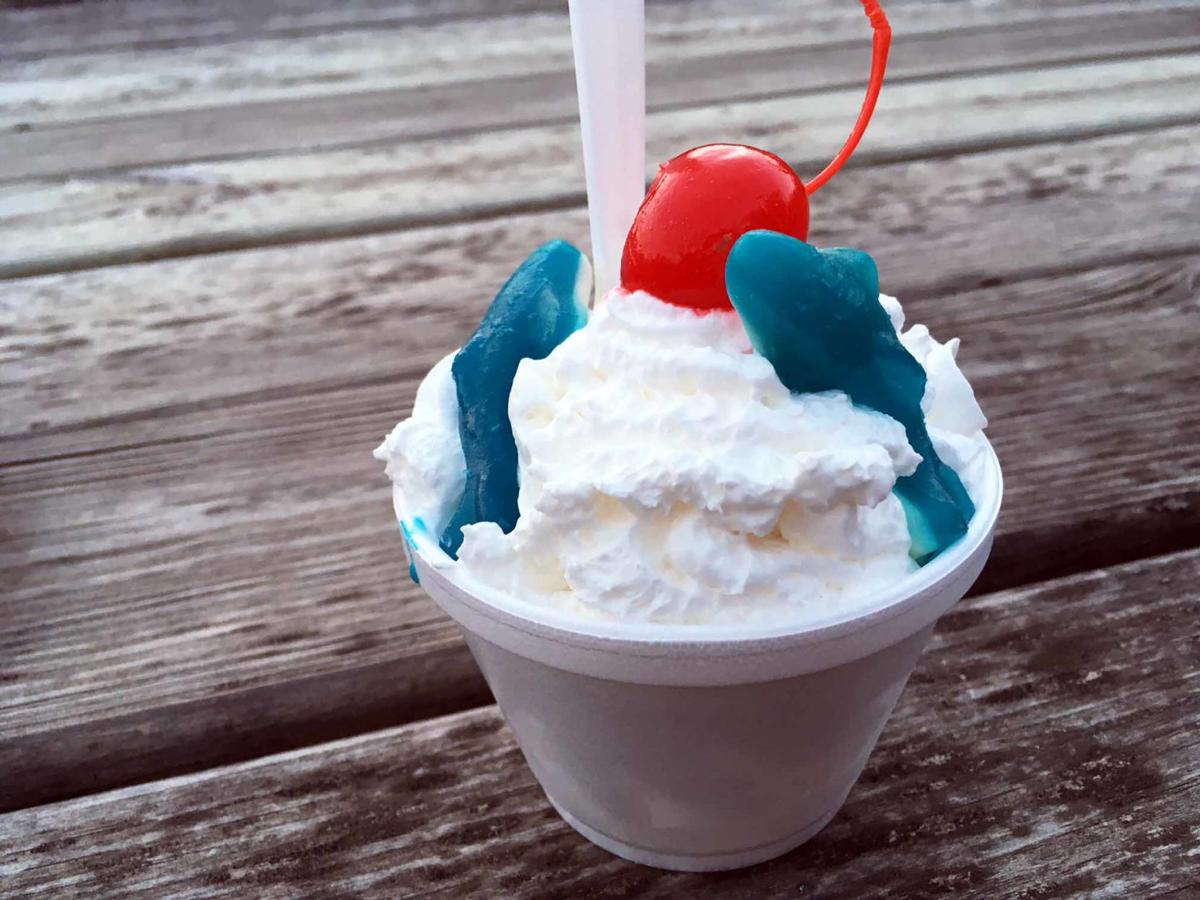 We admit, we are big chickens. Especially when it comes to sharks.

We rarely dip our toes in anything other than a swimming pool, including Lake Erie. (We understand a lake doesn't have sharks, but you really never know.)

It’s ironic that we look forward to the Discovery Channel’s Shark Week (July 28 to Aug. 4).

Like a striking Great White, Shark Week joyfully rips into bad summer television (we are talking to you, ABC Summer Fun & Games).

In the spirit of the week, local bars and restaurants add to the fun with food and drink specials, and Shark Week shows on their TVs. Here’s where you can take bites and sips:

Once again, the Burning Buffalo Bar & Grill on Hertel Avenue will celebrate. Co-owner Nick Kotsis says his staff enjoys the week as it's an opportunity to do something different with food. In this case, making mako shark tacos and shark entrees. New Zealand green-lipped mussel dishes will be featured, too.

“We always serve a wild game burger, so this is somewhat of an extension,” said Kotsis.

Drink specials include $2 cans of Narragansett beer and $5 Narragansett Del’s Shandy drafts. (Narragansett is the beer Quint, the boat captain from “Jaws,” crushes after chugging.)

Also on tap will be Dogfish Head Slightly Mighty ($5), a low-calorie IPA. (It is bathing suit season after all, even if we aren’t going into the water.)

For cocktailers, Kotsis said a special Sea Breeze ($5), made with fresh squeezed ruby red grapefruit will be super refreshing. Everyday happy hour is 3 to 7 p.m. Monday through Friday, with $1 off drafts and wine, and $3 well drinks. The Burning Buffalo opens daily at 3 p.m., Saturday and Sundays at 11 a.m.

Drinks include Brennan’s Hooper’s Punch ($8) made with Malibu rum, cranberry and orange juices served in a chalice with Swedish fish.

The Bruce-tini is on the menu again ($8) made with Deep Eddy vodka, grapefruit juice and a gummy shark, as is the Amity Island Rita ($7) an ocean blue margarita and the “Shark Bite!” a Malibu rum, pineapple juice and Blue Curacao concoction served with a dash of pomegranate schnapps and a gummy shark. Brennan's opens at 11 a.m. daily and noon on Sunday. Happy hour is 4 to 7 p.m. Monday through Friday with $1 off drinks. A late-night happy hour after midnight is the same for those who can stay awake.

Bonefish Grill on Niagara Falls Boulevard tells us they are “diving into” Shark Week with a cocktail served in a shark tiki glass. Jaws on the Rocks mixes Absolut Citron vodka and St. Germain Elderflower liqueur with white cranberry juice, fresh lime and simple syrup. It comes in a shark tiki mug ($9.40).

Drink specials include the Blueberry Lemon Drop, Tropical Tiki Martini, Raspberry Vodka Collins and Fresh Margarita for $5 each. House wines are $4, mixed drinks $6 and a buck off draft beers. Bonefish Grill opens at 3 p.m. Monday through Friday, at 11 a.m. Saturday and at 10 a.m. Sunday.

Ironically, we saw similar shark tiki mugs at Hydraulic Hearth on Swan Street in Larkinville during its recent tiki week. Owner Harry Zemsky told us, “So funny that you ask. I just ordered a few dozen shark mugs for Shark Week. So we'll definitely have those out.” And while he couldn’t tell us exactly what drinks they have planned he did assure us they would have, “a bite,” to them.

For those who need a bigger boat, banana splits come in "rowboat" (medium) and "yacht" (large), with the caveat, "Better have a friend help finish it."

And in a weird way, that's exactly what saved Chief Martin Brody and Matt Hooper at the end of "Jaws."

While the pool of hop-heavy IPAs is deep to choose from around these parts, here are seven options to consider the next time beer shopping is on your to-do list.

Two popular Indian restaurants have been anything but idle during the last four months: India Gate and New Jewel of India are expanding the cu…

In The Mix has announced it will open a taproom inside the former Black Button Distilling, at 149 Swan St. in downtown Buffalo.

It took me 21 years to try chicken wings. They were worth the wait.

In that moment I had a wing epiphany: I finally understood why everyone from Buffalo was so crazy about wings – the answer: because they’re really good.