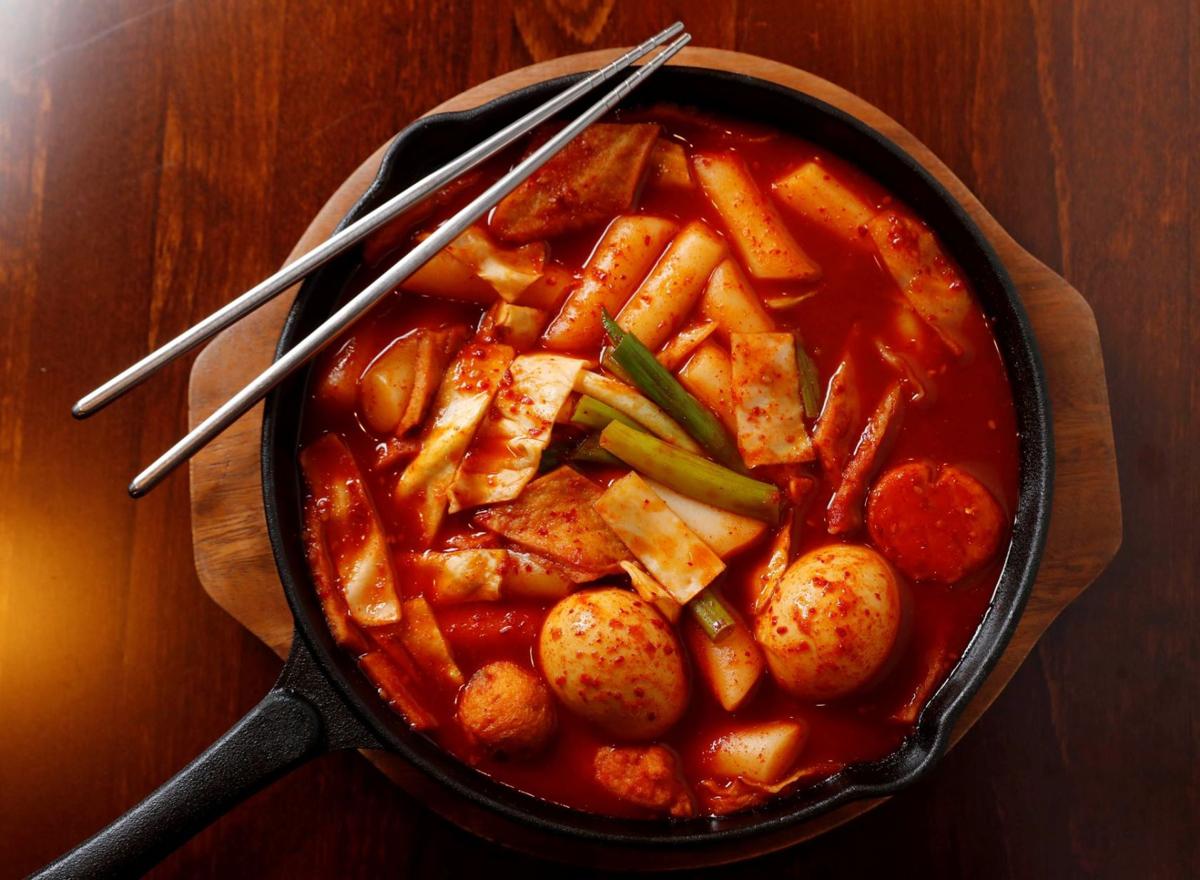 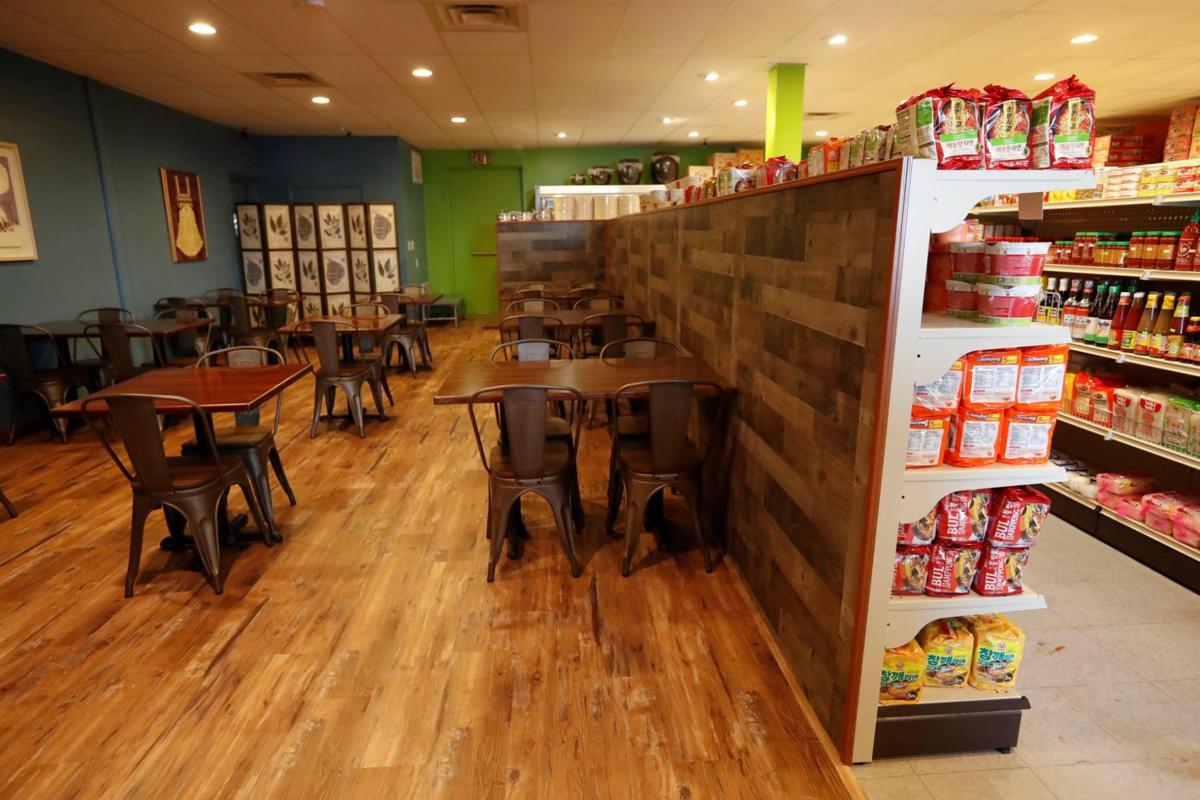 A room next to the grovery aisles is a dining area at Woori Mart. (Sharon Cantillon) 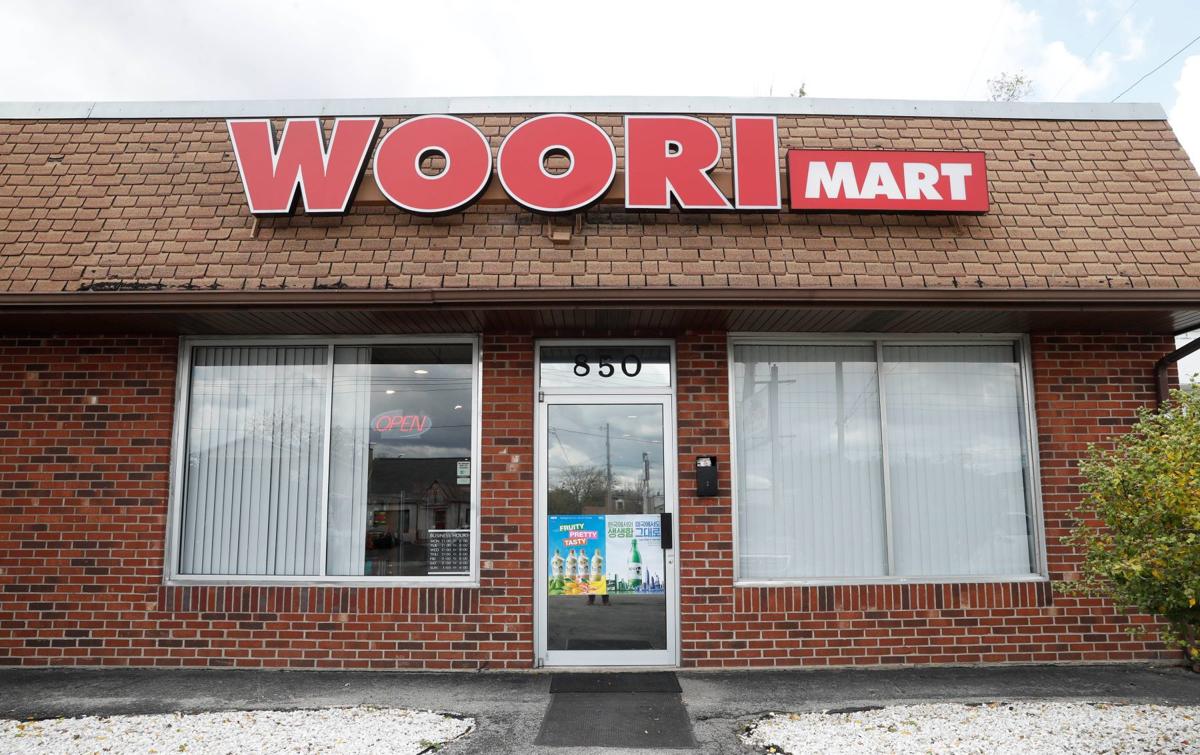 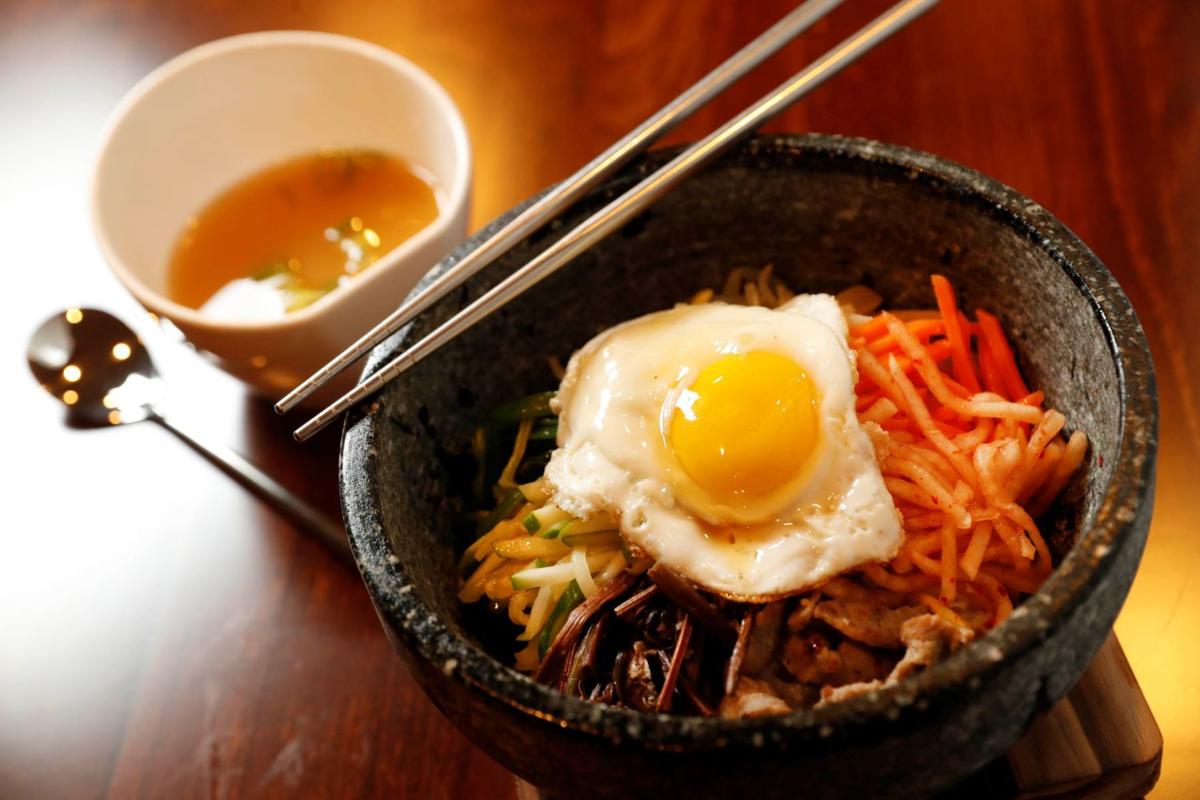 Bibimbap, rice in a hot stone bowl topped with vegetables, beef, and an egg, at Woori Mart. (Sharon Cantillon) 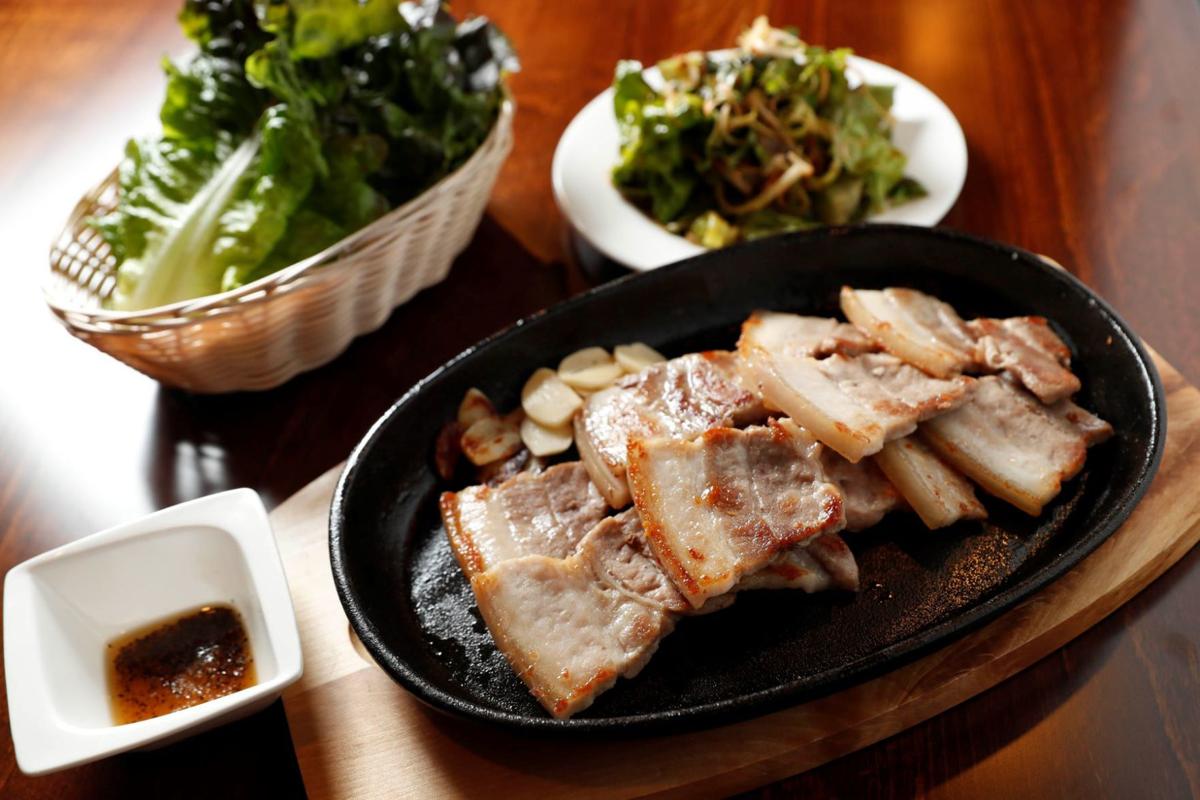 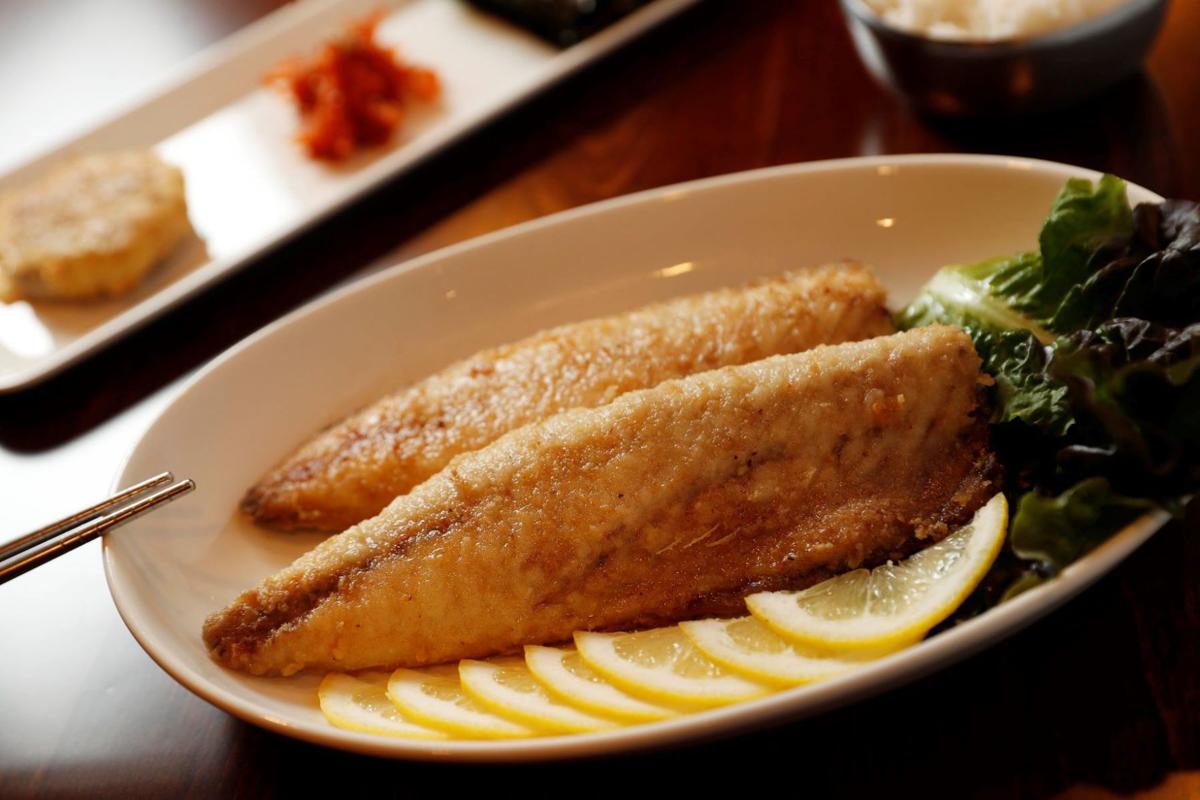 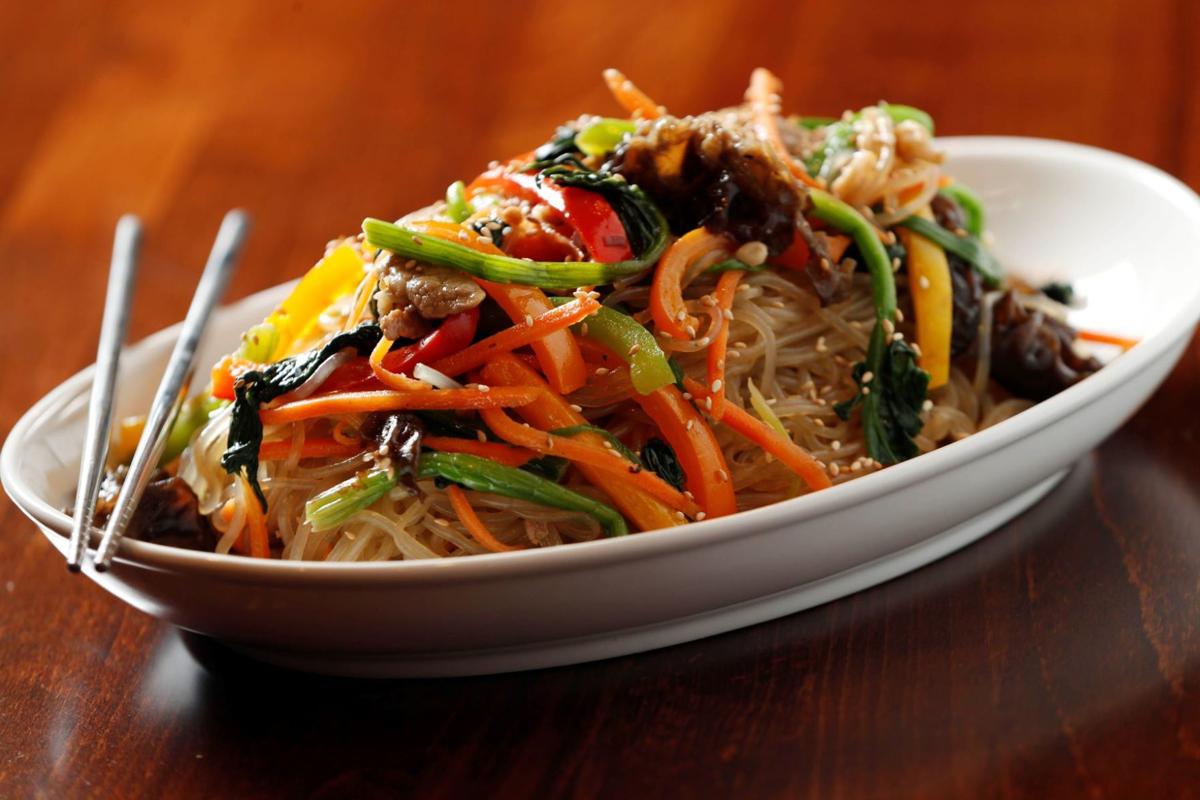 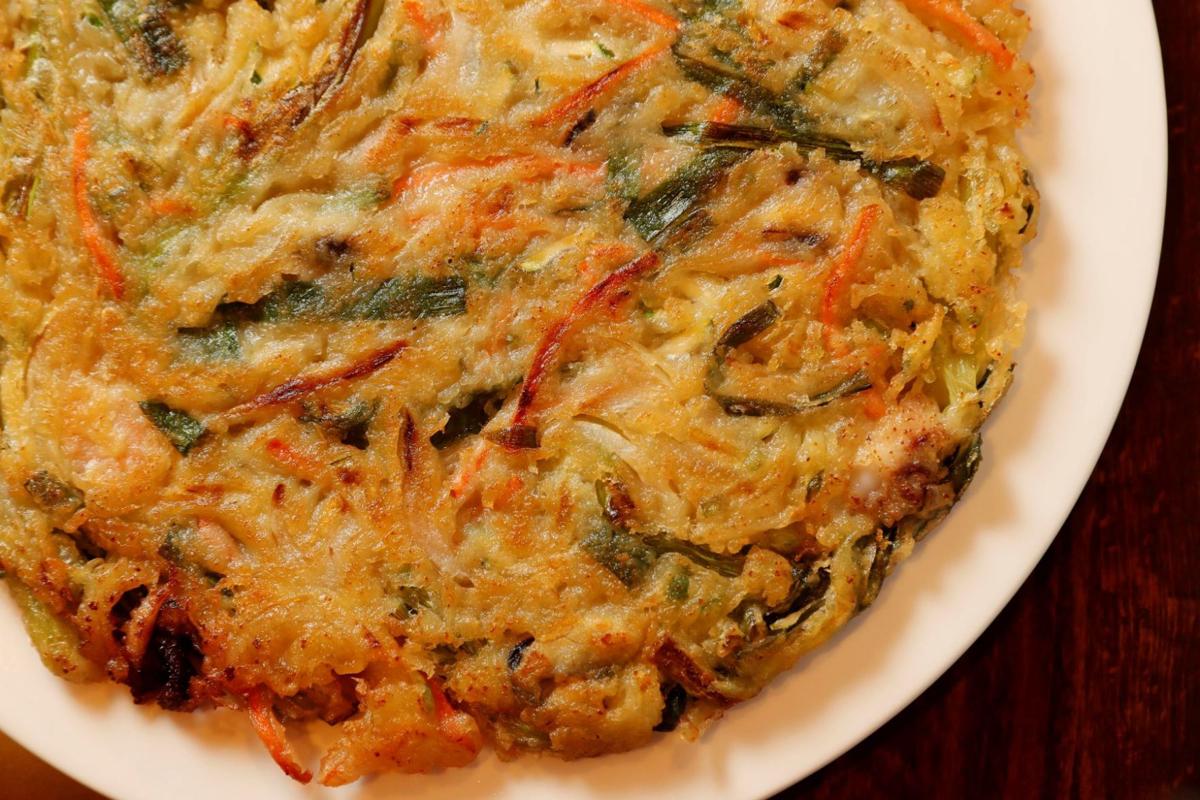 Like dandelions blossoming from sidewalk cracks, restaurants can sprout up in unlikely places.

Legend has it that Ted’s Hot Dogs, with 10 locations locally and in Tempe, Ariz., started in a shack under the Peace Bridge. Bocce Club Pizza began in a bar more famous for amusement equipment than food, using a pizza oven discovered in the basement.

So when word reached me that a restaurant had opened where the kimchi cooler was in a Korean grocery called Woori Mart in Tonawanda, I didn’t hesitate for a moment. Sun, Buffalo’s first Burmese restaurant, went from a glorified card table in the back of a grocery store to three Buffalo locations and one in Williamsville.

Lin Restaurant in Riverside started as a produce concern, too, making grown-from-grocery its own Buffalo restaurant genre. The tables might be separated by shelving from aisles of soy sauce, rice cookers and dried noodles, but the most important real estate is the kitchen.

Woori Mart doesn’t have barbecue tables, leaving Korea House the sole possessor of Buffalo’s peak Korean title for that superlative dining option. But the offerings of chef-owner Hyang Lee provide compelling reasons to stop by for both kimchi-obsessed and merely Korean-curious.

Banchan, little dishes of auxiliary vegetables, fermented Napa cabbage kimchi and other bites that arrive before main dishes, were in fine form at Woori. One was fish cake and sliced fish balls, made of a springy textured ground whitefish mixture soaked in sweet sesame soy. Domino-sized servings of acorn jelly were a sweet-starchy bite, sweet potato flavor a bit stiffer than cranberry gel. Slivered squid jerky in sweet-spicy chile sauce might sound far out, but they are briny sea gummies – tasty snacks with a hint of the sea. My only problem was that I didn’t have a beer.

Kimchi jeon ($17 large) was a hubcap-sized Korean savory pancake, browned like a well-done omelet. Eggy batter held shredded carrot, onion, scallions and more vegetables, including a dose of the namesake fermented Napa cabbage. Served in wedges, it was a hearty appetizer, but not quite cooked through as it was still custardy inside.

Stews called jjigae usually arrive bubbling furiously. This particular cauldron of kimchi jjigae ($16) was placid, but plenty tasty with medium-aged kimchi and cubes of tofu that soaked up the broth, salty with misolike bean paste, like ricotta dumplings.

Grilled mackerel, saengseongui ($24), was two deboned skin-on fillets, lightly floured and pan-fried, fatty fish dealt with deftly. Crispy at the edges, the fish slipped off with a nudge of the fork, to be spritzed with fresh lemon.

Korean barbecue involves sliced meat or seafood, marinated, spiced or straight-up. Once cooked, bite-sized morsels are tucked into lettuce leaves, customized with dabs of bean-chile sauce, rice, banchan and kimchi, then devoured like tacos or splayed out over rice.

At Woori Mart, barbecue is kitchen-cooked, emerging on an iron sizzle platter. Bulgogi ($27) is beef, in this case ribeye, marinated in garlic, sesame and sweet soy so that slices caramelize at the edges. Galbi ($32) is beef short rib, a quarter-inch thick. The most steaklike barbecue cut, it arrives on a bed of onions and sliced garlic cloves, cooked to a supple medium.

Dwaeji bulgogi ($27) is lean sliced pork loin, in a spicier marinade, cooked with onions and scallions. Saengyup ($27) is pork belly, plain except for a scattering of salt and pepper and thick slices of garlic. It’s been cooked down in its own aromatic fat until crisp-chewy, then swabbed through a dish of seasoned sesame oil.

The barbecue dishes were accompanied by a salad of greens and scallion curls, dressed in sesame oil and soy sauce. This gratis accompaniment upped the flora-to-fauna ratio enough to make bulgoki bites more like salad rolls.

There are lots of other Korean classics available. Budae ($16) – with two kinds of sausage, pork, vegetables and ramen noodles in spice beef broth – is a meat lover’s stewy choice.

One caveat: The mom and pop who run the place are starting small. Which means that after a review they might run out of things. Blame it on me, not them, if you would.

Think restaurant? You might be disappointed. Think grocery store? You might be impressed. Either way, I feel like these people should be encouraged. The world needs more dandelions.

Zeroing in on four Western New York eateries that have taken a calculated risk by trying something new.

The Leonardi's tradition is now being carried on by Bailey Avenue Pizza North, which soft-opened Sept. 1 at 614 Grover Cleveland Highway and has planned a grand-opening celebration for Sept. 21.

Despite not having an opening date, signs of life at Hofbrauhaus Buffalo suggest the longest-running restaurant construction project in town could at last be nearing its end.

The Kennesaw Anchor Bar has been announced as the third official Bills Backer Bar in the Atlanta, Ga., area, replacing the Duff's that closed this year.

At the Poked Yolk, distinctive breakfast is reimagined

What the Poked Yolks' owners have done in their two locations is a commendable work of breakfast alchemy, writes Andrew Galarneau.

A dining area that could typically seat 300 people has been spaced out to accommodate 90 – with more than the required 6 feet between dining groups.

Get out your lederhosen for these local Oktoberfest celebrations

From the Erie Basin Marina to Ellicottville, find festivities that are still a go despite the pandemic.

Halal, which means permissible in Arabic, references dietary restrictions as written in the Quran. The next time you're in the mood for halal consider these five options.

Despite a host of challenges, Two Wheels Bakery at 1006 Grant St. opened Aug. 21.

A room next to the grovery aisles is a dining area at Woori Mart. (Sharon Cantillon)

Bibimbap, rice in a hot stone bowl topped with vegetables, beef, and an egg, at Woori Mart. (Sharon Cantillon)