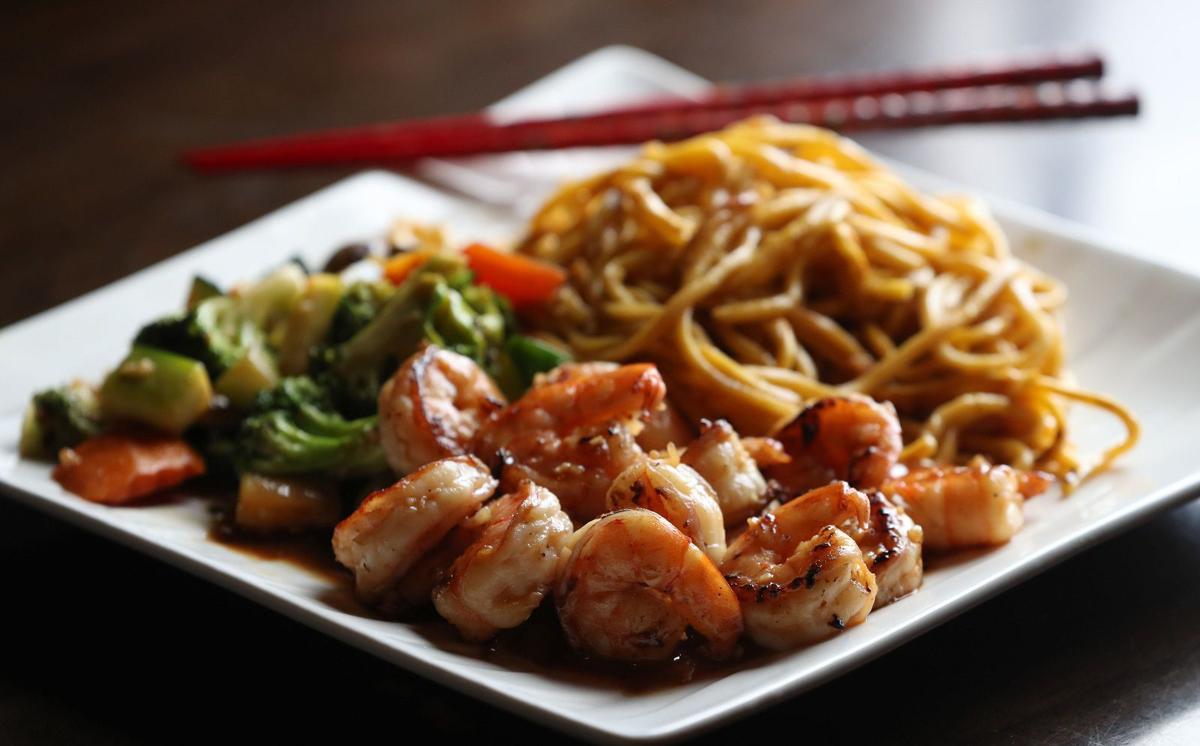 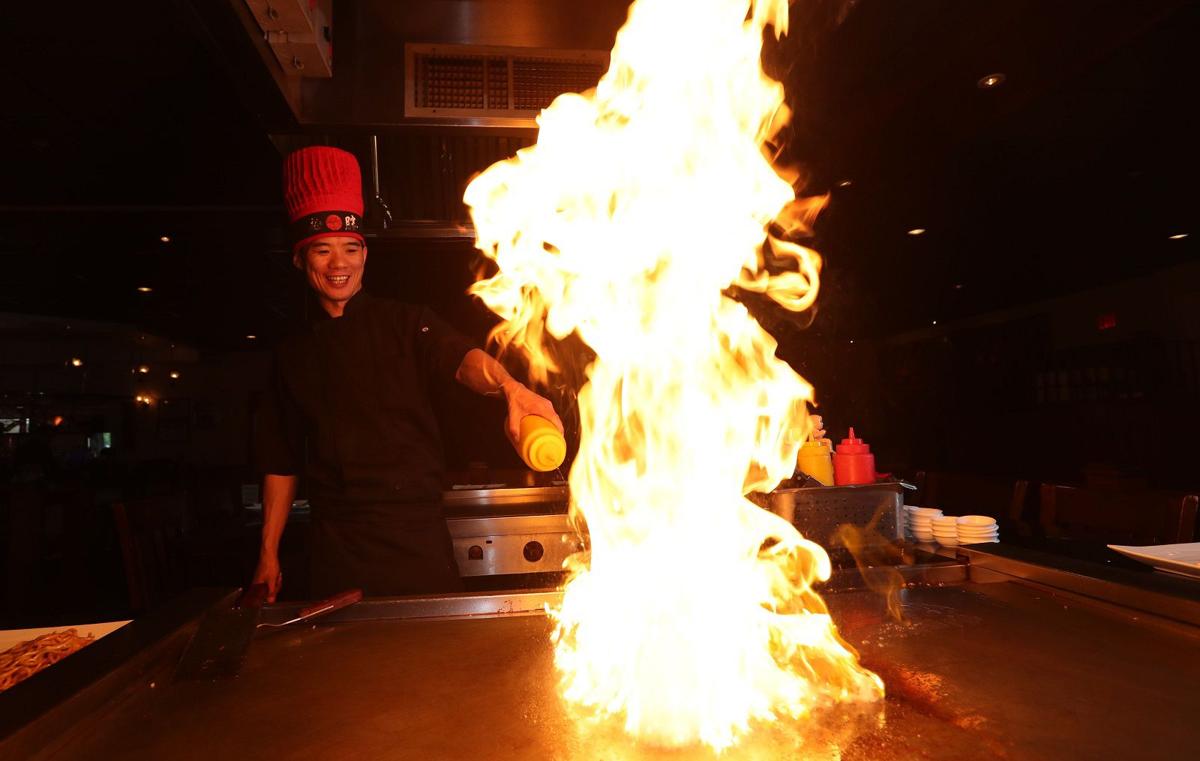 Kyoto hibachi chef Harry Zheng puts on a show as he prepares hibachi dinners. He sends up a pillar of fire. (Sharon Cantillon/Buffalo News) 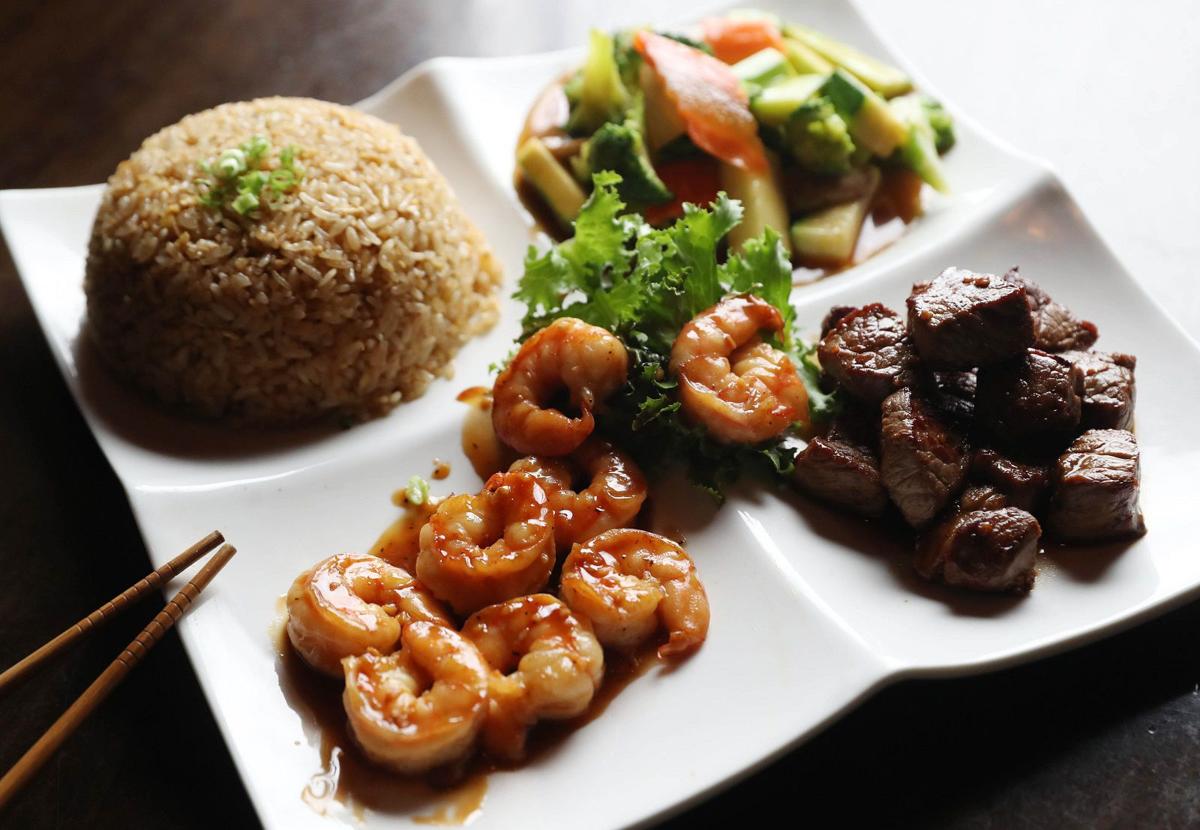 Kyoto's hibachi dinner can be ordered from the kitchen as well. This is the steak and shrimp combination hibachi dinner with fried rice and mixed vegetables. (Sharon Cantillon/Buffalo News) 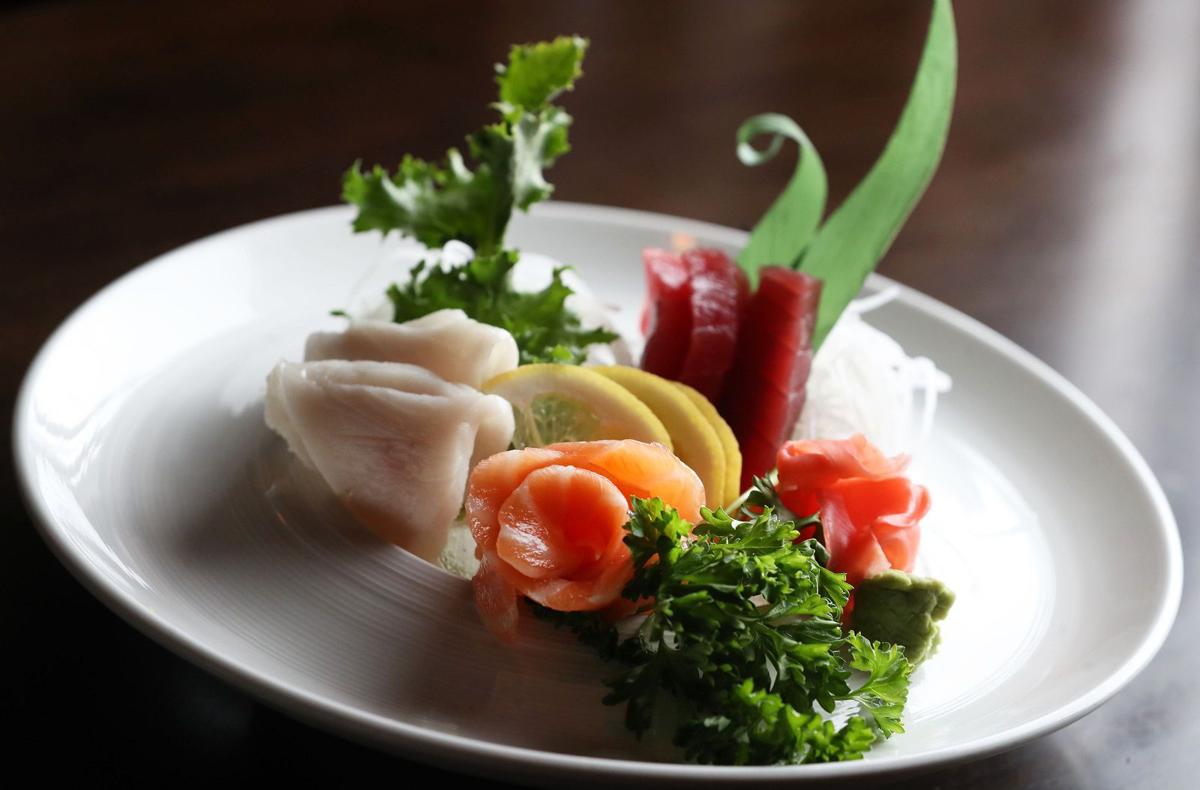 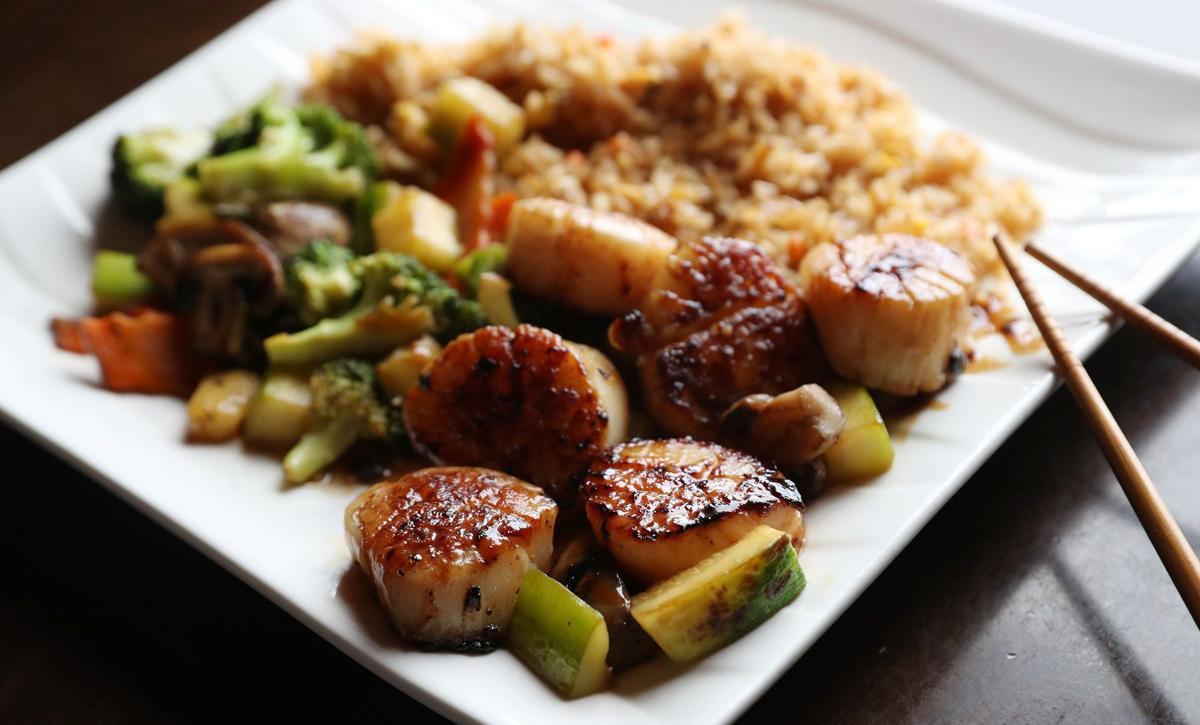 Anyone who thinks cooking can't be an artistic performance should be blessed to have a ringside seat on a skilled grill jockey during breakfast rush. Eggs cracked out two at a time in neat lines, shells finding the trash in no-look arcs.

Mountains of home fries lining the griddle's western horizon chopped into foothills with metronymic precision to crisp before plating. Sheets of scrambled egg filled, then folded into neat parcels with one hand, as the other hand pours pancake batter. No matter how basic the meal, the experience of witnessing that bacon-greased ballet heightened my appreciation, and made it taste better.

So while I had never experienced a hibachi meal, I walked into the Kyoto restaurant on Maple Road excited at the prospect of being fed by a cook trained to entertain me on purpose. We call it hibachi here, but most other places use the accurate Japanese term, teppanyaki. (A hibachi is a grill powered by charcoal or gas; a teppan is a griddle.) Whatever it's called, it's a popular dining option, with a half-dozen area spots where it's a draw.

Kyoto is a former Bennigan's that went Japanese in 2008. Its vast interior is ringed with more secluded tables. At its center, it holds an indoor goldfish pond and clusters of seats set around griddles, each capable of hosting about eight to 10 people. If you have a smaller group, you'll likely be seated beside strangers before the show starts.

Age tofu ($4.50) tempura-fried soft tofu, was a simple pleasure that made me wish I'd tried more tempura offerings. My favorite appetizer was takosu, sliced octopus in vinegar sauce ($8), its sourness giving the meaty-but-tender raw seafood some edge.

There's a medium-sized sushi selection, of pieces ($2-$4), rolls ($4-$16) and sets, from vegetable ($11) to the Love Boat for two ($48). Entrees include bento boxes ($16) that include miso soup, salad, white rice, gyoza pork dumplings and proteins like chicken teriyaki or beef negimaki, thinly sliced beef wrapped around scallions and cooked in sweet soy sauce.

A sushi assortment ($20) included eight pieces of dispirited supermarket-level sushi and a crunchy spicy salmon roll that clearly contained salmon, but did not make good on its other promises.

Most of us were interested in dinner and a show. Meals at the tables run from $15 for vegetables to $34 for filet mignon with a lobster tail. That comes with soup, salad, a shrimp appetizer and a choice of fried rice or noodles.

Our server got drinks and brought soup and salad. The standard soup was bland brown broth with a mushroom-soy aspect and a few vegetables. Miso soup was more flavorful, with a few tofu cubes and seaweed shreds. Lively ginger dressing made the house salads enjoyable.

Then the red-toqued griddle jockey showed up, wheeling a cart of sauces and dishes to be cooked before us. He ladled out two sauces, a thin mustard and gingery soy. Clanging a pair of spatulas, he started the show with a squirt of oil onto the hot flattop, and ignited it into a fireball whose radiance I could feel on my face. "Big fire!" he intoned cheerily.

Broccoli, carrots, mushrooms, rice and noodles were piled onto the sizzling griddle. He stacked onion rings into a mini-volcano, flaming with another squirt of oil.

Then the broccoli lobbing started.

For each assenting customer, he spooned up a bit of floret and tried to pitch it where the customer could catch it in their mouth. I snared mine with a lurch and enjoyed the glow of accomplishment, but he missed the fellow next to me twice, broccoli skittering off into the corner.

Sauteed vegetables, with rice or noodles, were served. The vegetables, smoky from the sear, were pleasant. So were the noodles and rice, flavored simply with soy, sake, sesame and a dash of pepper.

Our cook piled the meat and seafood main events on the griddle, along with shrimp, which cooked first and were distributed as an appetizer, still agreeably plump.

All the proteins I tried were cooked properly, from chicken breast ($18 meal) to the filet mignon and lobster tail ($34), delivered chopped into bite-sized pieces to my guests' plates. Steak ($22) was medium-rare as ordered, seasoned simply, rendered precisely despite the showy method of its cooking.

As I ate it, I wondered if it I would have enjoyed it more with a better show. Cooks at other tables interacted with their guests, to gales of laughter. Streams of sake were squirted into other customers' mouths, but not ours.

I wouldn't ask for sushi, next time, but focus on the griddled offerings, which were cooked decently, while plainly enough to make them an attractively slight stretching of boundaries for children and others with timid palates.

Perhaps next time I'd tip the host and request their best griddle jockey. I left feeling that despite shagging that broccoli, I hadn't gotten to experience the full measure of Kyoto's hibachi hijinks.

Kyoto hibachi chef Harry Zheng puts on a show as he prepares hibachi dinners. He sends up a pillar of fire. (Sharon Cantillon/Buffalo News)

Kyoto's hibachi dinner can be ordered from the kitchen as well. This is the steak and shrimp combination hibachi dinner with fried rice and mixed vegetables. (Sharon Cantillon/Buffalo News)