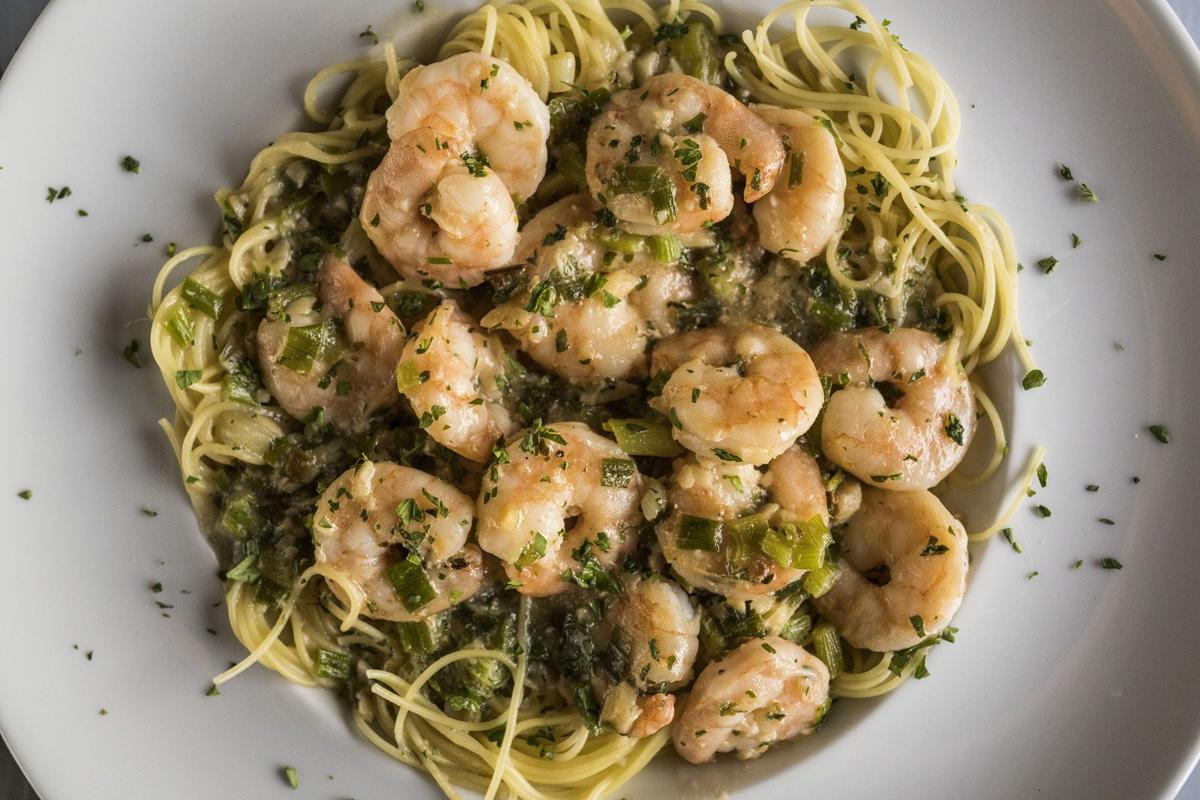 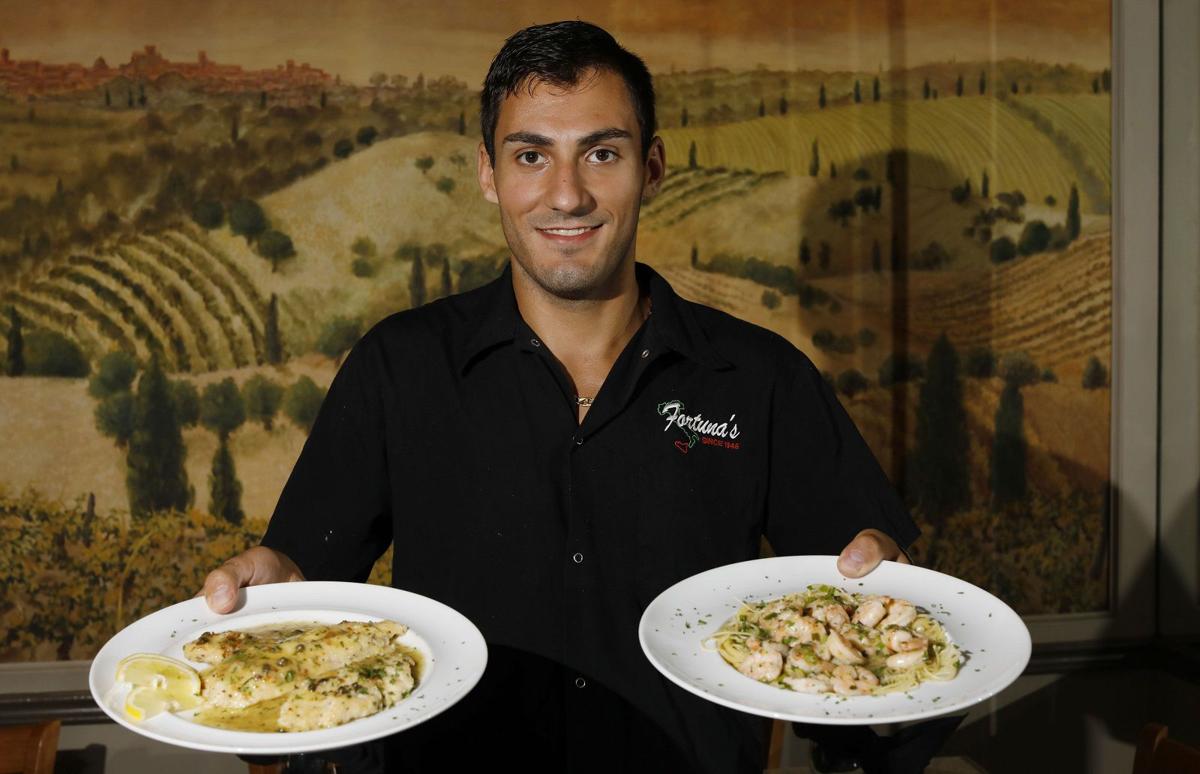 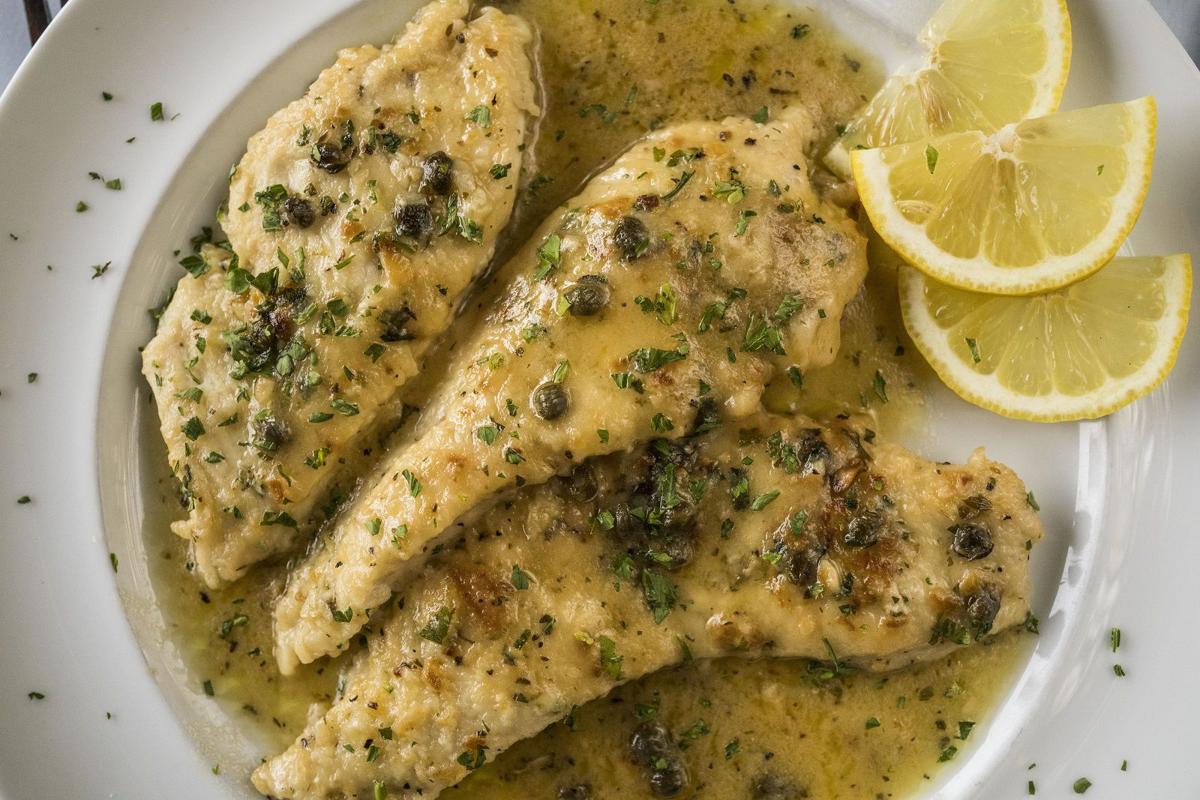 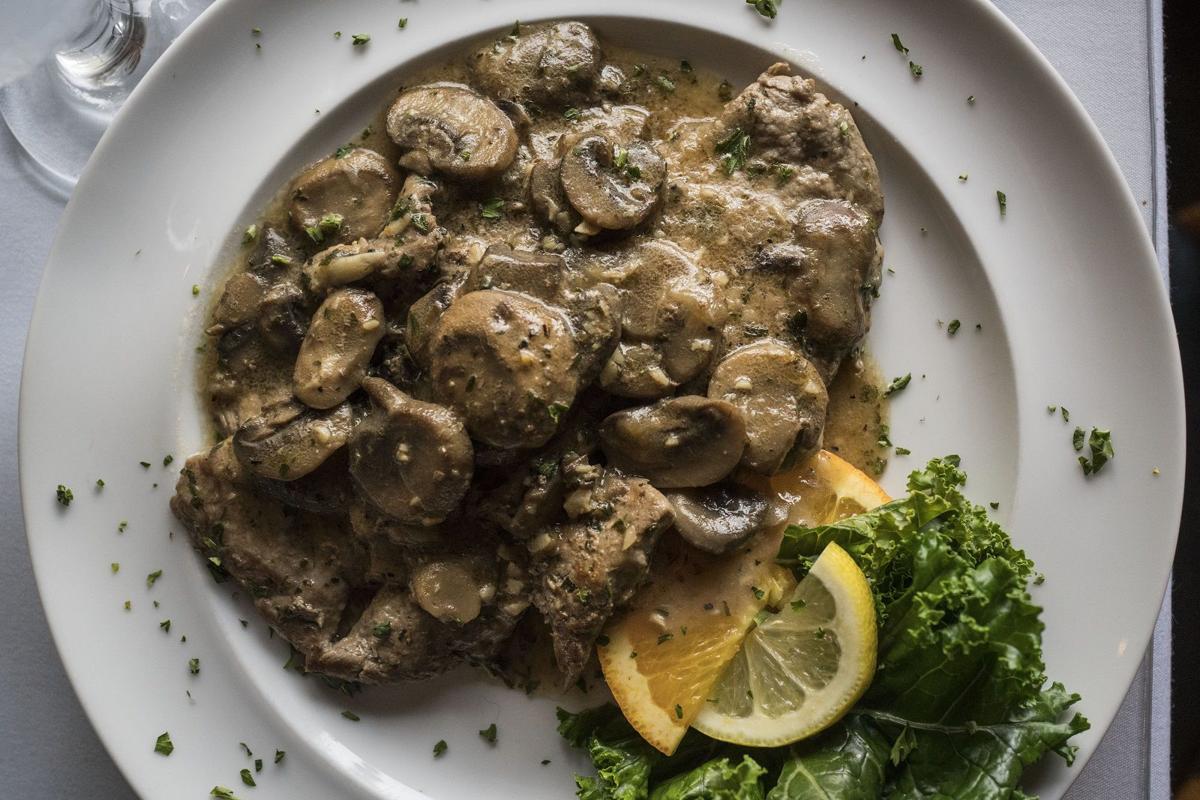 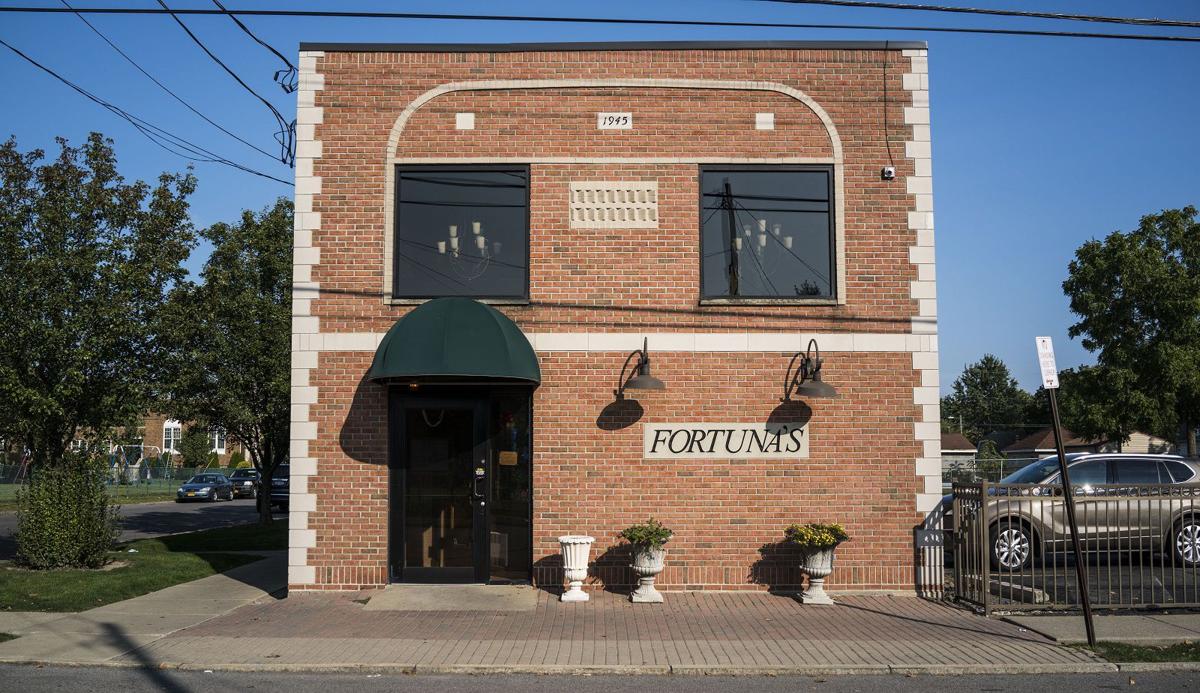 Carmela Fortuna, longtime dessert cook and greeter at Fortuna's Restaurant in Niagara Falls, is among the Niagara Falls High School alumni being honored at a banquet April 26, 2018. (Derek Gee/Buffalo News)

At a time where everything seems to be changing, restaurants that stay the course as others come and go take on an extra measure of gravitas. They are a rock families can return to, to ground themselves and recharge.

Returning to those places after a time away, to find the satisfaction of their cooking undiminished, is like coming home. Except you don’t have to do the dishes.

In Niagara Falls, Fortuna's has been feeding families since 1948. Its veal Parmesan, the peppers in myriad forms and the red sauce are by now as much a part of the Niagara Falls landscape as a certain famed cataract. A recent visit with a gang hungry for throwback Italian-American proved that at Fortuna's, the dream lives on.

Under the direction of third-generation owner Joseph Fortuna, the restaurant has a steady following that packs the parking lot for Saturday dinner. Joseph's wife, Michele, makes the desserts his mother used to make, and his children Joseph and Danielle staff their own stations. It's the kind of place that has a thick, well-used guestbook for customers to sign in on, to signify the notability of the evening.

The dining room was full when we were whisked to our table. Fresh, crusty Italian bread and butter tried to ruin my dinner, but I held on for the appetizers to arrive.

I reached for it soon enough, after biting into one of the cherry peppers stuffed with anchovies ($8), which could also be called cherry bombs for their explosion of flavor and heat. Bread was called into play for its firefighting abilities.

It also helped to sop up the broth surrounding a homey, welcoming dish of beans and greens, ordered with mushrooms ($12). Unlike soupy versions, this was mostly braised greens, bolstered with the protein of beans and savoriness of sautéed mushrooms.

Fried gnocchi ($13) was an unexpected appetizer hit. You'd think that if you took a starchy dumpling, sliced it and fried it, the result would be heavy. Instead, the crumbed and deftly sliced gnocchi ate more like chips, albeit not crunchy. Dip them in Fortuna's famed tomato sauce, made the same way since 1945, or a kicky spiced sour cream, and be prepared for a surprise.

Eggplant Parmesan is too often a dish that's about cheese, tomato sauce, bread crumbs and eggplant, in that order. Fortuna's appetizer portion, enough for four, tastes like, well, eggplant. It's supported by more of that tomato sauce and a smidge of cheese, but this is eggplant for people who like eggplant. A dish of sautéed spicy peppers with cheese ($8) was simple satisfaction, and a reminder that when Fortuna's says "spicy," take heed.

Lots of Italian-American restaurants have carbon-copy menus. One of Fortuna's best pastas is a garlicky combination of bolognese meat sauce, broccoli and beans ($18). We liked it on penne, forkful after forkful of familiar-yet-different.

Fortuna's veal Parmesan ($28) marches to its own tune too, using a blend of cheese including white American atop perfectly crumbed and cooked cutlets. The final touch was a sparing application of tomato sauce that left the bare cutlet edges crispy. I don’t usually adopt a defensive posture around my plate, but this was the best veal Parmesan I've had in town, so extraordinary measures were called for.

Also striking was the seafood fra diavolo ($29), plump shrimp and judiciously seared scallops tossed in spicy tomato sauce that had been fortified with tuna and anchovies, all over rotini. Marinara means "of the seafarer," after all, and while most Buffalo places stick to just tomatoes, Fortuna's insists on a brinier accent. The sweet seafood danced in the tickle of heat.

A dish of gnocchi with mushrooms was good but felt uninspired next to its snazzier companions.

Desserts are worth a gander, especially the housemade pies ($6). A coconut cream pie was a light tropical treat crowned with whipped cream in a flaky crust. Lemon cream pie could fairly be renamed lemon cheesecake for the thick, rich layer underneath bright lemon gel and more whipped cream.

Our server was professional and intimate with the menu, able to direct us to the best combinations of Fortuna's options. The full house slowed dinner down, but not excessively, and with the good company at table, it was a plus, not a minus.

Niagara Falls could use a few more restaurants of Fortuna's caliber, although it has some fine ones. But unless an ambitious restaurateur cobbles together a time machine, there will never be another Fortuna's.

7 seasonal ales to help make your holidays merry and bright

Contrary to popular belief, holiday beers aren’t all dark beers, as evidenced by this list that includes IPAs and golden ales.

Carmela Fortuna, longtime dessert cook and greeter at Fortuna's Restaurant in Niagara Falls, is among the Niagara Falls High School alumni being honored at a banquet April 26, 2018. (Derek Gee/Buffalo News)