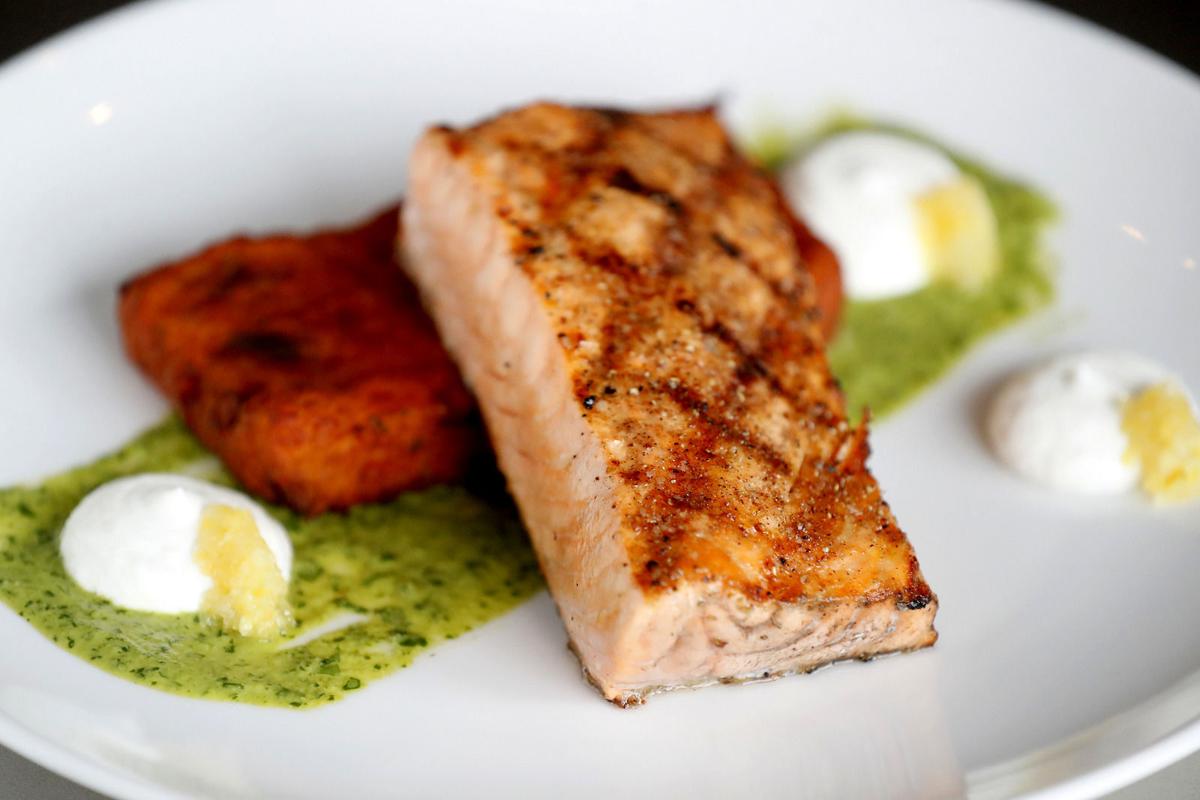 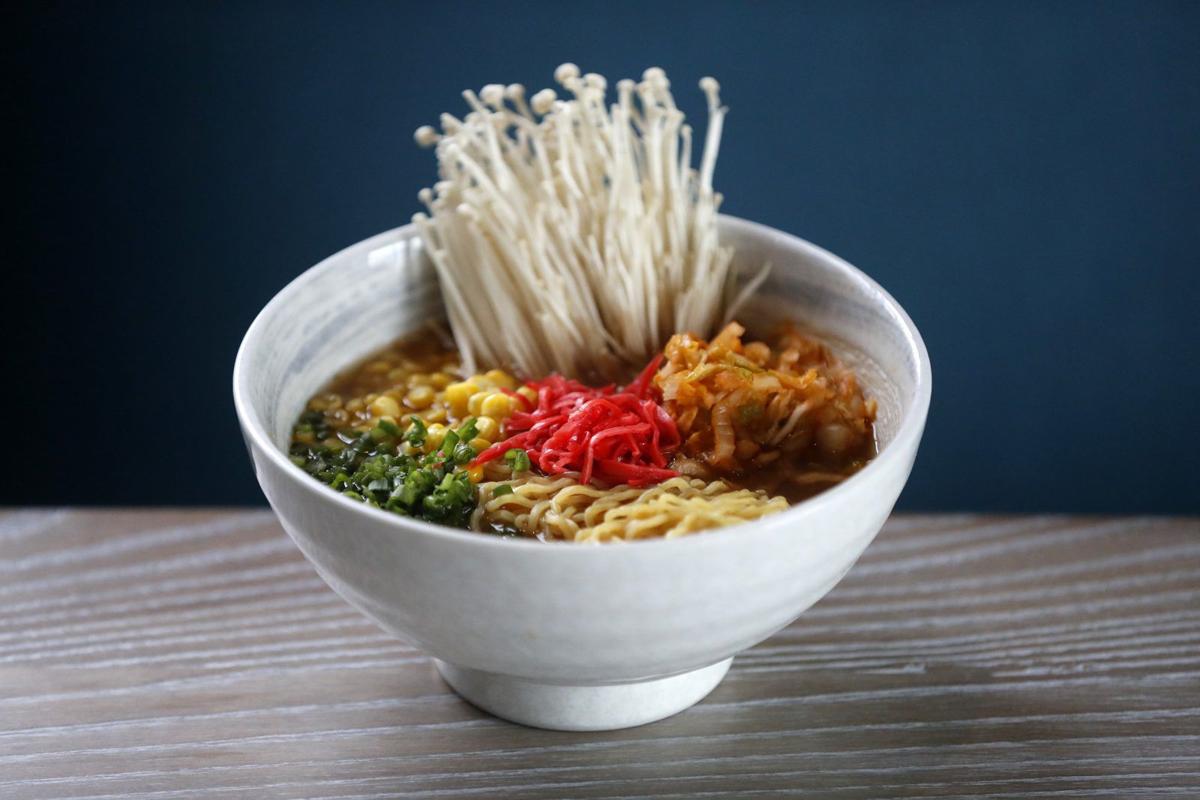 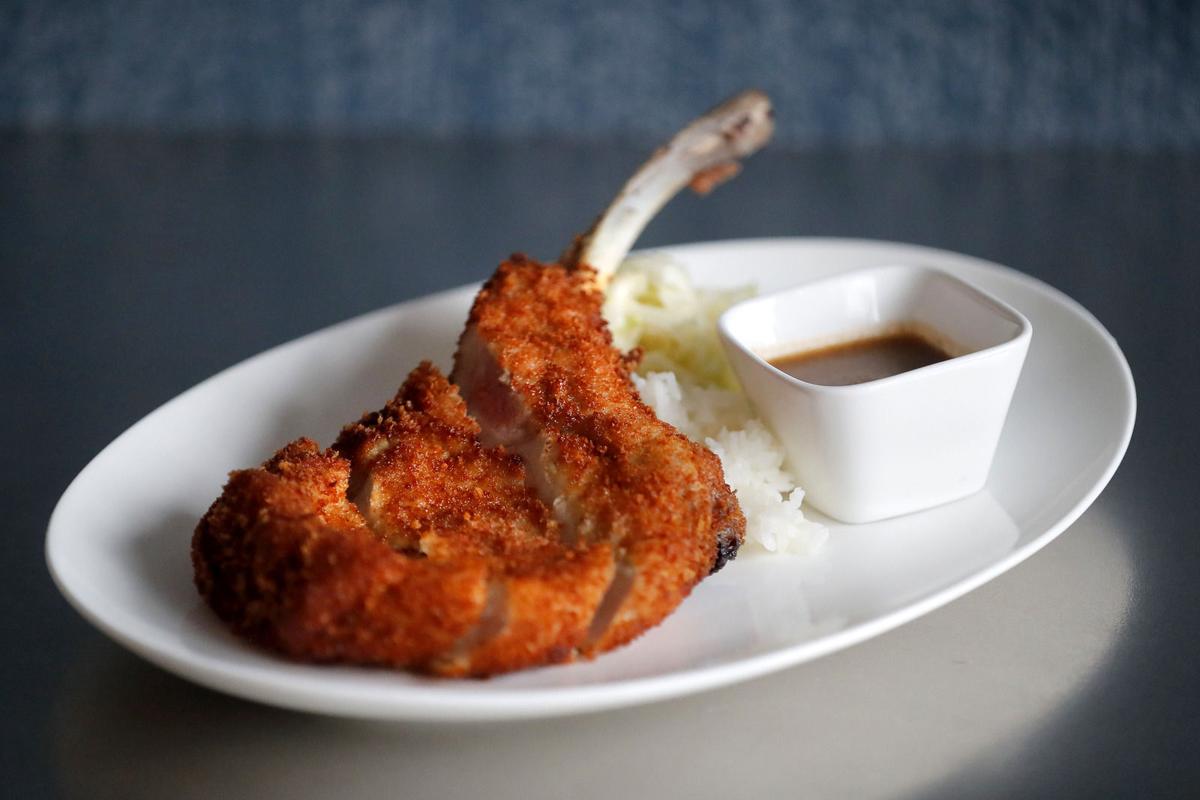 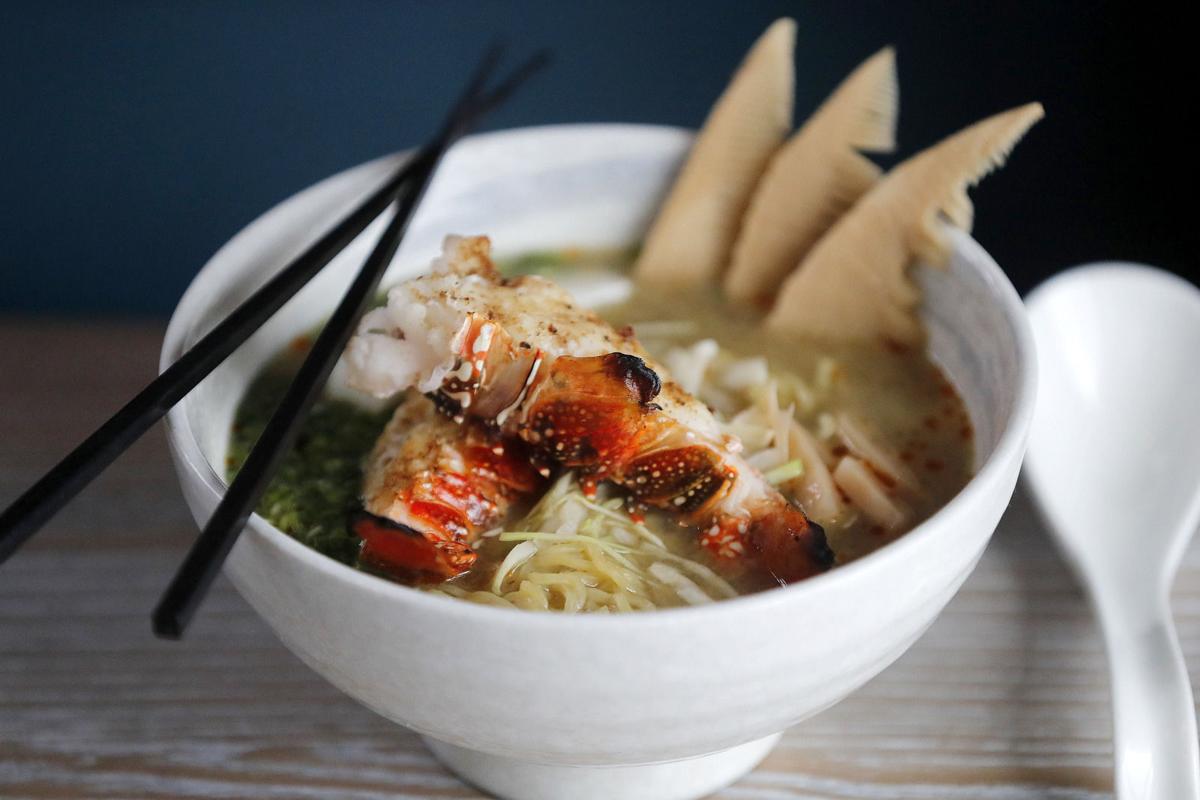 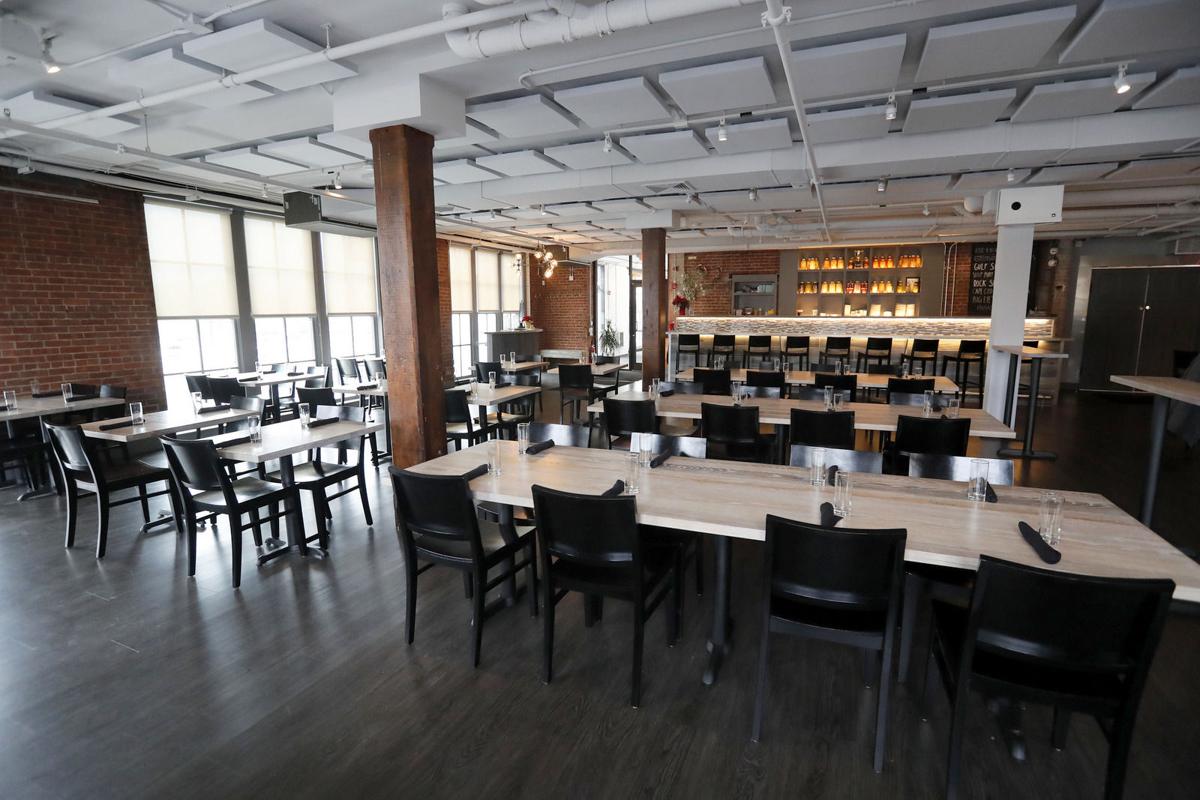 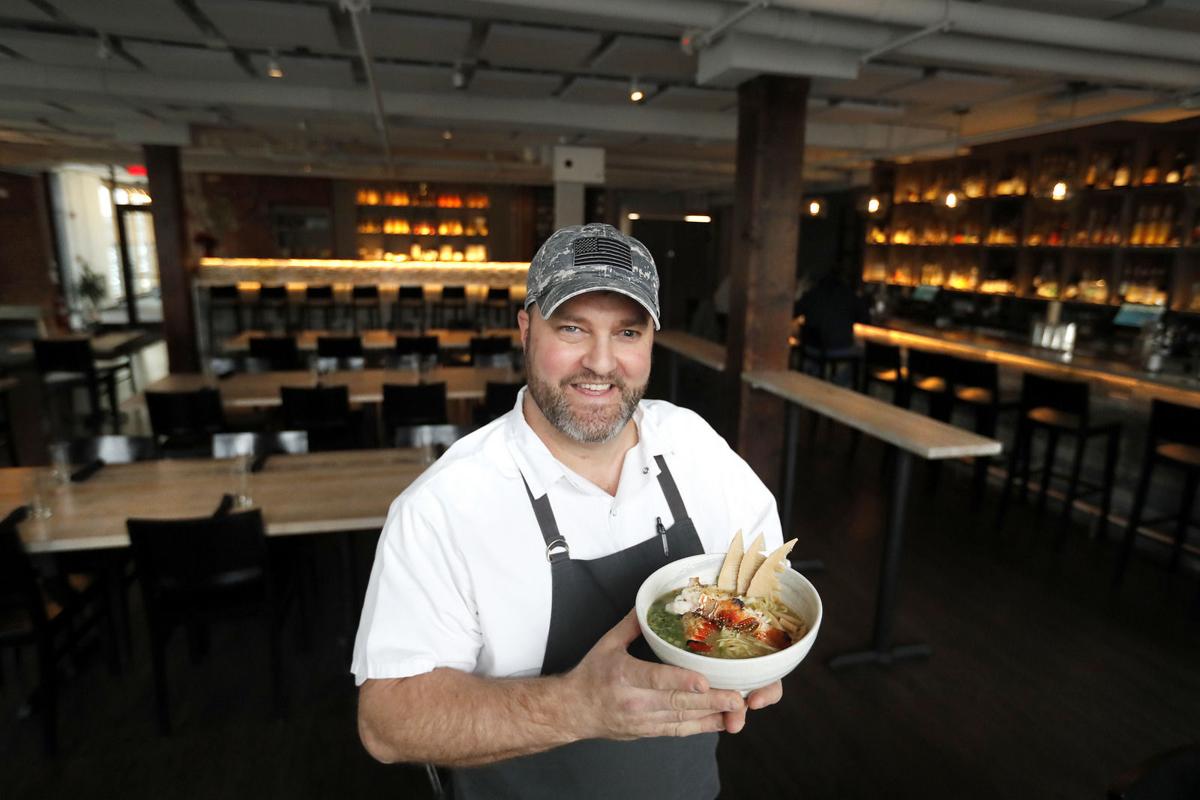 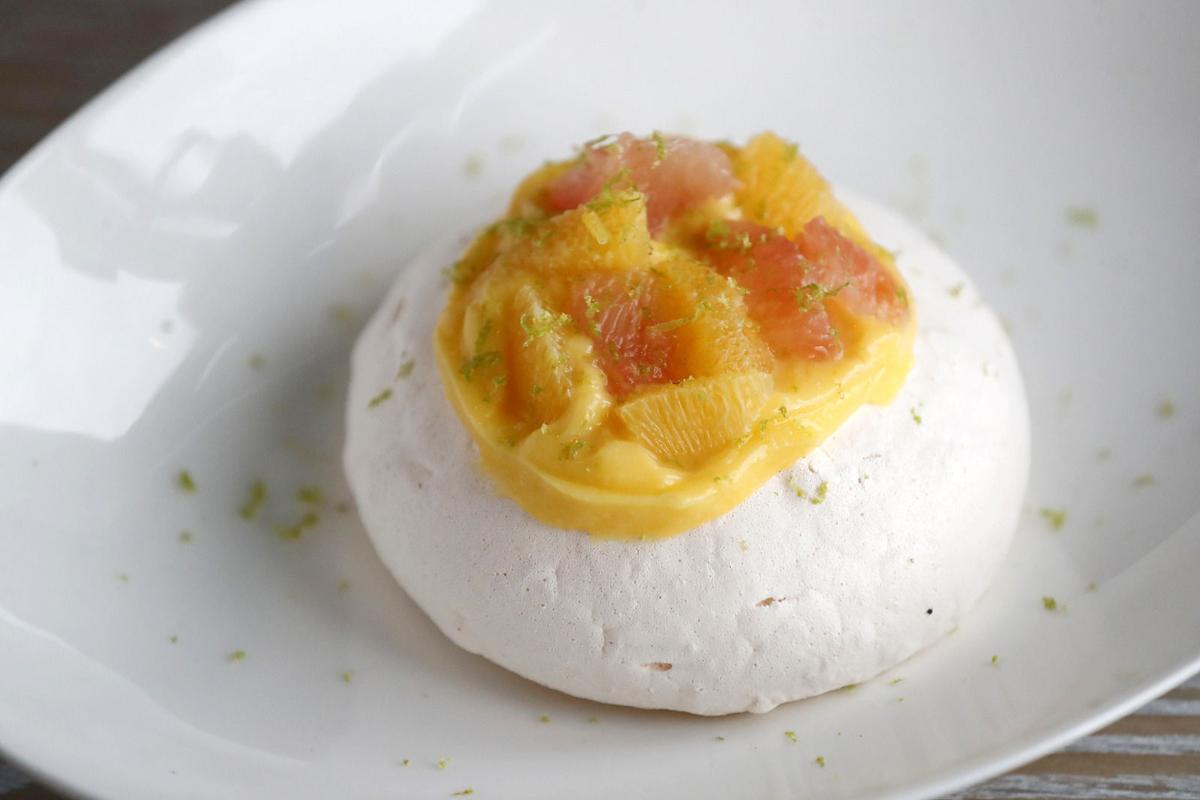 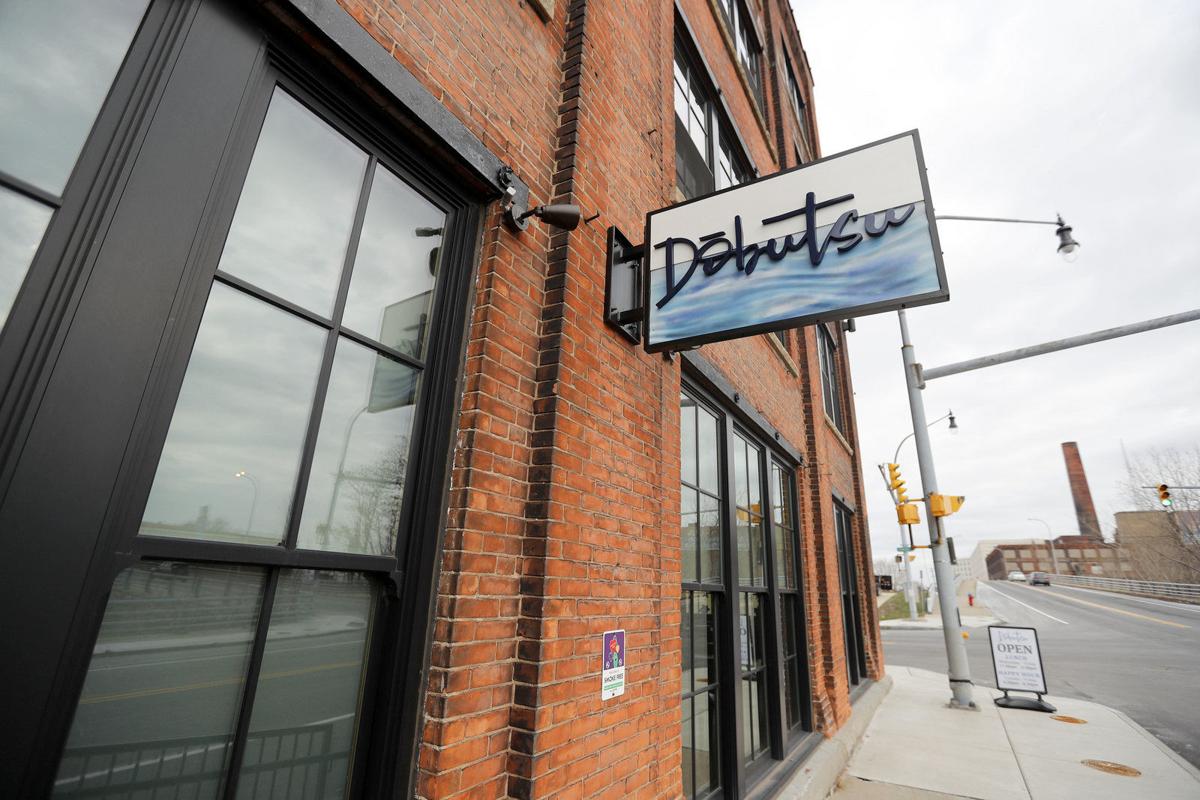 Dobutsu, which means "animal" in Japanese, is James Roberts' new Seneca Street restaurant, a place to share what he wants to eat. (Mark Mulville/Buffalo News)

Growing up here has its blessings. The prospect of getting snowed in is a dream, not a nightmare, ever since the Blizzard of ’77 gave me two uninterrupted weeks to craft snow forts that, in memory at least, rivaled “Lord of the Rings.”

A downside was a stunted relationship with seafood. Lake Erie fish were poison. Store-bought fish was expensive enough that a foul fillet from a careless seafood counter would send us back to canned tuna and fish sticks. Thus a proper fish fry became the pinnacle of my childhood seafood pyramid.

Professional eating has broadened my horizons considerably, but judging from our menus, many of us are loath to sail past familiar landmarks: salmon, tuna, swordfish. That makes Dobutsu great news for Buffalo seafood lovers. Besides satisfying meat options, it reintroduces familiar fishy friends in beguiling new ways.

The second restaurant from Toutant chef-owner James Roberts is set in a corner of a former industrial building on Seneca Street, redeveloped into lofts and office space. Its huge parking lot, a stone’s throw from the highway, offers a choice: scramble up a steep slope and risk face-plant? Or walk the long way round?

Inside, you may cringe at another repurposed industrial space, until you notice the peace and quiet. Extensive sound engineering since its May opening has produced one of the most conversation-friendly rooms in town.

Roberts remained in the dining room after spotting me, letting his kitchen brigade, led by sous chef Dustin Swaciak, cook our dinner.

The menu is Pacific Rim influenced, with Hawaiian and Japanese dishes, plus originals. Tables can also go omakase, choosing a price per head and putting themselves in the chef’s hands. Roberts sources seafood from around the world, including esoteric stuff, but the night I visited standards dominated.

When were you last impressed by a piece of salmon? For me, it was when I tasted deftly grilled Nova Scotia filet ($26) over a crunchy yam cake, pointed up with creamy acid from toasted yogurt, garlicky chimichurri with a heady herbal bouquet, and sparks of preserved lemon.

Another standby seafood delivered from cliché was swordfish ($29). Gently grilled until just opaque, it was joined by turnips, roasted cippolini onions, apples and candied lardons of house-made bacon for an engaging winter warmer.

Ramen, Japanese noodle soup, is of the light and clear style, not the heavier gravy-ish varieties. There’s roast pork ($16), roast chicken ($16) and a vegan version ($14) that shows vegetables can produce stock of impressive depth. With enoki mushrooms, spicy cabbage, corn and shredded carrot atop springy noodles, it’s one of the best vegan soups in town.

Even more remarkable was the lobster ramen ($20). The lobster flavor was crystal clear, faintly chartreuse from tomalley, revved up with a lick of Hatch chile heat. A precisely grilled split lobster tail drove the point home with its firm-but-tender richness. Korean radish batons contributed crunch, and bonito butter finished a peak soup experience.

Yet it would be wrong to call Dobutsu a seafood restaurant, because you can eat land-based cuisine there for days. A huge pork chop pounded out and fried crispy, tonkatsu style ($29), is big enough to share. It’s served with shaved cabbage and house-made sweet-savory spiced dipping sauce.

A few dishes could have used fine-tuning, like a dish of chicken wings ($6) going soft in a sweet-and-sour Szechuan sauce. Brussels sprouts ($7) with ham and XO sauce also lacked the crispness of its description.

Our young server had the unenviable task of serving a known critic with her boss watching. She didn’t commit any service felonies, but confused orders, then asked if we wanted more drinks before leaving the empty glasses behind. She did clean the table when I asked.

Dessert was the cherry on the sundae, thanks to a slate of $6 treats from pastry specialist Emily Banko that make Dobutsu a destination sweets spot.

Rice pudding, almost fluffy instead of sludgy, was bruleed to a glassy burnt sugar crust, next to charred apples for compelling contrasts: light and dark, sugar and smoke, caramel and fruit. Carrot cake was plated like modern art, with triangles of cake interspersed with toffee shards and cream cheese frosting over brilliant carrot caramel. A feathery pavlova was the bassline under a citrus quartet, with fresh grapefruit and orange supremes on lemon curd, under a lime zest shower.

Its fresh approaches to familiar fish, focused Pacific Rim takes and meaty pleasures puts Seneca Street on the Buffalo dining map. At Dobutsu, you can approach satisfaction by choosing your own path, Paul Revere style: one if by land, two if by sea.

Weekly pop-ups will run until Khoshmazeh Afghan Cuisine open its own space and act as an introduction to a cuisine unfamiliar to most Buffalonians.

"I think of food not as something boring," owner Zahid Rahimi said, "I think of it as a fun, cultural thing."

Dobutsu, which means "animal" in Japanese, is James Roberts' new Seneca Street restaurant, a place to share what he wants to eat. (Mark Mulville/Buffalo News)