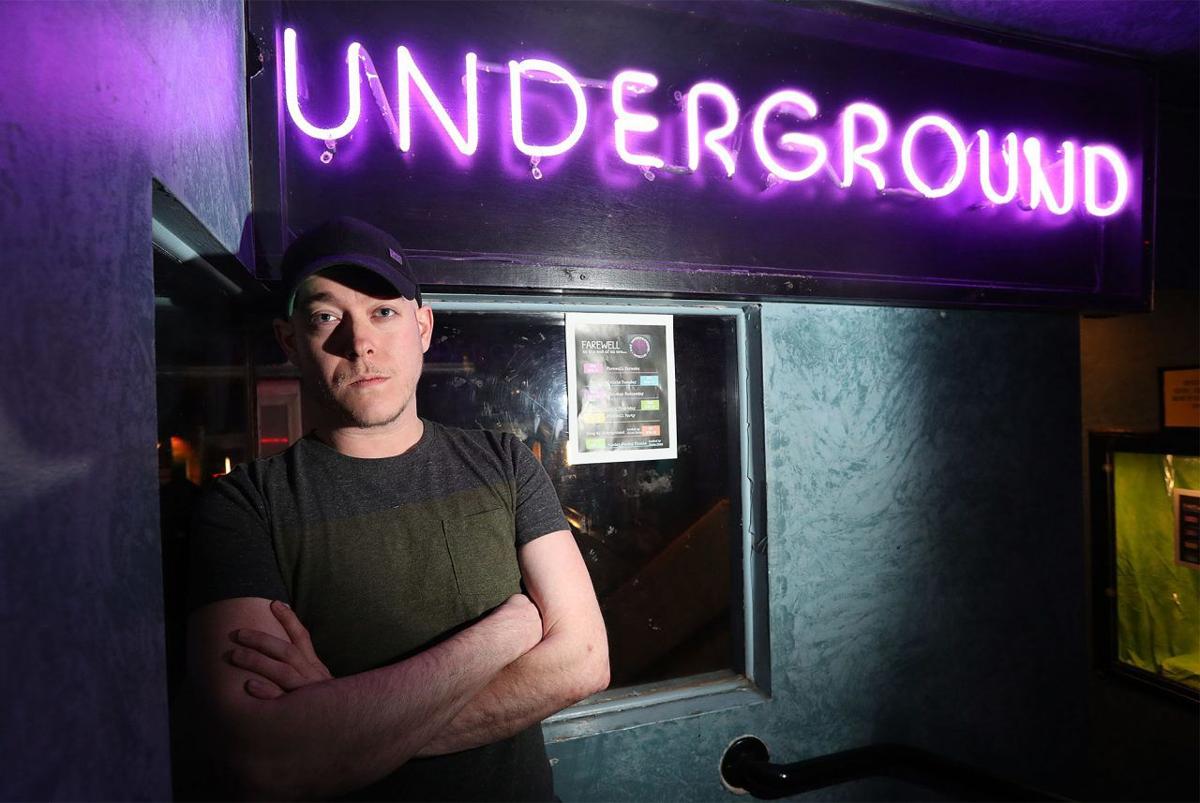 Nick Tiede, owner of the Underground Niteclub, plans to reopen the bar after a federal agency reversed its decision to shut it down. (Sharon Cantillon/News file photo) 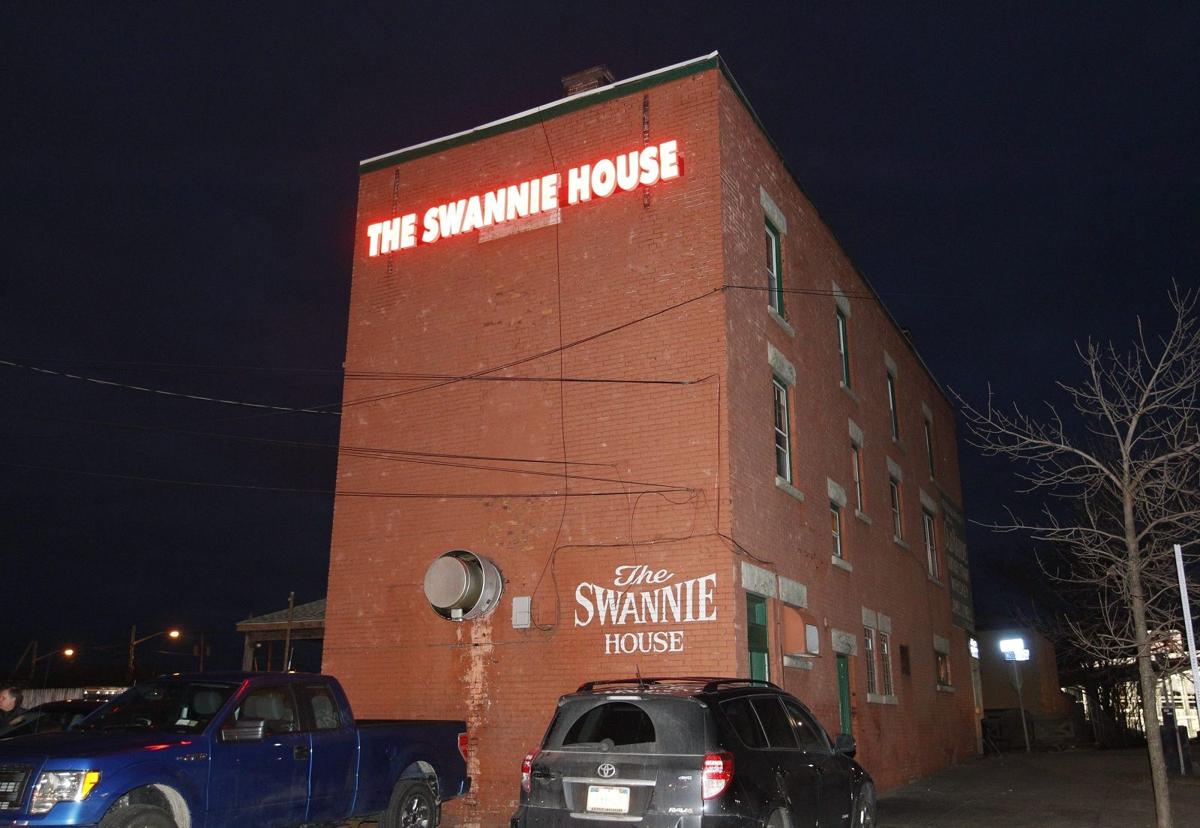 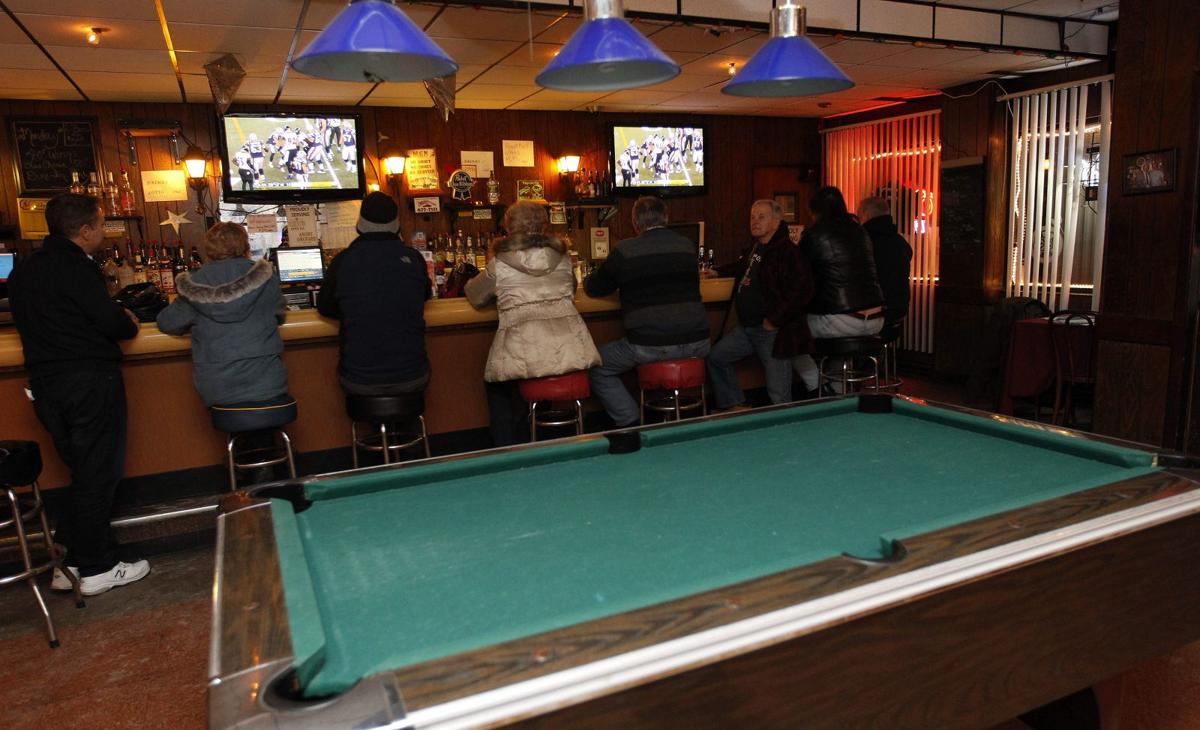 At the jet-black hooded Mr. Goodbar on Elmwood Avenue, my wallet admired the day's specials, which included buy-one-get-one appetizers and even-cheaper-than-normal, cheap beers.

"Goodbar's got a distinct smell to it," my friend said. And it does. Not a bad one, just a mixture of the fried mozzarella sticks I ordered and decades of spilled beers. He once left his jacket there and for weeks it smelled like the bar that is everyone's (and their parents') favorite dive.

What makes a dive a dive is debatable. Some argue that dives are dirt-cheap and that that's not always where the dirt ends. Others consider a dive anywhere that doesn't offer craft cocktails or boast a living wall and candles on each table, remaining a traditional, dim-lit beer and well drink watering hole.

Urban Dictionary defines a dive bar as "anything from a comfortable-but-basic neighborhood pub to the nastiest swill-slinging hole."

Knoefel Longest makes the argument in Eater that the thing a dive bar lacks is the effort.

"You see, your true dive bar is not really making one. Or much of one. Or, perhaps a bit more generously, is not making much of an effort beyond the minimum required to service its guests with drinks," Longest writes.

Given Mr. Goodbar's extensive craft beer list, by some definitions, it doesn't fall into the schema of dives.

But similar elements, such as the diverse ages of customers, no-frills atmosphere, stickers on nearly every surface and decades-old posters  on the walls, place Goodbar in the same category as the rest of these lovable pubs.

While they all have a few common denominators, each is decidedly unique. The small lights strung across the top of the mirror become familiar, the sticky floors become charming and the strong, inexpensive well drinks start to taste OK.

Buffalo is built on dive bars. We're a drinking town. We need to be. Which also means they're a dime a dozen around here. The bars below are highlighted as neighborhood favorites from their slightly dingy floors to their insanely inexpensive drink specials.

The Hertel Avenue staple is not quite as "divey" as it used to be, with its renovated exterior and twinkle-light-strung back patio. But by the above definitions, Del's is still a dive. The cramped bar area -- crowded because it's a Thursday-Friday-Saturday night hotspot -- cheap drinks and retro bar games contribute to its dive status.

What would a Buffalo dive list be without The Pink? Distinctive by its electric green-flame covered outside, and red-lit, punk-sounding, steak-sandwich-smelling interior, the bar is as shabby as any other dive, all while packing a full crowd every weekend night.

An odd conglomerate of items lines the bar's ceiling and walls, each eccentric and photobomb-making. After worming your way to the bar for an inexpensive drink, head to the back to play foosball, pool, darts, beer pong or flip cup.

Every weekend, people take mirror selfies in its pink, graffiti-ed bathroom. It's that kind of dive.

For nearly 40 years, Underground has been a staple bar for the LGBTQ+ community. After recently closing for a few months, the nightclub is back open and even boasts a fresh coat of paint. Now, visitors can return for more photos with its popular Marilyn Monroe statue or to croon at its weekly Monday night karaoke.

Rock down to the tiny, hole-in-the-wall for a beer and pinball. On a weeknight, expect a quiet crowd. But the chameleon-like pub transforms into a nightclub when there's a DJ around, with colorful lights and upbeat music.

Many visit Tudor Lounge to hear a band or drunkenly sing karaoke on the bar's raised twinkle-lit stage. The friendly, non-judgmental atmosphere makes it a perfect spot to perform your rendition of a Christina Aguilera song while sipping a cheap well drink, or three.

Drinking itself can become dull and monotonous. Weekend after weekend, you're standing around a bar, drinking a beer, and repeat. So switch it up and throw bowling into the mix at nostalgic Voelker's.

For over 100 years, bowlers and drinkers have been marrying the two "sports" together at the bowling lanes, spinning heavy bowling balls down long, glossy lanes.

[Related: 100 Things Every WNYer Should Do At Least Once: Bowl at Voelker’s]

"Greatest place in Buffalo. All the Labatt Ice you can possibly handle," Corey M. wrote about Black Dog's Tavern in a Yelp review in 2017. Having a lot of beer is necessary for the function of bars in general, but having a lot of cheap beer is an absolute necessity for dive bars. With drop ceilings and stickers baring inappropriate sayings, Black Dog's is a neighborhood favorite.

Again, Goodbar is debatably a dive. There are elements of one, from darts and pool to the signature smell of spilled alcohol and fried foods. But there also are clues that it's more of a sports bar or a music venue or a place you could bring out-of-town relatives.

Even still, the decades-old Elmwood Avenue mainstay is one of the cheaper watering holes along the strip.

Often referred to simply as No Name, the bar with a barely visible name resides on the corner of Bidwell Parkway and Elmwood. With views of both the park and bustling Elmwood village, McGarret's is a plain-looking bar that boasts live music, pool and strong drinks.

In its signature red-paneled building, the pub stands out on the street, drawing eyes followed by patrons inside. Once inside, it feels like the personal basement bar of an old collector, with license plates and decades-old pictures hung on the wallpapered walls.

Outside Swannie House, you'll almost always find a group sitting on its front sidewalk patio chairs, staring you up and down as you approach the bar's door. Once inside and in possession of a cold gin-and-tonic, the quaint bar is a boisterous setting, perfect for having a drowned-out-to-others private conversation.

Perhaps you're sticking around in Larkinville after attending an event at Larkin Square or maybe looking for somewhere inexpensive to pregame at before heading to dinner at Hydraulic Hearth. Or maybe you just want a PBR and some mozzarella sticks on a Tuesday night. Marinaro's has cheap drinks, sure, but also a bargain food and appetizer menu that won't have you denying several apps with your friends.

Known around the area as a quintessential corner dive bar, Murph's is a bar you could spend the night at without ending up with a regrettably sized bar tab. On Wednesdays, hear live music while eating their famous-to-the-locals chicken wings, which are the classic Buffalo drinking food. Well, that and a Jim's Steak-Out stinger sub.

Some people prefer their chicken wings in traditional hot sauces or barbecue. How boring. Hotel Dalmatia doesn't just stop there. Boasting more than 30 wing flavors, the options are original and fairly limitless. For example, try some jelly-flavored wings covered in peanut butter sauce.

Chug your beer and focus on the food at this dive, because it's your only chance to try lavender wings, or wasabi ginger wings, or bacon ranch wings. Oh, and it's not a hotel. So go home after.

[Related: Dalmatia is a great hangout]

Fletcher's will remind you of an estate sale, or your dad's garage or your grandparent's basement, in the best way possible. A jukebox will help set the mood while you spend the night slinging back cheap shots. A family owned neighborhood joint, it's the kind of place where everyone knows everyone, so get ready to make some new friends.

Nick Tiede, owner of the Underground Niteclub, plans to reopen the bar after a federal agency reversed its decision to shut it down. (Sharon Cantillon/News file photo)