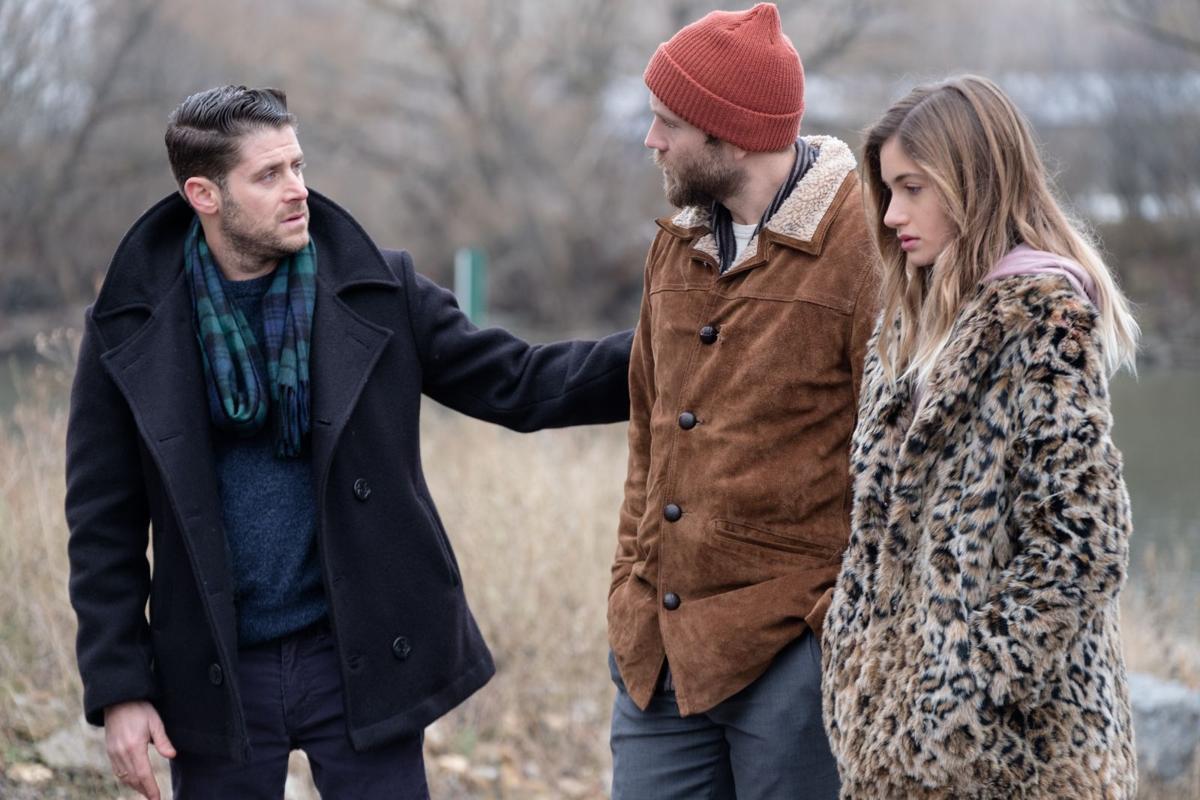 Director and actor Jon Abrahams, left, co-star with Mark Webber and Nicole Elizabeth Berger in the Buffalo-made film "Clover." It is the second movie Abrahams has shot in Buffalo. (Freestyle Digital Media) 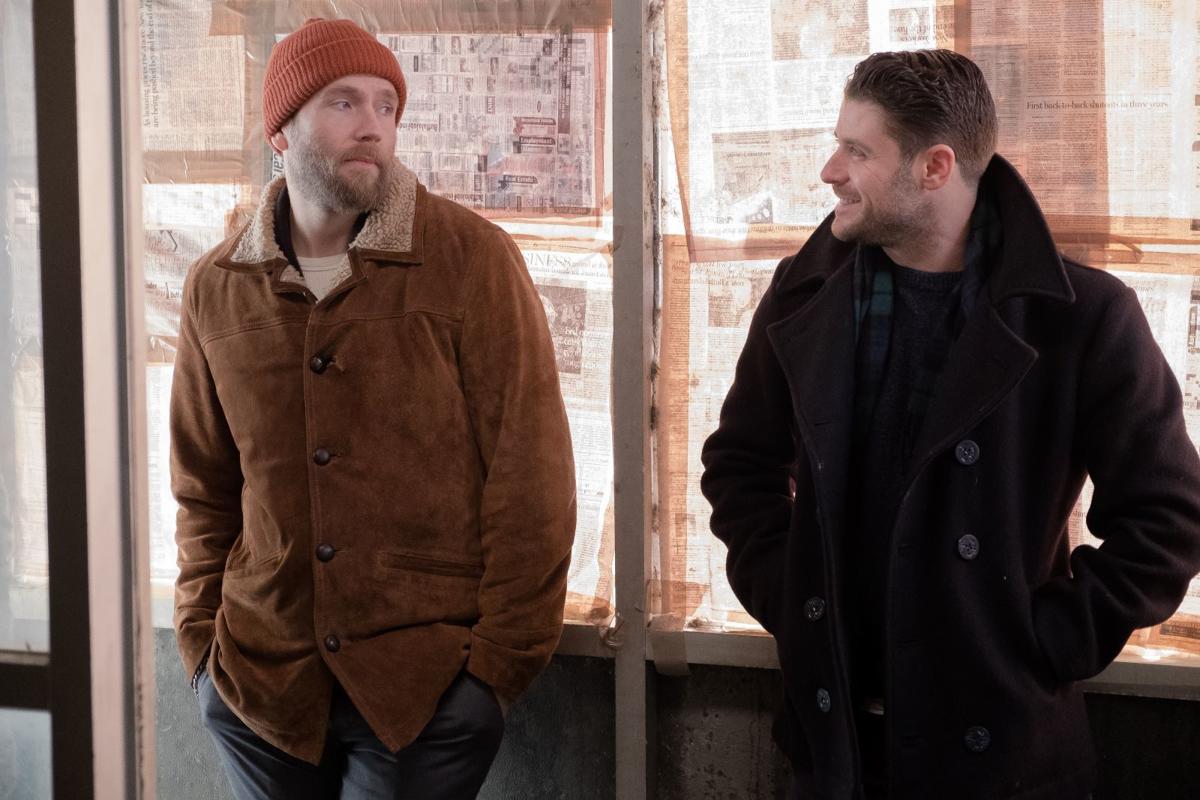 Mark Webber, left, and Jon Abrahams are a likable pair in "Clover." The Buffalo-made film includes a cameo by The Buffalo News (see pages taped to window). (Freestyle Digital Media) 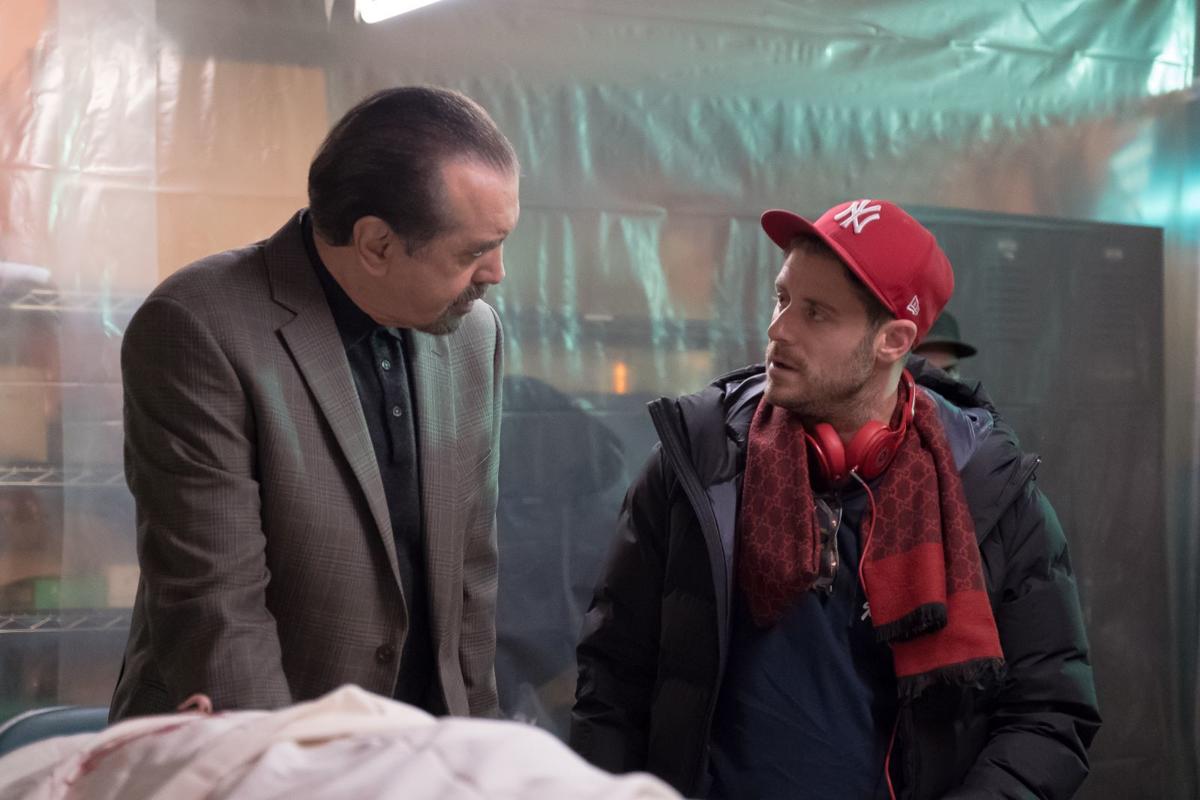 “Clover” is an overly familiar crime drama about two brothers in debt to a brutal gangster and on the run. But there is a twist — if you’re a Western New Yorker, that is. The film is set in Buffalo, and is full of glimpses of real locations.

In other words, this is no Toronto-as-Buffalo production. (I’m looking at you, “Buffaloed.”) In “Clover,” Buffalo plays itself.

This is likely thanks to director/co-star Jon Abrahams, who is best known as the younger brother in “Meet the Parents.” Abrahams’ first film as a director, a post-9/11 drama called “All at Once,” was also shot and set in Buffalo. (That film is available to stream on Amazon Prime.)

After now directing a second film shot and set in the Queen City, he’s practically an honorary Buffalonian. It’s a shame, then, that “Clover” is nothing special. What’s special, however, are the locations — everything from the Summer-Best Metro Rail station to Voelker’s bowling alley.

The movie was originally scheduled to be released in theaters nationwide — including Dipson Theatres — on April 3. In a nice bit of serendipity, the film is now available for home viewing as a 48-hour rental through Dipson Theatres (dipsontheatres.com) for $6.99 — less than the price of a cinema ticket — or to buy at $12.99. While unrated, it is the equivalent of an R-rated black comedy, with some gruesome violence and an abundance of expletives.

On paper, “Clover” may call to mind cult classics like “The Pope of Greenwich Village” and “Boondock Saints.” In actuality, it’s more reminiscent of the many sub-Tarantino crime flicks to emerge in the wake of “Pulp Fiction.”

Any thoughts of “Clover” reaching the heights of Tarantino dialogue are extinguished within the film’s opening moments, as Ron Perlman (“Hellboy”) opines about wolves, and the order of nature. Like many scenes in “Clover,” it runs too long and ultimately leads nowhere. (Although a photo of Perlman’s mob boss with Donald Trump is a nice touch.)

Things liven up when amiable screw-up Jackie (Mark Webber) enters the picture. He and his brother, Mickey (Abrahams), run the family bar. But Jackie’s blackjack skills, or lack thereof, put both brothers in debt to a gangster (Chazz Palminteri).

Soon, a hit goes wrong, the brothers become saddled with a teenage girl, a duo of assassins starts following them, and much bloodshed ensues. Minus a late-film twist, there are few surprises in the script by Michael Testone, who also wrote Abrahams’ “All at Once.”

The plot summary might sound cliche-ridden — and it is. What makes “Clover” fresh, though, is its use of Buffalo locations. Elmwood Avenue mainstay Voelker’s — under a different name — is the home base of Palminteri’s mob boss.

Delta Sonic and the grain elevators make appearances. The Central Terminal is the site of an action scene. This elegantly decayed landmark is both pretty and ominous here, and Abrahams uses the setting wonderfully.

And if ever you’ve longed for a “Carlito’s Way”-style subway chase set on the Metro Rail, “Clover” has you covered. There’s something delightful about seeing an NFTA “Rider Alert” in a legit film.

Beyond the locations, the cast of “Clover” might be its most noteworthy element.

The likable Webber and Abrahams are a cheerfully antagonistic pair, even battling while being hunted by assassins. The relationship is rote but believable, and Webber, especially, is well-cast.

Palminteri and Perlman make an impression in small roles, and other recognizable actors pop up, including Erika Christensen ("Traffic") and Jessica Szohr ("Gossip Girl." It’s a solid B-movie cast stuck in a standard B-movie storyline.

“Clover,” then, is weak but watchable — an occasionally compelling film that proves Abrahams knows how to direct actors and frame action. For house-bound Buffalonians seeking an evening’s entertainment, it’s worth the $6.99. But just barely.

Director and actor Jon Abrahams, left, co-star with Mark Webber and Nicole Elizabeth Berger in the Buffalo-made film "Clover." It is the second movie Abrahams has shot in Buffalo. (Freestyle Digital Media)

Mark Webber, left, and Jon Abrahams are a likable pair in "Clover." The Buffalo-made film includes a cameo by The Buffalo News (see pages taped to window). (Freestyle Digital Media)