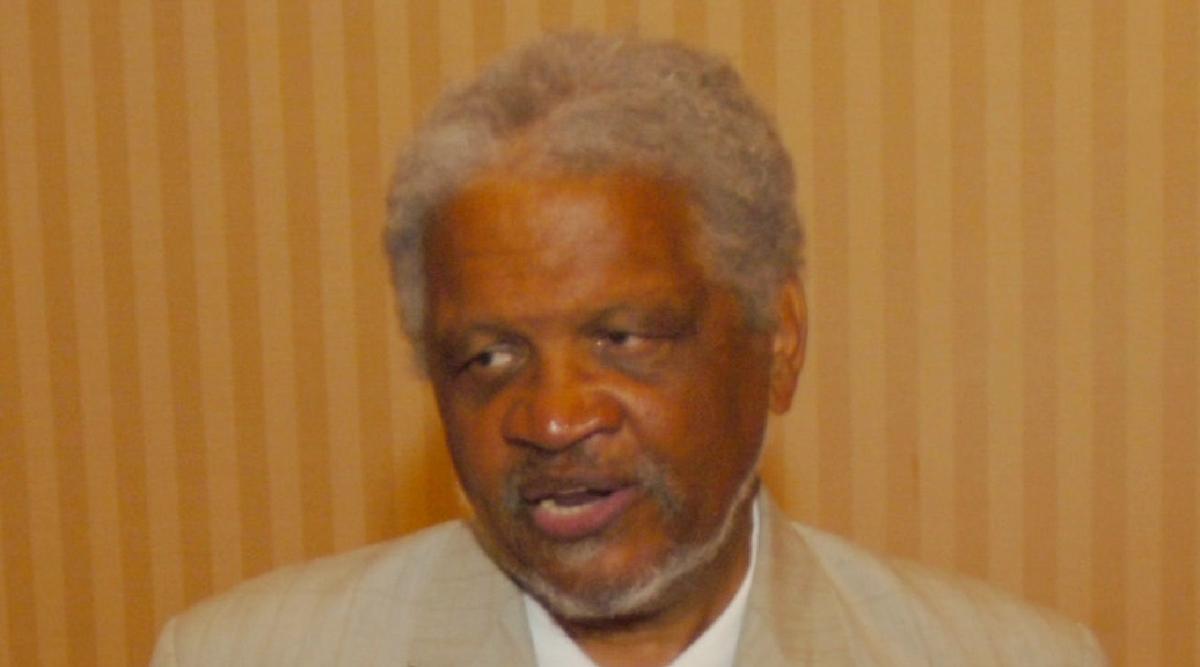 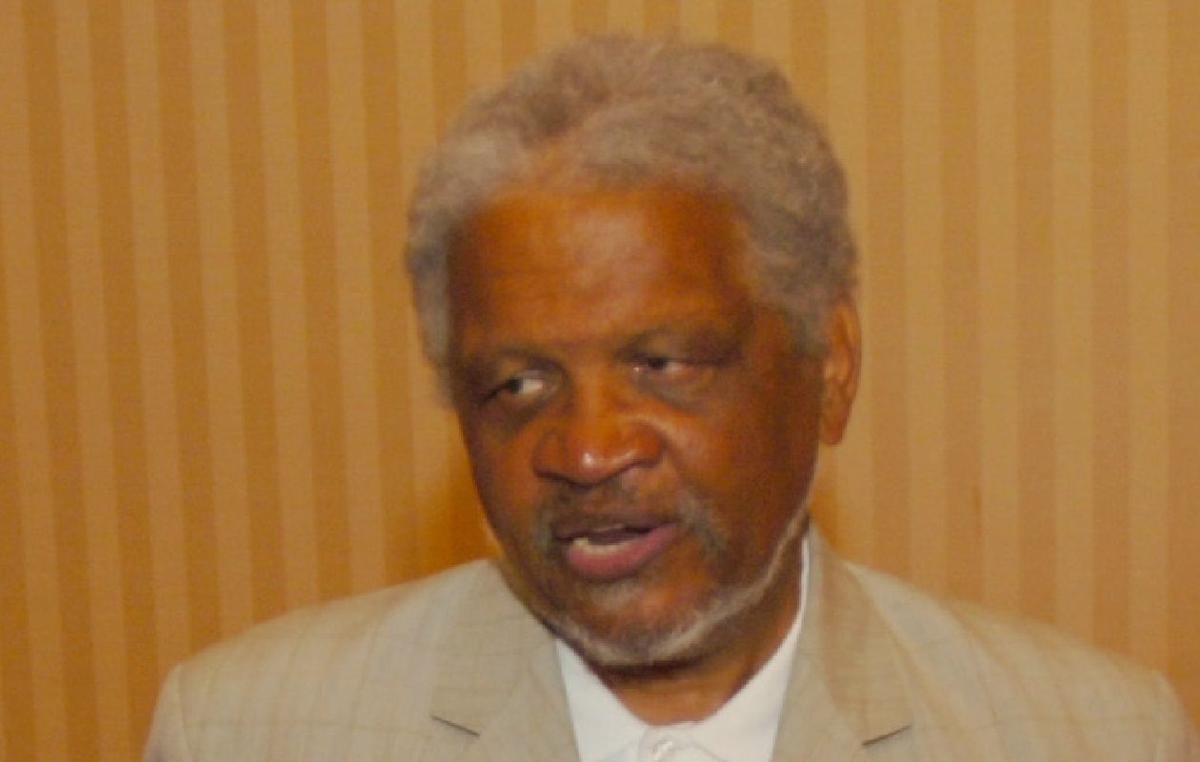 I love driving down Washington Street in Buffalo's Theatre District.

What I love about it is the result of a small and seldom remarked public art project from the Just Buffalo Literary Center that's called "Lit City." It's a series of 15 plaques commemorating 15 writers who either came from Buffalo or who spent a significant period of writing life here.

It's just about the most idiosyncratic list to be found anywhere. The heroically idiosyncratic Mark Twain, for instance, is on it despite spending only a couple years here after he got married. That isn't much time, but then while he was here he edited a local newspaper (The Express) and wrote a lot.

Some will no doubt agree with me about the biggest omission from the list – Leslie Fiedler. I'll grant you heavyweight literary critics aren't most people's idea of "writers," but Fiedler was not only the author of "Freaks," one of the most remarkable books of its era (and, thereby, a reason for him to be on late-night talk shows), but was also the one writer who engaged with hostile local authorities in the most dramatic way.

The problem, as many will remember, was a trumped up charge of allowing (horrors!) marijuana in his Morris Avenue home. In California and Colorado of the 21st century, that would, if true, make him a cultural hero along with Willie Nelson. But the charges against Fiedler were eventually dismissed after a painful period of time. Just Buffalo has never been able to get permission to use Fiedler's image from his family. That, according to Just Buffalo, accounts for his absence.

Among the many things I love about those plaques on the street is how welcoming they generally are to some thorny and downright troublesome writers – Manny Fried, whose career as a playwright emerged after much political persecution; the gloriously congenial Raymond Federman, an apostle of some of the most readable avant-garde literature anywhere (see "Take It Or Leave It"); and Ishmael Reed, who is, at 81, probably the oldest American literary problem child extant. He is, in many ways, the purest literary troublemaker we currently have.

He grew up on Buffalo's East Side and went to UB (with the result that Fiedler became an early champion). After a couple books came his great novel "Mumbo Jumbo," a wild omni-satire that is one of the most antic and remarkable books of its experimental era. It still is.

Let me confess I have a long personal relationship with Reed. Though I'd never be presumptuous enough to call him a friend, I'd always be delighted to admit having fond feelings for him personally and, especially, for his professional life. Even on those rare occasions when the indefatigably touchy writer publicly found this sympathetic critic less than impeccable, a waspish letter to the editor about me wasn't going to change my opinion.

Twice in our lives, we intersected significantly. In the '70's, News poetry editor William L. Morris drove Reed and me to the Attica Correctional Facility, and both of us participated in Morris' Attica writing class. In 2014, I did a public interview with Reed at the Burchfield Penney Art Center, which was highly enjoyable – at least for me it was.

Reed is currently publishing a new collection of essays from the Montreal company Baraka Books. It's called "Why No Confederate Statues in Mexico" (292 pages, $24.95 paper). Short answer to title question: Mexico was significantly anti-slavery. It is a splendidly feisty, even cranky and incorrigible, sampling of state-of-the-art Reed in his 82nd year on earth.

In a book that is arresting on almost every other page, one essay startled me above all: a characteristically blunt and pitiless account of his own submerged literary career and his being "Buried Alive" as a novelist.

"'The Terrible Twos', which was published in 1982 covered the rise of Ronald Reagan, which I saw as a threat to minorities and the poor. Though the novel was praised by the late John Leonard (onetime editor of the New York Times Book Review) it was subjected [to harshness] elsewhere. ... My novel 'Reckless Eyeballing' challenged the more extreme views of the bourgeois feminist movement. That Emmett Till, who'd allegedly whistled at a white woman, was just as guilty as the men who murdered him."

What Reed won't put up with, is, in the words of critic C. Leigh McInnis, "the depiction of black men as boogeymen."

What he now says in 2019 is, "I have survived because I created a strategy that was based on the treatment of those writers of the 1940s and 1950s and black writers who didn't seek the approval of the mainstream audience."

After the roasting of "Reckless Eyeballing," he says, "I decided that never again would my career be placed in the hands of whichever white constituency that black writers had to please at any given time." So, he now says, "I went global."

He writes plays, not novels. They are performed worldwide. These essays that, as always, take on, as targets, objects of veneration for others.

To his former lambasting of David Simon's "The Wire" on HBO, Reed has now added a play called "The Haunting of Lin-Manuel Miranda," whose historic Broadway smash "Hamilton" he calls, "brilliant show, bad history."

On his play, Reed says, the purpose is "to give voice to those who are omitted from 'Hamilton' – slaves, indentured servants, Native Americans and Harriet Tubman."

I can't wait for the beginning of November when, for the first time, Hollywood tries to engage in a major way with Tubman, one of America's clearest-cut heroines. The movie, called "Harriet," will open here Nov. 1. I await eagerly Reed's view of it.

Meanwhile, there is Reed's always-bracing and readable book that begins with an introduction about black oppression that could be used as the outline of a yearlong course at Harvard (where Reed has taught briefly).

It ends with an antic fantasy of Mike Huckabee meeting Beyonce. But, before that, is a little piece that is outrageous in Reed's most winning deadpan way: a proposal that, amid the "warriors" on Mount Rushmore, he'd like to see room made for, yes, Warren G. Harding, who made a speech "supporting the right of black men to vote" in 1921 (as well as wrote "smoky love poetry").

A sample of which Reed smokily includes.

"We have," he says "four warrior personalities on Mount Rushmore. Why not make room for a lover?"

Failing that, it seems to me, readers should always make room for Ishmael Reed.

Beyond 'Hamilton': 10 books on American history you should read

So the hype got to you, you finally checked out "Hamilton" on Disney Plus and now you want to learn everything you can about the influential figures in American history. (You also have all of King George's songs stuck in your head for which there is no cure.) The Tony-award winning musical was inspired by the 2004 biography "Alexander Hamilton" by Ron Chernow and tells the story of one of ...

8 tips for making the most of your reading time

Want to pack more reading into your busy life? Here are some tips.

Books in Brief: Fighting Words by Kimberly Brubaker Bradley; A Wish in the Dark by Christina Soontornvat

Natasha Trethewey took years to write 'Memorial Drive,' about the murder of her mother

CHICAGO - As Natasha Trethewey began to garner acclaim for her poetry - notably winning the 2007 Pulitzer Prize for her collection "Native Guard" - news reports often mentioned the murder of her mother, Gwendolyn Ann Turnbough. Trethewey, who was 19 when her former step-father shot her mother to death after years of abuse, never intended to write about this devastating event. But she has ...

A reminder: Many local indie bookstores are now open (some limited hours) and/or offering curbside/mail service. Support a local business and get yourself a new paperback! Here are six just out, all potentially intoxicating: "Find Me" by Andre Aciman (Picador, $17). This bestselling sequel to "Call Me by Your Name" (which also became a lushly gorgeous movie) reunites the characters of the ...

In "The Living Dead," a new novel, the late George A. Romero explores the bigger world of the mayhem he begat in his 1969 film, "Night of the Living Dead." But Romero - who died of cancer in 2017 - did not finish the book. Chicago author Daniel Kraus picked up the threads of his partial manuscript and, using the horror auteur's notes and an unearthed short story, finished "The Living Dead." "I ...