'Buffaloed' slimes us again but at least this time with some warmth, candor
0 comments
Share this
Support this work for $1 a month
1 of 2 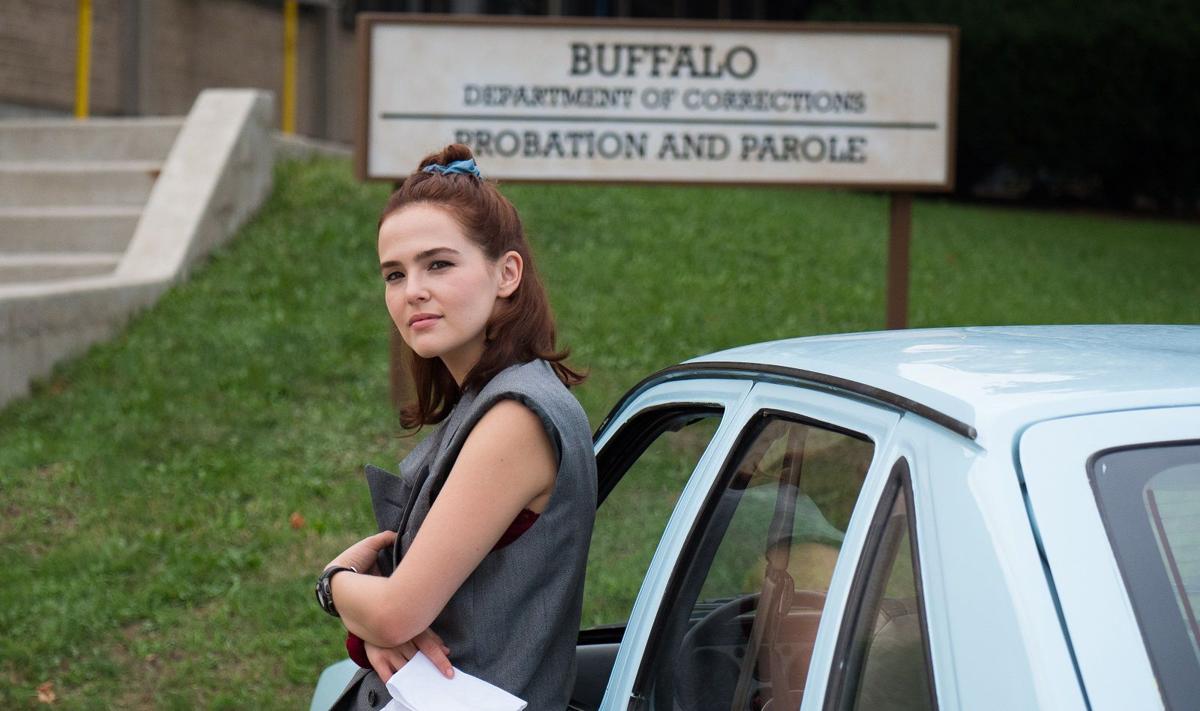 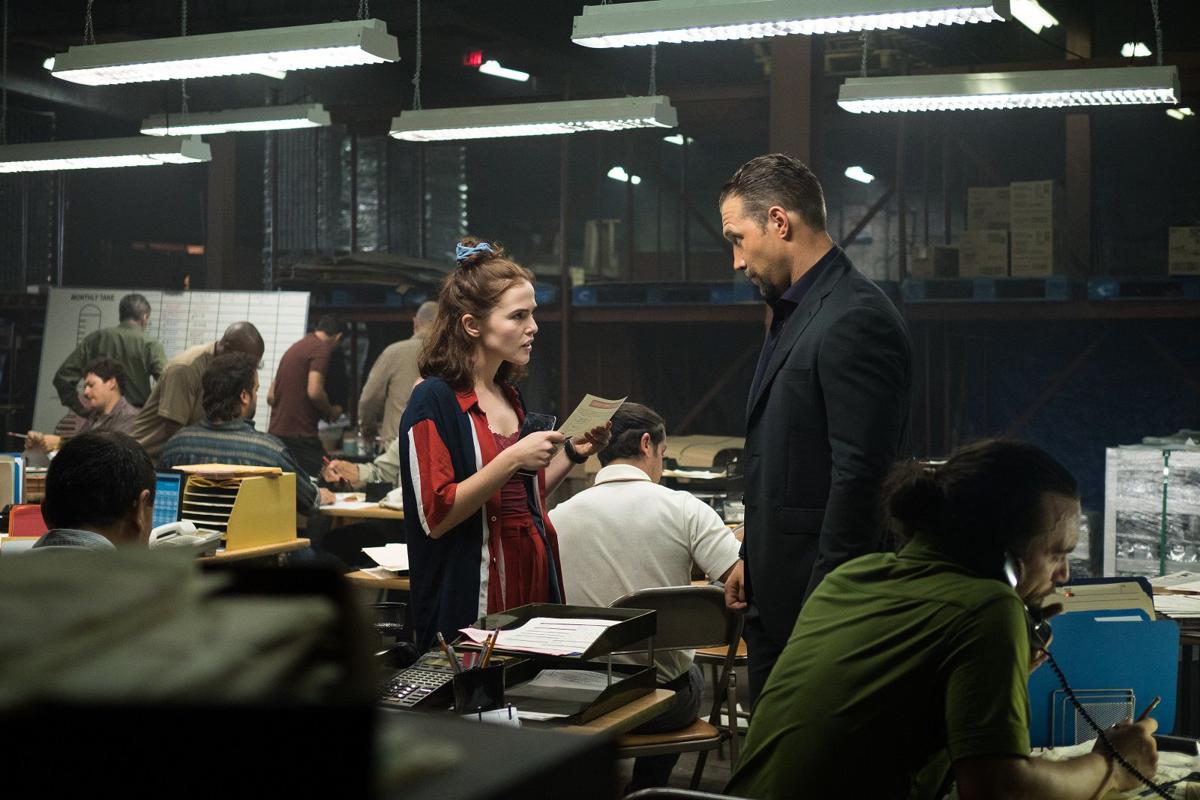 "Abusive phone calls and name calling. Daily embarrassment and harassment, threatening of arrest or jail time if you don't pay up. The reality of living with anxiety, financial distress and bad credit..." It's a consumer trial that's "the worst of the worst."

"This form of debt collection has been called the scourge on American society where the lowest of bottom feeders are eager to wring every dollar of profit they can off the debt they bought for pennies. But it's also become one of Buffalo's biggest and least understood industries – and perhaps most embarrassing."

I didn't write that. News financial reporter Jonathan Epstein did when he reviewed "Bad Money" by Buffalo-raised City Honors graduate and Pulitzer Prize winner Jake Halpern about that very business, much of it concerning a Buffalo practitioner named Aaron Siegel, child of pure Buffalo privilege. (His father was prominent Buffalo attorney Herb Siegel. Aaron grew up, as Epstein says, in a mansion on Soldier's Place.)

Embarrassing as that local racket is when competing for recognition as "the worst of the worst" as Epstein calls it, it is with us again bringing sickening prominence with the movie "Buffaloed," opening Friday in the North Park Theatre.

It's now the second time for a peculiar and special kind of Buffalo nightmare and curse – the one where a city's very name is written in bile by an expatriate who grew up here.

The first time that happened was with Bush family consort Vincent Gallo's "Buffalo '66." The film did have very funny moments but it's by one of the most off-putting talents in film. In "Buffalo '66" here was a native son making his geographical revenge as plain as a spring day.

The native son who now brings us "Buffaloed" is Brian Sacca, an actor and writer who is a graduate of Nichols School. He's a TV/movie person who grew up in significant Buffalo privilege, much like my old school friend David Milch, who, before "NYPD Blue" and "Deadwood" grew up on Hallam Road as the son of General Hospital's head of surgery and a longtime prominent figure in the Buffalo Board of Education.

In the case of a Nichols education, that is not insignificant about Sacca, whose script is not based on Halpern's book but whose comedy is completely immersed in Buffalo debt collection as its milieu. The film was made in Toronto, but is so attentive to Buffalo folkways that a decent running gag in the movie is about locals who argue about preferring wings at Duff's or the Anchor Bar.

Director Tanya Wexler is a niece of the late legendary cinematographer Haskell Wexler ("Who's Afraid of Virginia Woolf," "The Conversation," "American Graffiti") and a half-sister of Darryl Hannah.

The movie tries too hard – way too hard – but it knows it's going uphill and it's very funny doing just that. I laughed out loud reasonably often. And I treasured an opportunity to watch actress Zoey Deutch pull out all the stops to give a relentlessly wired lead performance as an ambitious Buffalo kid who wants to do everything possible to escape the financial circumstances that imprison her.

And those circumstances are these: her single mother (Judy Greer, fine as always) runs an unlicensed beauty shop off the books in their house. She's such a smart kid of the streets that there's a fancy Ivy League college that wants her, but she doesn't begin to have the dough to attend.

This isn't at all unusual in America. Getting into this country's elite schools isn't easy, but it's possible. But being able to pay for it without a large scholarship is near impossible. Families drift into crippling debt for life trying.

So one things leads to another in the life of this crazy financial misfit, which leads to a constant scramble for money and a weirdly jaunty four-year stretch in prison – and then, accidentally, the lowest of the low – the Buffalo debt collection business.

Where, of course, a girl with so many brains and ambitions and so few scruples finds herself dueling with Buffalo's scummiest of the scum in the not-so-fine business of debt collection. She's a natural for it and she flourishes.

If the very title of the movie weren't sliming an entire city with one particular stain, it would seem funnier to natives.

As it is, though, I'm more than a little taken aback by the movie's jolliness in following ruthless debt collection and little, if any, significant sympathy for those caught in the grind of financial exploitation and debt.

You can't help succumbing to Deutch – at least I can't. In the young actress sweepstakes (she's 25), she's got a tiger by the tail with this role and nothing in the world is going to keep her from holding on and wrestling it into submission for the sake of star-making guffaws, however obvious.

You'll be pleased to make her professional acquaintance. In fact, in coming years, you're likely to muse "we remember her when..." Whether that, once again, makes up for, having our city slimed by a wounded expat, you'll have to decide for yourself. At least this time – unlike Gallo's revenge – there's some understandable justification. It is, as Halpern first presented in the New York Times Magazine, a very real business presence clinging, like a barnacle, to the bottom here. With Gallo and his Bills-worshiping parents, nothing was anyone's fault really except his own family.

I'm beginning to wonder if a truly great – and very sophisticated – movie couldn't be made about a young person from privilege in a Rust Belt town who's so eager to "make it" and shed any whiff of provincialism that he sells his hometown down the river for cash and all the career points he can. Raw privilege can sometimes be used in dubious ways its wonders to perform.

Maybe I'm crazy, but it seems there's a great movie in there somewhere about another level of financial upbringing altogether.

Inside "Buffaloed" there's a "here I come" performance by a young actress you'll want to remember and some decent comedy by an actor/screenwriter. There's even, on the part of director Wexler, a conspicuous, passing effort to mount a little compassion for economic travail underneath the cynical look at a struggling, formerly industrial city.

How I wish there had been more of that.

If, by the way, the condescension of "Buffaloed" gets to you too much, I can suggest a perfect antitode – Paula Walchowiak's charming and delightful self-published book "The Polish Cleaning Lady's Daughter." She is a poet and, along with her husband, Greg Sterlace, a filmmaker and all-around beloved presence in Buffalo. Her book of essays about growing up in the Lovejoy neighborhood is close to irresistible.

Rickie Lee Jones cuts right to the chase on the first page of the introduction to "Last Chance Texaco: Chronicles of an American Troubadour," her well-crafted and intensely candid new memoir. Its second paragraph reads: "When I was twenty-three years old I drove around L.A. with Tom Waits. We'd cruise along Highway 1 in his new 1963 Thunderbird. With my blonde hair flying out the window and ...

“Eleanor in the Village: Eleanor Roosevelt’s Search for Freedom and Identity in New York’s Greenwich Village,” by Jan Jarboe Russell; Scribner (240 pages, $28) ——— Eleanor Roosevelt’s greatest invention was herself. Born into a society family at the height of the Victorian age, she was expected to be polite, subservient, and silent. Initially, she was. Until she decided to be blunt, ...

Review: 'The Twelve Lives of Alfred Hitchcock,' by Edward White

"The Twelve Lives of Alfred Hitchcock" by Edward White; W.W. Norton (384 pages, $28.95) ——— The cubist approach to writing biographies is here to stay. Like Craig Brown's breathtaking "Ninety-Nine Glimpses of Princess Margaret," "The Twelve Lives of Alfred Hitchcock" views its subject from various angles. Instead of a standard approach, both books (and Brown's "One, Two, Three, Four" about the ...

"Beeswing" by Richard Thompson, written with Scott Timberg; Algonquin Books (304 pages, $27.95) ——— Musician Richard Thompson mentions a lot of names in his new memoir, but you never get the feeling that he's name dropping. It's just that he's been around for a long time and he's worked with just about everyone. "Beeswing" (Algonquin Books, 304 pages, $27.95, written with Scott Timberg) is a ...

It’s difficult to write a fresh-sounding biography of a woman who has been in Washington longer than some members of Congress have been alive. But even longtime watchers of House Speaker Nancy Nancy Pelosi will learn something new about the most powerful woman in the country — and how she got that way — from USA Today Washington Bureau Chief Susan Page’s new biography, “Madam Speaker: Nancy ...

The colossal 32-story, 566,313-square-foot structure, which towers over Niagara Square as the epicenter of municipal affairs, is celebrated in a glossy, coffee table book and in another the size of a handbook.

"Tom Seaver: A Terrific Life" by Bill Madden; Simon and Schuster (291 pages, $28) ——— More than half a century has passed since the Miracle Mets won the World Series in 1969, owing mostly to pluck, clutch hitting and the strong right arm of pitcher George Thomas Seaver, an articulate 24-year-old Californian who joined the famously inept team in 1967 but didn't think that losing was all that ...

This week’s bestsellers from Publishers Weekly