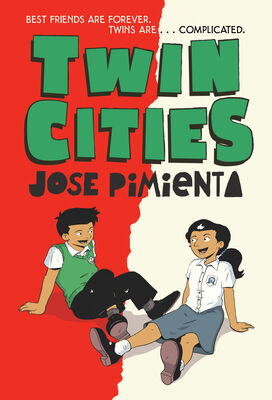 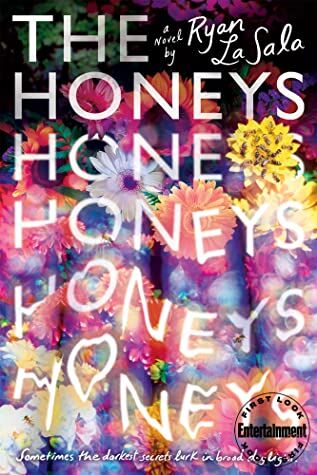 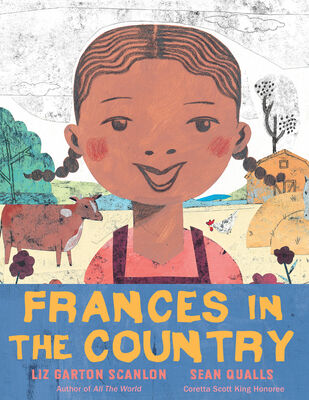 Support this work for $1 a month
Jean Westmoore

Twins Fernando and Teresa have always been close growing up in Mexicali, Mexico, but find themselves on separate paths when Teresa decides to attend  a Catholic middle school across the border in this marvelous graphic novel inspired by the author's personal experience.

Jose Pimienta, who was raised in Mexicali and now lives in L.A. creating comics and storyboards for animation and film, offers a vibrant portrait of life in "twin cities" Mexicali, Mexico, and Calexico, Calif., and a compelling story of twins tackling challenges on their own as they enter seventh grade.

Pimienta effectively uses separate sets of panels to juxtapose the twins' experiences: of Teresa making new friends and dealing with academic pressure and English vocabulary difficulties at her new school and of Fernando dealing with making friends and peer pressure from an older classmate who has absentee parents and serious personal issues.

The twins find themselves constantly squabbling, as Teresa must get up at 5:30 a.m. every day and cross the border to get school and then spend hours doing homework, with no time to play video games or watch TV with her brother while he grapples with loneliness and the bad influence of his friend Alex. The twins' 13th birthday party, going to a movie and restaurant buffet "on the other side" with friends, turns into a disaster.

Pimienta's engaging, beautifully illustrated graphic novel captures the rhythms of middle-class family life as it explores the experience of impressionable adolescents grappling with questions of identity amid cultural differences in Mexico and the U.S. and the tensions and rewards of being a twin.

After sister Caroline dies in terrible circumstances, her twin decides to return to the elite Aspen Conservancy Summer Academy in the Catskills to investigate her death in this deliciously creepy horror novel by Ryan LaSala, author of "Reverie" and "Be Dazzled."

Caroline's twin, Marshall "Mars" Matthias III, left Aspen after a traumatizing bullying incident a few years before and so is well aware that Aspen campers – separated into Amazons and Hunters – will not be too accepting of someone who is gender-fluid. "I know what I look like. I know how people see me. I used to play sports to offset my femininity, but the result is a muscular frame that makes my swish that much stranger. And now with the shaved head I'm sure people are even more confused."

The twins had been close but grew apart after Caroline joined the Honeys, the girls who tend Aspen's apiary of beehives. The Honeys have become an elite group unto themselves at Aspen, with secret rituals and pet names and loyalty tests, and Mars is determined to investigate the Honeys' connection to Caroline's death.

The writing is beautifully descriptive. The aspens "have bone-white bark swirled with black, half-lidded eyes." The parking lot is "a shimmering plaza of baking cars." Entering a cabin Mars is assailed with "The smell. A close, damp must. The smell of summer, and cedar, and boy sweat, closed into the dark corners of the cabin and baked into a fungal tang by the heat."

LaSala finds many creative ways to creep out the reader with bees, starting with a bee crawling out from Caroline's ear in the casket. "I snatch my hand away, jostling Caroline's head, and out from the casket buzz a trio of black dots. They weave toward me. I bat them away, frantic, then lose them in the busy backdrop of flowers. I can hear them circling me. Then I feel something tiny and fast crawl along the ridge of my ear, like it's trying to burrow beneath my bandage."

The isolated location with its sinister aspen forest is the perfect backdrop as LaSala masterfully builds the suspense toward the shocking reveal at the end.

Books in Brief: Goth Girl, Queen of the Universe; The World Belonged to Us, Berry Song

Want to read Anne Heche's out-of-print memoir? It could easily cost you $750

Fans of the late actor Anne Heche can get their hands on her 2001 memoir, "Call Me Crazy." But only if they're willing to spend a pretty penny on it. Heche's tell-all memoir — which recounted her tragic childhood, her ascent in Hollywood and her high-profile relationship with Ellen DeGeneres — has spiked in price days after the actor's death at age 53. "Call Me Crazy" now fetches anywhere from ...

Michelle Obama's book 'The Light We Carry' coming this fall

Michelle Obama will have a book out this fall, "The Light We Carry," in which she reflects upon her experiences and shares insights on navigating an increasingly stressful world.

Sterling HolyWhiteMountain read James Welch's "Winter in the Blood" for the first time more than 10 years ago, but he remembers the impact it had on him so vividly that it's as though he finished the novel yesterday. "It was incredible to me because I had never read fiction that was so imminently recognizable to me," said the Native writer and Jones Lecturer at Stanford University. The 1974 ...

Jeff Simon: Ron Shelton gave us 'Bull Durham' in '88. Now, he's giving us the story behind it

"The Church of Baseball: The Making of 'Bull Durham': Home Runs, Bad Calls, Crazy Fights, Big Swings and a Hit" is one of the great books about moviemaking, Simon says.

45 years ago today, Elvis Presley died of a heart attack