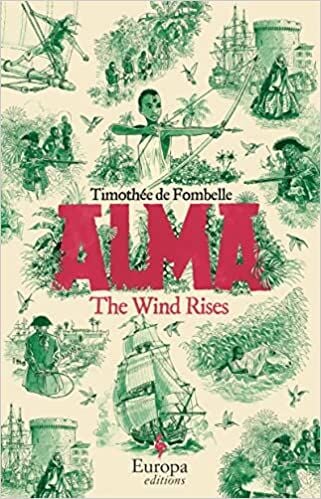 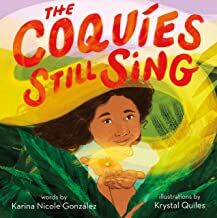 Support this work for $1 a month
Jean Westmoore

The Wind Rises, Alma Book I; by Timothée de Fombelle, illustrated by François Place, translated from the French by Holly James; Europa editions, 397 pages ($18.99). Ages 9 to 12.

The year is 1786. 13-year-old Alma lives with her parents and two brothers, the only humans in a lush valley in Africa enclosed by cliffs, a kind of paradise depicted thus in de Fombelle's poetic narrative. "It's like a gigantic hand, brimming with savanna, trees, and wild animals. It's an open hand that gives them everything they need to live; food, starry nights and little monkeys up in the branches for entertainment. It gives them torrential rain to run into with no clothes on, afternoon snoozes curled up between their parents, and tall grasses that bow down to make way for the lions and the wind."

Alma amuses her 10-year-old brother inventing stories about the wonders of "over there," and when he disappears one day, Alma fears he has found his way out of the valley. Her search for her brother takes her into a harsh world where her smarts and courage and skills at hiding, listening and hunting keep her safe amid many perils.

Meanwhile, in Lisbon, 14-year-old Joseph Mars dreams of finding treasure and tricks his way aboard a slave ship, the Sweet Amelie, under the command of fearsome captain Lazarus Gardel. As the captain gathers his human cargo, Joseph becomes increasingly disturbed at what is happening. The paths of Alma and Joseph cross, and their fates intertwine.

De Fombelle, who spent part of his childhood in Morocco and the Ivory Coast, vividly evokes the historical period, the landscape, the ugly economics of the slave trade, the variation among tribes in language, beliefs and customs, painting a devastating picture of Europeans cynically exploiting conflict, using Africans to kidnap other Africans, ripping families apart and poisoning everything.

This expertly plotted, thrilling adventure offers many surprising twists and leaves the reader eagerly awaiting the next installment. The marvelous gray-scale illustrations by François Place add much to the tale.

Karina Nicole Gonzalez tells the story, from a child's perspective, of the devastation of Hurricane Maria in Puerto Rico and the residents' determined efforts to rebuild in this excellent picture book, with dramatic illustrations by Krystal Quiles.

Quiles' illustrations capture the terror of the storm, the family huddling with their dog Luna as the Category 5 hurricane rips off the roof, destroys their garden and sends trees toppling across roads. The title refers to the return of the coqui frogs, whose song fell silent immediately after their rainforest habitat was destroyed by Maria.

Julius and Ethel Rosenberg, parents of two young boys, were executed at Sing Sing in 1953 after being convicted of spying for the Soviet Union due to the perjured testimony of Ethel's younger brother.

Jewish historian Barbara Krasner, author of more than 40 books for young people, makes use of letters written by the Rosenbergs, interviews with the Rosenbergs' son and the case files to give voice to Ethel and to paint a damning indictment of a miscarriage of justice in this fascinating work of historical fiction.

Through Ethel's voice we learn of her horrid mother and dysfunctional family, the realities of limited job opportunities and low pay, early unionizing efforts and violent attacks on strikers, her romance with Julius Rosenberg (they met in 1936 when she sang at a benefit for the union of fishermen), their shared ideals and the increasing stress they faced as anti-Communist hysteria swept the nation.

Krasner notes that while Julius was a member of the Communist Party and did spy for the Soviet Union, Ethel supported the Communist cause but was not a party member and neither of them passed atomic secrets to the USSR. Only once in Krasner's book does Ethel wonder: "It has occurred to me to ask Julie, why he didn't say, 'Take me. I'm the one you want. My wife has nothing to do with this.' But he never did."

The book is illustrated with family photos, and Krasner includes a timeline, footnotes and suggestions for further study at the end.

>ROMANCE Pursuit by Karen Robards; G.P. Putnam’s Sons ($24.95, hardcover) “Pursuit” is cleverly written, intense and riveting. What it is not, is relaxing. In fact, this book is best saved for a day devoted to reading, because once you start you will not want to put it down. Karen Robards has become a master at blending romance and suspense,

CHILDREN’S The Next Great Paulie Fink by Ali Benjamin; Little, Brown Books for Young Readers, 371 pages ($16.99) Ages 8 to 12. … Ali Benjamin follows up her extraordinary debut novel “The Truth About Jellyfish” – a National Book Award finalist – with the equally wonderful, but very different and entirely original “The Next Great Paulie Fink.” It’s a