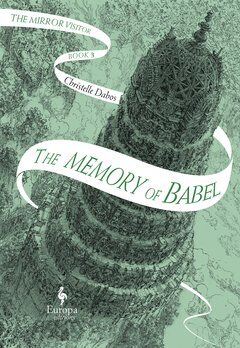 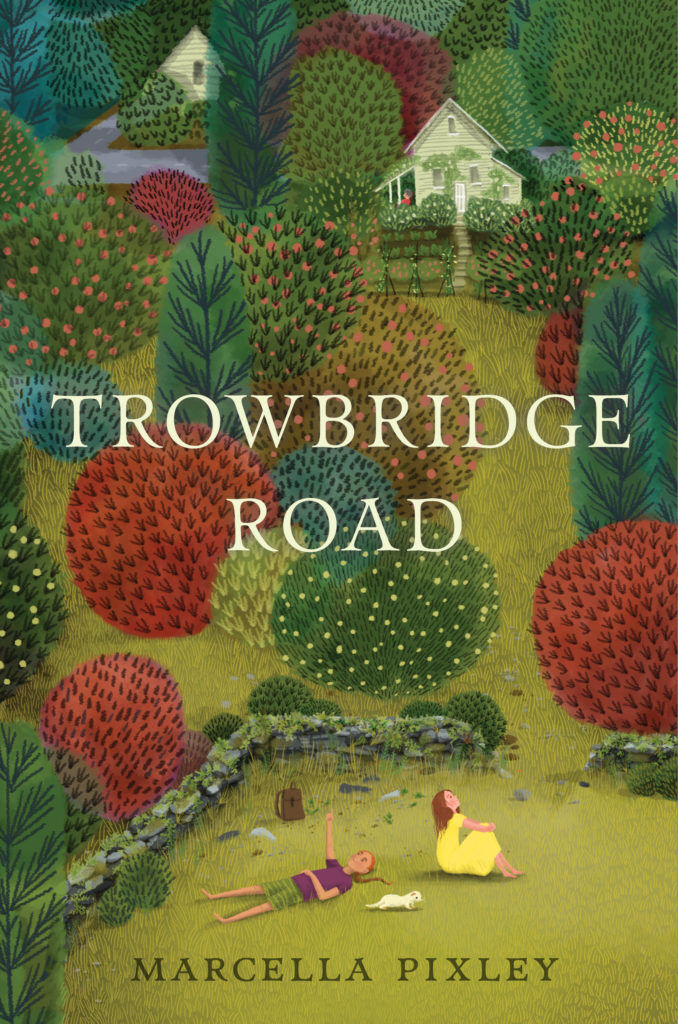 The Memory of Babel, the Mirror Visitor Book 3 by Christelle Dabos, translated from the French by Hildegarde Serle; Europa Editions, 447 pages ($20). Ages 12 and up.

Prepare to be dazzled, yet again, by the third installment of French author Christelle Dabos' Mirror Visitor quartet, a stunning fantasy series set in a richly drawn invented world of floating "Arks," planetary fragments of the original Earth, ruled by the spirits of immortal ancestors. It's a world rife with political intrigue and dangerous secrets, of menacing shadows, of gilded illusions and beings that can assume others' form.

As book 3 begins, bespectacled, bookish, clumsy Ophelia is back living with her family on her home Ark of Anima and she has had no word for two years and seven months from her tall, taciturn accountant-husband, Thorn, who narrowly escaped death in Book 2.

Using an assumed identity, and guided by a 60-year-old postcard from her great-uncle, Ophelia travels alone to Babel, the jewel among the Arks, searching for answers and convinced she will find Thorn there. Ophelia has rare gifts: she can travel through mirrors and as a Reader, is able to divine the past of an object through touch.

Dabos paints a fascinating backdrop in Babel, an Ark splintered into several minor arks, connected with bridges and aqueducts and winged trains propelled by chimeras. The Babel Memorial, said to house thousands of books and documents, "all humanity's memory," is described thus: "Between the infinity of the sky and the sea of clouds, a huge, spiraling tower, topped with a glass dome, stood on a floating island barely big enough to support it."

Upon learning that part of the memorial houses collections not accessible to the public, Ophelia applies to become a virtuoso, a hellish three-week study experience that makes her a target as her academic competitors invent ever more deadly ways to torture her. Any mention of war or crime is censored, in this Ark with strict rules of behavior, caste and dress, and Ophelia almost immediately runs afoul of Mademoiselle Silence, the censor who is burning banned books. Other fascinating new characters include Babel's ruling spirits Helen and Pollux, Professor Wolf, clumsy assistant Blaise and an activist known as Fearless-And-Almost-Blameless. The political backdrop of Babel is fascinating, with its censorship, its strict dress codes with different colors for citizens and non-citizens, its use of automatons doing work formerly done by humans.

This is a thriller built upon seeking the truth of the past by plodding through manuscripts. "The manuscript she had to evaluate...was no piece of cake. It was a thick caretaking register kept during the last decade before the Rupture. It was written in an ancient regional dialect of Babel, with an alphabet not used for centuries: complete gibberish to Ophelia. Mediana's start at translating it had only brought to light merchandise accounts, equipment lists, fixtures inventories, health and security instructions. Nothing that appeared worthy of interest."

A handful of chapters take place on the Pole and tell the parallel story of Victoria, young daughter of Thorn's aunt Berenilde and Farouk, ancestral spirit of the Pole.

Dabos shows an equal talent for world building, thrilling action scenes and smoldering romance, in the relationship between Ophelia and Thorn. And the cliffhanger ending will leave the reader eagerly anticipating Book 4.

[Book 2: The Missing of ClairdeLune]

June Bug spends much of her time up in a tree watching the neighbors, a refuge from home where her mother, a gifted cellist and former concert musician, stays in bed all the time except when she is obsessing about scouring and disinfecting the house. (Her husband, June Bug's father, had recently died of AIDS.) Then long-haired, weird Ziggy– whose single mom is in an abusive relationship – arrives to stay with his grandmother, and June Bug and Ziggy become friends, finding refuge in each other and in a world of make-believe in the farm behind Ziggy's grandmother's house.

Pixley offers a compelling, heart-rending novel of a child dealing alone with her mother's serious mental illness while also spotlighting the tragedy of the early 1980s when the virus known as HIV had just been identified and much misinformation circulated about AIDS.

"Trowbridge Road" is longlisted for the National Book Award for Young People's Literature.

Books in Brief: We Are Not Free by Traci Chee, Class Act by Jerry Craft

Books in Brief: Watch Over Me by Nina LaCour; Millionaires for the Month by Stacy McAnulty

Books in Brief: The Faithless Hawk; The Summer We Found the Baby; Sorry (Really Sorry)