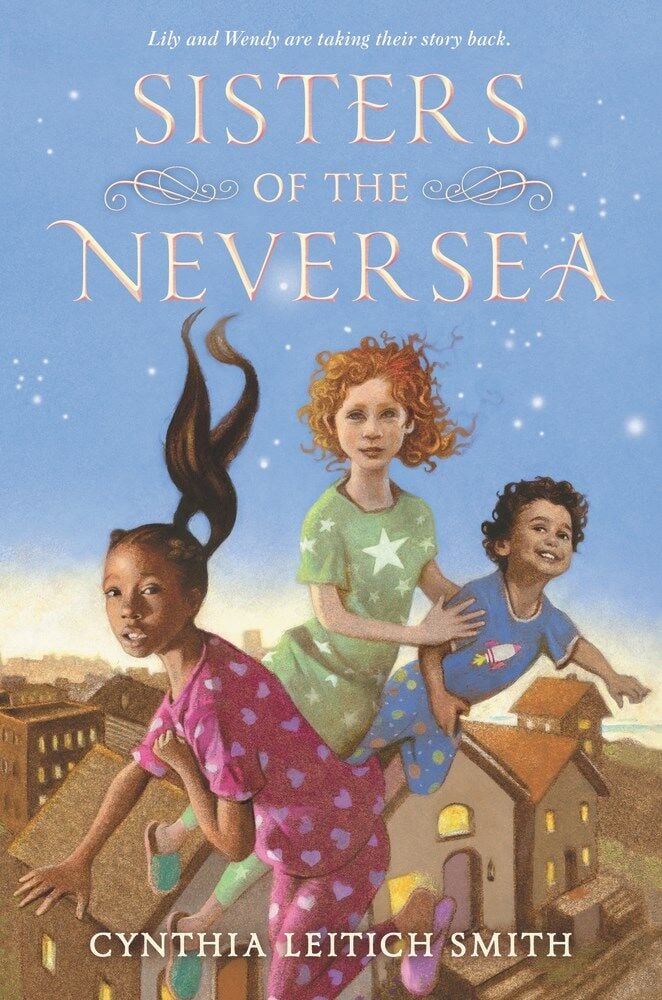 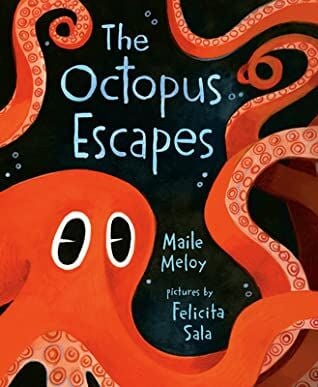 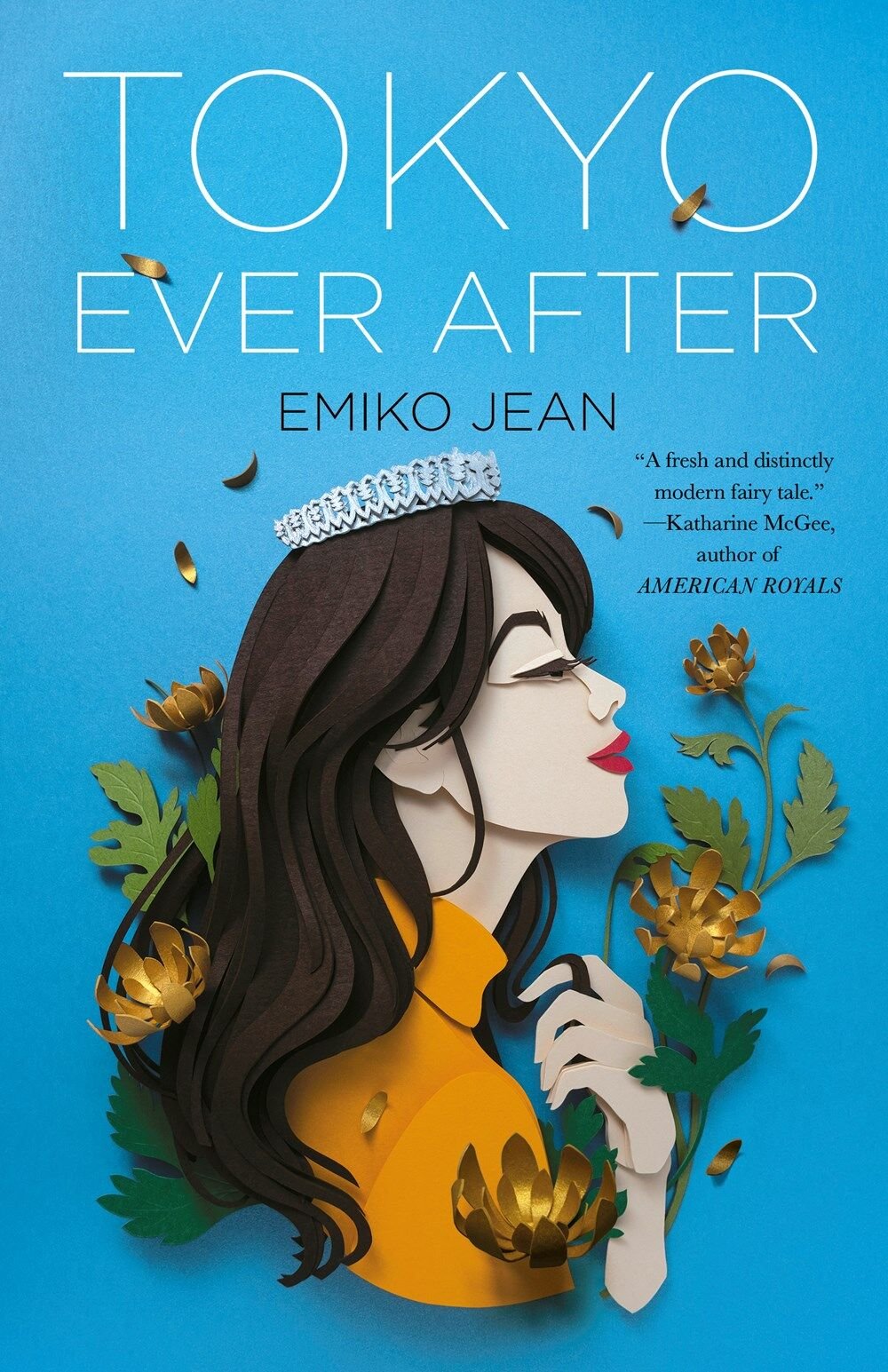 This brilliant reimagining of the Peter Pan story, from a Native American perspective, comes from Cynthia Leitich Smith, a citizen of the Muscogee (Creek) Nation and author-curator of Heartdrum, a Native-focused imprint at HarperCollins Children's Books.

The sisters of the title are 12-year-old stepsisters, anxious Lily and risk-taking Wendy. They have lived in Tulsa, Okla., since Lily's divorced mother, a Creek citizen, married Wendy's widowed father, a British banker. Lily has an older brother John; the girls share a little brother, 4-year-old Michael.  Now the marriage is in trouble, and the once inseparable stepsisters are on the outs, too. Wendy's father has taken a job on Wall Street and the family is facing separation for the summer, as he and Wendy are moving to New York City. On the very eve of the move, Peter Pan and his fairy companion, Belle, whisk Wendy and Michael off to Neverland, with Lily and Peter's Shadow in pursuit.

Leitich Smith seamlessly blends her original take on the dynamics between the Lost, the pirates, the Natives and Fairies with the familiar elements of "Peter Pan." All is not well on Neverland, which is hidden by a veil from the outside world and where time passes differently.

This Peter Pan is a disturbing character. Since Belle stole him from his pram more than a century ago, he has morphed into a "braggart, bullying, barbaric," a "vile, selfish shell of a boy," after prolonged exposure to fairy dust.

He is a boy separated from his shadow, killing what he does not understand. Peter happily drops anyone who turns 13 into the jaws of the giant crocodile; he blithely kills the wild beasts of Neverland, the Neverbirds, a mother tiger, the last lion. (In one gruesome scene he plops the severed tiger head on the table in the Home Under Ground.) He reignites his war with the "Injuns," inspired by his reading of "the Wild and Woolly West Storybook."

Peter has brought Wendy to Neverland for his love of Story; the question is, can this Peter write himself a new story?

The colorful backdrop of Neverland is skillfully done, the violet sand of the beach, the maze of underground tunnels, Belle's Fairy quarters with her Tiddlywink chandelier, the Merfolk with their distrust of humans. There is plenty of swashbuckling action as the girls enlist the Lost and the Natives to outwit Peter Pan and fight to return home.

An octopus is caught by a diver and taken to live in an aquarium but eventually manages to escape in this charming picture book with its appreciation for the natural world and its message of the importance of home.

Meloy, author of the fabulous "Apothecary" trilogy for middle-grader readers, captures the everyday joys of the octopus life: "Sometimes waves came rolling in. Little shivery ones, or big tumbling ones" and its distress at being confined ("every day was the same in the glass house.") despite the enrichment activities provided. Sala's illustrations are lovely, particularly a nightscape of a skyline with Ferris wheel and the octopus preparing to drop off the pier into the ocean.

A Japanese American high school student in California discovers her father is the Crown Prince of Japan in this entertaining romance whose backdrop of culture clash makes it more interesting than Meg Cabot's "Princess Diaries" series with the similar setup but fake setting in a made-up European country.

As a Japanese American, Izumi "Izzy" Tanaka has never felt as though she fits in in Mount Shasta, her California hometown "a town strung together with tie-dyes and confederate flags." Her mother has never told her who her father is, just that she was the product of a one-night stand with a classmate at Harvard. After a little detective work, Izumi discovers that her father is the crown prince.

The tabloids in Japan dub Imperial Highness Princess Izumi "the Lost Butterfly" when her father flies her to Japan for a visit and she finds herself under intense scrutiny for her sloppy attire, her lack of attention to decorum and her inability to speak or read Japanese.

Emiko Jean made her debut as a YA author with "We'll Never Be Apart," a psychological thriller.

See the list of finalists for 2021 National Book Awards

A breathtaking insider’s thriller from Hillary Clinton and Louise Penny

"State of Terror" by Hillary Rodham Clinton and Louise Penny; Simon & Schuster/St. Martin’s Press (494 pages, $30) ——— When politicians write novels, I usually try to avoid reviewing them. With a handful of exceptions, my critical response to such books has been: “Don’t quit your day job.” "State of Terror" is a big, turbocharged, breathtaking exception: It’s one of the best political thrillers ...

The characters from 'The Fourth Child' have thoughts about Buffalo. Lots of them.

Jessica Winter loves Buffalo, though sometimes, in her new novel, it can be hard to tell.

Review: 'American Made: What Happens to People When Work Disappears,' by Farah Stockman

NONFICTION: Three union workers whose factory closes illustrate the challenges for America's blue-collar workforce. "American Made" by Farah Stockman; Random House (418 pages, $28) ——— In 1997, when the Red River Valley overflowed its banks and flooded most of Grand Forks, North Dakota, I watched then-President Bill Clinton give an empathetic speech to flood victims at an Air Force base ...

Review: 'The Trees,' by Percival Everett

FICTION: In this dark but witty satire, Percival Everett explores racism, vengeance and the horrors of lynching. "The Trees" by Percival Everett; Graywolf Press (308 pages, $16) ——— Trees, when left unmolested, typically enjoy a long life span. Imagine if trees in the United States, particularly in the South, could speak. Many might tell us of something sinister they got roped into — literally ...

Don't Miss: 'The Electricity of Every Living Thing'

At age 38, with a toddler son and a thickening waistline, Katherine May makes the decision to hike the 630-mile South West Coast Path in England, a rugged trail that "clings as close to this island's crinkled edge as possible; so close, in fact, that chunks of it regularly fall into the sea." She will hike in stages, she decides, sometimes alone, sometimes with a friend. She will finish before ...

Review: 'A Line to Kill,' by Anthony Horowitz

FICTION: A wealthy playboy is found murdered during a writers festival, and the line of suspects is long. "A Line to Kill" by Anthony Horowitz; Harper (375 pages, $27.99) ——— Like any good mystery, Anthony Horowitz's "A Line to Kill" has a gripping story, quirky characters who might be devious or might be innocent, a twisty plot, an enigmatic detective and a memorable setting. But it also has ...