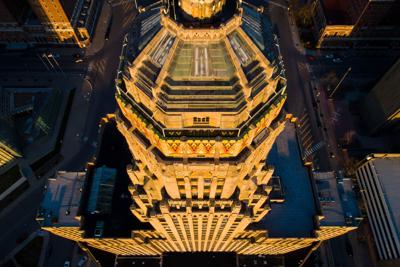 The colossal 32-story, 566,313-square-foot structure, which towers over Niagara Square as the epicenter of municipal affairs, is celebrated in a glossy, coffee table book and in another the size of a handbook.

The weighty "City Hall," with text and full-page photographs by Arthur Drooker, is certainly the splashiest. Drooker assembled 15 city halls from around the country to best represent a range of styles and spoke with a few Buffalonians, including the mayor, about the Queen City's civic monument.

Drooker recounts how the Buffalo Common Council hired John Wade to design a new city hall after rejecting a city architect's plan because it lacked a tower. Wade called his style "Americanesque" to signify it would be uniquely American and not an imitation of European architecture. Buffalo City Hall was built in 26 months.

"Here we are at the height of the Depression, yet the wealth and pride in the city at the time was enough to say we're going to build something that's going to stand the test of time," David Granville, former Buffalo arts commissioner, told the author.

Preservationist Tim Tielman also saw a statement being made. "Buildings have meaning thrust upon them," Tielman said in the book. "One would assume people looked at this thing going up and said, 'You know what? There is a way out. We will survive.' "

The building - a terraced setback skyscraper, with a verticality associated with art deco - was set in limestone, sandstone and granite. Tiles painted with symbols and designs of indigenous people, mostly the Haudenosaunee, ornament the building inside and out, with some suggesting the colorful terra-cotta tiles on top of the building were meant to symbolize a Native American headdress.

Bronze statues atop marble blocks of Millard Fillmore and Grover Cleveland, Buffalonians who became presidents, are displayed at either end of the building.

Mayor Byron Brown, whose offices in Room 201 have been his home away from home for four terms, saluted the building's grandeur.

"The amazing detail, the craftsmanship of the work that went into this building could not be done today," the mayor told the author. "You would not be able to afford the features, the finishes that were put into this building, so the entire building is really an architectural masterpiece. It is a work of art."

Drooker reserves his loftiest assessments of City Hall for its lobby, which includes a polychrome ceiling, geometric metal work grills and stylized panels. He highlights two murals painted by William de Leftwich - one celebrating industry, the other Lady Buffalo - with each getting a two-page photo spread.

Drooker is awestruck by the Council Chamber.

"In addition to the lobby, Buffalo City Hall's other significant interior, the Common Council Chamber, may be the most intriguing legislative space in American civic architecture," Drooker wrote.

The book contains a beautiful two-page photo spread following the title page of "Daybreak," the blazing semi-circular sunburst of red and yellow in the chamber's stained-glass skylight.

An additional full-page photo shows off the Council Chamber's amphitheater design and ring of columns, each representing 12 virtues spelled out in vertical lettering.

A pocket-sized look at City Hall

Buffalo's art deco City Hall was completed in 1931. At 398 feet high from the street to the top of the tower, it is one of the tallest municip…

The pocket-size book has been re-released by Preservation Buffalo Niagara, with updated text and new information by the organization's staff. It's also been artfully redesigned by Brian Grunert/White Bicycle with additional photographs by Biff Hendrich and updated Native American interpretation by Jody Maracle.

The book is a handy compilation of the building's many features inside and out, broken into bite-sized, detailed descriptions with artwork and photographs on nearly every page.

The book mentions the roles of architect George Dietel and associate architect Sullivan Jones left out of Drooker's "City Hall," and gives due to three sculptors who left their stamp in the building's interior and exterior spaces. Albert T. Stewart did the friezes and other figure sculptures, Rene Chambellan the architectural artwork and Bryant Baker completed the statues of the presidents and figures in the lobby.

There are extra kudos for the entrance portico and the huge, 100-foot-long sculpted frieze supported by eight Egyptian revival-style columns resembling industrial cable. The granite steps, Conlin wrote, "seem to flow out from behind the column bases like water or lava."

The central figure in the frieze is a woman holding the record book of Buffalo's history and poised to record the events of the next hundred years. The interior of the entrance portico, Conlin exudes, "is one of the most spectacular architectural spaces in Buffalo."

The book points out the dozen mysterious faces that seem to emerge from the surface peering from six windows around the building, and celebrates the observation deck and its view over Joseph Ellicott's radial street plan.

The deck is the only place downtown, Conlin said, "where the general public is able to go outside, into the air, high above the streets, and obtain a 360-degree panoramic view of the entire city and its setting."

The updated book also contains this fun fact: The cost to build Buffalo City Hall was $6.8 million in 1931 dollars, a hefty amount considering it was constructed in the Depression. The cost in 2021 dollars? $116.6 million.

Conlin notes the impact of architect and illustrator Hugh Ferris on Buffalo City Hall. Ferris' 1922 book, "The Metropolis of Tomorrow," and his noirish sketches of skyscrapers had a profound influence on civic architecture and art deco buildings.

Ferris' dramatic illustrations are also mentioned by Elizabeth Licata, local author and Buffalo Spree editor, in "The Wildest City Hall in the U.S.," an entry in her quirky new book, "Secret Buffalo: A Guide to the Weird, Wonderful and Obscure." Licata encourages people to see what's inside the building for themselves, noting Common Council meetings are open to the public and there are weekly tours expected to resume after the pandemic recedes.

"It's institutional function, lack of parking, and the general gloom inside might deter many from thoroughly exploring the interior of this astounding structure, but everyone should get past all that and celebrate one of Buffalo's most fascinating feats of design," Licata wrote.

Art Deco, the radical, stylized design of the 1920s and 1930s, decorates Buffalo. The ornamentation of Buffalo City Hall and the Central Terminal, two set-back monoliths, are the most well-known examples. But they’re hardly alone. There are the downtown Art Deco gems along the Court Street corridor, between City Hall and Lafayette Square. The Industrial Bank Building, the Walter

Masters of our cityscape 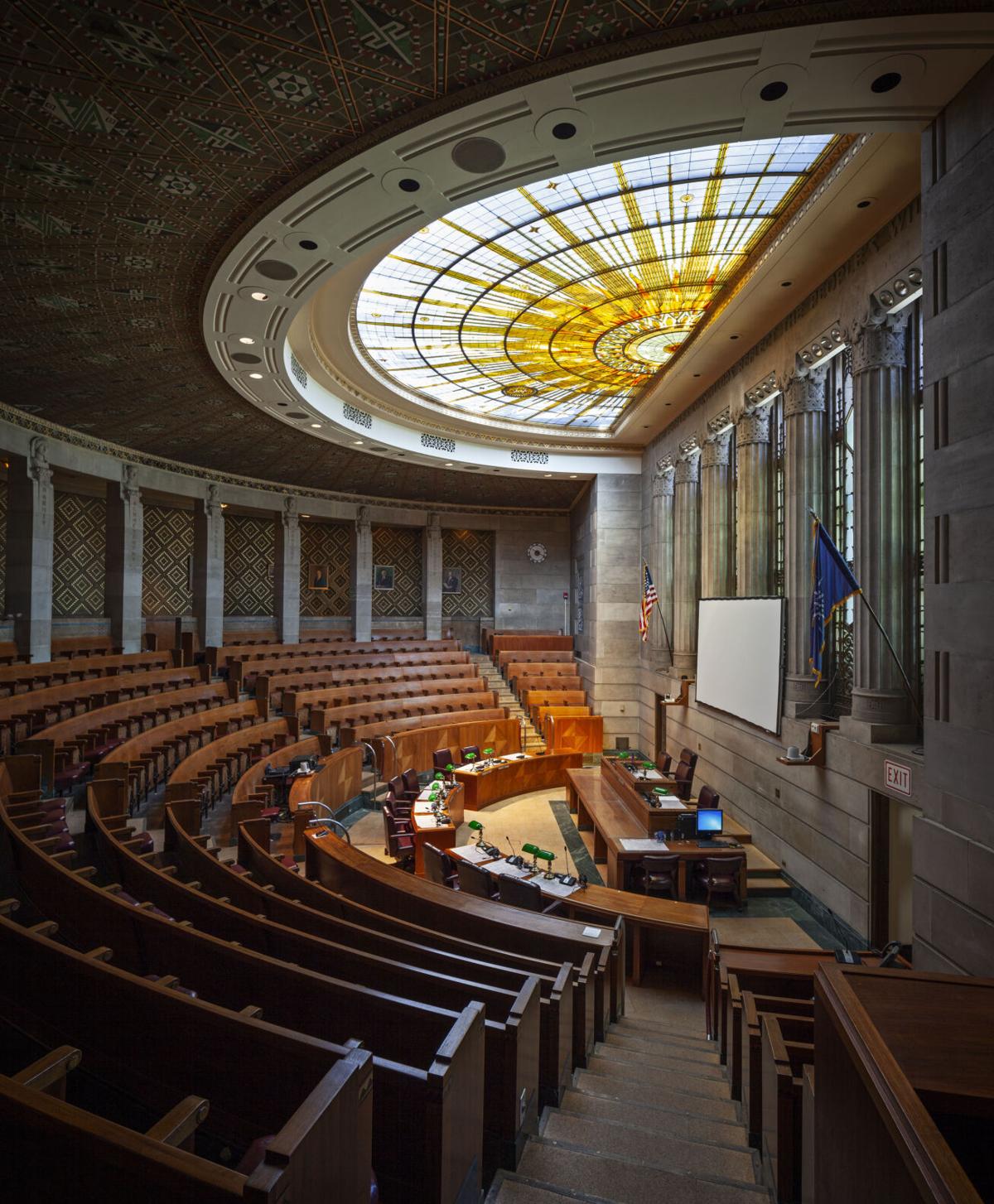 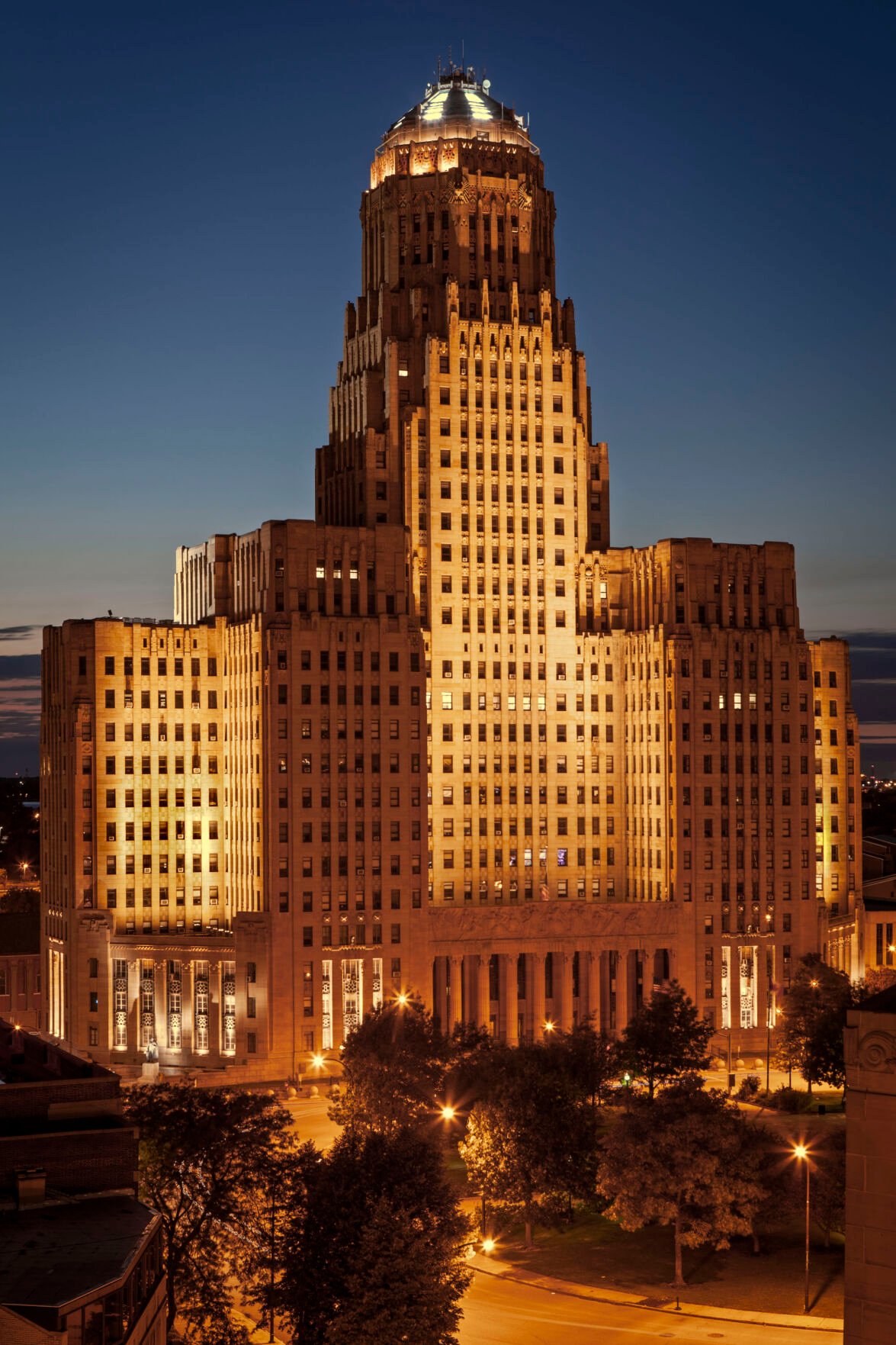 Buffalo City Hall, which was built and opened during the Great Depression, looms large over Niagara Square. 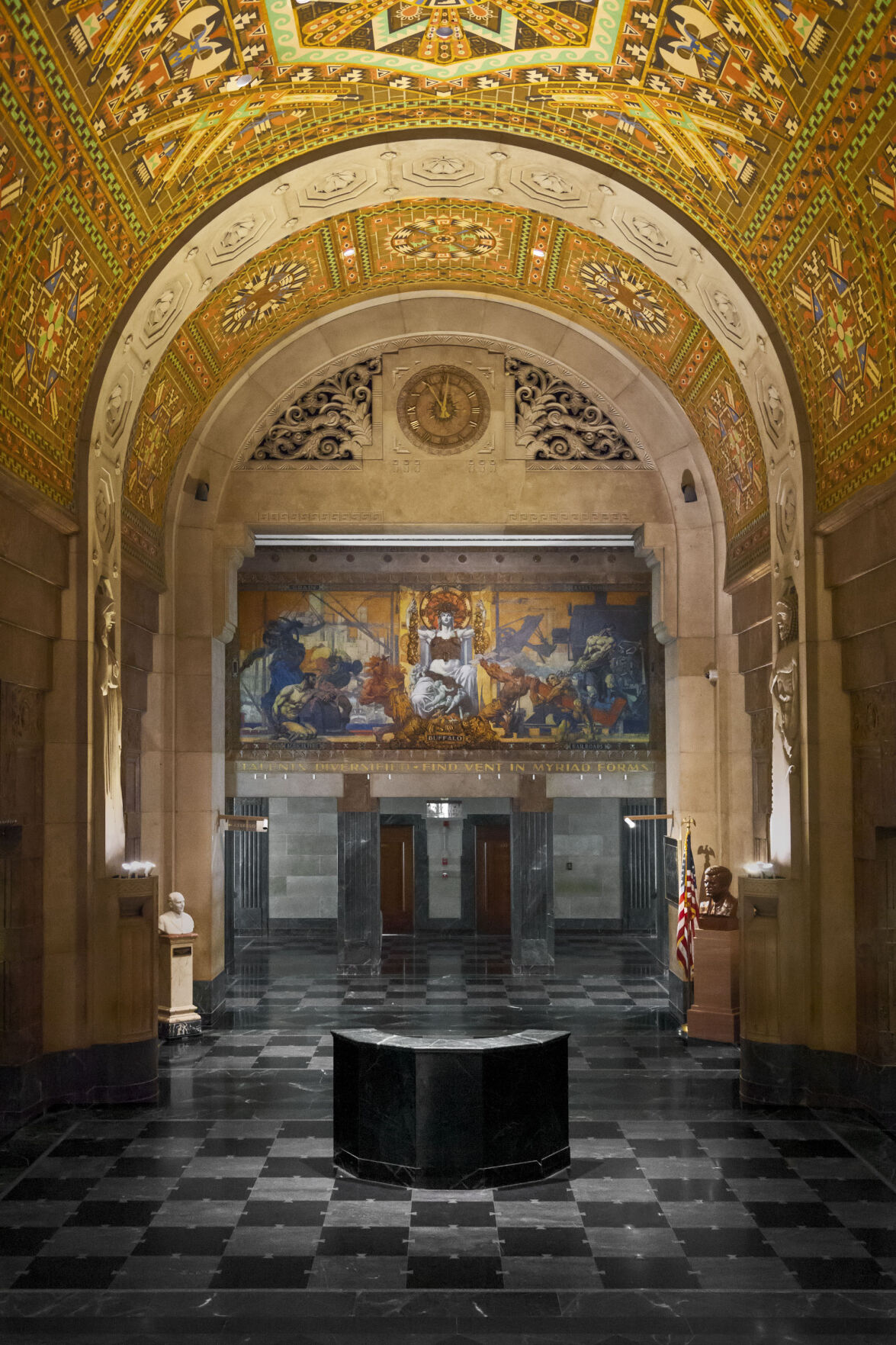