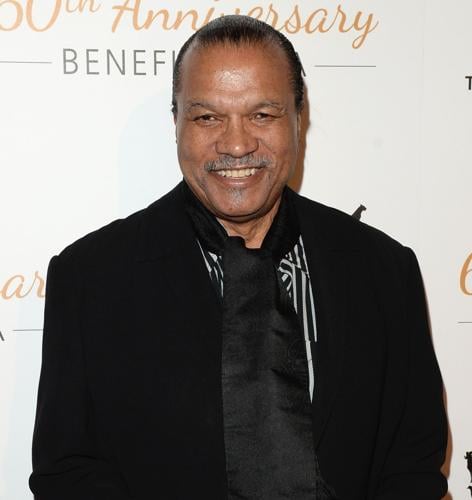 Actor Billy Dee Williams will be in Buffalo to appear at Nickel City Con. 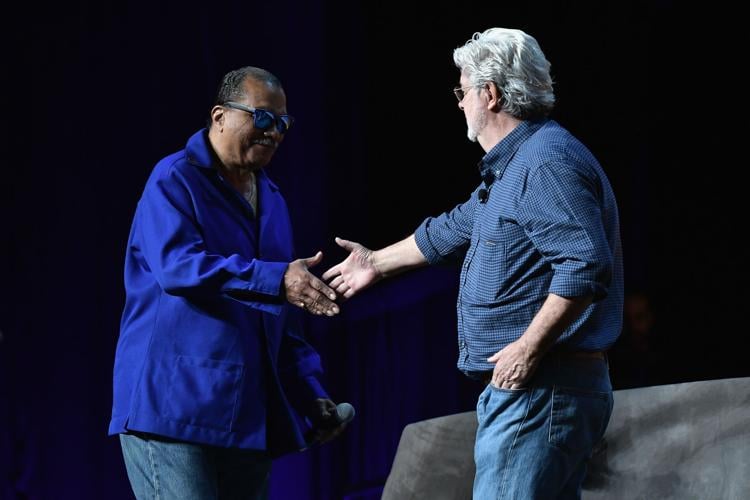 Support this work for $1 a month
By Christopher Schobert

We’re only five months into 2017, but it’s already been a memorable year for Billy Dee Williams. He recently turned 80, provided a voice in the hit “Lego Batman Movie,” and joined the likes of Mark Hamill and Harrison Ford at the "Star Wars" Celebration fan festival in Orlando.

The actor best known for his role as ultra-suave “Star Wars” hero Lando Calrissian in “The Empire Strikes Back” and “Return of the Jedi” is set to appear at Nickel City Con  from May 19 to 21 in the Buffalo Niagara Convention Center. The actor, who recently took time for a telephone interview, said he’s not in the next film, “Star Wars: The Last Jedi,” and has no knowledge of plans for Lando in “Episode IX” (“Nobody has talked to me about it,” he said). But he still often often voices the beloved character in TV series like “Star Wars Rebels” and video games like “Star Wars: Battlefront.”

Beyond being a part of iconic franchises like “Star Wars” and “Batman,” he has starred in such well-remembered favorites as “Brian’s Song,” the 1971 movie-of-of-the-week with Williams as Gayle Sayers and James Caan as the late Brian Piccolo, and cult classics like “Nighthawks” with Sylvester Stallone. When asked what he's most proud of, he points to a few favorites. "I’ve done a lot of films over a lot of years, but certainly 'Brian’s Song' - I was nominated for an Emmy for that. 'Lady Sings the Blues' [the 1972 Billie Holliday biopic starring Diana Ross] started a whole new kind of career for me. There’s 'Mahogany.' One of my favorite experiences was the Negro League baseball movie, 'The Bingo Long Traveling All-Stars & Motor Kings.' I’ve had a pretty good career."

Here's more from our interview.

Question: You’ve had a very busy 2017. What’s been the high point of the year so far?

Answer: Turning 80 years old is certainly a highlight (laughs). That’s a big one. And it’s ironic that I ended up doing Two-Face in “The Lego Batman Movie” after having played Harvey Dent in Tim Burton’s “Batman” (1989). I thought that was interesting. I was a little surprised, but I got a big chuckle out of it. They called me up and I was very happy to do it.

Q: "Star Wars" Celebration was just a few weeks ago. What was it like to see everyone? And did it feel strange to be there without Carrie Fisher?

A: We certainly all missed Carrie. It’s a tragedy — such an early point in her life — but we celebrated her. It was very nice to see everyone. I hadn’t seen any of them in quite some time. Every now and then I run into them, but it was nice to see everyone together.

Q: Does the ongoing growth of “Star Wars” surprise you?

A: It’s amazing. The “Star Wars” experience is a phenomenal experience, and it just picks up more fans with every generation. I think it’ll probably go on for another 40 years.

Billy Dee Williams as Lando Calrissian in "Star Wars: The Empire Strikes Back."

Q: You were the first African-American actor with a major role in the “Star Wars” saga, and you blazed a trail for actors like John Boyega in “The Force Awakens,” not to mention the diverse roster of stars in “Rogue One.” Is it accurate to consider you a pioneer?

A: I don’t really look at it that way. I just think of myself as an actor who is always looking for interesting things to do. That’s pretty much how I’ve conducted my life and my career.

Q: You’re also known for your painting. How did that passion develop?

A: It’s something I’ve been doing all my life. I spent three years at the National Academy of Design on a scholarship painting, and was nominated for a Guggenheim when I was 18 years old. I won a Hallgarten Prize, which is comparable to a Guggenheim. The Smithsonian National Gallery in Washington, D.C., owns one of my paintings, as does the Schomburg Center for Research in Black Culture in New York and the American Jazz Museum in Kansas City. I’ve exhibited for a number of years, so it’s very much a part of my life.

Q: I hear you met recently with Donald Glover, who is playing young Lando Calrissian in the Han Solo spin-off film. What are your thoughts on him?

A: I hope he does well with it. For me, Lando is me. I can’t see anybody else as Lando. But he’s a very good actor, a very talented musician and writer, and a very nice young man. So I wish him the best.

It was likely the first time this season that a Buffalo Bills fan heard “13 seconds” referenced without getting a pit in their stomach, Pergament said.

Remembering JJ Alfieri: ‘In a city of talkers, he was a doer’

Alan Pergament: CBS' Andrew Catalon showcases knowledge of Bills and fans except at the end

Catalon's knowledge of the Bills makes him a pleasure to listen to when he is assigned their regular season games, too, because he continues to do homework on the team, Pergament says.

James Lofton was known for running some memorable routes as a Buffalo Bills receiver. The Hall of Famer’s route to cover the Bills game with the Cleveland Browns Sunday as a CBS analyst ranks right up there.

Before Sunday’s game, the Bills’ 27-17 victory over the Green Bay Packers on NBC’s “Sunday Night Football” was the highest-rated locally with a 48.6 on NBC affiliate WGRZ-TV (Channel 2).

Forty-game winner Amy Schneider capped her big year by winning a hard-fought "Jeopardy!" tournament of champions in an episode that aired Monday.

Holiday gift shows: Your guide to shopping and gifting local

The underlying message? Buying and gifting locally makes a meaningful difference, in every sense.

Actor Billy Dee Williams will be in Buffalo to appear at Nickel City Con. 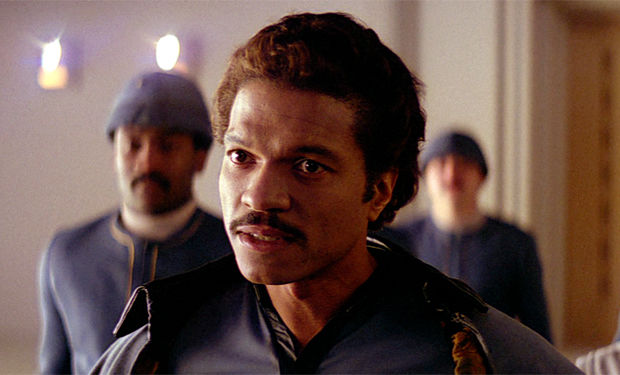