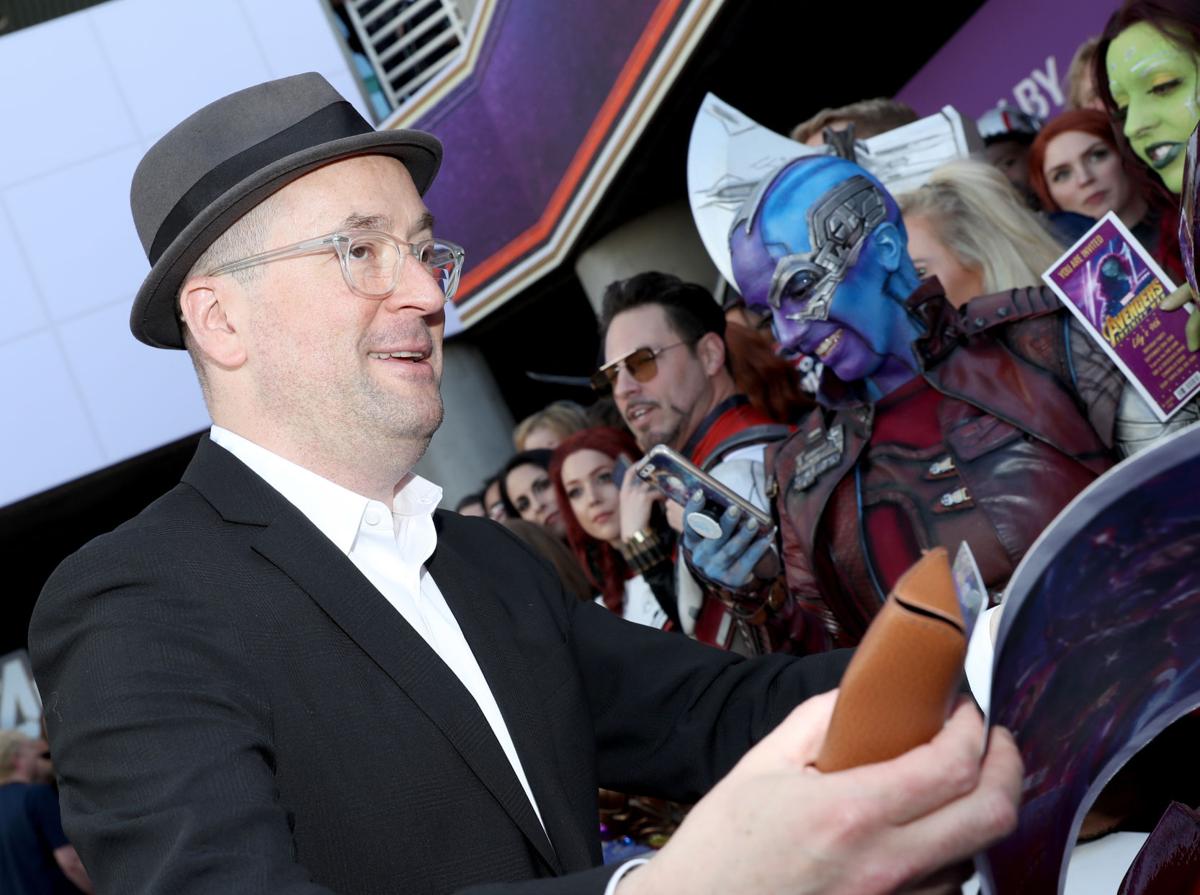 Buffalo native and screenwriter Christopher Markus attends the Los Angeles world premiere of his most recent film, "Avengers: Endgame." He is returning home for an event at the North Park Theatre. (Getty Images) 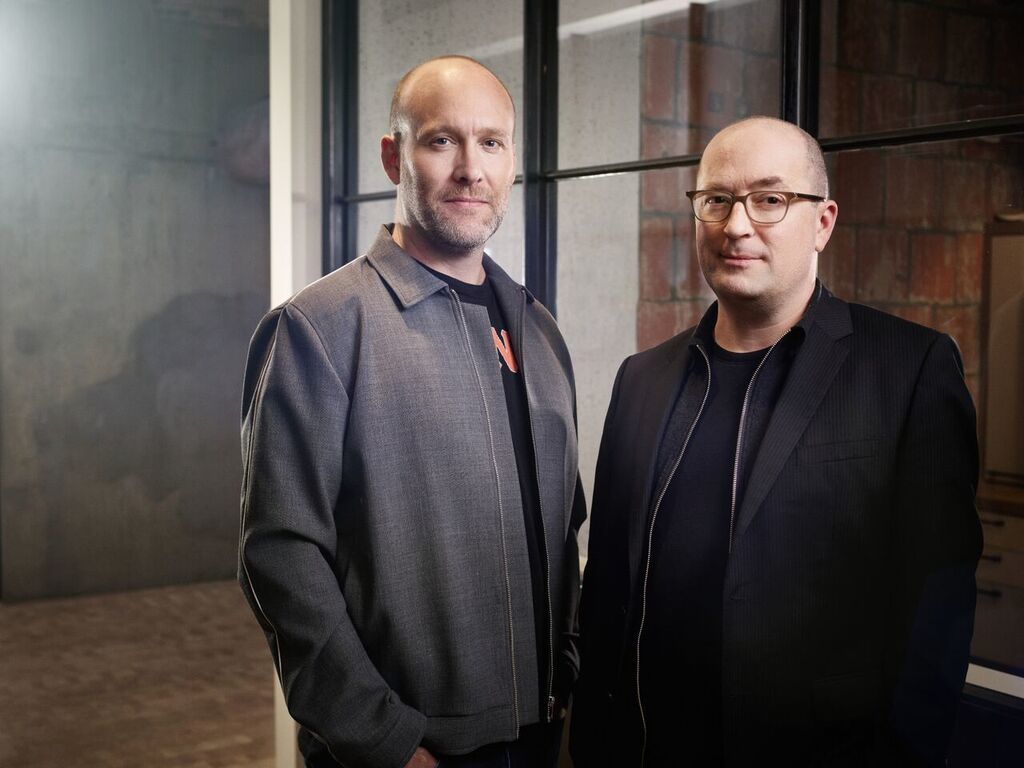 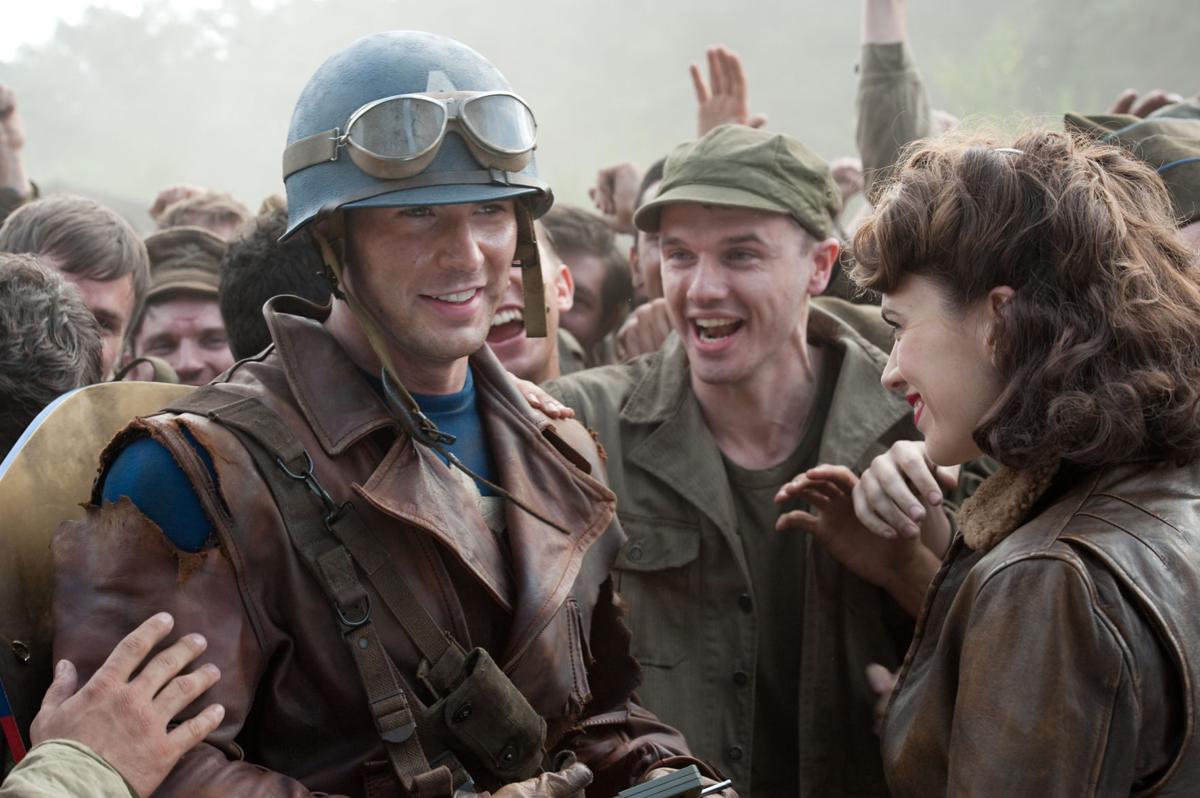 Ask “Avengers: Endgame” co-screenwriter Christopher Markus to choose the highlight of the long-awaited superhero epic’s weeks-long media blitz, and the answer may surprise you. No, it’s not the gala, star-packed “purple carpet” premiere in Hollywood. Nor is it the promotional interviews with media outlets from around the world.

For Markus, a Buffalo native and St. Joseph's Collegiate Institute graduate, the answer is the “Endgame” screening and Q&A on May 3 at the North Park Theatre (1428 Hertel Ave.).

Therefore, Markus said, the idea of conducting a Q&A at the North Park before a film he co-wrote is so thrilling that it almost feels “ridiculous. I’m giddy. I even get to have my mom there.”

“Endgame” represents the pinnacle of a Hollywood career that has moved from success to success. Markus and co-screenwriter Stephen McFeely met while attending Rutgers, and moved on to writing the three “Chronicles of Narnia” screenplays, the Buffalo-set black comedy “You Kill Me," and, crucially, 2011’s “Captain America: The First Avenger.”

The duo firmly established itself as critical elements of the Marvel braintrust with the scripts for the Captain America follow-ups “Winter Soldier” and “Civil War,” the “Agent Carter” TV series, and 2018’s gargantuan “Avengers: Infinity War” and the just-released “Endgame.”

He and McFeely are a rarity in cinema, a long-lasting creative partnership. “We’ve never done it separately,” Markus said. “We both started screenwriting together, at the same computer.”

Interviewed just one day before the release of "Endgame," the box-office-destroying 22nd Marvel Cinematic Universe entry, Markus discussed how “Infinity War” and “Endgame” were planned and written, what appeals to him about Steve Rogers/Captain America, and why he’s so thrilled by Buffalo’s resurgence. (No spoilers here, folks.)

On the overwhelming pre-release buzz for "Endgame"

You know that there’s going to be a large amount of hype and excitement, but the emotion people have is surprising to me. It’s exciting to have seen how people reacted to “Infinity War,” and to know that they're now genuinely hyped — and need resolution.

How he and McFeely brought together the characters and storylines, starting with “Infinity War”

It took a long time. We wrote down the names of every character that we had access to — 70 cards up on a board. And we began by saying, “Boy, that person and that person would rub up against each other in a really interesting way. Let’s put those two cards together.”

After that, we wrote a 60-page document of isolated, often conflicting ideas — kind of a menu. We gave it to the directors, the producers, and everybody at Marvel and said, “Circle the things you like, that have to be in the movie, and that you really don’t want to see.”

It eventually came time to separate things into two movies, and it became clear that certain ideas were better for “Endgame.” This is why some characters are more prominent in the second movie than in the first. Steve Rogers and Black Widow are not featured in “Infinity War” to the degree that you might expect because we had good ideas for them in “Endgame.” It’s the same with Hawkeye — he’s not in “Infinity War” at all because we had a much better story for him in “Endgame.”

Why Steve Rogers is his favorite MCU character to write

Despite his physical perfection and moral uprightness, Steve Rogers is never not that 90-pound guy that he started as in “The First Avenger,” and that 90-pound guy is all of us. It’s his humanity that keeps me attracted to the character.

He is a human being who has been put through a lot, and who faces this thing that we all face — that you have responsibilities that may run counter to what you feel like doing. And your duties may well wind up taking precedence over your comfort and pleasure.

In some cases I think that’s something that society seems to have forgotten. So it’s nice to be dealing with a person who is old-fashioned, the kind of character you don’t see too much anymore — someone with a refreshing moral center.

On being done with the MCU — for now

I would never not pick up the phone when Marvel calls. But we’re going to take a little break because we can’t go any bigger at this point — we can’t raise the stakes. We can’t add more characters.

We have a [non-Marvel] script we wrote earlier this year that’s in the director hunt phase, and another that’s outlined. So it’s promising to be a busy time. It’s all in a bit of a holding pattern until we get this little Avengers movie out of the way.

How growing up in Buffalo helped shape his imagination

It definitely had an impact. Every winter, your environment changes into someplace completely different. Your snowy backyard can be anything — it looks like the moon, or you could be on a mountain. And it was always exciting not only to have the day off school, but to have this brand-new playground every winter. That kind of reimagining is fundamentally ingrained in me.

On the development of “You Kill Me,” the Buffalo-set story of a hitman played by Ben Kingsley

The story came first, and we knew we wanted [Kingsley’s character] to be a fish out of water, and to leave one location and go to another. So, what it came down to is, I’m from Buffalo, and [McFeely] is from San Francisco. We set the two halves in our hometowns so that we would know the environments. And it worked.

On his excitement over “new Buffalo”

[This time] I’m in town for a relatively short period of time, so I’ll mostly be visiting my mom. I would love to come to Buffalo as a tourist, and just do it that way. There are so many new restaurants and places I want to visit. We stayed at the Hotel Henry a couple years ago, a haunted, abandoned insane asylum for most of my life that’s now a nice hotel. That is impossible, and fantastic.

A parent's guide to "Avengers: Endgame"

A guide to "Avengers: Infinity War"

Buffalo native and screenwriter Christopher Markus attends the Los Angeles world premiere of his most recent film, "Avengers: Endgame." He is returning home for an event at the North Park Theatre. (Getty Images)