Sebastian Maniscalco is coming to Buffalo on Feb. 1 and 2 for two nights of shows at Shea’s Performing Arts Center. (Alberto E. Rodriguez/Getty Images) 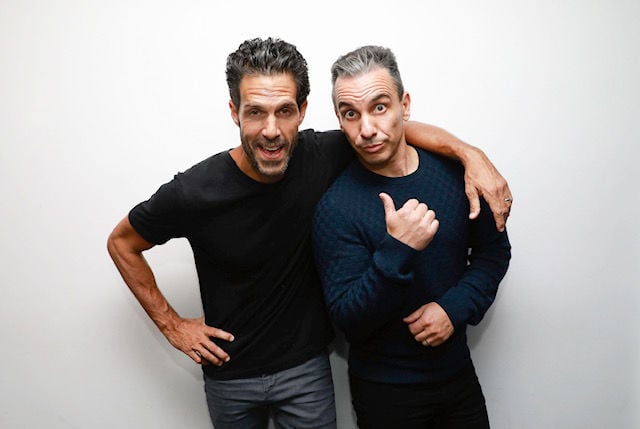 On a visit to SiriusXM in Manhattan, Pete Correale, left, and Sebastian Maniscalco posed for this picture in a photo booth located in the lobby of the satellite radio giant's offices. (Courtesy of Pete Correale) 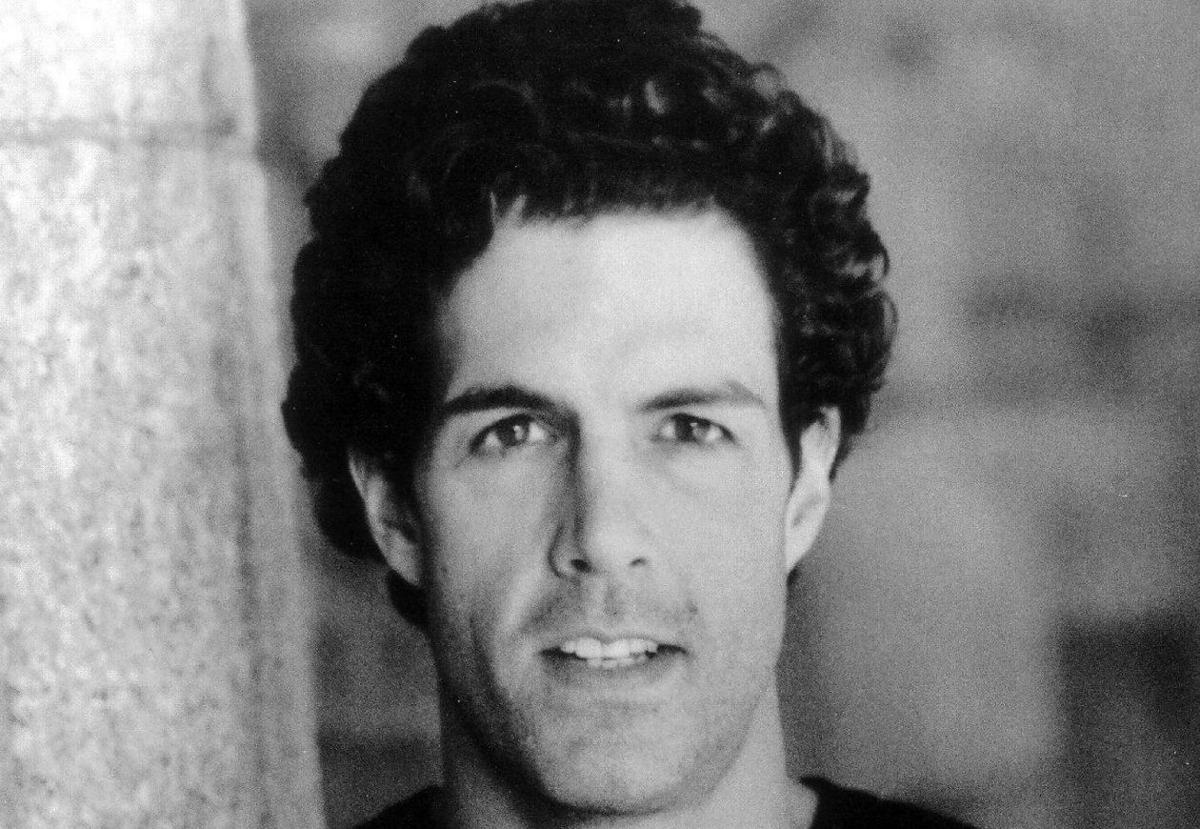 Pete Correale, a comedian who has lived in Manhattan, the Hollywood Hills, and now the small rural village of Fredonia, was doing a stand-up show last month in Youngstown, Ohio. Before Correale took the stage, a fan approached and asked for advice on podcasting.

It’s a medium Correale knows well. He’s the co-host of “The Pete and Sebastian Show,” a podcast that doubles as a radio show on SiriusXM’s Raw Dog Comedy channel.

Onstage that night, Correale said, “To the guy who asked me before the show, there are three pieces of advice I’ll give you if you want to do a podcast.”

He ticked them off:

Put another another way: Find your own Sebastian Maniscalco.

Correale’s podcast co-host – who is also a stand-up comic, and now an author and film actor – is one of the most successful touring comedians in the world. He’s coming to Buffalo on Feb. 1 and 2 for two nights of shows at Shea’s Performing Arts Center. Want to see him? Get ready to sit alone or pay jacked-up prices for secondhand tickets, because only single seats remain.

That’s typical for Maniscalco’s shows. Crowds are flocking, and they’re doing it so consistently that Billboard named Maniscalco its Comedian of the Year for 2018. Forbes included the 45-year-old on its highest-paid comedians list in both 2017 and 2018, citing gross earnings of $15 million a year and noting that concert-industry trade publication Pollstar calculated that he grosses an average of more than $238,000 per tour stop — and that was based on numbers from a few years ago.

Maniscalco has multiple recent and upcoming film appearances, including “Tag,” “Green Book,” and “Cruise.” After recording three Showtime comedy specials since 2012, Maniscalco’s newest special, “Stay Hungry,” was released on Netflix earlier this month. “Stay Hungry” is also the name of his current tour, and his best-selling memoir, which was released earlier this year.

As the son of an Italian mother and a Sicilian father, the 45-year-old Maniscalco loves food. But the concept of “Stay Hungry” dishes deeper. It defines his career, and his life as a kid growing up outside Chicago, where his father always taught him to “earn your keep.”

“Even at a young age,” Maniscalco told the Buffalo News in a recent phone interview, “I’ve always been out there working, whether it be cutting lawns or working at Fuddruckers.”

Maniscalco left Chicago for Los Angeles in his early 20s with a singular goal: Become a stand-up comedian. He pitched himself to dozens of agents and casting directors by sending an announcement with his headshot superimposed on a movie screen with the words, “Coming Soon to Los Angeles — Sebastian!” He was sure that would grab their interest.

What did work, however, was simply working. Maniscalco got a job as a waiter at the famous Four Seasons Hotel in Beverly Hills. On his nights off, and even on his breaks during shifts, he performed stand-up at the nearby Comedy Store on the Sunset Strip. Honing his skills onstage helped him catch the attention of comic Andrew Dice Clay and comedian/actor Vince Vaughn, who took him on tour. Capitalizing on those opportunities elevated Maniscalco to the status of full-time working comedian.

By the time Maniscalco met Correale, both were successful touring comics. They were well-known enough to draw crowds to clubs, but not widely famous. The pair first connected in Toronto, where they were performing on the 2011 Just for Laughs tour.

True to their profession, they became friends over a joke: Maniscalco climbed into the tour van carrying a clean shirt on a hanger, and Correale looked at him and teased, “I knew just from meeting you that you were the kind of guy who brings your ‘performance shirt’ separate.”

Maniscalco offered an excuse (and one that is true, if you watch his highly kinetic stand-up performances): “I sweat!”

Both men laughed, and their bond was cemented. “It was off to the races,” Correale said. “We just became really great friends.”

The next year, Correale and his wife, Jackie, moved to Los Angeles, where they became close with Maniscalco and his wife, Lana. The two comedians also began their podcast in 2012, which they have continued even after the Correales moved to Fredonia a year later so they could raise their soon-to-be born daughter near family. (Pete and Jackie Correale both attended SUNY Fredonia, and Jackie’s family lives in nearby Dunkirk.)

Every week, Correale connects with Maniscalco from a soundbooth he set up in his Fredonia home. Their producer, whose name is DJ Lou, is looped in, too. They’ve done 341 episodes and release a new one every Friday. It first airs on SiriusXM's Raw Dog channel at 5 p.m., and then is available for download as a podcast.

During the hourlong podcast, Maniscalco and Correale banter about families, road life, pop culture and other comedians. By default, "The Pete and Sebastian Show" has also served as a chronicle of Maniscalco’s ascension to the top of the comedy industry.

“He was doing it for a long time, and all of a sudden when it started to kick in about five years ago,” Correale said. He was sitting at a small table in a Fredonia coffee shop but gesturing as if he were on stage, his volume amped and clapping his hands for emphasis. He recalled Maniscalco talking on the podcast about Lady Gaga coming to a show in Los Angeles. Then there was the stretch when he sold out more than a dozen shows at Gotham Comedy Club in New York.

Building the family and act

Maniscalco’s career explosion didn’t happen till he was pushing 40, right around the time when life served him complex circumstances that have become comedy fodder. There was his parents’ divorce, which happened when Maniscalco was in his late 30s.

“I’ve got my mother – 73 years old – dating now, which I never thought I would see,” he said. “I’ve got to screen my mother’s dates off eHarmony. At first it’s hard to hear your mother is single and 70, but talking about it onstage definitely makes light of it.”

Maniscalco and his wife, Lana, are parents now, too. His daughter, Serafina, turns 2 this spring. He’s found plenty of comedy in the joys and challenges of fatherhood.

“It’s been very rewarding,” he said. “It tests your patience, definitely. We’ve been really having a great time with it. Not only just for ourselves, with our family, but also the comedy that’s coming out of raising a child is really, really good for the stage.”

Even the scary parts could become comedy. Serafina had a pair of hospital stays recently as she battled a respiratory issue. She’s fine now, Maniscalco said, and admits, “It’s been frightening, to be quite honest, to have a baby in the hospital for whatever the reason. It’s made me very, very sympathetic to kids who are sick and have a lot more serious problems than my daughter has.”

He said, yes, as time passes, the comedic elements of the situation are emerging, too, and sharing the experience from the stage can be healing.

“I like it more because sometimes people in the audience are going through something like that, and they think they’re the only ones,” Maniscalco said. “Also, it gives me an opportunity to talk about it and get it out to a room full of strangers. Although that might sound a little strange, just to share your life with a bunch of strangers who don’t even know you, but hearing them laugh kind of heals your soul a little bit.”

There’s more to come. The Maniscalcos are expecting their second child – a boy – in June.

“We’re building our family,” Maniscalco said, “and building the act.”

According to sources, the plan is for Murphy and Wood to go on the road to call games this season, unless things change because of the spread of Covid-19. The Bills open the preseason on Aug. 13 at Detroit.

The recent exit of Lillis as the noon to 3 p.m. personality is the latest change at the AM radio station.

Jackie Mason, a rabbi-turned-comedian with a feisty brand of standup comedy, has died. He was 93.

"For him to reach out and do that, I don't even have the words. I wish I could just give him a hug," said the mother of one of the victims.

Sebastian Maniscalco is coming to Buffalo on Feb. 1 and 2 for two nights of shows at Shea’s Performing Arts Center. (Alberto E. Rodriguez/Getty Images)

On a visit to SiriusXM in Manhattan, Pete Correale, left, and Sebastian Maniscalco posed for this picture in a photo booth located in the lobby of the satellite radio giant's offices. (Courtesy of Pete Correale)