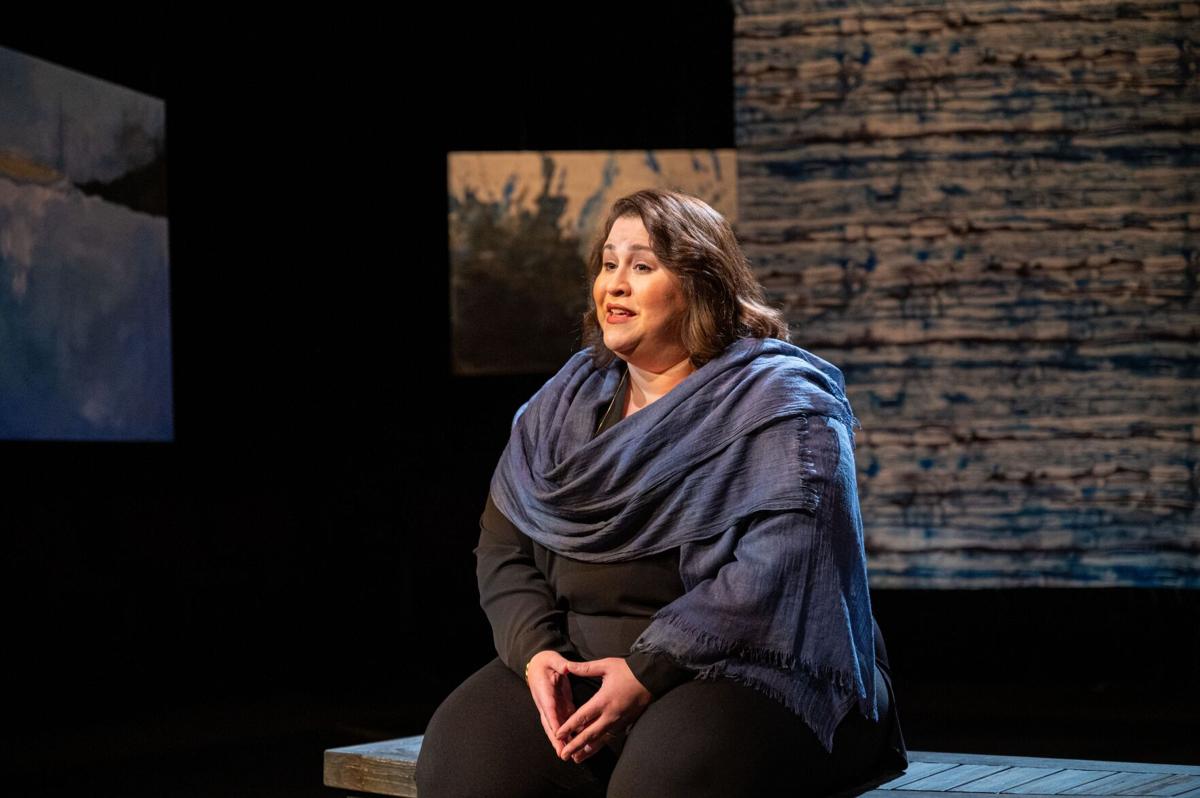 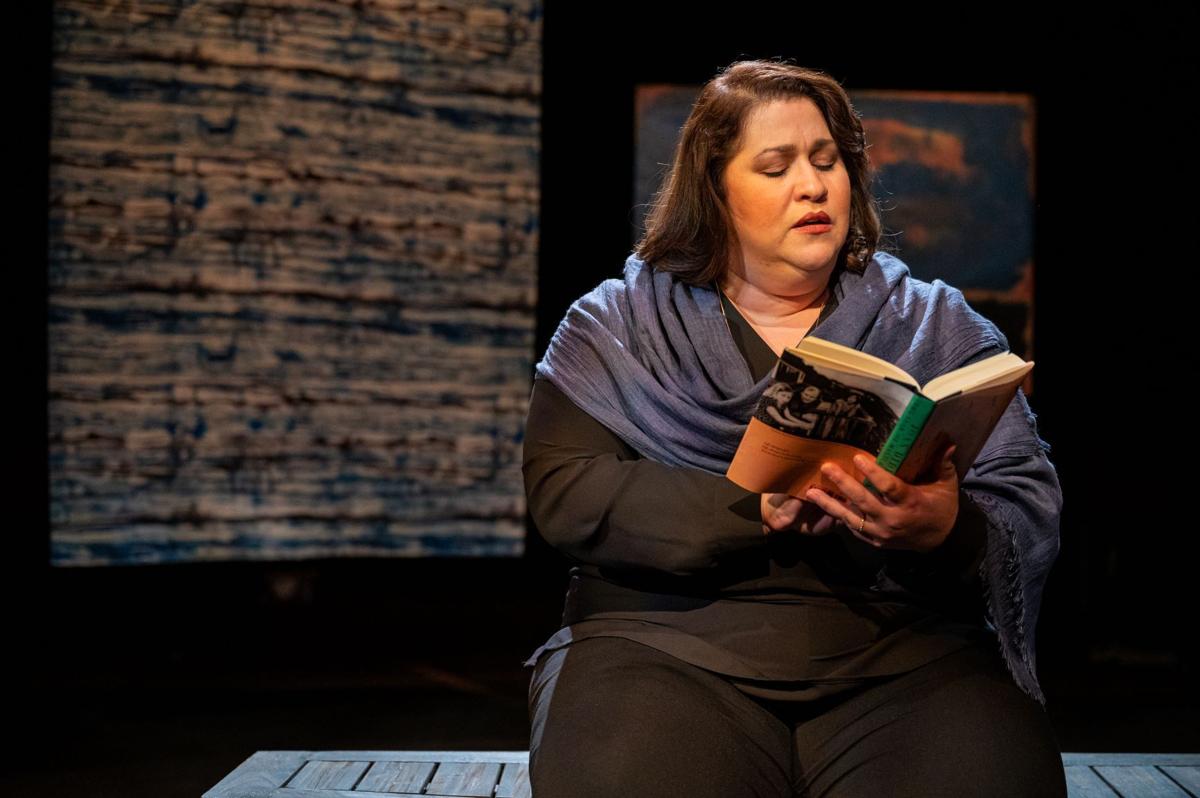 With “The Year of Magical Thinking,” Joan Didion seeks to give us a lesson in survival.

The play is a monologue based on Didion’s 2005 book of the same name about coping with the abrupt death of her husband, writer John Gregory Dunne. The piece goes beyond that memoir to explore the subsequent loss of the couple’s daughter at the age of 39, which occurred shortly before the book was published.

As the play begins, Didion tells us about the night when, while she was preparing dinner, her husband suddenly died at the table. We might think the events she is describing won’t happen to us, but she assures us they will. She wants us to be better prepared than she was. At the same time, she suggests that such preparation is impossible.

“You might think you’ll see it straight, but you won’t,” she cautions. With the wisdom and weariness of Cassandra, she tells us the truth but knows we will not understand or believe her. In Didion’s world, grief turns out to be a place none of us knows until we reach it. Indeed, when the moment of death arrived, Didion thought her husband was playing a joke, pretending to be dead. He wasn’t. Life changes in the instant. The ordinary instant.

I saw the original production of the play on Broadway in 2007, where Didion was portrayed by Vanessa Redgrave. Tall and regal, Redgrave does not resemble Didion, a diminutive native Californian. Irish Classical Theatre has gone in yet another direction by casting Victoria Perez, who gives an evocative yet plainspoken and understated performance, bringing a motherly quality to the portrayal. These dissimilar casting choices serve to emphasize the “everywoman” theme of the play.

For a play about death and grief, the experience of “The Year of Magical Thinking” is remarkably serene. Perez relates the story with quiet, measured phrasing, pausing with the thoughtfulness of a writer, as if to select her next words with precision.

Putting the experience in a writer’s vocabulary, Didion tells us that we will view loss as a kind of first draft that can be edited and corrected later. But death takes her outside of a world she can control through editing.

She confesses that she wanted to attend her husband’s autopsy so that when they found the cause of death, she could fix it. This is the magical thinking of the title. If she can just follow the right sequence of actions, her husband will come back. If she makes the slightest mistake, however, like giving away his shoes, he won’t.

When the story shifts from the death of the husband to the death of her child, a new wrinkle enters the experience of grief, guilt. “This wasn’t supposed to happen to her!” A mother protects her child; she doesn’t outlive her.

The monologue translates to the small screen beautifully. During the Broadway run, word was out that if you wanted to feel the full power of Redgrave’s nuanced performance, you had to sit close to the stage. Perez benefits from the closeness of the camera in this production, staged by LoConti and filmed at the Andrews Theatre in collaboration with Buffalo-based Pan-American Film Division. Even her face at rest projects meaning and emotion.

Perez is handsomely lit by Jayson Clark and costumed by Jessica Wegrzyn. The set, also by Wegrzyn, is a black expanse with painting and hangings that loom, expressively, in the background, and at one disorienting point of Didion’s narrative, in front of the action. Tom Makar’s sound design is especially compelling and provides momentum and interest to this one-person show.

“The Year of Magical Thinking” is a contemplative event. Don’t’ expect tear jerking. Do expect flashes of recognition and introspection.

"The Year of Magical Thinking"

Available through April 25. Patrons can stream the performance with or without American Sign Language  interpretation, and can toggle closed captions on and off. Tickets are $15 to $40 at irishclassical.com. Call 853-ICTC. 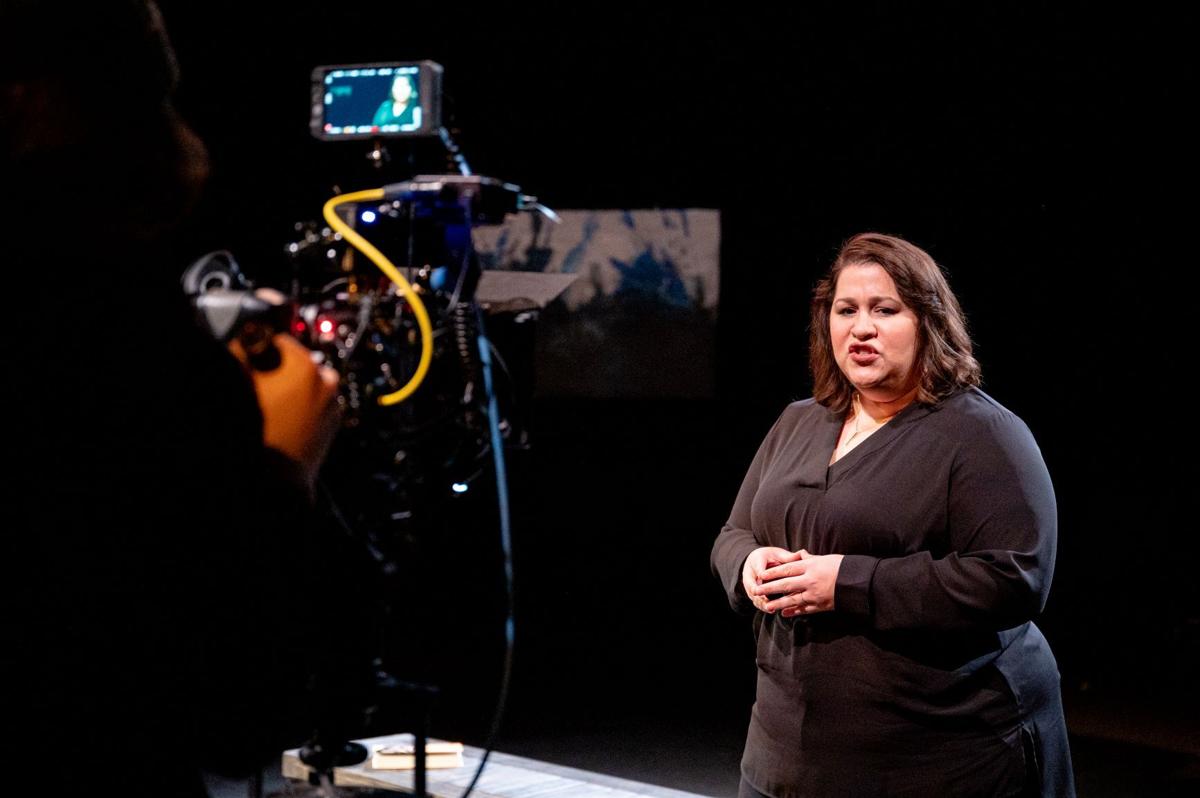 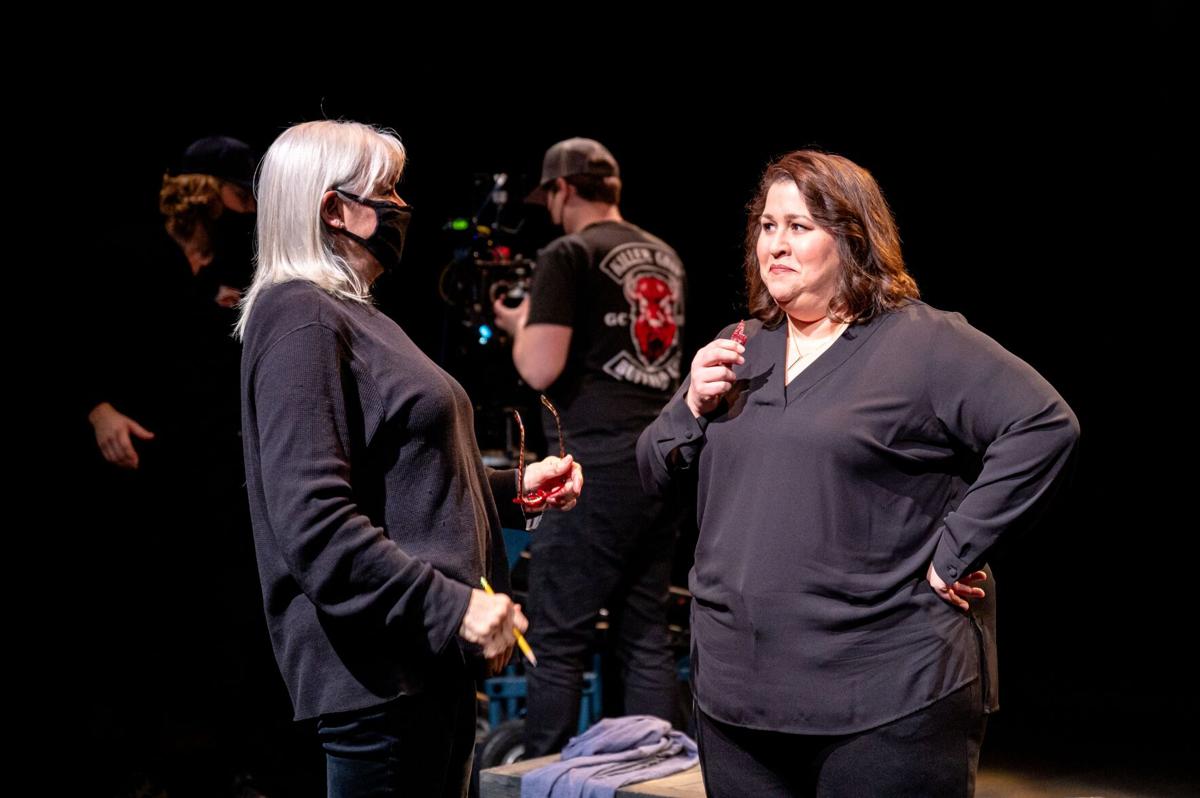 Director Kyle LoConti, left, and Victoria Perez talk during a break in filming of "The Year of Magical Thinking."