With songs like these, who needs a plot? Frankly, a storyline would just get in the way for the women of “Beehive: The ’60s Musical,” now onstage at MusicalFare Theatre. Even before the first chords are played, the theater’s artistic and executive director Randy Kramer shares that this lighthearted revue was selected just for fun, adding “You have carte blanche to hoot and holler and sing along!”

After all, we know all the words.

The singers dance onto Chris Cavanagh’s pop-art set in a burst of sequins and crowned with beehives (hair by Susan Drozd), introducing themselves through “The Name Game.” Without all the bo-na-na-fannas, they are Timiyah Love, Kristen-Marie Lopez, Sabrina Kahwaty, Lily Jones, Stevie Jackson and Brittany Bassett-Baran.

The show unfolds along a timeline of 1960s hits from the Ronettes and Chiffons, the Supremes and the Shirelles and more. In between, the “girls” on the stage giggle over boys and swoon over boys and worry about boys, meeting that “Sweet Talkin’ Guy,” realizing “You Can’t Hurry Love” and then, afterward, crooning a lovely and moving rendition of “Will You Still Love Me Tomorrow?” But mostly, they are working shirtwaists, tossing those flips and backing up one another with sweet, strong vocals.

Act II of this fast-moving concert opens on a more muted tone. It’s later in the ‘60s now, and the first number is the reflective “Abraham, Martin and John.”

The British invasion also is in full swing, with miniskirts, big prints and more solo acts. Lulu’s “To Sir, With Love” recalls its weeks at the top of the charts, and the trio of Love, Kahwaty and Lopez knock it out of the park paying tribute to Tina Turner (“We never do anything nice and easy”) and, in my favorite segment of the evening, delivering three songs from the one and only Aretha Franklin.

And these are tribute numbers. You feel the love with all the singers, even with the jokey versions of Janis Joplin, but they aren’t trying to be sound-alikes. And that makes sense. No one ever came close to Janis, and they aren't going to start now.

The onstage band of Jim and Jimmy Runfola, Larry Albert, Jim Linser and music director Philip Farugia gives the show a nice concert quality, and the voices of this fine cast provide a richness to music some of us might remember best from tinny transistor radios or 45s played in scratchy stacks, over and over and over.

The only complaint is, in the midst of all this music, you might wish for a little more. Some numbers are abbreviated for medley’s sake; others even more briefly touched on. Admittedly, it was quite a decade, and one show isn’t going to cover it all.

This one gives it a good shot, though, even if it is just for fun.

What: Musical tribute to the women singers of the 1960s, from early girl groups to Janis Joplin.

Summary: With nearly three dozen songs, an energetic cast and an onstage band, this show is designed for up-tempo, nostalgic entertainment and easy escapism.

Road Less Traveled's 'Guards at the Taj' was worth the wait

“Guards at the Taj” is just the kind of play you want to see if you like theater that is human, meaningful, funny, shocking, fresh, sad, happy, relevant and/or just plain good, writes Melinda Miller.

Ujima's 'Toni Stone' is an engaging, inspiring story of the first woman player in professional baseball

Racism and sexism meet their match in the formidable character of Toni Stone.

See 'Tina: The Tina Turner Musical' for the songs and performances, not the script

"The script does get us from song to song efficiently, and the cast is uniformly excellent," says News reviewer Anthony Chase. 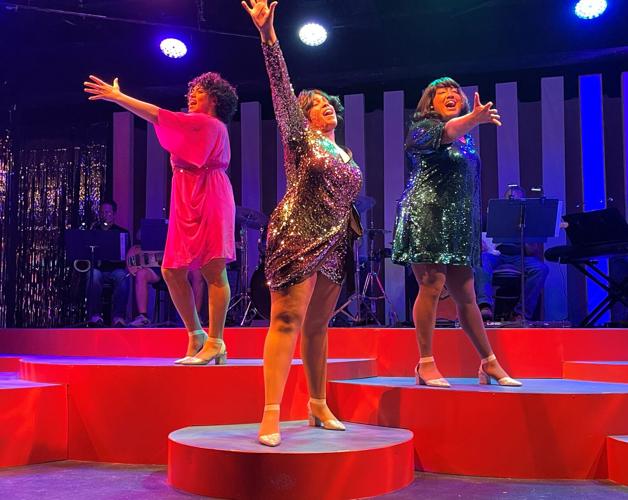 Kristen Marie Lopez, Lily Jones and Timiyah Love are three of the dynamic singers featured during "Beehive," a musical tribute to the music of the 1960s presented by MusicalFare Theatre. 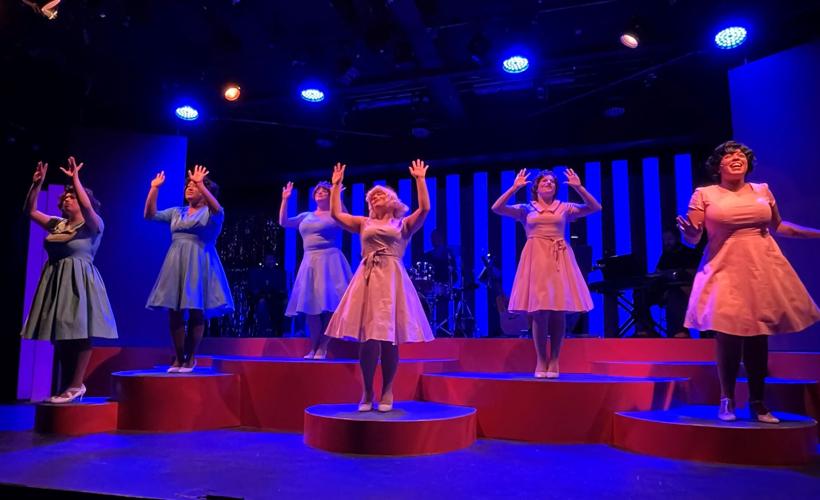