Curtain Up! marks the start of the theater season in Buffalo, and every year I look for patterns and trends in the schedule of upcoming shows. This year is striking for its optimistic gamble that the worst of the pandemic is behind us. For the first time in more than two years, we see a bold lineup of some very big cast shows and splashy musicals.

Nonetheless, we’re less than a month in the 2022-23 theater season and already three shows have stumbled with Covid cases, obliging them to delay openings. While the rest of the Covid-weary world is relaxing standards, the theater world can’t.

We are also seeing a continued movement toward greater diversity and inclusiveness in the play selections. This was turbo-charged after the deadly shootings May 14. Alleyway Theatre, for instance, is opening with “Magnolia Ballet,” about a black teenager in Georgia, which explores “masculinity, racism, and the love between a queer kid and his father.” Road Less Traveled will do Lynn Nottage’s “Sweat” and “Guards at the Taj.” Irish Classical will do “Thurgood,” about Thurgood Marshall. MusicalFare will offer “Lady Day at Emerson’s Bar and Grill” about Billie Holiday.

Theaters have to juggle multiple factors in planning their seasons.

Alternating between expensive large cast shows and more economical small cast shows has always been a way for theaters to moderate cash flow. After Covid, however, small cast shows also became a way to protect theaters from closing down in the event of an upswing in infections. For the same reason, we’re seeing a continued trend toward understudies and swings.

Shea’s is making a big foray into producing, with its own production of the musical “Once on this Island,” which, set in the Caribbean, is both big and diverse. That’s at Shea’s 710 Main, which will also host the ambitious nonmusical “Murder on the Orient Express” later in the season.

As if to hedge their bets, however, we are also seeing theaters tuck tiny musicals into the mix. That includes the one-person (with piano) “Lady Day” and “Tell Me on a Sunday” coming to MusicalFare this winter. O’Connell and Company will alternate its big shows with the small Rosemary Clooney musical, “Tenderly,” and the four-person “Romance/Romance” in the spring.

The same is true of nonmusicals. Observe as D’Youville fluctuates between two-person “Misery,” based on the Stephen King novel, and the huge and “mad as hell” “Network.”

Another contrast to look for is the mix of crowd-pleasers with more sophisticated shows. Often the season opening is designed to hook subscribers. Road Less Traveled, a reliable home for serious drama, has “Mysterious Circumstances,” a Sherlock Holmes oriented play, in its first slot. The rest of the season sends the clear message that this is a home for serious drama, where diversity is a priority.

D’Youville opened with a big musical and is also offering “The Play That Goes Wrong,” a dopey slapstick comedy. These shows should buy them the space for “The Sound Inside,” a far more sophisticated Broadway play.

At LGBTQ+ oriented Buffalo United Artists (BUA): “Gentleman Caller” imagines a fraught and sexy rendezvous between William Inge and Tennessee Williams in 1944, before either was famous – I’d call that sophisticated. Later BUA is doing the play “Mediocre Heterosexual Sex.” The title says “crowd-pleaser.”

At the Irish Classical Theatre Company, where the offerings are never too lowbrow, the crowd-pleasing choices appear to be a stage adaptation of Charles Dickens’ “Great Expectations” and Oscar Wilde’s perennially popular “The Importance of Being Earnest.” These familiar titles provide a cushion for “Doubt,” “Thurgood” and “The Mai.”

Alleyway and American Repertory Theater primarily do new plays, so familiar titles are not an option. Still, Alleyway offers the ever-popular “A Christmas Carol,” and ART will try to lure patrons with “The Birth of Santa” by Justin Karcher.

Jewish Repertory Theatre of WNY provides a model three-show lineup: “The Chosen,” a sophisticated story based on a novel; “Tuesdays with Morrie,” an economical two-person play; and “Barefoot in the Park,” Neil Simon’s crowd-pleasing domestic comedy.

I am often asked if Buffalo has “too many theaters.” The answer is no. We might have an abundance of theaters serving the same white, affluent, older audience, but we also have audiences that are underserved. With that in mind, it is troubling that the Paul Robeson Theatre at the African American Cultural Center, still in disarray after the death of their longtime executive director, has not announced a season yet.

It is heartening that Ujima Company, firmly rooted in the many traditions of African American theater,” has survived the death of founder Lorna C. Hill and is ensconced in a beautiful new theater on Buffalo’s West Side. Ujima has announced an ambitious season, beginning with “Church and State,” the story of a U.S. senator’s bid for re-election in the wake of another school shooting. This will be followed by “Toni Stone,” “Choir Boy” and “Cullud Wattah,” three very sophisticated offerings of prominent American plays.

Curtain Up!, the annual celebration of Buffalo's theater season, is Friday. Sept. 16. Here's a look at what's happening on area stages as the …

Season preview: MusicalFare Theatre celebrates songs from Gershwin to Aretha and beyond

The first show of the 2022-23 season, “Nice Work If You Can Get It” (opening Sept. 14), is a hybrid of the old and new, and a regional premiere for MusicalFare.

Coming up this season at the Alleyway Theatre are three new plays and a regional premiere: “The Magnolia Ballet,” “Burst,” “The Aleph Complex” and “Kragtar!: The American Monster Musical.”

When American Repertory Theater of WNY pulled the plug on “The Paradigm Bomb” in May, it was the right decision, the playwright said. For a ci…

George Clooney says there is no downside to his wife Amal 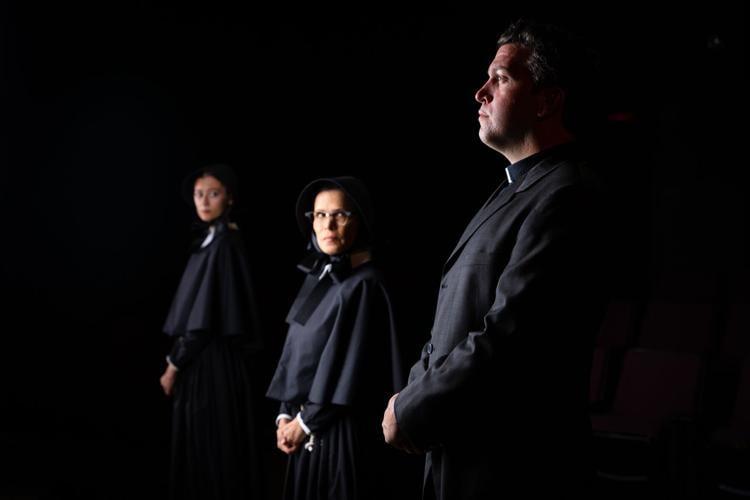 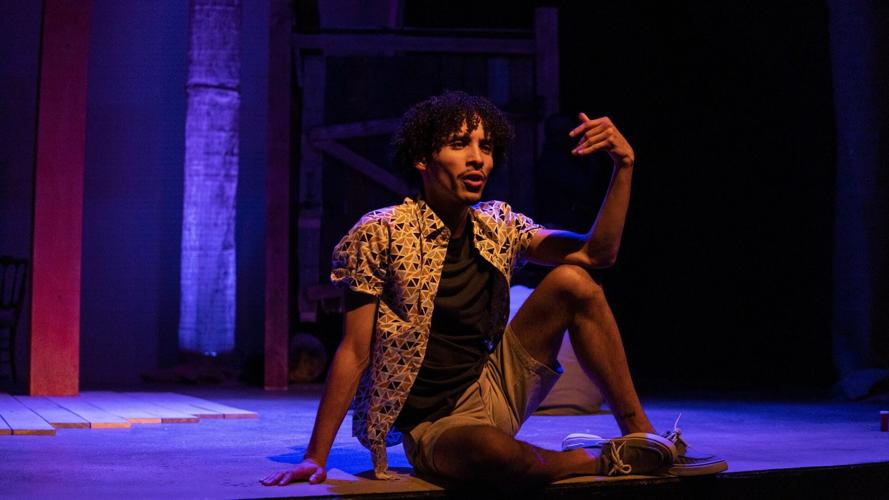