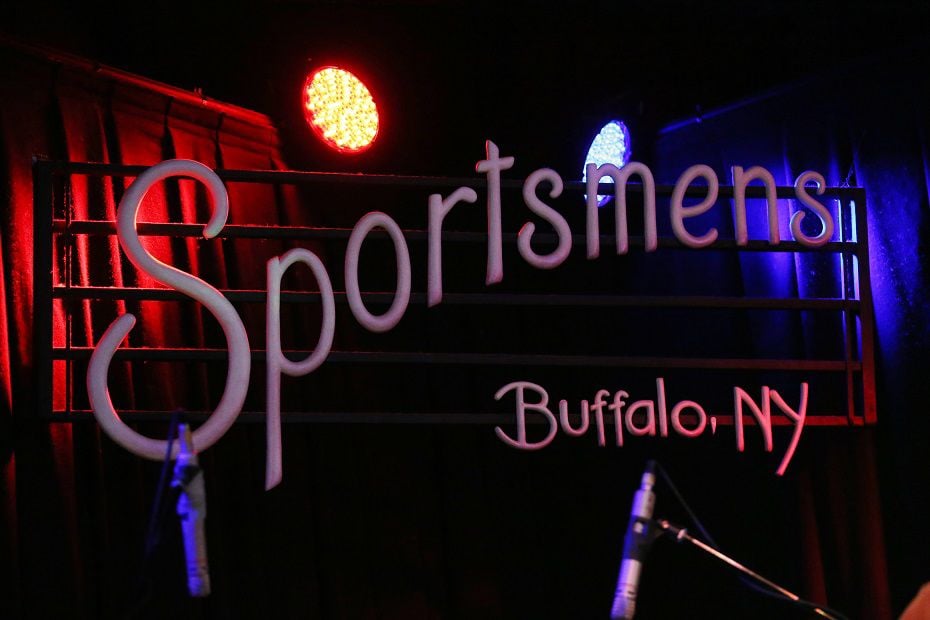 Dwane Hall took over the Sportmen's Tavern on Amherst St. in Buffalo, 32 years ago and it has become a family business with all three sons involved in the operation of the tavern, which has live music seven days a week. (Sharon Cantillon/Buffalo News) 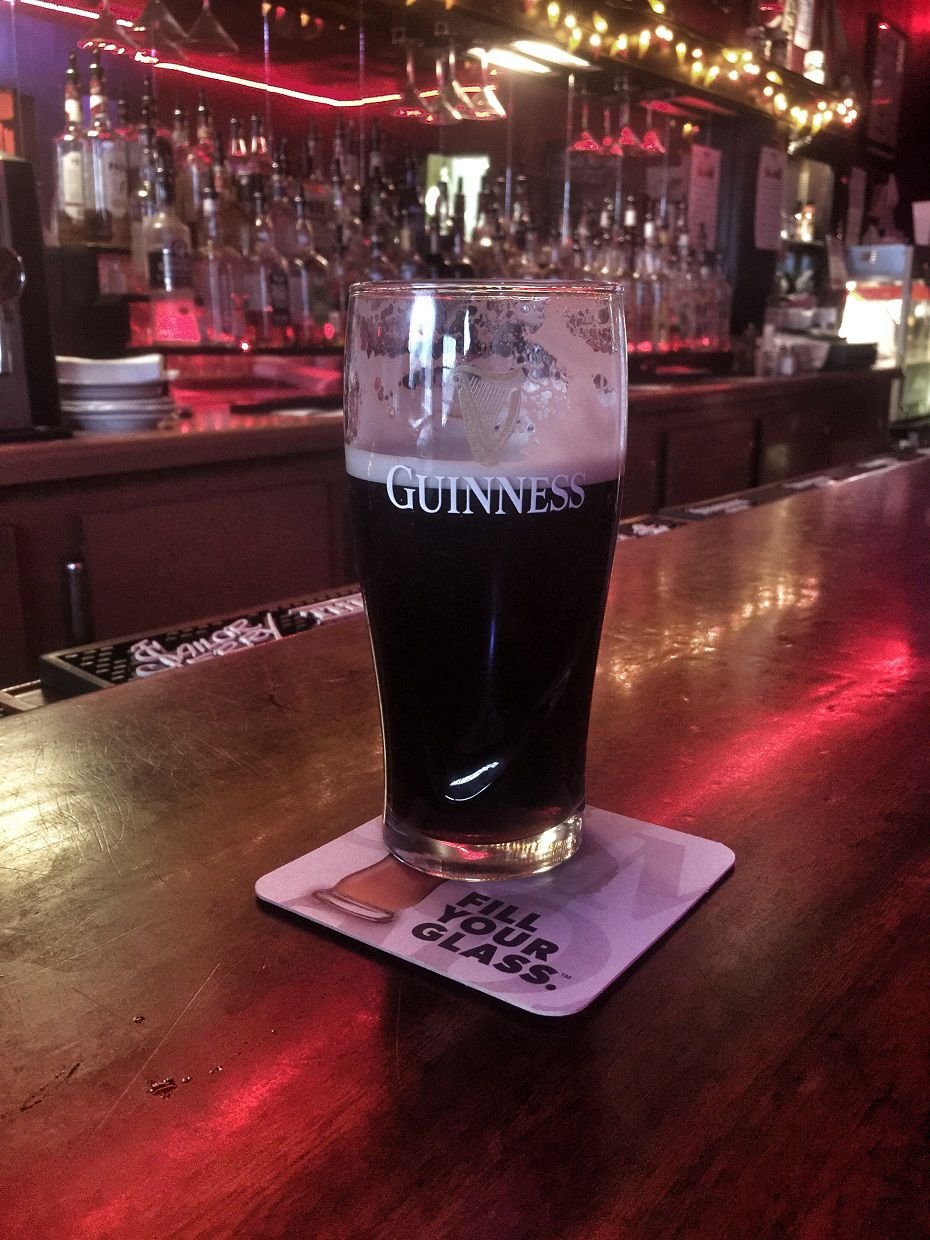 My beautifully poured Guinness helped me kick off the cold at Hot Mama's Canteen. (Photo by Jeff Miers) 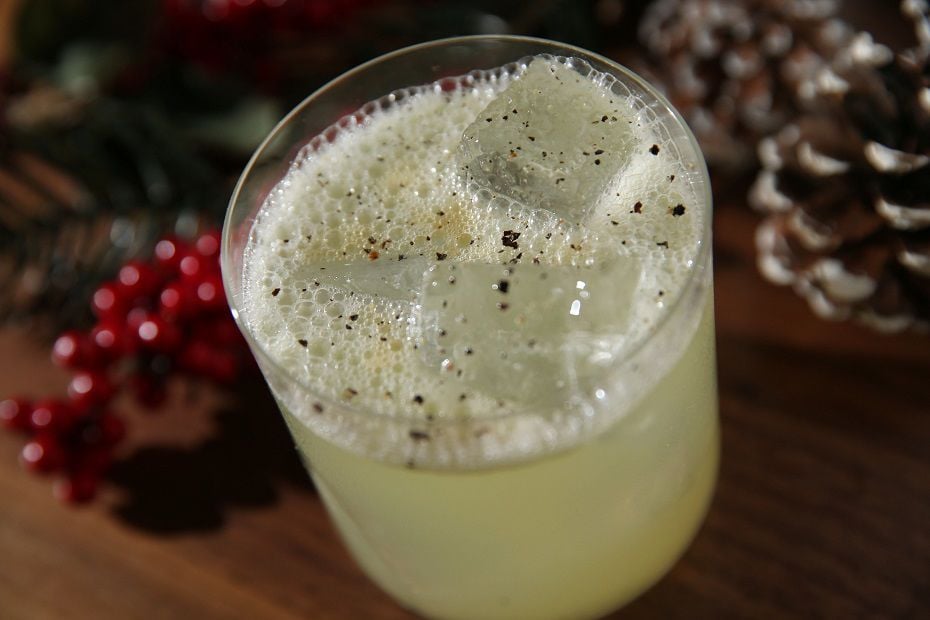 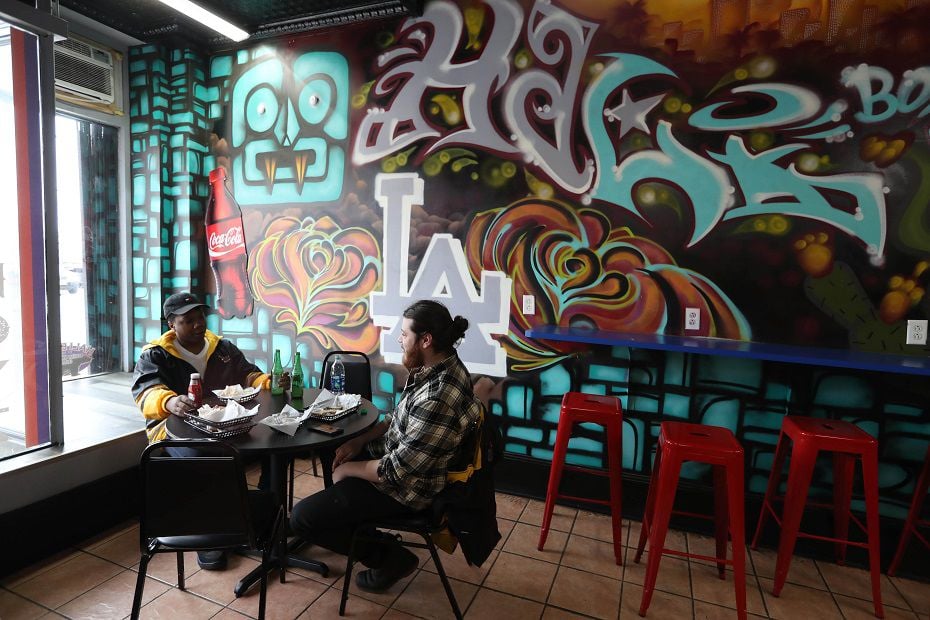 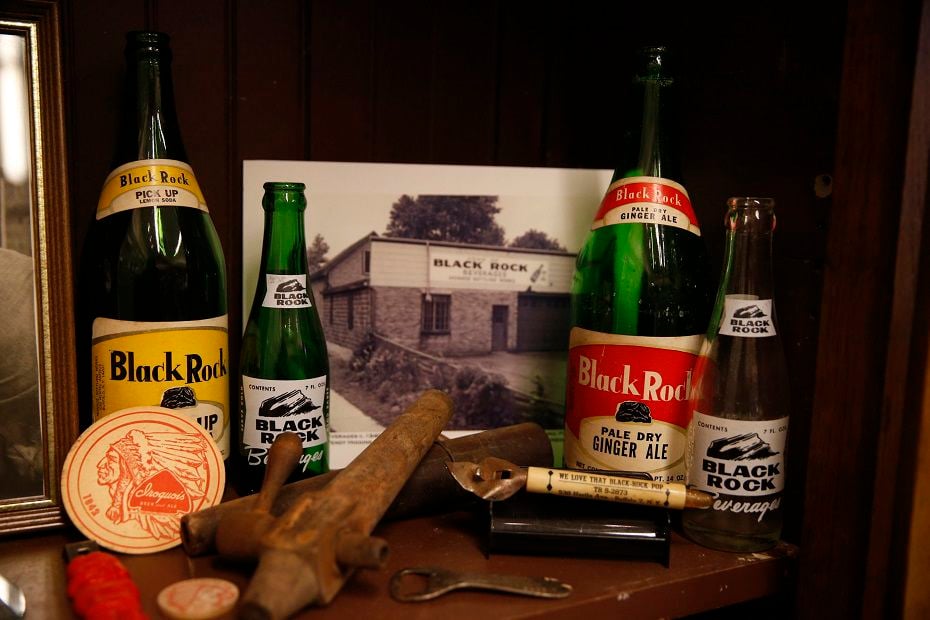 It’s fitting that Black Rock, one of the first neighborhoods in Buffalo to boast a community-based individualism and a progenitor of what we now know as the “buy local” movement, is experiencing a bit of a resurgence along the lines of what’s happened in the Hertel, Elmwood Village and Canalside regions.

“Black Rock, by the end of the 19th century, had developed a community structure and outlook that was similar in many respects to a small town,” writes Buffalo historian Mark Goldman in a piece dubbed “First There Was Black Rock".

“While Black Rock, like Grant-Amherst and Riverside, has always consisted of working-class people who worked in the factories that surrounded these neighborhoods, the community was never ethnically homogeneous. Indeed, what is so interesting about the rich and compelling community that developed in Black Rock is that it appeared among an ethnically diverse people.”

The multi-ethnic, working-class, salt-of-the-earth mentality that helped the neighborhood survive its darkest economic days is still evident in a community that has been bolstered by many new businesses along its main drag of Amherst Street between Grant and Military Road. Black Rock is a happening place these days, particularly if your idea of a good time involves a wide variety of food choices, craft beer in a frosty pint glass or no-frills suds straight from the can, and a broad array of live music choices along a several-block radius.

I summoned that independent spirit on a recent weekday, braved a blustery snowstorm that turned what’s normally a 15-minute drive into an hour-plus commitment, and hit Black Rock with a defiant attitude, eager to stroll the streets for food, spirits and music, even if I damn near froze to death in the process. It seemed like the least I could do to celebrate the indomitable spirit of Black Rock.

This place strikes me as the perfect representation of what’s making Black Rock feel vibrant these days. Run, since 2002, by two brothers of Mexican and Lebanese descent from the Los Angeles area, serving halal tacos and avoiding pork altogether, this funky little joint boasts a family vibe, from the graffiti-like “street art” covering the walls to the friendly service.

Knowing I had a full evening of caloric indulgence ahead of me, I thought I’d keep things simple to start – a couple of vegetal tacos, bathed in the forgiving glow of an onion and cilantro mix. Delicious.

By the time I scarfed my tacos down and headed for the door, the weather had taken a turn for the worse, and I was worried businesses might be shutting down early, so I quickened my pace toward the Dapper Goose for a cocktail. On the advice of a friend and colleague who also happens to be the biggest foodie in town, I was seeking a bougie mixed drink known as Broken Garden Tools.

[Related: Review of the Dapper Goose]

Owners Keith Raimondi and Tim Leary first made the drink for a Father’s Day brunch at Townshend, the joint they were running in Philadelphia. The drink proved popular there, and made the journey with the pair to Buffalo, where it has become the Dapper Goose’s unofficial signature cocktail.

Mine lived up to the hype and then some. The combination of gin, celery juice, lemon and parsley was incredibly refreshing and made me consider swearing off Bloody Marys forever. Broken Garden Tools – it’s not just for brunch anymore.

I’ve been meaning to stop by Hot Mama’s Canteen since it opened in 2014, and I previously had to ‘take the L’ on that count. No more.

With the refreshing taste of the gin and celery juice still tingling my taste buds, I headed back out into the snow down Amherst toward the sharp right onto Military, where Hot Mama’s Canteen beckoned like a lighthouse.

Owner Valerie Meli – proprietor of the Headstone Heat hot sauce company, and a veteran of the bar service industry with stints served at Allentown clubs like Nietzsche’s and the Bend – brought a distinctly bohemian, Allentown-ish vibe to Black Rock when she opened Hot Mama’s.

I was pleased to indulge in it as the wind blew me right past co-owner Glen Plato, busy shoveling the sidewalk out front, and into the cozy boho vibe.

Meli was chatting with friends at the end of the bar as I grabbed a stool, ordered a Guinness, asked for a menu, and rather willingly took the bartender’s advice and ordered a plate of Mama’s Beer-Battered Fire Pickles.

I can’t believe I’ve been denying myself such pleasure for so long.

Mouth on fire, I switched to a delectable Hayburner American IPA, made by Buffalo’s own Big Ditch Brewery. The menu beckoned, and I heeded its call, settling on the Black Rock Brew Burger – gorgeously caramelized onions, bacon, Swiss cheese, and a hearty Black Rock Brew Sauce atop it all – ably complemented by a side of sweet potato fries, which I promptly doused in Meli’s own Mexican Aftershock sauce. Heaven, to be sure, but a particularly spicy heaven, one where another Hayburner felt like more of an obligation than a choice.

Hot Mama’s Canteen is a cornerstone of the still-emerging new Black Rock, its commitment to live music most nights of the week a perfect complement to its inspired menu and distinctly Bohemian Buffalo vibe. Frankly, I didn’t want to leave. Alas, a jazz gig just down the street beckoned.

The Herb Smith Freedom Trio, a killer modern jazz combo from Rochester, was slated to play at IEV at night, and I’d spent the early part of the week getting psyched by immersing myself in some pretty crushing live videos of the trio. Sadly, it seemed the snow had snuffed out my plans.

Trudging through the rapidly accumulating powder toward the door of the building – formerly home to the storied Audio Magic recording studio – I experienced a sinking feeling, confirmed by the lack of cars in the lot and locked door. No go.

Owner Chuck Anderson and his staff have greatly aided Black Rock’s ascendancy with their combination concert space and recording studio, and I’ve attended several shows over the year the Event Center has been open, most notably an unforgettable performance by Chris Dave & the Drum Hedz. If you’re considering a night out in Black Rock, plan it around a show at this frankly awesome venue.

Back where it all began.

I recall spending a few hours with Sportsmen’s owner Dwane Hall one afternoon in 2011, as he showed me blueprints for his planned expansion of what was then a tiny club and spoke passionately of his belief in Buffalo in general and Black Rock in particular.

Now, it’s not possible to imagine a Buffalo music scene without the remodeled and expanded Sportsmen’s at the center of it. I’d been denied my evening of hot jazz at Imagine Event Center, but a nice cold bottle of Heineken and some fiery local music made up for it.

Located in the same building as the Black Rock-Riverside Alliance, the Historical Society offers an authoritative history of Black Rock and works tirelessly to celebrate the region and bolster its ascendance. If you’re interested in learning how Black Rock became a part of Buffalo, stop by between 5:30 and 8 p.m. Wednesdays, 10 a.m. and 4 p.m. Tuesdays and Thursdays, or 11 a.m. and 3 p.m. Fridays and Saturdays.

My friend and occasional News contributor Seamus Gallivan has hosted the Slow Roll bike tour through Black Rock, and his thoughts on the region point to its significance in Buffalo’s cultural growth.

“There’s long been a lot of hype about Black Rock being on the verge of blowing up,” Gallivan said. “That hype is now centered not just on its main drag of Amherst Street, but also on its outer edge on Chandler Street, where there’s some great public art and a lot starting to happen.

"All along, Black Rock has remained a close-knit, diverse, gritty, humble place.”

Indeed, it has. Even a bitter, blinding snowstorm can’t obscure that fact.

Lorna C. Hill, an actor, storyteller, poet and playwright, is best known as founder and artistic director of Ujima Company, died on June 30, five days after her 69th birthday.

Kenn Morgan, the beloved Buffalo photographer, educator, podcaster, radio host and mentor, died in his sleep on June 1, after suffering a heart attack. Though he might not have been a household name, members of the photography and fine arts communities knew Morgan as a deeply talented photographer, a serious supporter of the local scene and a fan of

Dwane Hall took over the Sportmen's Tavern on Amherst St. in Buffalo, 32 years ago and it has become a family business with all three sons involved in the operation of the tavern, which has live music seven days a week. (Sharon Cantillon/Buffalo News)

My beautifully poured Guinness helped me kick off the cold at Hot Mama's Canteen. (Photo by Jeff Miers)