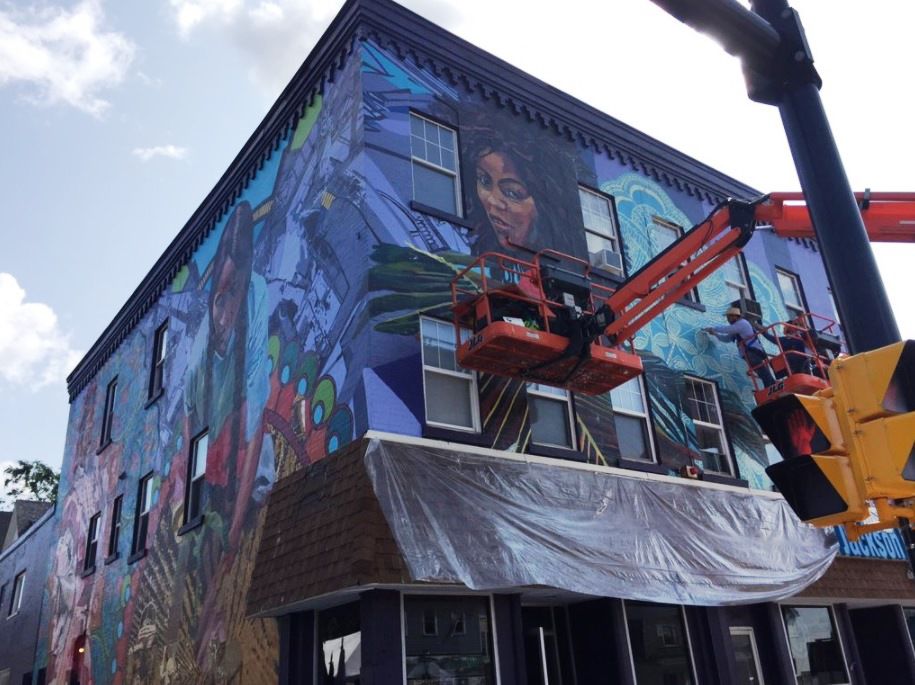 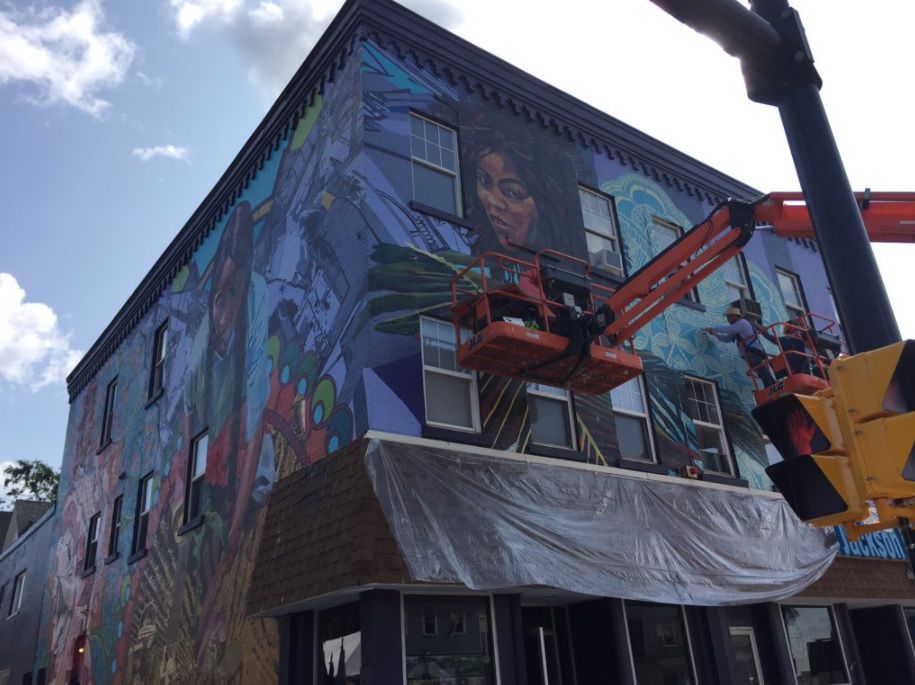 Two sides of a brick building built 97 years ago on the West Side now showcase a new tribute to Hispanic heritage in Buffalo.

A mural by Philadelphia-based artist Betsy Casañas was created in conjunction with the community and dedicated Friday at Niagara and Jersey streets in Buffalo's Hispanic Heritage District.

Some members of the public even got to paint a part of it themselves.

The public art project arose from a collaboration among several organizations, including the Hispanic Heritage Council of Western New York, the Albright-Knox Art Gallery's Public Art Initiative and the Rich Family Foundation.

For five days in late July and early August, 5-foot-square pieces of parachute cloth were laid out at the Central Library. The artist's image was projected onto the cloth and stenciled. Anybody had the chance to walk in, pick up a paint brush and essentially paint-by-number and be a part of the final installation.

To Casañas, the process of creating the art was more important than the final product, she said.

"It is really, really important for me to build these connections in the community, to make sure that when people are in the space, they feel welcomed, they feel accepted, they feel like a significant part," Casañas, who is of Puerto Rican heritage, said during Friday's dedication.

Casañas' mural is titled "Patria, Será Porque Quisiera Que Vueles, Que Sigue Siendo Tuyo Mi Vuelo (Homeland, Perhaps it is Because I Wish to See You Fly, That My Flight Continues to Be Yours)."

The piece features bold colors and depicts three women: an indigenous woman planting food, a Puerto Rican woman and a traditional Spanish dancer. There are also motifs based on agriculture, industry and Central American textile design.

"Today's a very proud day for our community," said Casimiro D. Rodriguez Sr., president of the Hispanic Heritage Council. "It's not a culmination, but it's a beginning. It's a beginning to the beautiful things that are going to be incorporated in this area to talk about our history and our heritage."

The building, at 585 Niagara St., is owned by Buffalove Holdings.

A project like this typically takes five or six months to complete. Work on this mural got done in the span of about 30 days. It involved many 18-hour days for the artists involved.

Claudia Carballada, a Buffalo native who moved back to the area from Los Angeles about a year ago, was one of those artists.

"To me, I think what's beautiful - people can see something stunning as they walk down the street," Carballada said. "I've seen, by coming from Los Angeles, how neighborhoods can transform just by the visuals that are around."

From spring flower arranging to a virtual Dyngus Day beer tasting, there's plenty to do virtually in April.

Safe and soul-nourishing: What it's like to make an in-person visit to 5 Buffalo art galleries