Anyone who serves up theater along with Italian-American cuisine knows that some of the best experiences come when you find just the right mix of sweet and savory.

Show after show after show, director Jay Desiderio is proving himself to be a master of those combinations, and he has done it again with “Making God Laugh,” running through Nov. 6 at Desiderio’s Dinner Theatre in Cheektowaga.

“Making God Laugh” is not filled with clever wordplay, intricate stagecraft or fancy special effects. It doesn’t need them. Instead, playwright Sean Grennan keeps things close to home with a loving comedy/drama about a mother coming to terms with the lives her grown children are making for themselves. Needless to say, things aren’t going as she planned.

The saying is that, to make God laugh, tell him your plans, but this mom isn’t laughing. We, however, are.

The setting is the family living room over four holidays, in 1980, ’90, 2000 and 2010. Bill (Michael Breen) and Ruthie (Lisa Hinca) are empty nesters as the show opens, with oldest son Ricky (Vincent Barile) looking for investments, daughter Maddie (Audrey Grout) prepping for an acting career and youngest son Tom (Caleb Paxton) finishing seminary on his way to the priesthood.

From his ever-present fanny pack to the brand-new salmon-colored Pacer he has parked in the driveway, it’s clear Ricky, who prefers being called Rick, has some challenges ahead, and Barile is delightfully energetic in chasing after every one of them. From his mullet to Y2K to Enron, he seems destined to be wrong about everything. Until he’s right.

Grout has the more thankless role as sarcastic Maddie, a perfectly normal young woman who holds her own when trading jokes and jabs with her brothers but who can never measure up to her mother’s standards.

Paxton is an anchor as Father Tom. Even though Tom is the youngest, he’s the most grounded member of the family, doing his part to calm the waters without allowing himself to be tossed into the fray. (He also has been blessed with some of the best one-liners in the show; listen for them.)

As for the dad, although he’s the family patriarch, Bill appears to be devoted more to deflecting conflict than solving it. Fortunately, Breen gives him a gentleness that makes it clear his concessions are made out of love, not weakness.

And this is, at its heart, a very funny, loving family. Why else would everyone choke down Ruthie’s inedible “Fantasia dip” year after year instead of telling her that it is putrid? In fact, her kids will do almost anything to keep from hurting Ruthie’s feelings. What they won’t do is stop being themselves.

Ruthie is a devout woman who built a life around self-sacrifice. Hinca spares nothing as she turns what begins as a one-dimensional caricature into a fully realized woman, a person her children never really knew until she’s almost lost.

The themes of “Making God Laugh” are so real and serious that it is remarkable how funny the show is; it’s also so funny that it’s amazing how touching it is. Just be warned: If you have a family, it is extremely likely that at one point or another, you might see yourselves in this.

Which makes sense. Desiderio's is a friends-and-family kind of place, with consistently well-prepared meals before each show. Soup or salad, entree and a light dessert are always included in the price, which varies slightly depending on if you get the pasta with its rich homemade sauces (you also can't lose with the eggplant parm), the tender roasted "catch of the day," or perhaps a ribeye steak.

Playwright Justin Karcher delivers his cautionary tale through a series of soliloquies, flooding the audience with observations, ideas and philosophies.

With a potent variation on the “Black Lives Matter” theme, this play argues that visibility and recognition also matter.

ICTC's 'Great Expectations' is a clever adaptation of a timeless tale

Rather than re-creating the trappings of Victorian English life, this show, under the direction of Chris Kelly, delivers the spirit of Dickens as though he had written the story yesterday.

“The Sound of Music,” now onstage at the Lancaster Opera House after the “Snowvember” postponement, is a holiday treat from top to bottom.

With nearly three dozen songs, an energetic cast and an onstage band, this show is designed for up-tempo, nostalgic entertainment and easy escapism.

“Cadillac Crew” by Tori Sampson, which opens Dec. 1, kicks off the season with a story set during the peak of the civil rights movement. 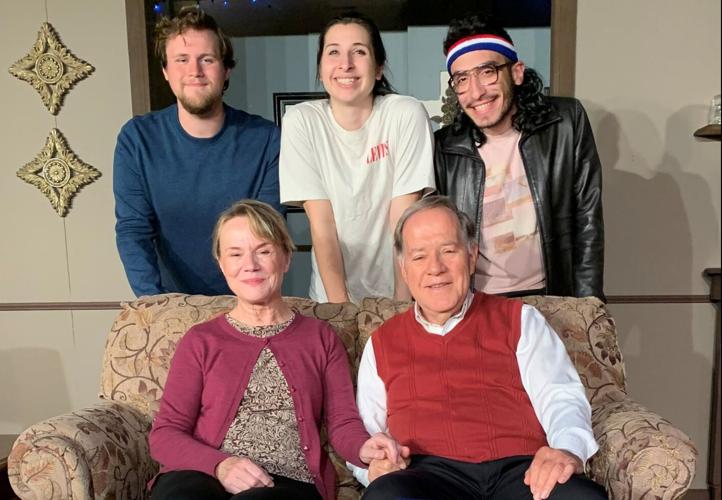 The annual holiday portrait is a big deal in "Making God Laugh," a loving and funny look at a family through the years at Desiderio's Dinner Theatre. It stars, from top left, Caleb Paxton, Audrey Grout and Vincent Barile; seated are Lisa Hinca and Michael Breen. 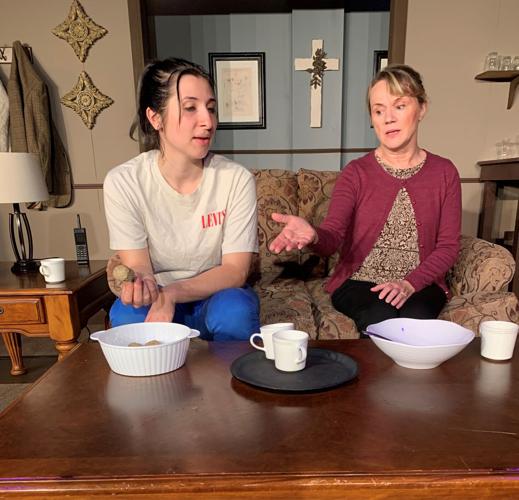 Maddie (Audrey Grout, left) is constantly belittled about her weight and overeating by her mom, Ruthie (Lisa Hinca) in "Making God Laugh" at Desiderio’s Dinner Theatre. 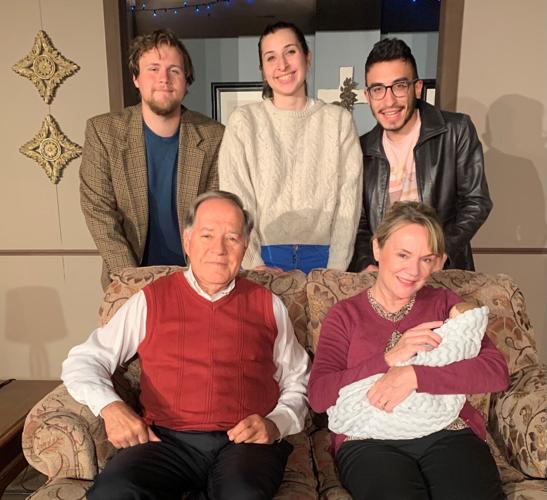