Even if I wanted to find something to criticize about Alleyway’s world premiere production of “Burst,” I would have to struggle to find a flaw. This is one solid show, from its complicated, charismatic characters to Collin Ranney’s equally solid contemporary set that doesn’t even shudder when the door gets slammed.

The set is the office of Sarah Boyd, CEO of Tactix and a tech superstar who is preparing to unveil a product that will do nothing less than change the world.

Tactix is (reportedly) on the verge of making biodegradable plastic. Or, as Sarah says, they have “the only real solution” to the mountains of plastic that are “literally burying us alive.”

No wonder she is working late.

As the show opens, Sarah (played by Tracie Lane) is alone onstage, rehearsing a speech for the product’s unveiling. She presents herself well: an attractive, poised and possibly benevolent visionary under a sleek blonde bob and dressed in calculated corporate casual wear. The only tip-off to what lies beneath is her dragon-lady-red lipstick.

Soon enough, the veneer is cracked and the dragon rears up, roused by the unexpected sudden entry of Sarah’s longtime friend and company co-founder, Jennifer Weaver (Aleks Malejs).

The contrast between the two women is clear immediately.

While Sarah is the flawless face of the company, Jennifer is its unadorned energy. Her hair, caught up in a messy bun, is a stranger to salon shears, and her cargo joggers and striped T-shirt are genuinely casual. It’s likely that she doesn’t even own lipstick. Not just a founder, however, she also is the company’s lead researcher.

Sarah, with her Type A+ personality, flairs at the interruption, but, aware of Jennifer’s top-tier status, quickly deflects her anger toward an unseen assistant who apparently has gone home after a mere 12 hours on the job. (Spoiler: The assistant will be fired within minutes.)

This is where “Burst” takes off. Playwright Rachel Bublitz (who was in Buffalo for the play’s opening) has an impeccable ear for dialogue, and Lane and Malejs are impeccable in delivering it.

Sharp, smart and evenly matched, we have no trouble believing that, despite their wildly different personalities, that these women are, or at least once were, good friends.

But on this late, late night at the office, the relationship is being tested. Sarah has brought a lawsuit against the women’s former professor and mentor, who encouraged them in the work that built their company.

In a public interview, the mentor questioned the viability, and even the possibility, of the magical plastic that Tactix claims to have invented. Sarah is suing her for defamation.

Jennifer, caught in the middle and much happier in the lab, has serious qualms about the statement that Sarah has written for her to read in court. She really would like to avoid testifying, she says, adding apologetically “not that any of it is a downright lie.”

As the argument/discussion continues, actress Lane spews Sarah’s rapid-fire denials and deflections like the defensive diva she is. Opposite her, Jennifer holds her own, erecting the kind of invisible force field that comes from long exposure to a manipulator. The performances are a wonder to watch.

The women aren’t laughing, but we are. Lane’s scattershot attacks and digressions are just wild, and Malejs wields Jennifer’s nonconfrontational authority with such effective comedic power that it completely disarms us.

Throwing oil on the fire is the arrival of a business reporter, played with journalistic grit by Christine Turturro, who has “clearly done her homework” about all things Tactix. She questions its founding, its finances, its corporate and chemical structure. Focused, female and a big fan of tech, she is initially dismissed by Sarah as fluff.

Director Daniel F. Lendzian expertly choreographs these three women gladiators as they test each other’s strengths and weak spots, giving them plenty of space to do what they do best. In the background, the artistically stacked windows of plastics heats and cools from icy gray to blue to red with Emma Schimminger’s emotion-track lighting.

Of course, any resemblance to the rise and fall of real-life tech disaster Theranos and its founder Elizabeth Holmes (convicted on four federal counts of fraud) is purely intentional. But Theranos is far from the only company, person or political party to opt for public relations over progress, or even for ping-pong tables over humane personnel policies.

Which all helps to make the play that much more fun, knowing that, unlike Tactix’s biodegradable plastic, this madness really is possible. Just watch!

Summary: An extraordinary show, propelled by exceptional performances and a “ripped from the headline” plot.

Where: Alleyway Theatre, One Curtain Up Alley (Main Street)

Suspense escalates deliciously, scene by scene, as Loraine O’Donnell and Adriano Gatto expertly play cat and mouse in story of a romance novelist kept prisoner by his No. 1 fan.

Mariah Carey does not refer to herself as 'Queen of Christmas'

Mariah Carey does not refer to herself as 'Queen of Christmas'

This Day in History: 'Scarface' opens in theaters

This Day in History: 'Scarface' opens in theaters 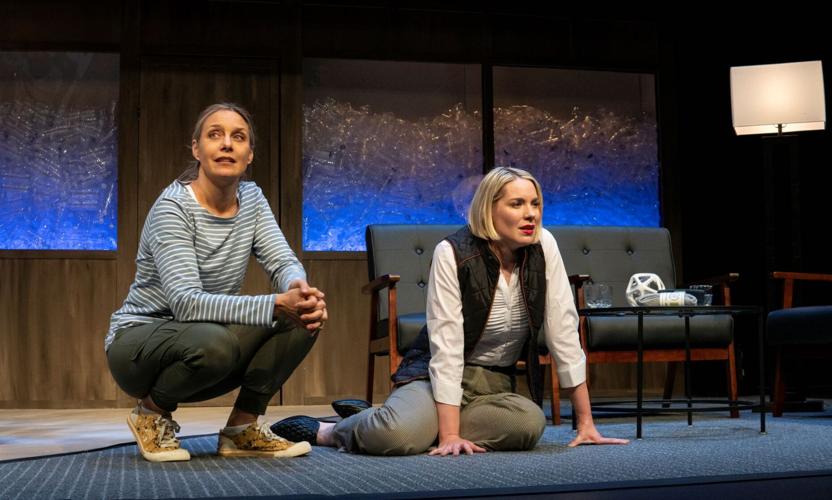 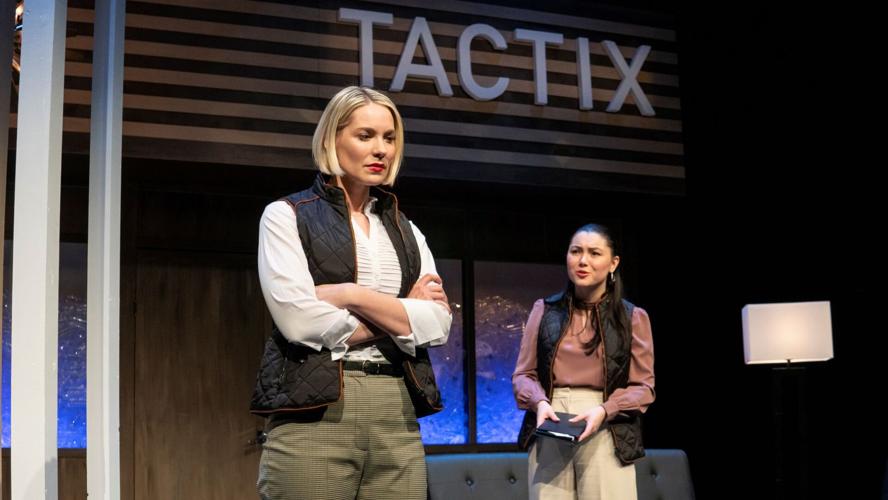 Tracie Lane, left, plays a CEO who must answer tough questions from a journalist played by Christine Turturro in "Burst" at Alleyway Theatre.