Subscribe for $1
Read Today's E-Edition
Share This
A lush, romantic production of 'Anastasia' at Shea's
0 Comments
Share this
Support this work for $1 a month
Anthony Chase

I have always thought that “Anastasia,” the eye-popping and lushly romantic musical with book by Terrence McNally, music by Stephen Flaherty and lyrics by Lynn Ahrens, is woefully underrated. Critics seem to begrudge its old-fashioned, musical theater proficiency. McNally, Flaherty and Ahrens also collaborated on the musical “Ragtime.” The New York Times called the former a “chore,” and the latter, “utterly resistible.” I love them both.

In support of my view, I offer the national tour of “Anastasia,” now at Shea’s, in which Kyla Stone, a young Judy Garland of a performer with a soaring voice and seemingly limitless talent, plays the title role. The plot is borrowed from the 1997 animated film, the 1956 Ingrid Bergman movie, and the 1952 play by Marcelle Maurette.

We meet Anya, a young woman who has amnesia. Playing into the legend that Anastasia Romanov, the Russian Grand Duchess who was killed, along with her entire family, by Bolshevik guards in 1918, might have survived, Anya is encouraged, by a couple of charismatic con artists, to claim that she is Anastasia. The scheme is to collect reward money from Anastasia’s grandmother, the elderly dowager empress, who is living in Paris. In time, however, the con men come to believe she actually is Anastasia, and to make matters more complicated, one of them falls in love with her.

Indeed, the unabashed old-fashioned-ness of “Anastasia” is what I love most about it. This is a show that offers echoes of Lerner and Loewe’s “My Fair Lady” and “Gigi,” wherein young women are also schooled in proper manners, in an effort to deceive or persuade, as well as echoes of many other musicals.

The “Anastasia” score is captivating and makes brilliant use of legit voices among the principal characters, and belting Broadway voices for the secondary comic roles. The book moves the action swiftly, despite the show’s 2-hour, 45-minute length. The seamless transitions between scenes are facilitated by astonishing videography by Aaron Rhyne, which also serves to amplify dramatic moments, on a set by Alexander Dodge. Thanks to the genius of the design, we travel through the Russian revolution, are sent hurling to the top of the Eiffel Tower, and are haunted by the dancing ghosts of the Romanovs.

Linda Cho’s costumes are luscious, especially her re-creations of the court of the Czar, and her Act II Paris fashions. The choreography by Bill Burns is clever, heavily balletic in Act I, which is set in Russia, and jazz-age Charleston with some traditional Russian dance in Act II, set in Paris. Sarah Hartmann has directed the tour. Original Broadway direction was by Darko Tresnjak with choreography by Peggy Hickey.

Discovering Stone, who navigates the role of Anya with winning pluck and magnetism, reminded me of the thrill of seeing an understudy named Sutton Foster go on for the lead at a matinee of “Thoroughly Modern Millie” in La Jolla, Calif., in a career-making performance. We are likely to see this talented performer again.

Sam McLellan is energetic and engaging as Dmitry, who unwittingly becomes Anya’s love interest, playing the role like an escapee from “Newsies,” which I mean in the nicest possible way.

Gerri Weagraff is sweet as the flinty and world-weary Dowager Empress.

Bryan Seastrom is loveable as Dmitry’s partner in crime, Vlad. He scores his best moments opposite hilarious Madeline Raube as Countess Lily – a classic musical comic role in the mold of Miss Hannigan, or Miss Adelaide, or every role Judy Kaye ever played. She’s marvelous. They’re marvelous together. You won’t want their “Countess and the Common Man” number to end. Her “Land of Yesterday” number, a kind of “20th Century Blues,” convinced me Countess Lily could sustain a musical of her own.

Politics weighs more heavily on the musical than in the animated film, in which Rasputin, endowed with magical powers, is the villain. Given the current global political situation, the Buffalo audience had little difficulty, instead, accepting a Soviet officer as the villain of the piece. Lyrics describing St. Petersburg as a place where, “The skies are gray, the walls have ears and he who argues disappears,” were probably greeted with more sober contemplation than is usual.

Brandon Delgago plays Gleb, the officer in question, who, like Javert in “Les Misérables” pursues Anya to Paris. Gleb will have his “Sound of Music” moment, however, when he finally catches up with his prey. Delgado has a pretty tenor voice, that plays against his menacing character effectively.

Modern forensic science, of course, has proven Anastasia did not escape, but the world of the musical traditionally delivers the world we wish we lived in, not the world that is. “Anastasia” happily allows us to escape to that lushly romantic and melodic place for one delightful evening.

Following the evening show, cast member James T. Lane delivered a message of sympathy, love and unity to the audience and Buffalo on behalf of the touring company that talked of the "mass shooting just a little bit shy of two miles from this theatre."

With a burst of humanity, Ujima's 'Spunk' is what Buffalo needs now

“Spunk,” with its range of humor and pain, pride and shame, is bursting with humanity, delivered with the poetic voice of one of the last century’s most authentic writers.

“We are shaken as a community. We need to heal,” said ART Executive and Artistic Director Matthew LaChiusa.

Aleks Malejs is extraordinary as Emma, an actor in the throes of addictive collapse.

With hit after hit, 'Ain't Too Proud' is a nostalgic, energetic celebration of the Temptations

Just like the Temptations themselves, “Ain’t Too Proud” is shamelessly all about the music, hit after hit after hit, and that is plenty, News reviewer Melinda Miller says.

Physical theater defies efforts to describe it when the entire concept is for it to be experienced in person. Nevertheless, Kimberly Bartosik gives it a try. Bartosik is a choreographer and director based in New York City, now in Buffalo as part of a residency at Torn Space Theater Company.

The production is lavish by local standards, but whereas the multimillion-dollar Broadway version was a dizzying and incessant blur of Disney “imagineering,” this littler production allows its young audience to use its imagination.

At Lancaster Opera House, an entertaining 'Joseph and the Amazing Technicolor Dreamcoat' made for our times

By paring down the glam and glitter, the inherent creativity of the music and lyrics takes over the spotlight. 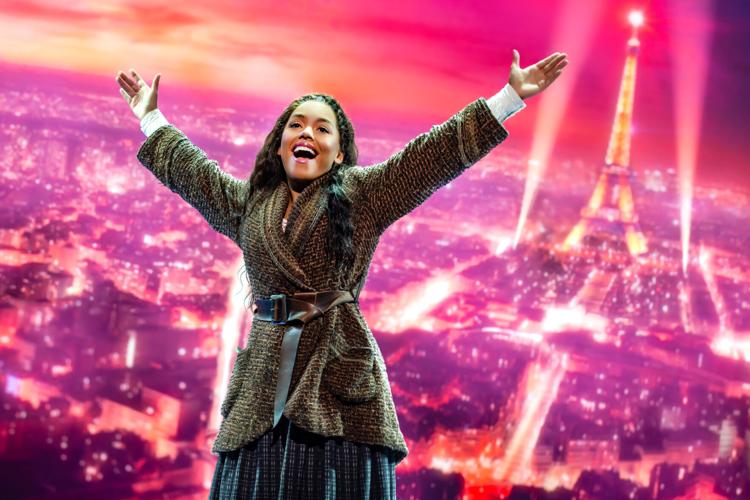 Anthony Chase writes that Kyla Stone navigated "the role of Anya with winning pluck and magnetism." 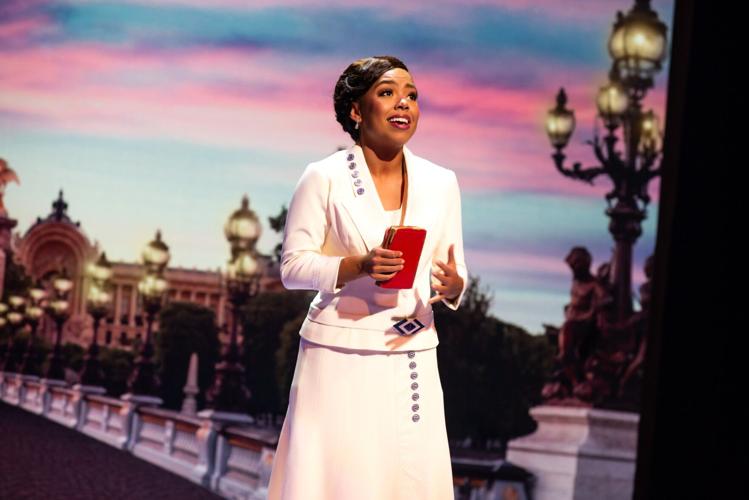 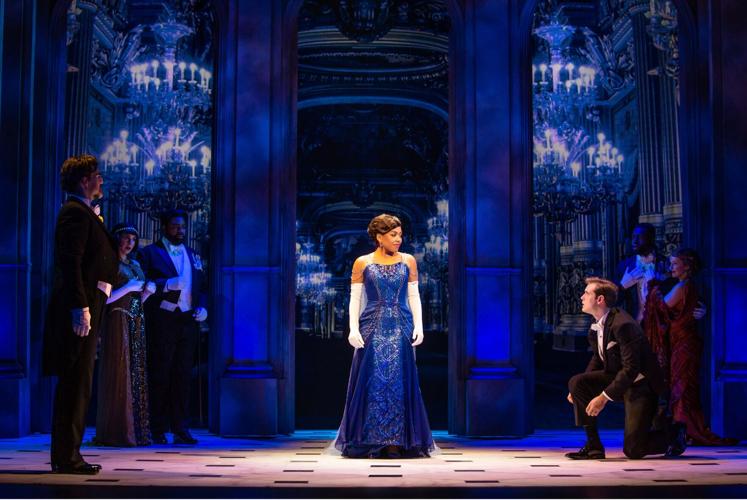 "Anastasia," starring Kyla Stone as Anya, is at Shea's through Sunday.