In his program notes for “Magnolia Ballet,” director Carlos Jones reminds us that certain types of stories seldom find their way to the stage in the American theater. He’s talking specifically about the “Black/queer male coming-of-age story” of the very sort that playwright Terry Guest tells in “Magnolia Ballet,” which opened this week at Alleyway Theatre.

Guest’s play is getting a good deal of exposure, thanks to the National New Play Network “Rolling World Premiere” program. Traditionally, a play has its world premiere at one theater, after which it is usually never seen again. Playwrights call this the “one-and-done” paradigm. Through “Rolling World Premiere,” the National New Play Network supports three or more theaters that choose to mount the same new play within a 12-month period. “Magnolia Ballet” is being produced in Buffalo, and also at theaters in Indiana and Michigan.

It will be difficult for any production to compete with the sheer charm of the Buffalo cast. Young Nigel Reynolds, a recent SUNY Fredonia graduate, is adorable as Ezekiel Mitchell, a 17-year-old African American kid living with his father in rural Georgia. Reynolds projects a combination of youthful innocence and joyful goodness, while at the same time, a world of worry weighs down on him.

His father, determined to prepare him for an unfair world, is hard on Ezekiel. On top of that, the boy is holding a secret. He is gay.

Reynolds creates a character who, despite the ways that life knocks him down, always bounces back up with a resiliency that is, at times, heartbreaking. We yearn for this young man’s happiness.

The story is told in a non-realistic style, with doubling of characters, expressionistic sequences, and even a ghost. Sydney Lynne, a Chicago-based installation and scenic designer has designed the set, which suggests the Mitchell’s humble home and its adjacent shed. Janessa A. Harris, a Houston-based lighting designer, has created the heavily textured lighting. Zech Saenz from Indiana has done the costumes, and Willow James has designed the sound. They create a world that fluctuates between past and present, reality and dreams, as this story unfolds.

Ezekiel is feeling the surge of first love with his friend, Danny, who is white, and whose last name is also Mitchell. This relationship is a source of both anxiety and joy, however, for the boys’ fathers grew up together, and Ezekiel’s father is harsh and to make matters worse, he harbors animosity towards Danny’s father for his deep racism.

Richard Satterwhite plays both fathers, imbuing one with smoldering gravitas and the other with comic buffoonery. His entrance as Danny’s father, a redneck sheriff, is one of the evening’s comic highlights, and Guest is, perhaps, strongest as a playwright when he makes his boldest theatrical gestures.

Shawn Adiletta gives a winning performance as conflicted Danny Mitchell, a boy with a cheerful and sarcastic manner, who yearns to escape the darker aspects of his family and regional heritage.

Dennis Wilson plays the apparition of Ezekiel’s grandfather, and in one marvelous scene, the ghost of his mother. This scene ignites the audience with the character’s first, “Well, well, well!” as Wilson demonstrates his grace and versatility as an actor.

There is a lot packed into the play, which its fluid structure is able to sustain. The momentum of the plot is divided into discrete sequences. The language is dense and highly poetic. At times the script bursts into kind of spoken arias, as characters speak their truth with dense and heightened language. Contrasts are introduced easily, as in the casting of one actor as both fathers, or when the two boys collaborate on a class project about the Civil War and find themselves at cross purposes.

There is perhaps one coincidence too many, occurring when Ezekiel and Danny’s fathers turn out to have harbored identical secrets, both documented identically through preserved stashes of letters. While there might have been many avenues to conclude the play, Guest lights on a most melodramatic finish.

Still, the play is consistently engaging and its themes are explored in highly absorbing fashion. The cast is uniformly compelling and the direction is taut and elegant. Alleyway has given this moving play a very handsome premiere.

“The Sound of Music,” now onstage at the Lancaster Opera House after the “Snowvember” postponement, is a holiday treat from top to bottom.

“Cadillac Crew” by Tori Sampson, which opens Dec. 1, kicks off the season with a story set during the peak of the civil rights movement.

With a potent variation on the “Black Lives Matter” theme, this play argues that visibility and recognition also matter.

With nearly three dozen songs, an energetic cast and an onstage band, this show is designed for up-tempo, nostalgic entertainment and easy escapism.

Road Less Traveled's 'Guards at the Taj' was worth the wait

“Guards at the Taj” is just the kind of play you want to see if you like theater that is human, meaningful, funny, shocking, fresh, sad, happy, relevant and/or just plain good, writes Melinda Miller.

See 'Tina: The Tina Turner Musical' for the songs and performances, not the script

"The script does get us from song to song efficiently, and the cast is uniformly excellent," says News reviewer Anthony Chase.

Ujima's 'Toni Stone' is an engaging, inspiring story of the first woman player in professional baseball

Racism and sexism meet their match in the formidable character of Toni Stone.

In 'Boulevard,' Torn Space takes the audience on a unique journey through virtual reality, live theater

There are two segments of about 30 minutes each that are simultaneously occurring: one is a live performance, the other is watched by wearing virtual reality goggles. 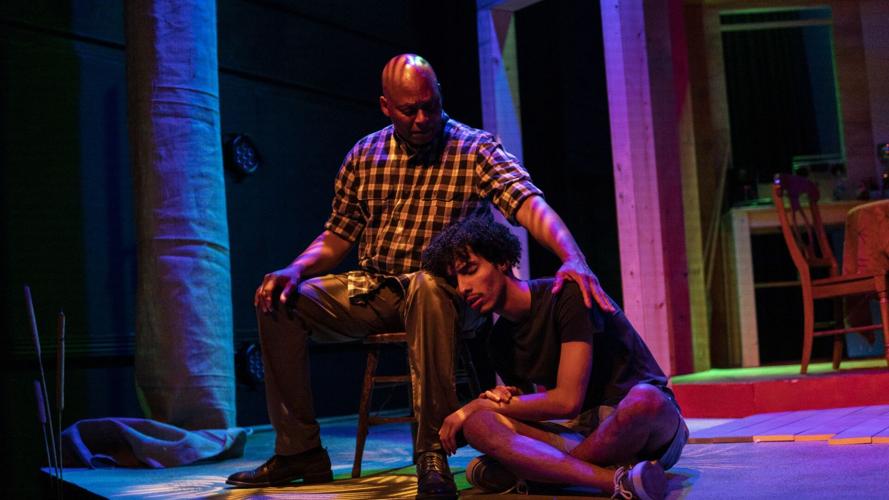 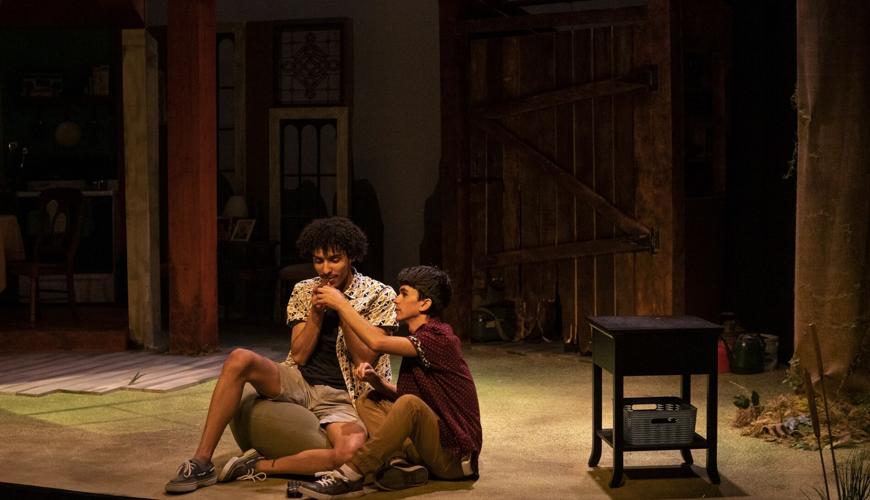