Subscribe for $1
Read Today's E-Edition
Share This
What's the plan? Development officials have some ideas
0 Comments
Share this
Support this work for $1 a month
Jonathan D. Epstein

The plan focuses on:

• Attracting and retaining workers in a tight labor market with record-low unemployment.

The Comprehensive Economic Development Strategy plan that the Erie County Industrial Development Agency just approved is part of its effort to maintain eligibility for federal grant funds that support loans to businesses. Developed with consultants from MRB Group and Prospect Hill Consulting, the plan focuses heavily on resilience, equity and inclusion, and on "economic justice."

The plan isn't just about business. Among the key factors it considers are how to attract and retain workers by enhancing quality of life, offering recreational opportunities, promoting safe and affordable housing and providing child care. Regional collaboration is also critical.

But it also cites the "dire need" for speculative development of industrial sites and buildings, access to capital and resources for small businesses, the availability of shovel-ready sites, and the importance of modern and robust logistics infrastructure around water, broadband internet service, energy and transportation.

For over 43 years, the ECIDA has received millions of dollars from the U.S. Economic Development Administration, which is part of the U.S. Department of Commerce. Among other purposes, that money backs the county's revolving loan fund, which is administered by the Buffalo and Erie County Regional Development Corp., an ECIDA affiliate.

But to maintain eligibility for the funding as a regional planning organization, the ECIDA must submit and update its economic development plan for the county at least every five years. So after doing so in 2011 and 2016, the agency kicked off a new process in July 2021 – with at least two workshops and input from 22 municipalities – and formally adopted the new policy last week.

• Schumer breaks log-jam, frees up $17M in funds for WNY

Then: WinnCompanies, the nation's largest operator of affordable housing, is planning a yearlong rehab of the Whitney Neighborhood in Buffalo's West Village Historic District. That's a cluster of 10 non-adjacent buildings on Carolina and Georgia streets, Prospect Avenue, Johnson Park and Whitney Place, with a total of 135 apartments.

The developer, which acquired them in early February for $8.33 million, plans to use low-income housing tax credits, state and federal historic tax credits and additional funds from New York State Housing and Community Renewal to finance the project.

Now: State officials on Monday awarded the project $31 million, which will help to fund substantial repairs and improvements to improve safety and cut energy use.

Twenty-one of the homes will be set aside for homeless veterans, with supportive services from Soldier On, but all 135 apartments will be covered under Section 8 rent subsidies from the U.S. Department of Housing and Urban Development.

The funding is part of $682 million in housing bonds and $219 million in subsidies from Housing and Community Renewal's June 2022 bond issuance, which will leverage $218 million in private funding to create or preserve more than 1,600 affordable, sustainable and supportive housing units statewide.

THE LATEST, IN CONTEXT

What: Get ready for some locally produced gluten-free craft beers from Ghostfish Brewing Co. The Seattle-based brewery is opening an East Coast processing and distribution center within vacant space at the Grape Discovery Center in Westfield, where it will produce beverages to meet the growing consumer demand in both U.S. states and Canadian provinces east of the Mississippi River.

“We chose this location based on favorable production cost, the good labor market, proximity to I-90 for distribution, water quality for brewing, and sources for raw materials," said Ghostfish East President Richard Smith.

It was voted "Best Beer Brand" in the 2017 Gluten Free Buyer's Guide, and its Grapefruit IPA is the top-selling gluten-free IPA nationwide. Its products are distributed in 19 U.S. states and four Canadian provinces.

The new brewery will occupy 5,100 square feet at the Chautauqua County facility, which also hosts the official Visitor's Center for the Lake Erie Concord Grape Belt. Besides beer production, the company plans to eventually offer brewery tours, and may add tasting and beer sales.

“Chautauqua County has seen a tremendous increase in the number of breweries and distilleries in the past several years," Mark Geise, CCIDA CEO and deputy county executive for economic development. "The new gluten-free brewery is unique and will add value to the County’s other collective craft beverage makers.”

Five local companies are getting nearly $400,000 in grants from National Grid for expansion projects.

Buffalo Bills and Sabres owner Terry Pegula is branching out into the financial services world.

How can banking services be brought to underserved communities? Bank on Buffalo plans to take them on the road.

The state's legal cannabis market is still taking shape, but there are plenty of opportunities and pitfalls for stores, growers and anyone else looking to jump into what likely will be a big new business in New York.

A Niagara Falls fitness equipment maker has been acquired by a private-equity-backed company that already owns some big national brands.

Legislation to restore the pension savings of the retired Delphi workers has gained support from the left and the right in Congress. It passed the House on Wednesday, and supporters are hopeful the Senate will follow suit.

A bill that would fund a series of technology hubs across the country – and possibly in the Buffalo Niagara region – has been passed by the Senate.

1. Rich Products relies on innovation and new products to keep its business growing – and a good portion of those efforts are based in Buffalo.

2. The rules for would-be cannabis store operators remain murky – and that's just one of the challenges they face as the launch of a legalized marijuana marketplace approaches.

3. David Balkin, the new president of SUNY Erie Community College, is moving quickly to make his mark on the struggling institution.

4. Amazon's big distribution center in the Town of Niagara is approved, but it still has plenty of hurdles to clear.

5. Buffalo's startups aren't just for coders. They're luring accountants and sales workers, too: Though more and more startup companies are geared toward technology and there is a demand for tech employees – especially in Western New York – employees such as accountants, customer service representatives and salespeople are vital parts of these organizations, as well.

The Buffalo Next team gives you the big picture on the region’s economic revitalization. Buying a building? Redeveloping a property? Got a tip? Reach Real Estate & Development reporter Jonathan D. Epstein at 716-849-4478 or email him at jepstein@buffnews.com.

It's a changed world for housing across the Buffalo Niagara region – and even bigger changes could be coming.

Plans for a new $200 million marijuana growing and production facility in South Buffalo are back on track.

Empty Amazon warehouse in Hamburg gets scrutiny over tax breaks

The e-commerce giant is facing scrutiny in Hamburg over a warehouse that was completed in March but remains empty – despite the company getting nearly $7 million in tax breaks.

The MLB, NFL and NBA will become minority owners in New Era, giving three of its biggest sports partners a direct stake in the company.

Hochul: NY to give health care workers bonuses up to $3K as 'a sign of our gratitude'

New York State will begin paying healthcare workers bonuses of up to $3,000 as part of the governor's plan to bolster the state's healthcare industry.

No judgment at this new wine bar in Lancaster

Wine and hospitality have been a part of Katie McKenna-Heveron’s life for as long as she can remember.

With good-paying jobs, strong customer connections and technical expertise, Moog's operations are the type of manufacturing that the region's business recruiters are eager for more of.

The fine against Safire Rehabilitation of Northtowns is tied to an inspection completed two days after 78-year-old Judith Schrecengost was found dead in the courtyard at the Sheridan Drive facility.

Watch now: Has the housing market cooled off?

Watch now: Has the housing market cooled off? 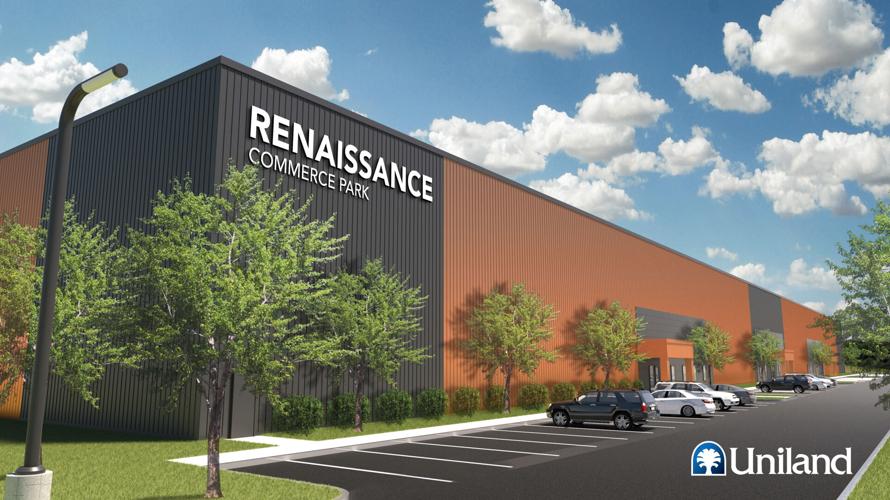 Uniland plans to build a second warehouse in Lackawanna on "spec," without a tenant committed to it in advance.