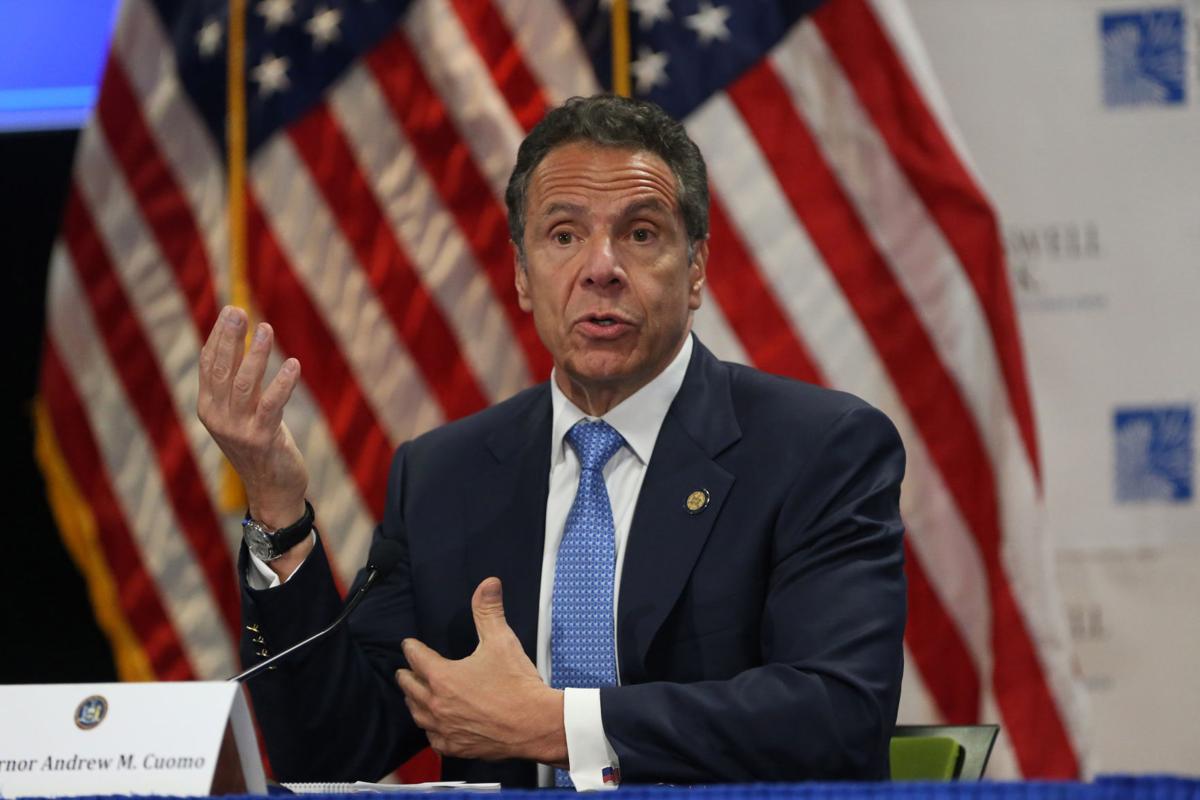 "Access today is not a highway system or a phone call. It’s the internet system and the broadband system," Gov. Andrew M. Cuomo said as he signed the state's new broadband legislation into law during an event at the Northland Workforce Training Center in Buffalo. 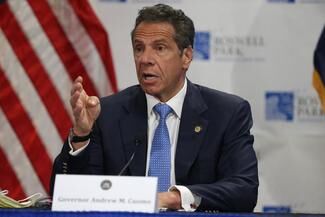 Google founder and philanthropist Eric Schmidt's Schmidt Futures and the Ford Foundation teamed up to finance the ConnectED NY initiative, a fund to ensure that 50,000 students in economically disadvantaged school districts can get free internet access through June 2022.

That is intended as a bridge to ensure those students can access online classrooms and other services for at least another year, to carry them through the Covid-19 pandemic.

"Access today is not a highway system or a phone call. It’s the internet system and the broadband system," Gov. Andrew M. Cuomo said as he signed the state's new broadband legislation into law during an event at the Northland Workforce Training Center in Buffalo. "For America, broadband holds great power. It will either be the great equalizer for society, or it will be the great divider."

The first-in-the-nation law requires all internet providers that do business in the state – including Verizon Communications and Charter Communications' Spectrum – to offer high-speed internet service to low-income consumers at a rate of no more than $15 per month. It was authorized as part of the new state budget.

"That's the cost that they must provide to any low-income family in the state," Cuomo said. "That will democratize access to society and services."

That $15 rate – which must include equipment, taxes and fees – will be available to any New Yorker who is eligible for or receives free or reduced-price lunches, food stamps, Medicaid benefits, senior citizen or disability rent-increase exemptions or an affordable benefit from a utility.

Those who can't even afford that will be eligible for help from ConnectED NY, Cuomo said.

"The pandemic has made it clear that we cannot consider high-speed intent a luxury. It is a necessity for modern life," Buffalo Mayor Byron W. Brown said. "The governor has already worked to expand broadband. We need to make sure it is affordable. Signing this bill does just that."

The state also launched its Affordable Broadband Portal website to help New Yorkers find affordable services in their area. It also includes information about the Federal Communications Commission's Emergency Broadband Benefit Program, which provides a $50 per month subsidy, plus a one-time discount of up to $100 on computers and tablets.

What do internet providers think?

"The companies are not happy with me, and they’re not happy with the law, because they will make less profit," Cuomo said. "But this is a franchise that they have in the state of New York ... They don’t have a God-given right to be a provider in New York state."

The legislation and fund are part of Cuomo's 2021 Connectivity Agenda, and stemmed from the work of the state's Reimagine New York Commission, which was formed by Cuomo to rebuild the state after the pandemic, with a focus on equity. The 16-member panel, which met more than 50 times, was led by Schmidt.

"The internet is no longer optional. It’s essential to education," Schmidt said. "It’s a moral duty. It’s the right thing to do."

What else is being done to improve broadband access?

The latest initiative follows a $500 million program that the state launched in 2015 to broaden internet access statewide. Today, according to the governor, 98% of New York households have access to high-speed broadband service with download speeds of at least 100 megabytes per second.

The state is also conducting an in-depth mapping study of broadband service to identify availability and reliability of service, evaluate the quality and pinpoint the gaps that still need to be filled.

However, that didn't address the affordability question, Cuomo noted. A basic high-speed internet plan costs more than $50 per month on average, and is often bundled with telephone and cable television service at a cost of a couple of hundred dollars each month.

"These internet packages are often very expensive," Cuomo said. "It can be hundreds or thousands of dollars a year to get access to the internet, and many New Yorkers can't afford it, especially in the post-Covid economy."

How wide is the digital divide?

Nationwide, according to state officials, 43% of people earning less than $30,000 and 26% of those earning between $30,000 and $50,000 don't have an internet connection at home. And only 66% of Black households, 61% of Hispanic households and 53% of Native Americans living on tribal lands have internet service at home.

"Most people are walking around with a smartphone, but that doesn’t mean they have access to the internet," said Assembly Majority Leader Crystal Peoples-Stokes, D-Buffalo. "Some people are bringing their kids to the library to do homework, or sitting outside McDonald’s or Taco Bell to get Wi-Fi."

Talks continued over a plan to legalize mobile sports gambling and an effort to drive more than $2 billion to migrants in the country illegally and former prisoners.

The Rochester-based company has identified the first Buffalo neighborhoods – parts of the West Side and the Elmwood Village – where the company will offer its service.

In a school year like no other, the last day comes as a relief

Unlike prior last days, the Covid-19 pandemic has made this one much less ceremonial and much more fraught with conflicting

Another Voice: State must help schools with broadband access

"With the potential for remote learning in the future, access to high-speed internet has never been more important," writes Patrick McCabe.

"Access today is not a highway system or a phone call. It’s the internet system and the broadband system," Gov. Andrew M. Cuomo said as he signed the state's new broadband legislation into law during an event at the Northland Workforce Training Center in Buffalo.